We took a drive up to the Superstition Mountains, a rugged range east of Phoenix, originally home to a Silver Boom (the Lost Dutchman Mine, etc.) and still home to many copper mining operations.

Up in the mountains, high above the Salt River and Roosevelt Reservoir, sits Tonto National Monument.  This is a National Park site dedicated to the Salado Culture and preserving two rock cliff dwellings.  We visited the Lower Cliff Dwelling, which required a half mile uphill hike to an interesting ruin which had been occupied by about 50 people.  (The visit to the Upper Cliff Dwelling requires a 3 to 4 hour hike and advance reservations, which we did not do.)  The ruins have a striking view of the Salt River Valley and Roosevelt Reservoir.  The visitor center had an informative movie and a small selection of artifacts. 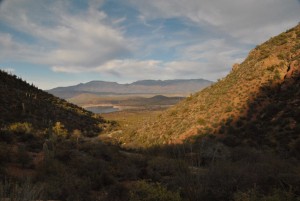 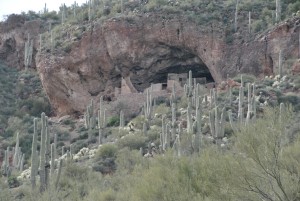 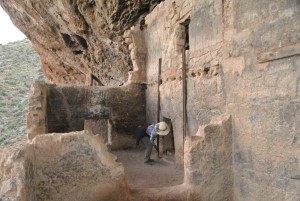 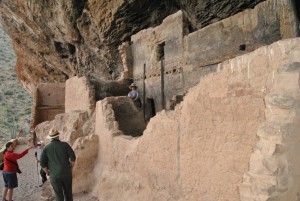 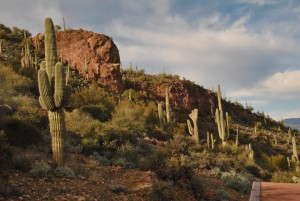 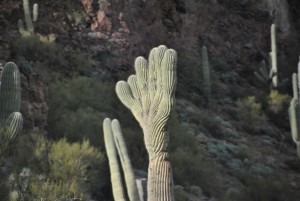 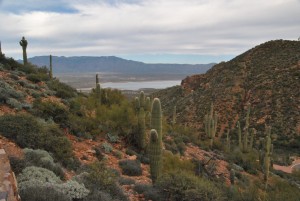 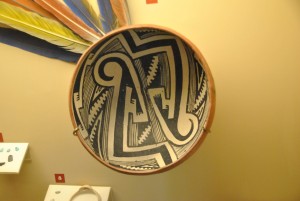 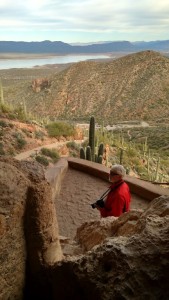 This gem of a site is nestled right in the city of Globe, AZ, and is operated by that town.  It was a much larger Salado site, with an estimated population of 300 – 500 people.

Unlike Park Service sites that are dedicated to preserving historical sites in their existing condition, Besh Ba Gowah has attempted to reconstruct a portion of the original village using the original rocks and materials found on the site.  While less historically correct, this gives a clearer picture of what the community may have looked like.  Also, they have retained all of the artifacts that have been excavated from the site.  This makes for an amazing museum. 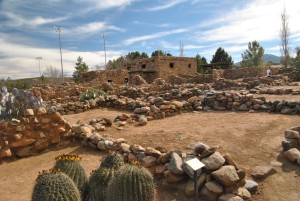 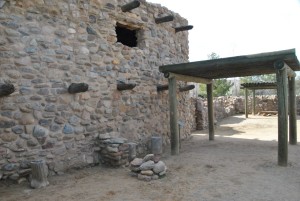 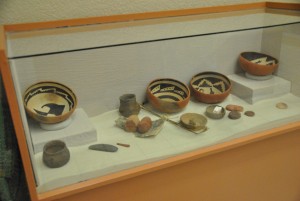 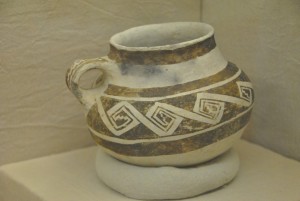 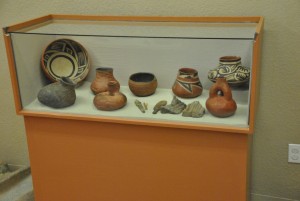 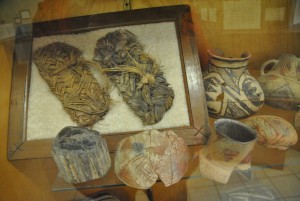 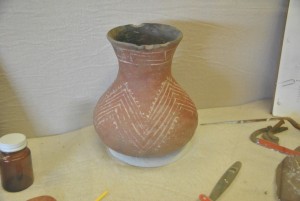 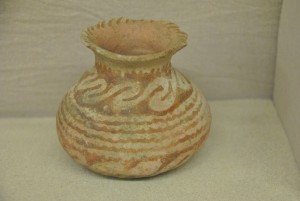