After leaving Tulelake and 106* temperatures, we crossed the Pacific Coast Range of mountains pulling our thirty-eight foot, 16,000# trailer.  It wasn’t too bad, but Judith didn’t particularly enjoy the drive.  We arrived in Crescent City, CA, where the high temperature was never above 67*!  We were within walking distance of the ocean and a good seafood restaurant.  Outside the restaurant were docks with cormorants and harbor seals resting. 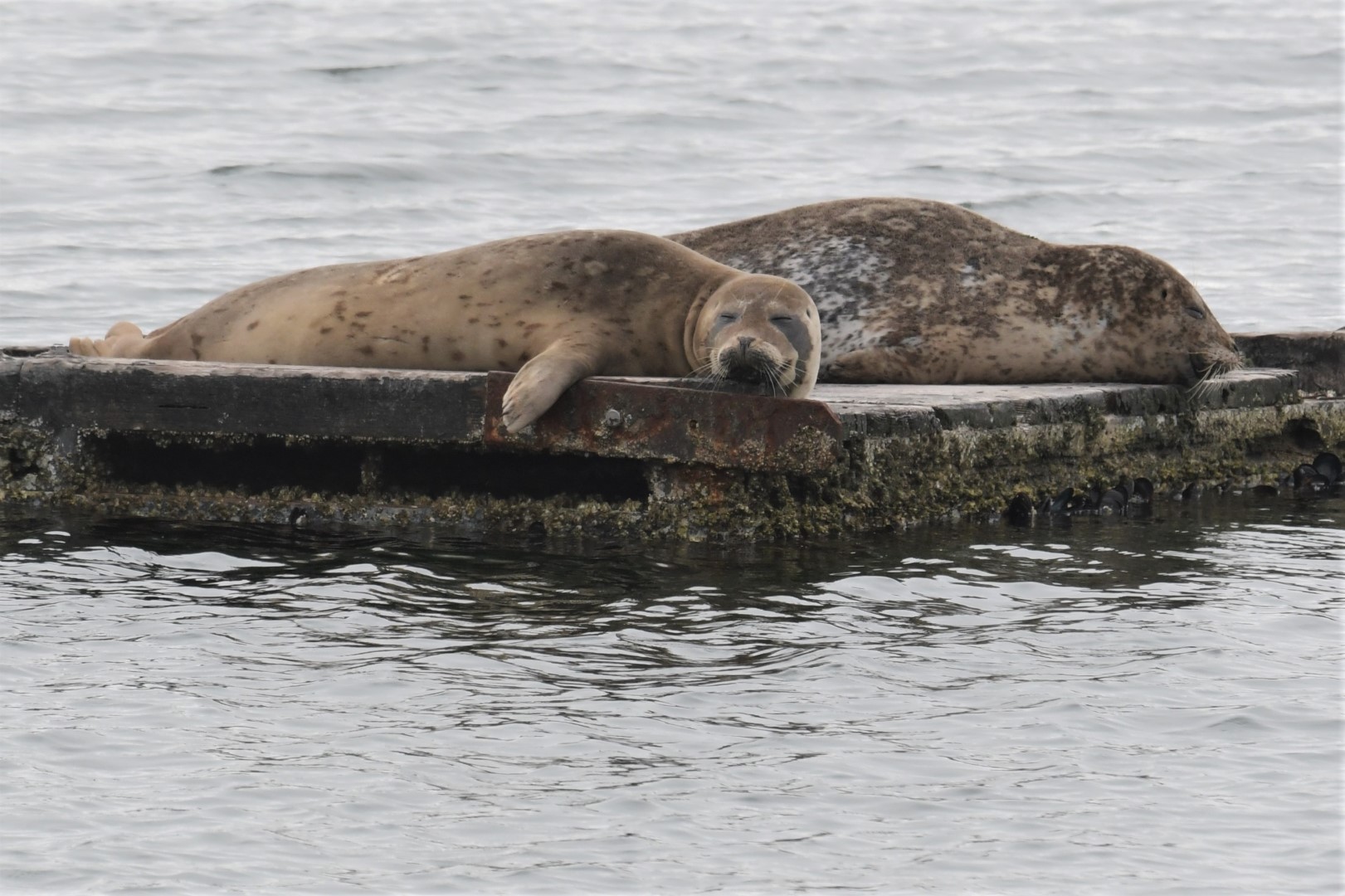 On a nearby beach were many shorebirds:  Least Sandpipers and Snowy Plovers:

The vegetation around the beach had many of these pretty flowers. 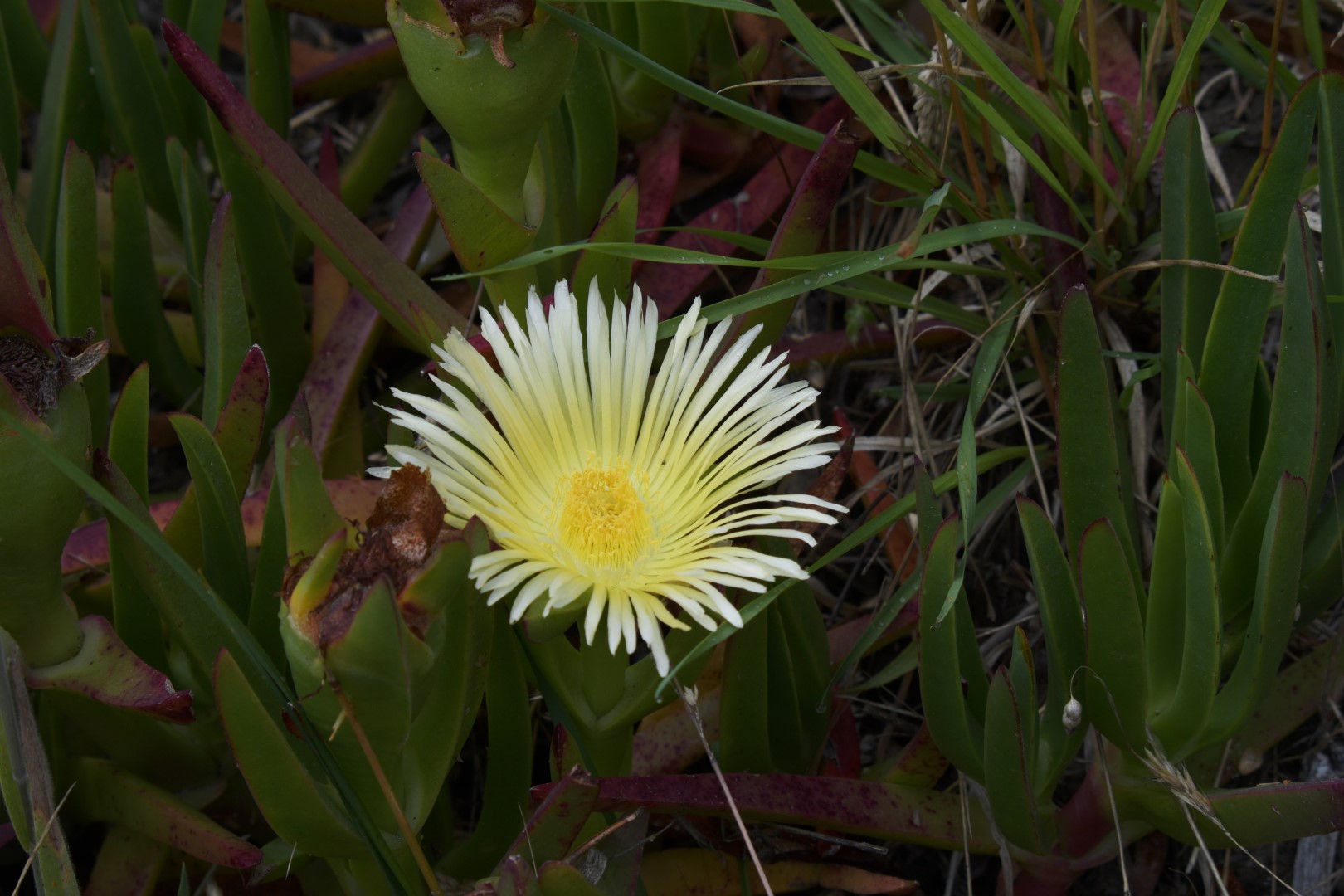 It was only a short drive up a very narrow two-way gravel road to Stout Grove in the Redwood National Park.

The Redwoods were awe inspiring.  Pictures cannot truly capture the size and majesty of these giants… but we tried anyhow. 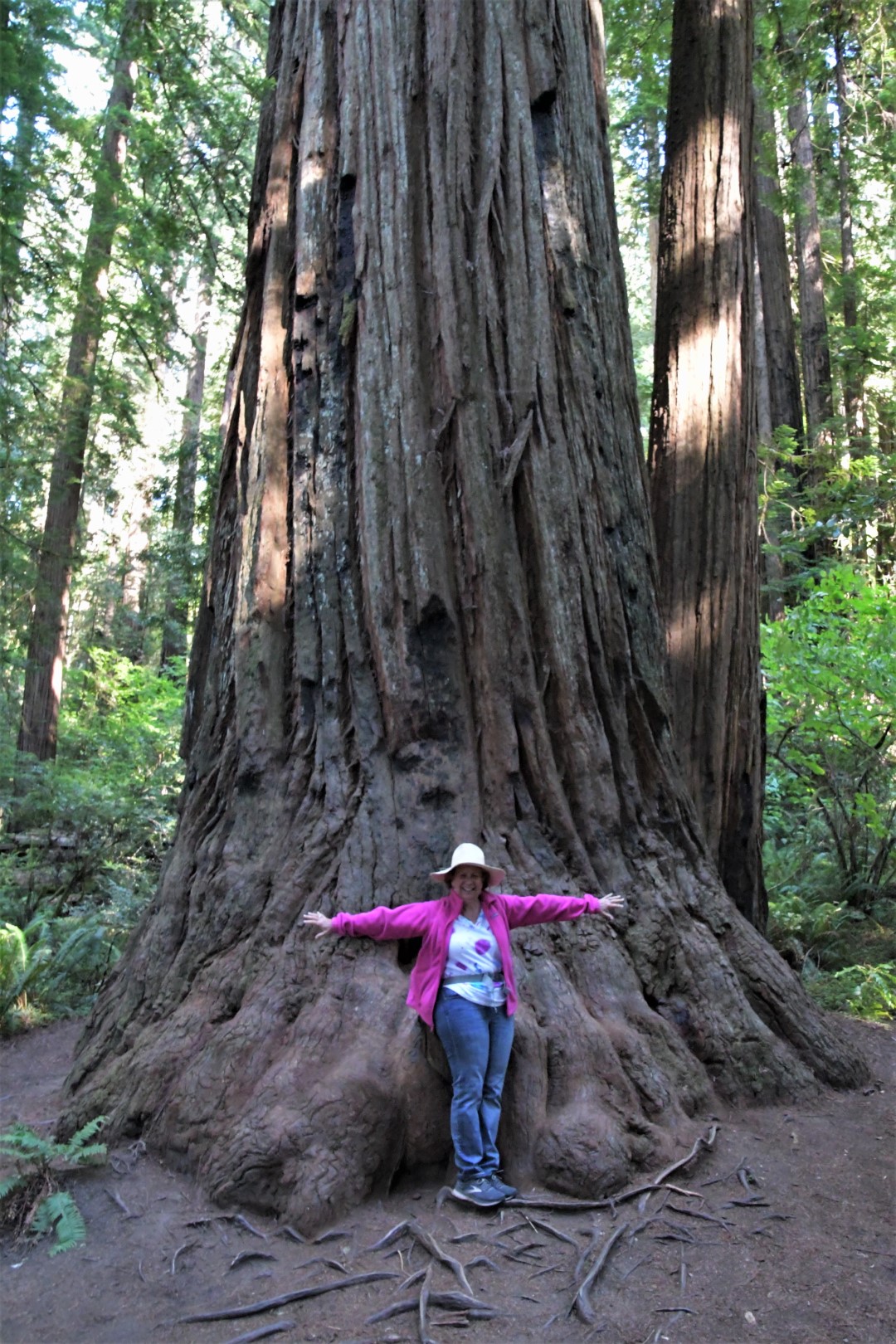 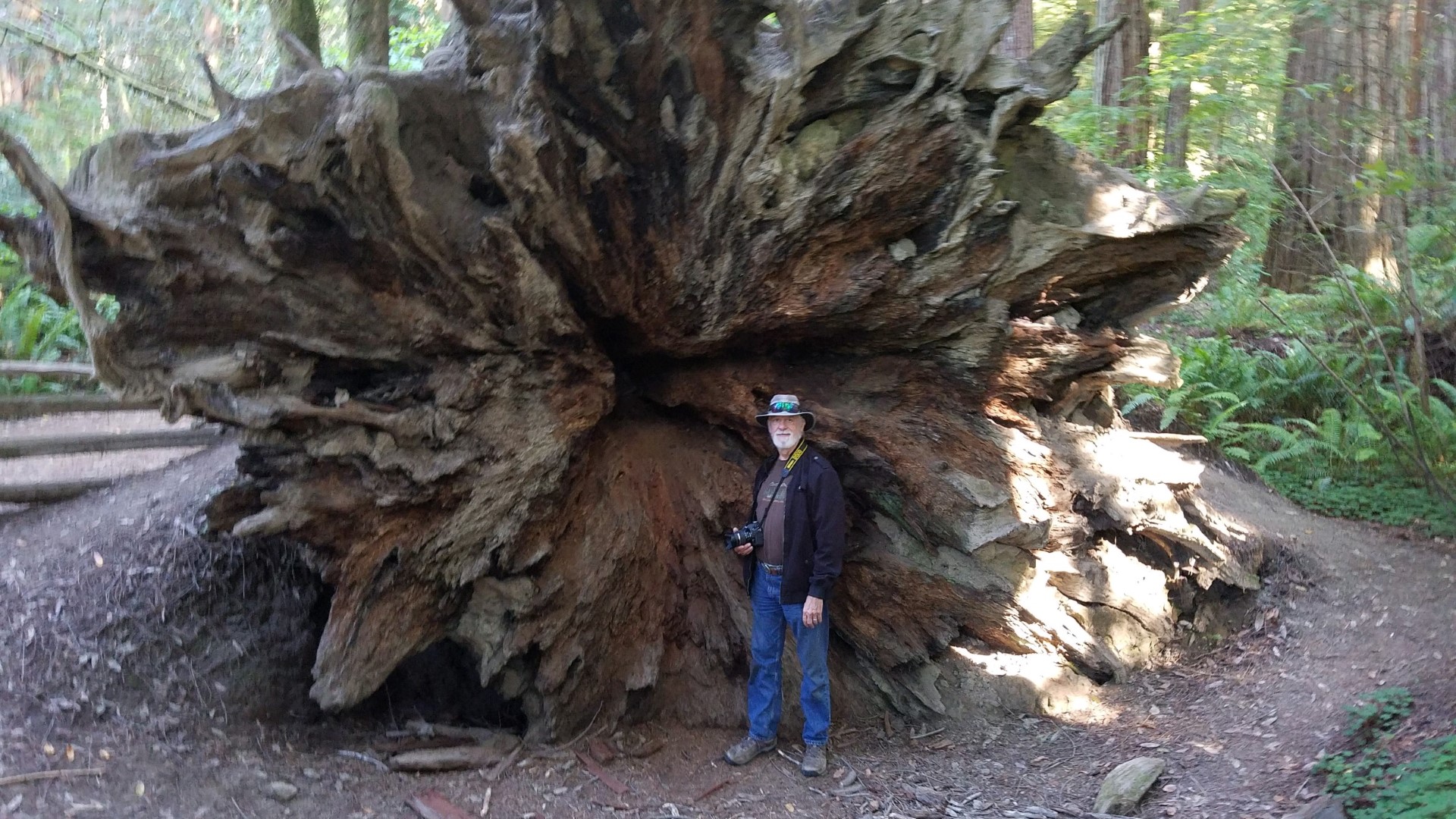 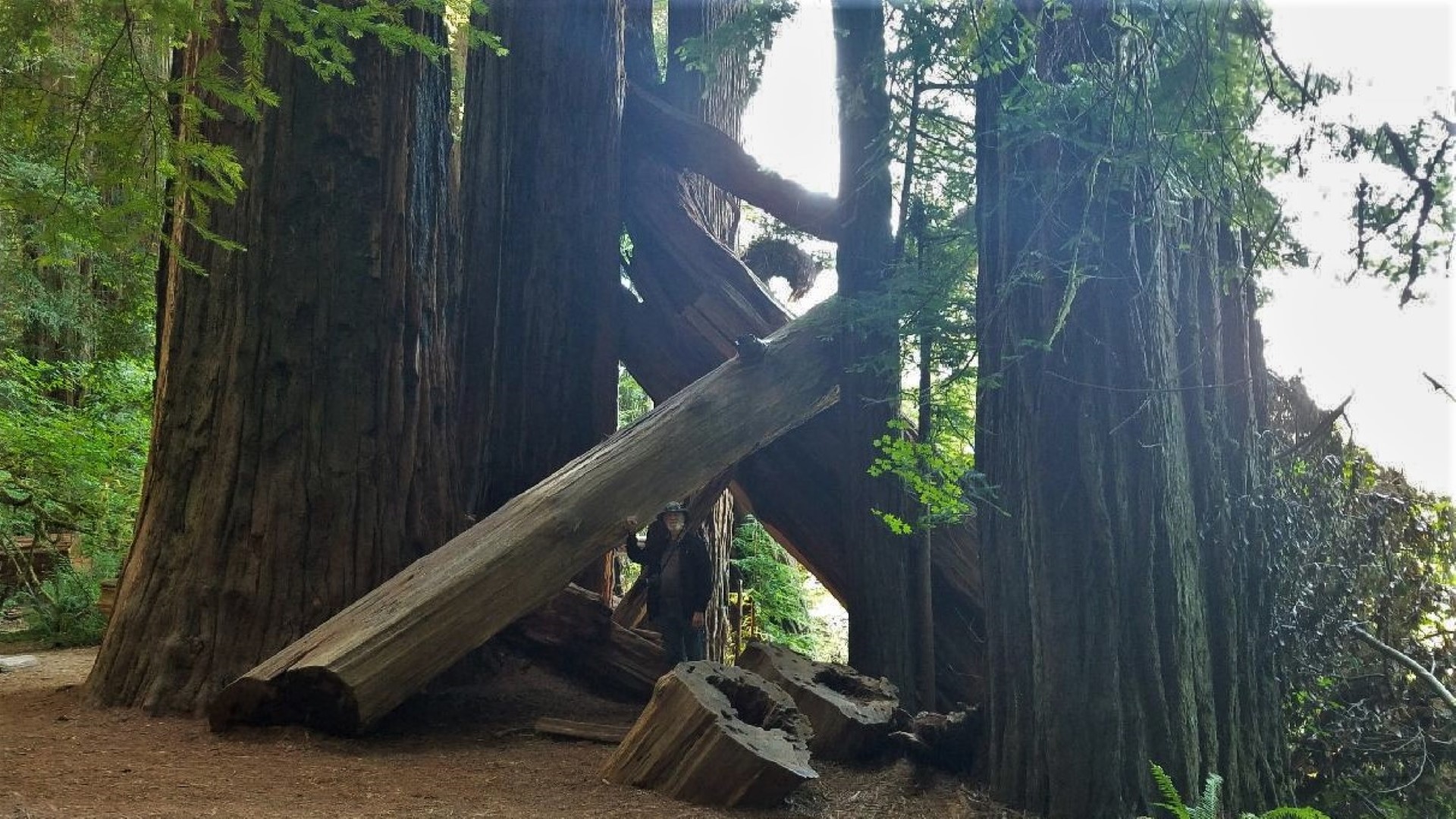 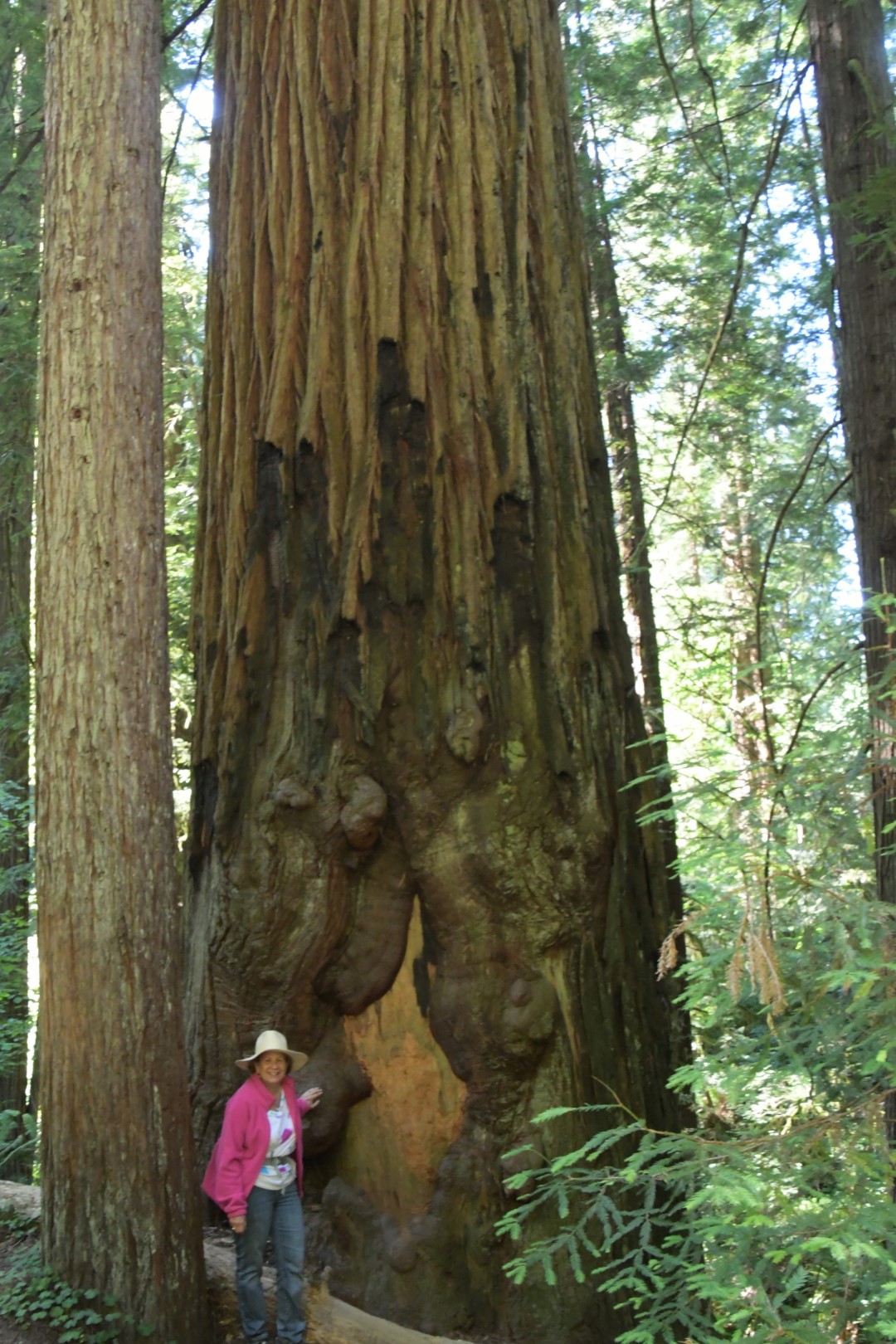 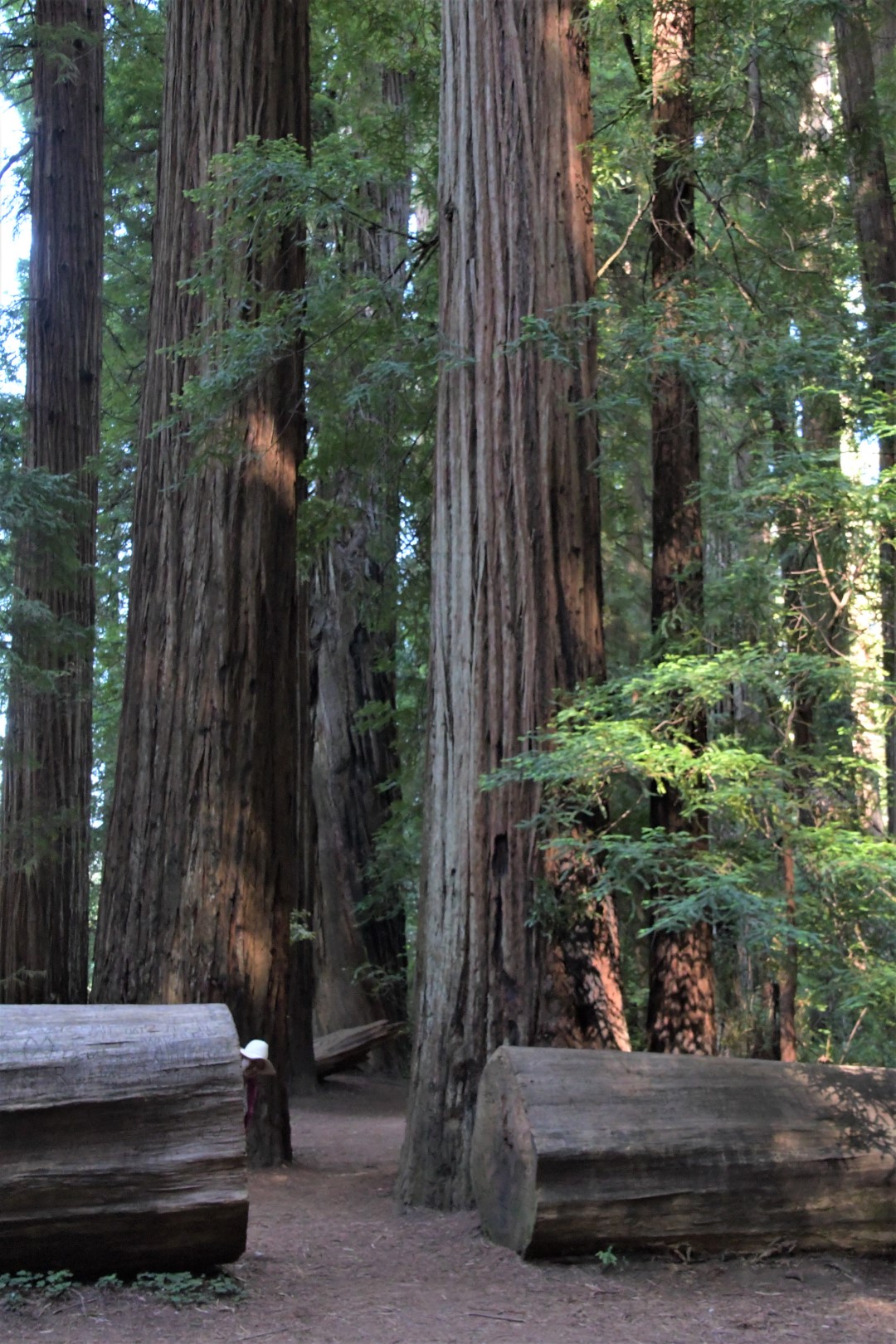 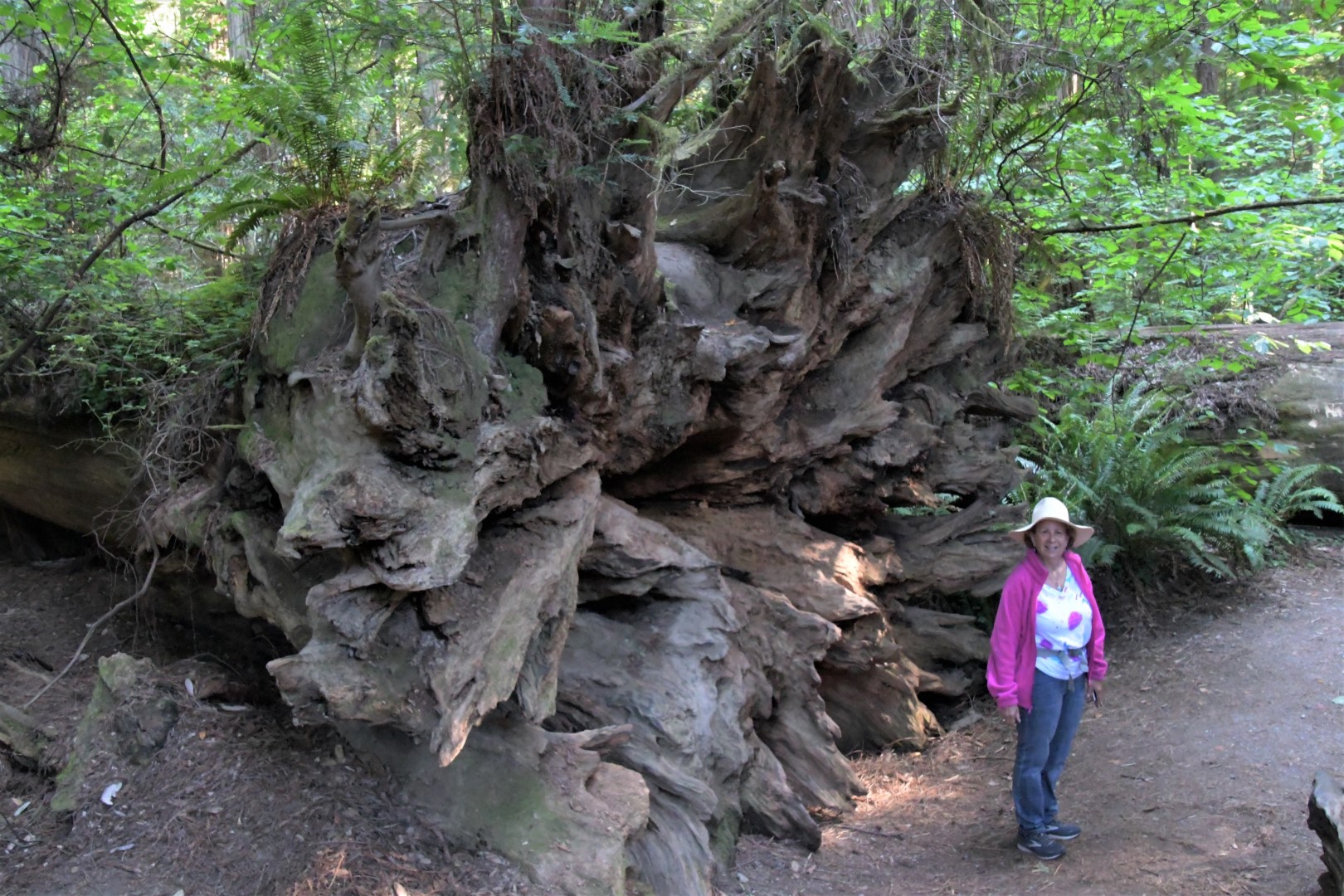 The trees just go up, and up, and up!  Do you see Judith?

I thought the trunk of this one looks like a grumpy old man’s face.

Of course there was a little bit of wildlife there.

We also visited the Battery Point Lighthouse at the edge of the harbor in Crescent City, built in 1856 and still functioning today.  It is only accessible at low tide! 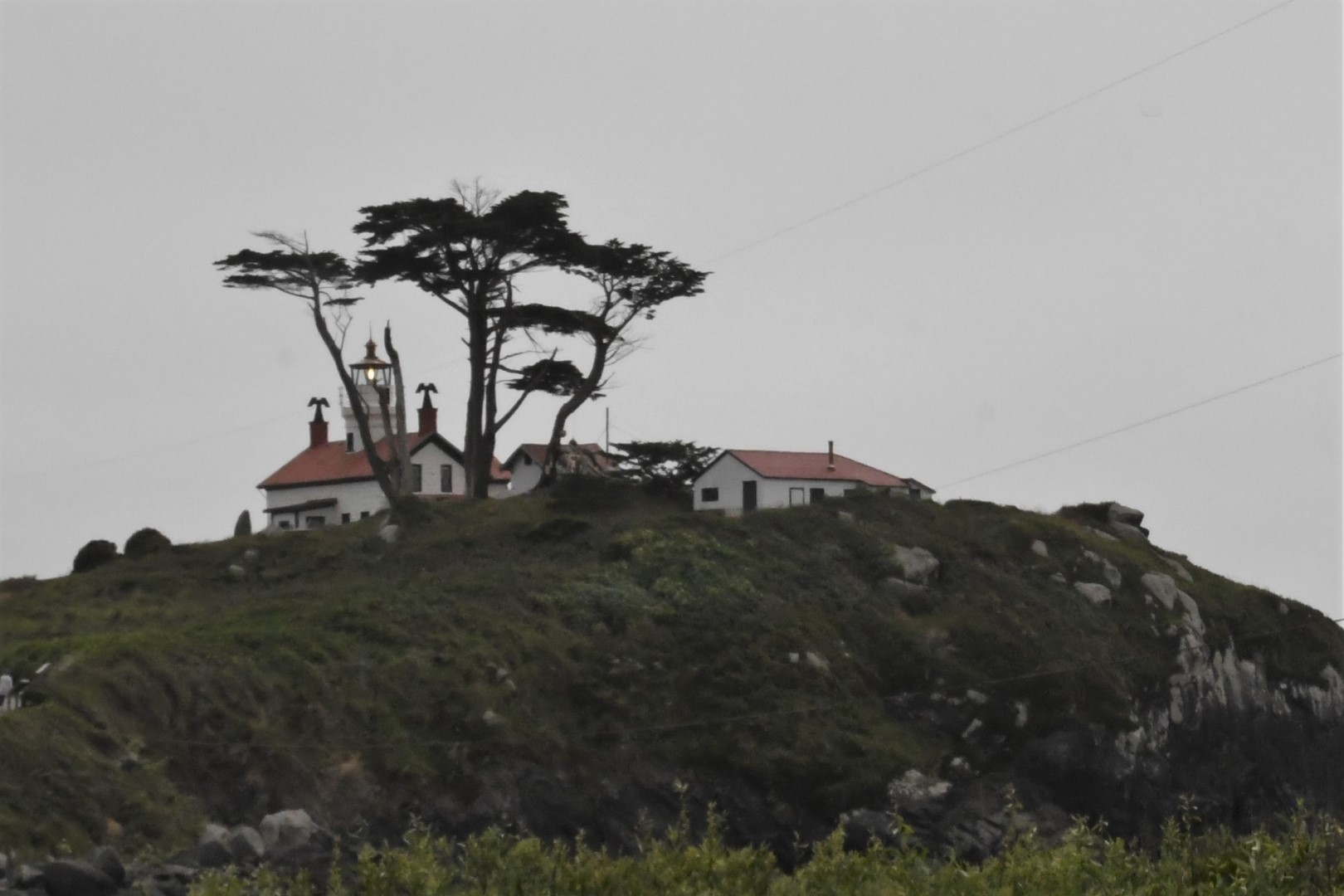 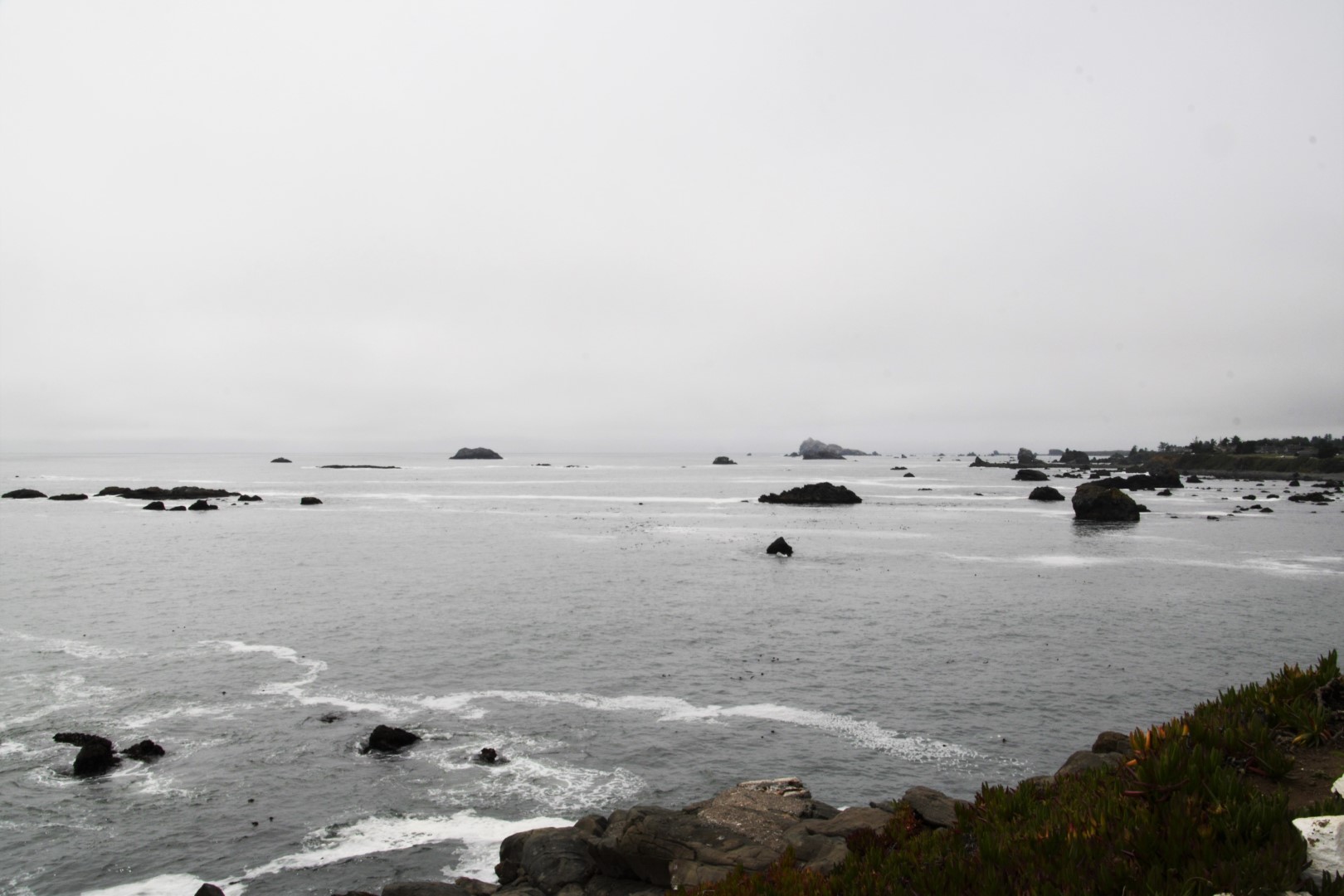 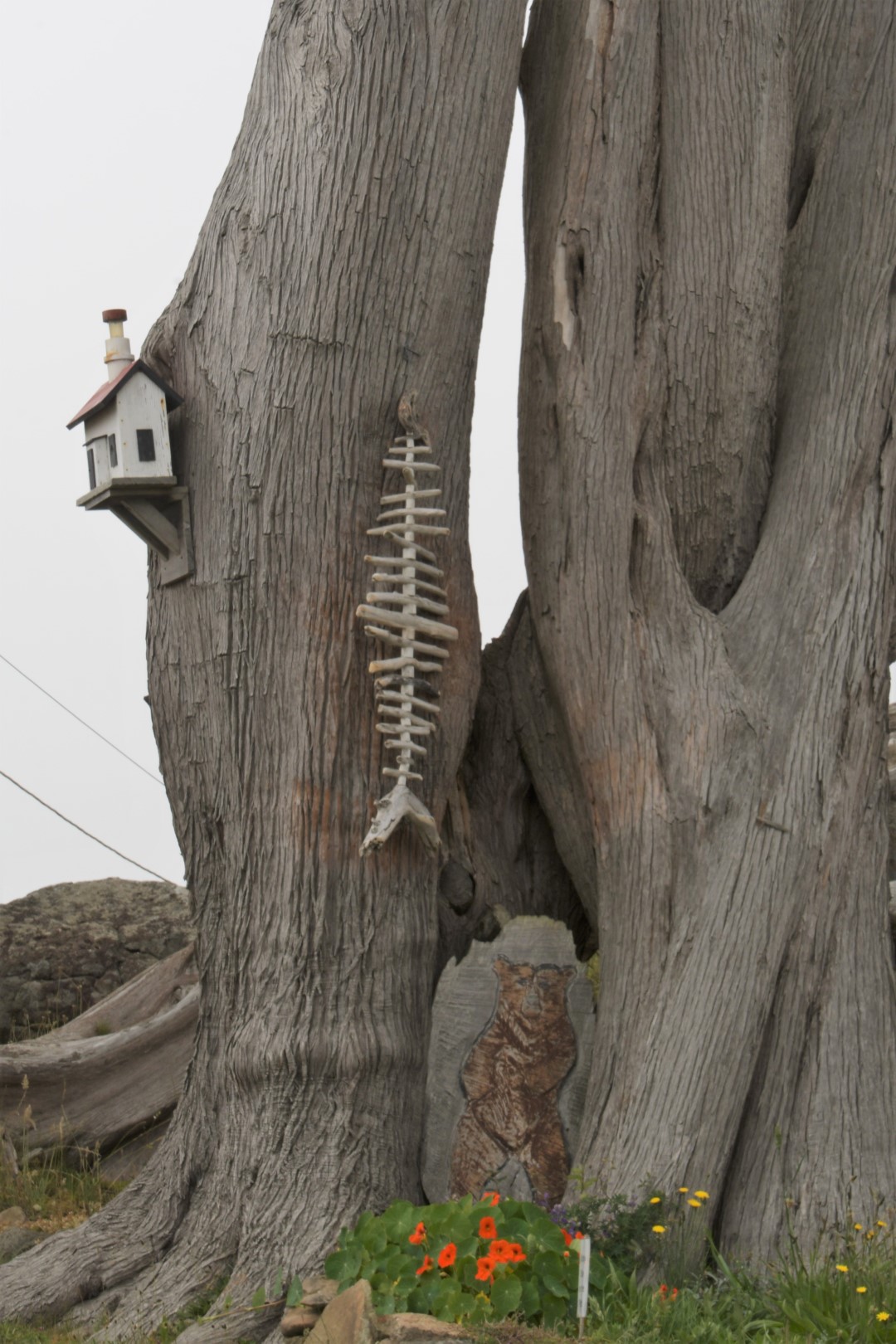 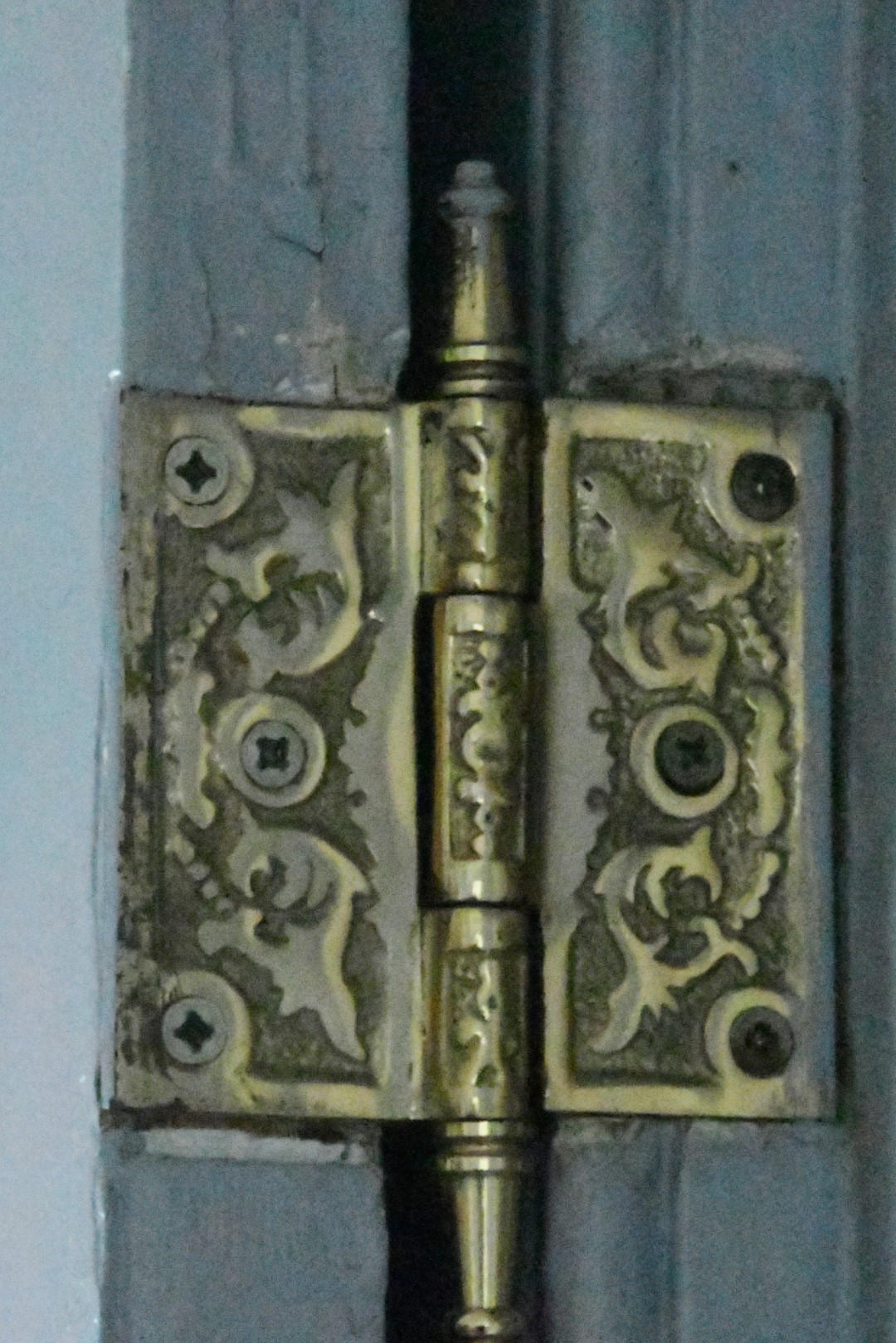 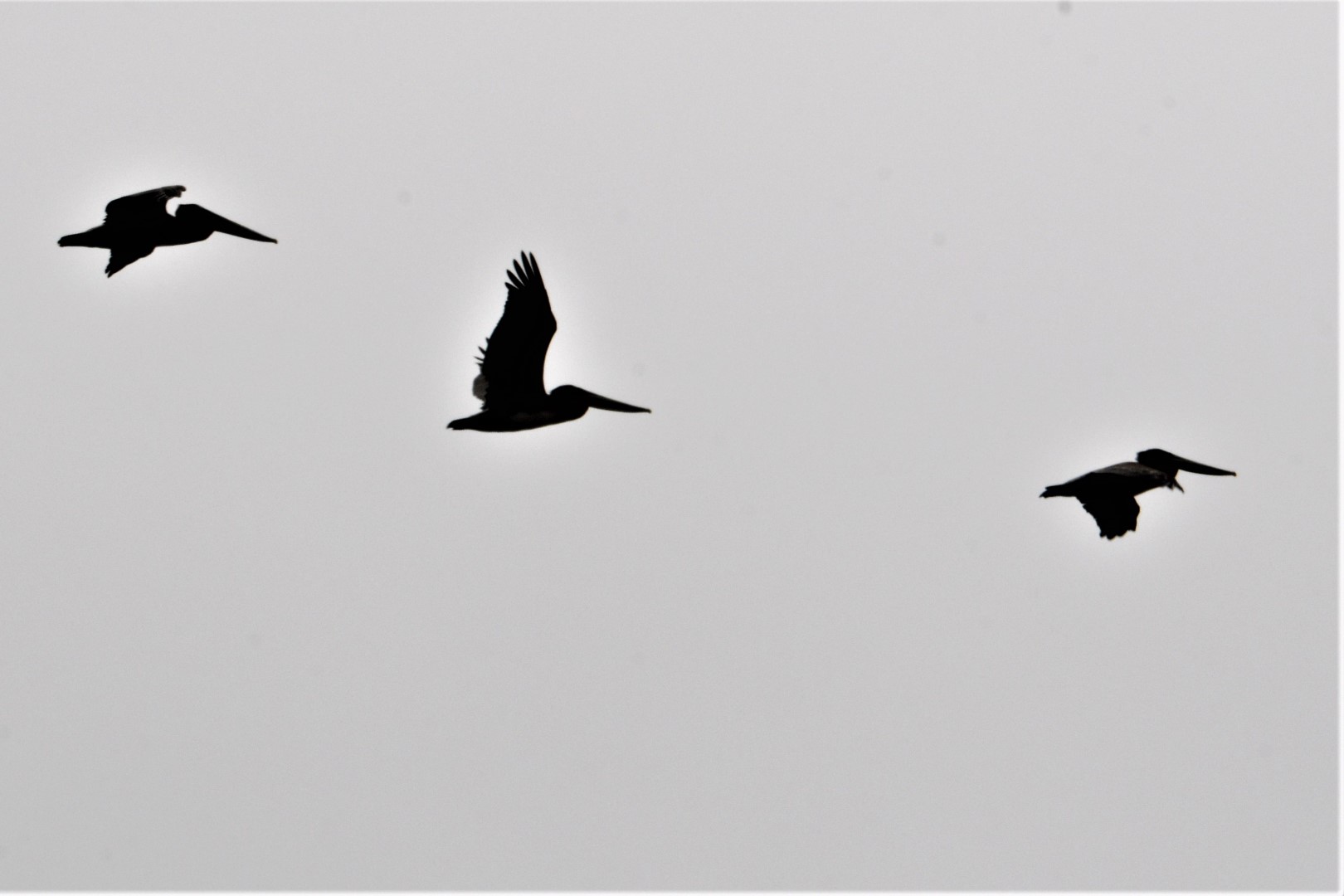 One of the other reasons we went to Crescent City is the nearby Castle Rock National Wildlife Refuge.  The refuge is completely closed to the public, but it can be viewed from the shore — One Half Mile away!   It is home to colonies of Common Murre and Tufted Puffin as well as gulls, harbor seals, sea lions, and other wildlife. 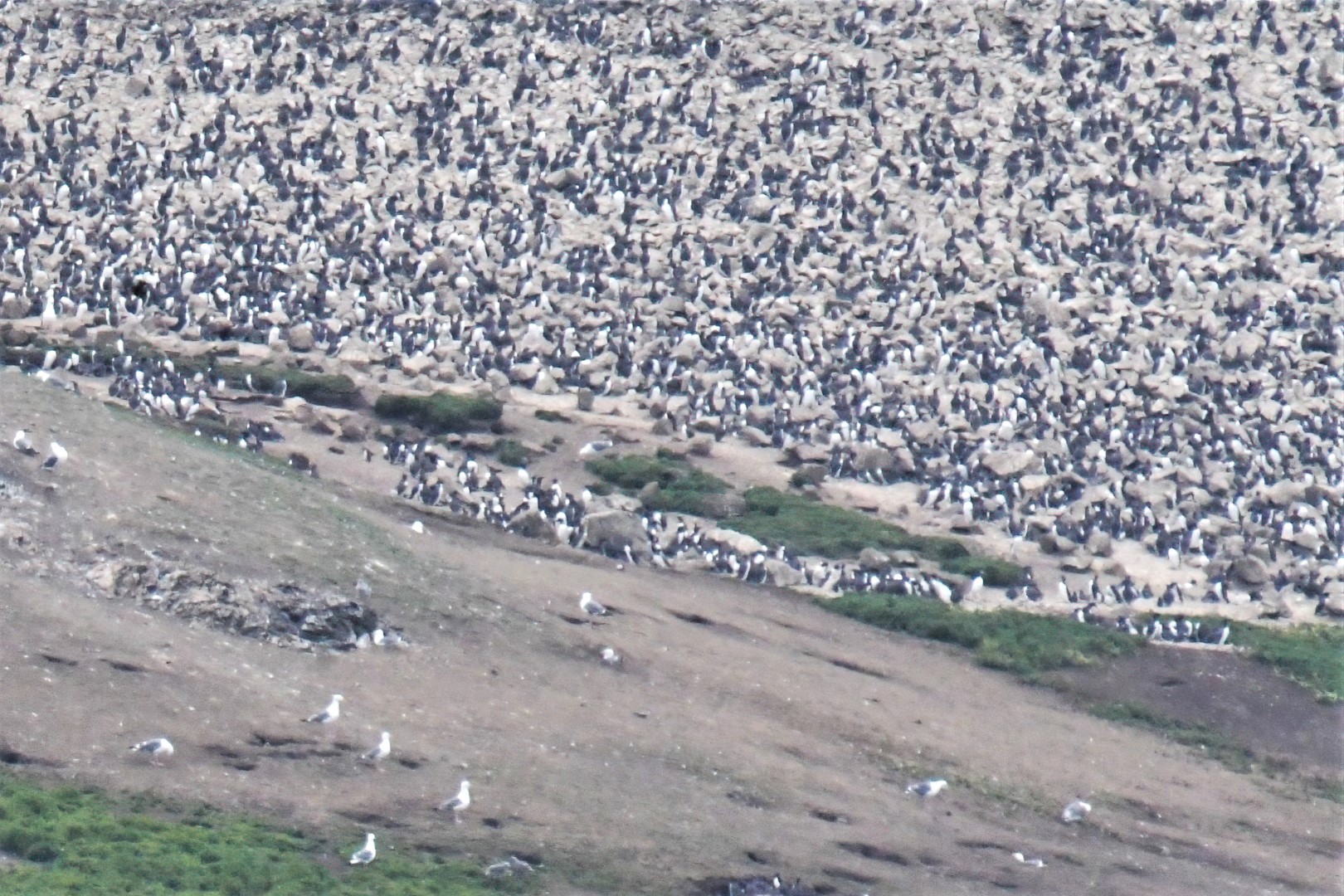 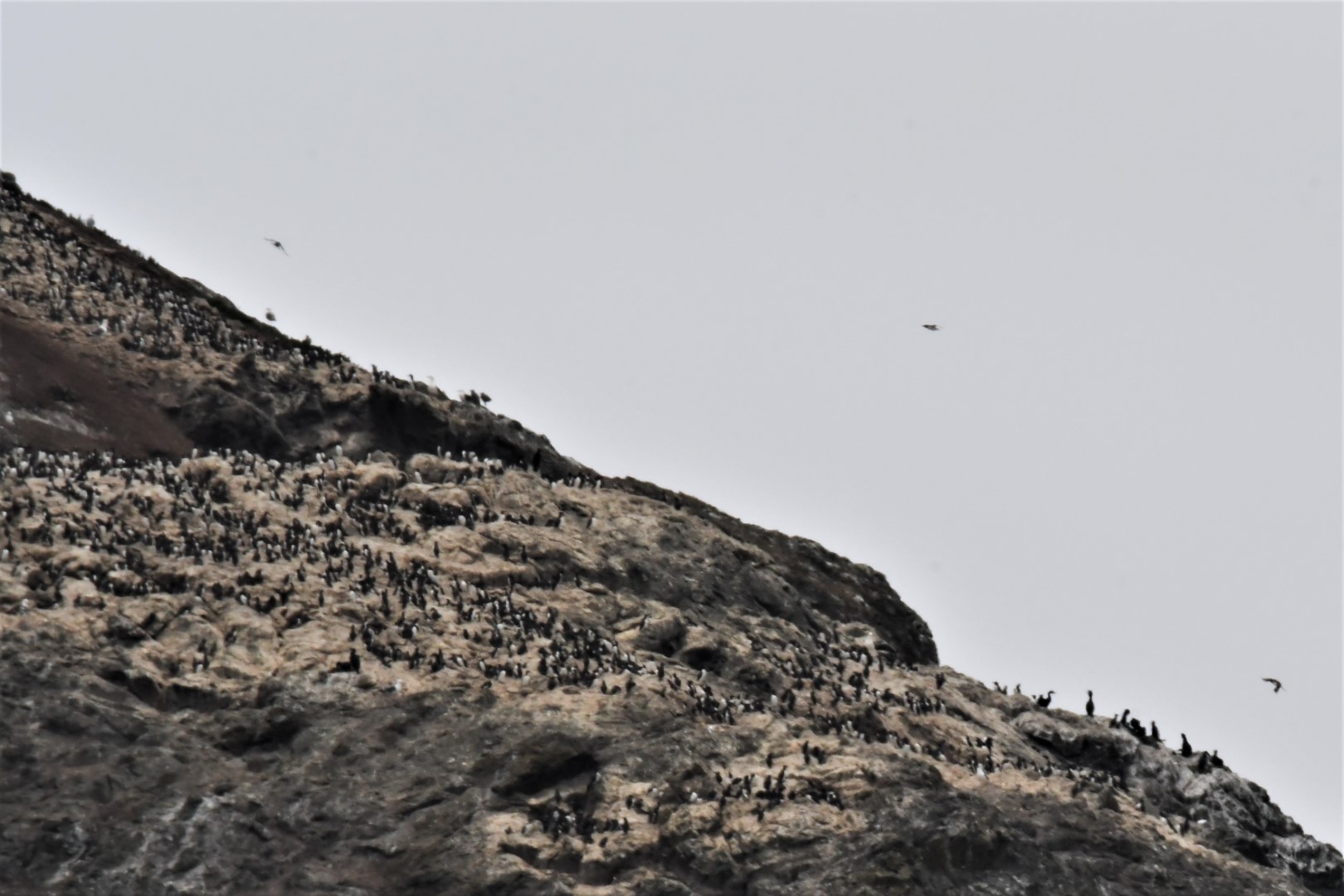 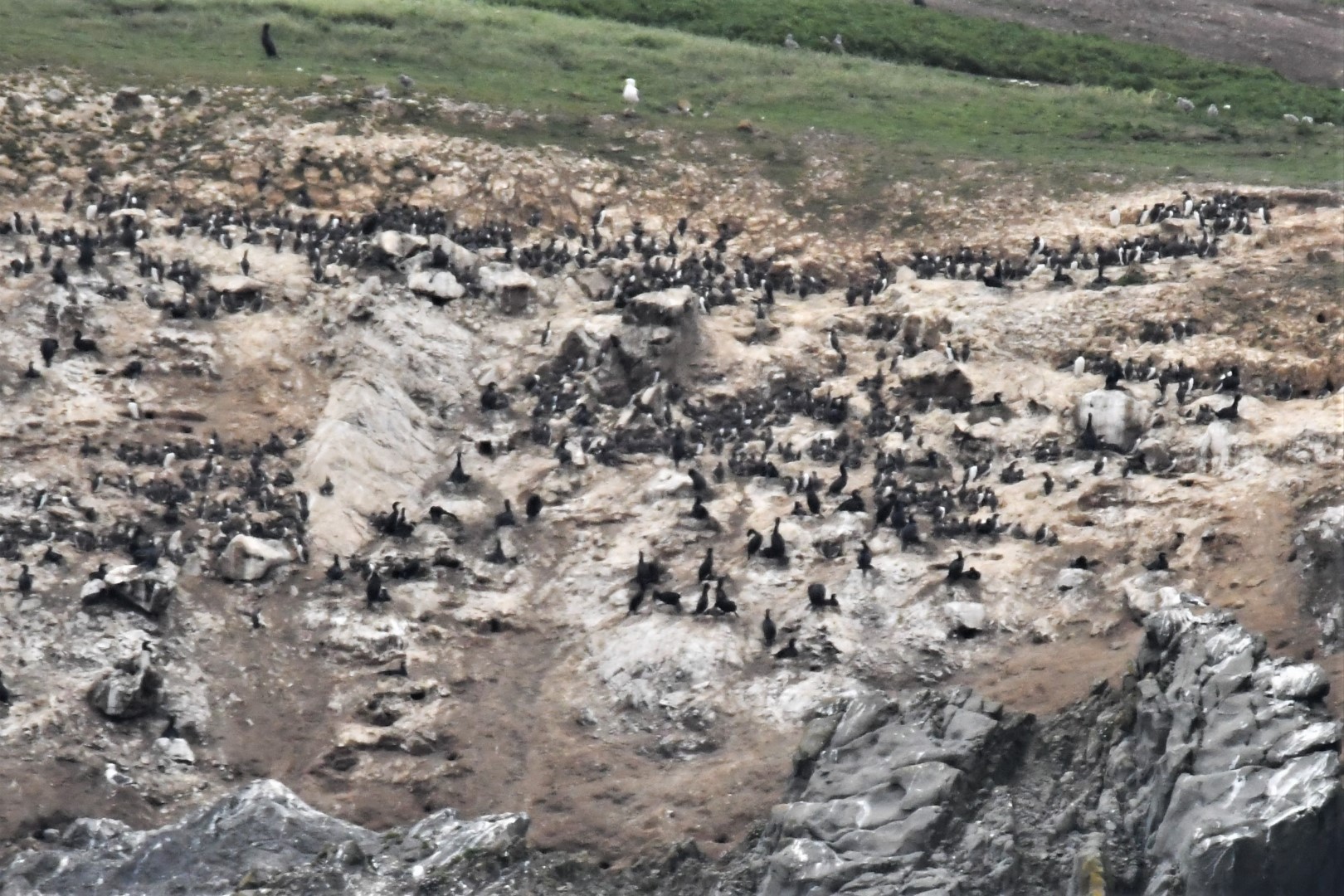 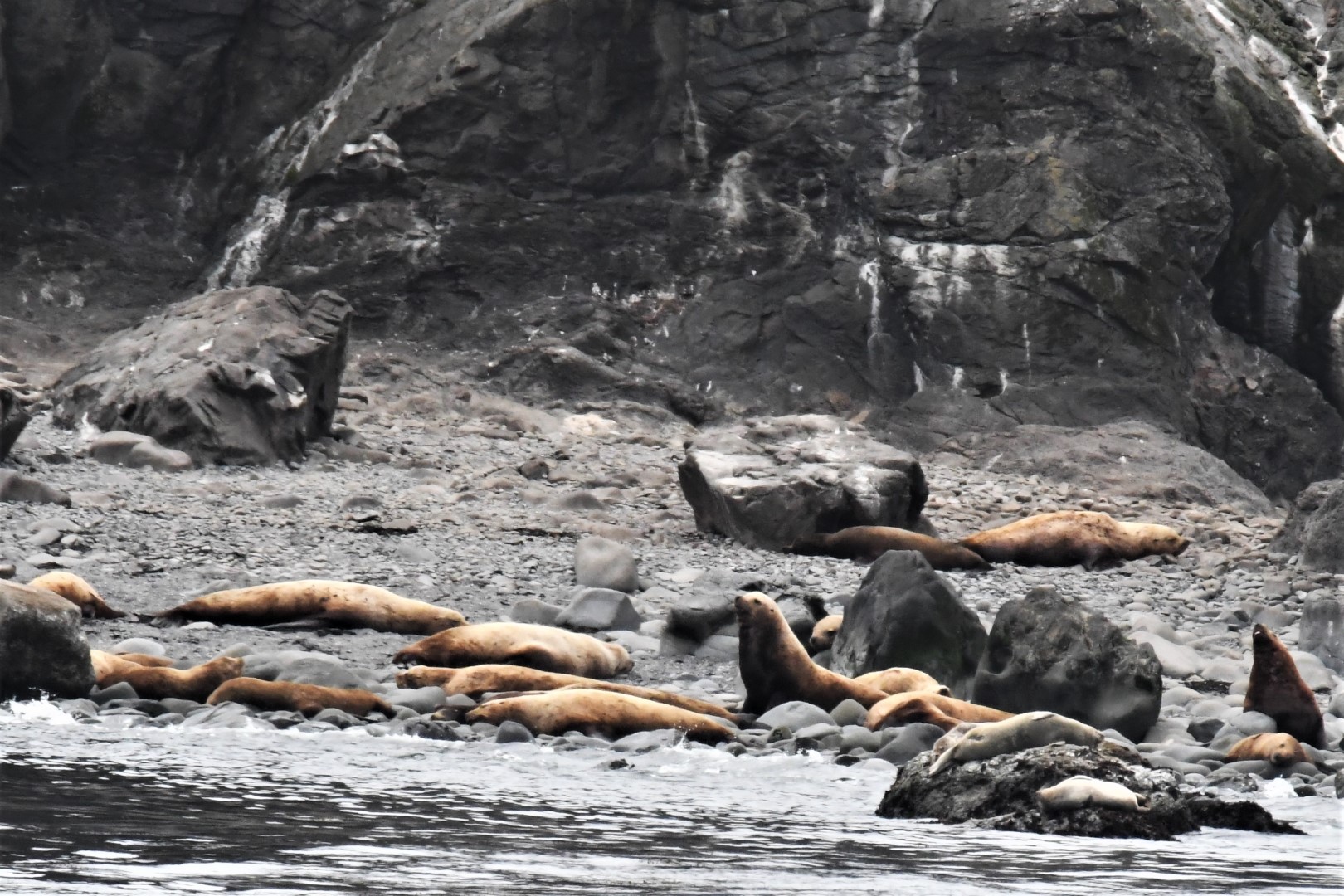 Near our parking lot was a Turkey Vulture looking for a meal. 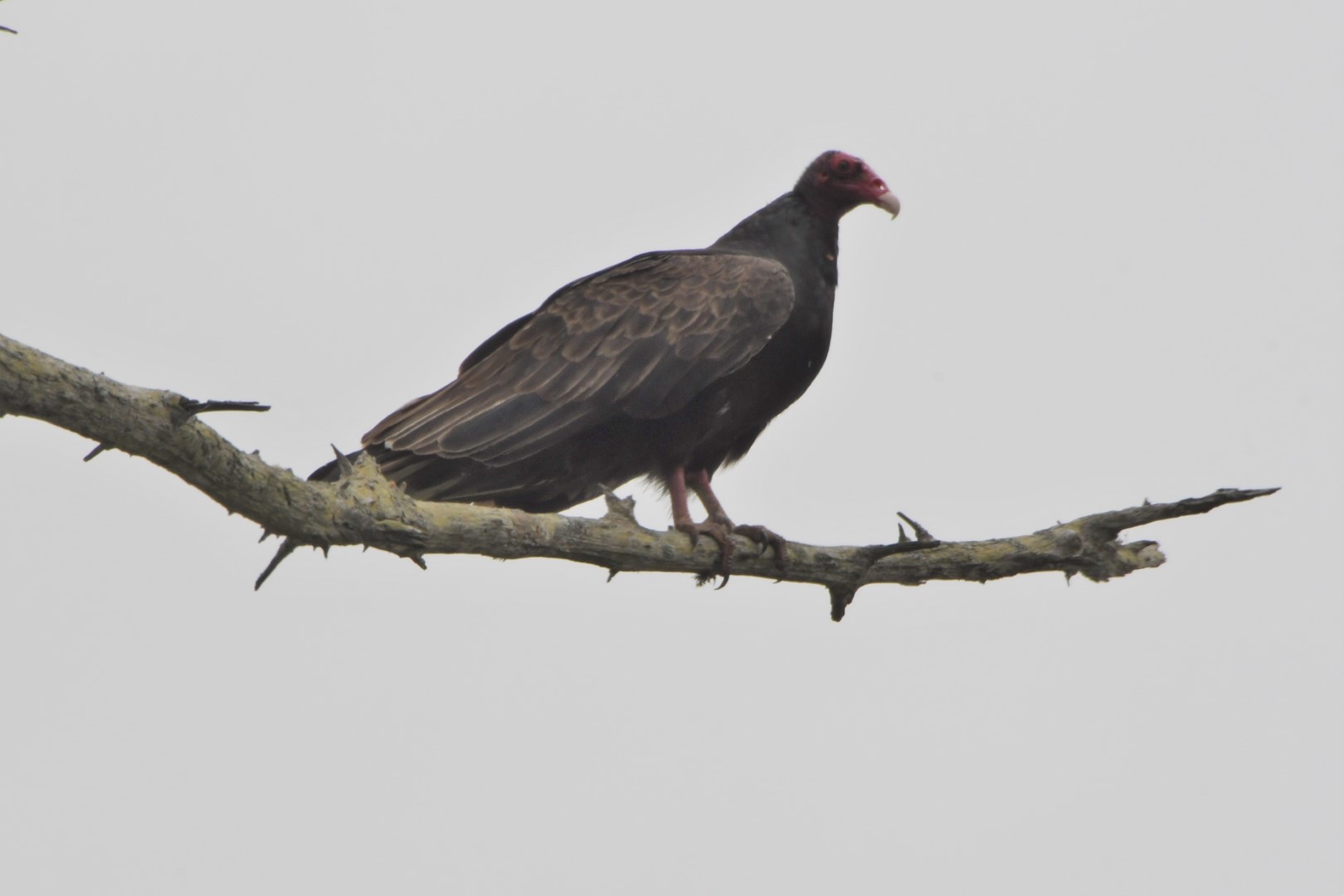 When we left Crescent City we planned to go south on Hwy 101, but it was closed for repairs and would have been a three hour wait.  So we went back north on Hwy 199, back over the Pacific Coast Range, twisting and turning our way back to I-5.

As we drove down the Interstate, we passed Mount Shasta, where wild fires were burning out of control on the slopes of the mountain!  See the smoke plumes on the lower left slopes.  And there was a fire helicopter carrying water. 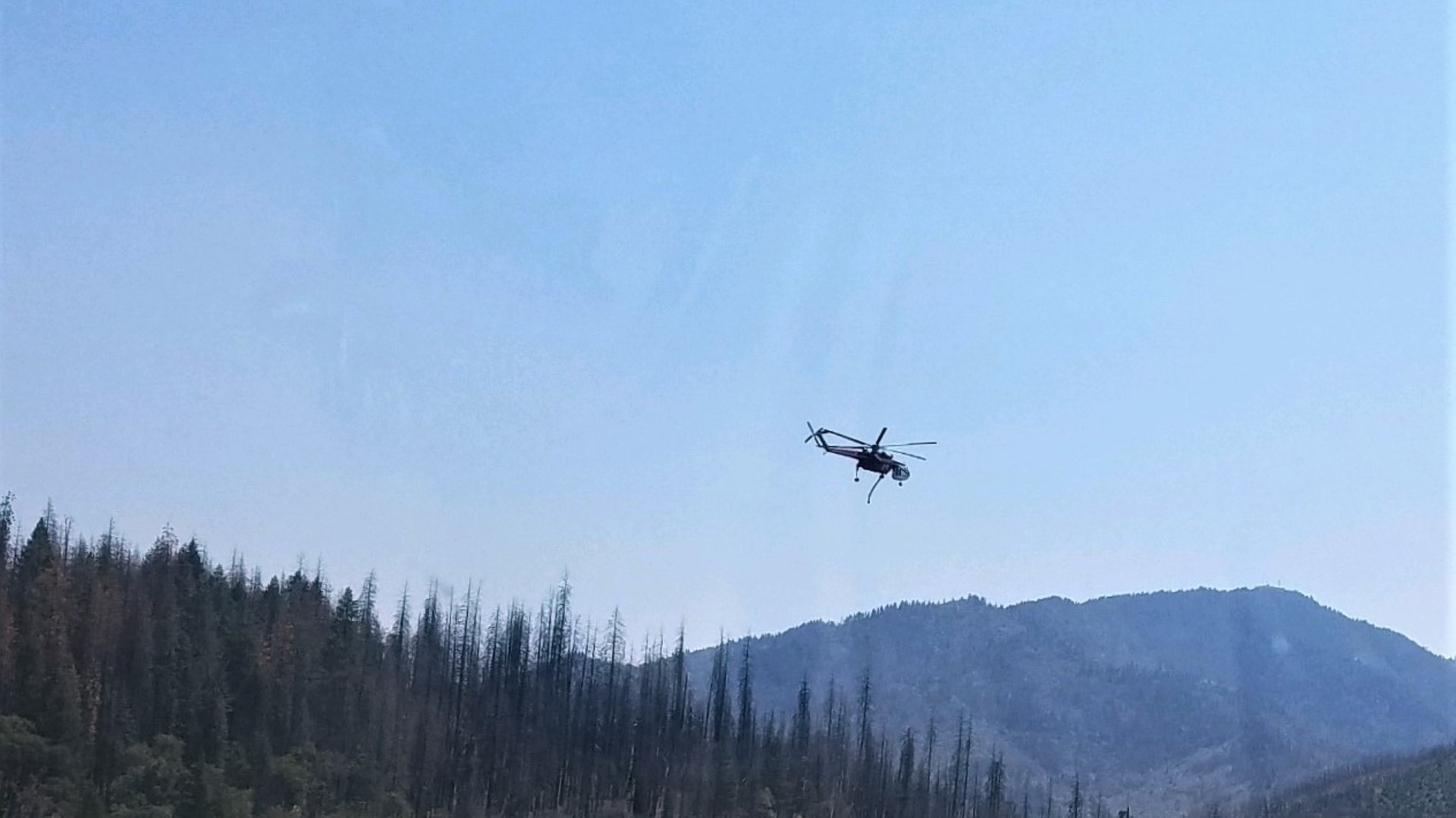 We stayed two nights at a lovely Elks Lodge in Redding, CA, that included a swimming pool and full hook-ups (it was again 106*).

Lassen Volcanic National Park is a beautiful place!  The visitor’s center included displays about the various volcanos within the park and the native people who once lived in the area.  The most recent eruption was in 1915, just before the park was created in 1916. 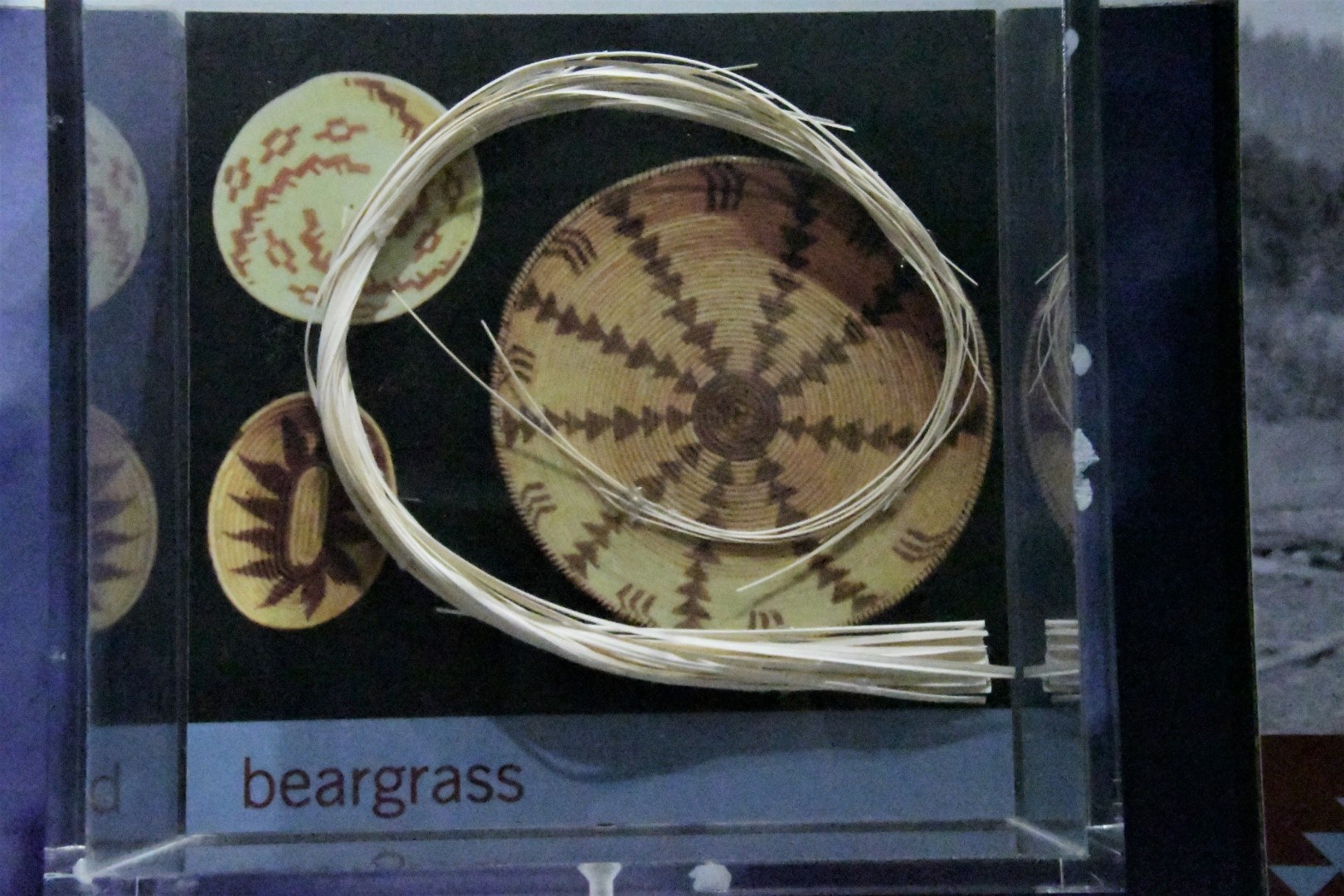 We took a fabulous hike along the rim of an ancient volcano caldera.  The scenery was lovely. 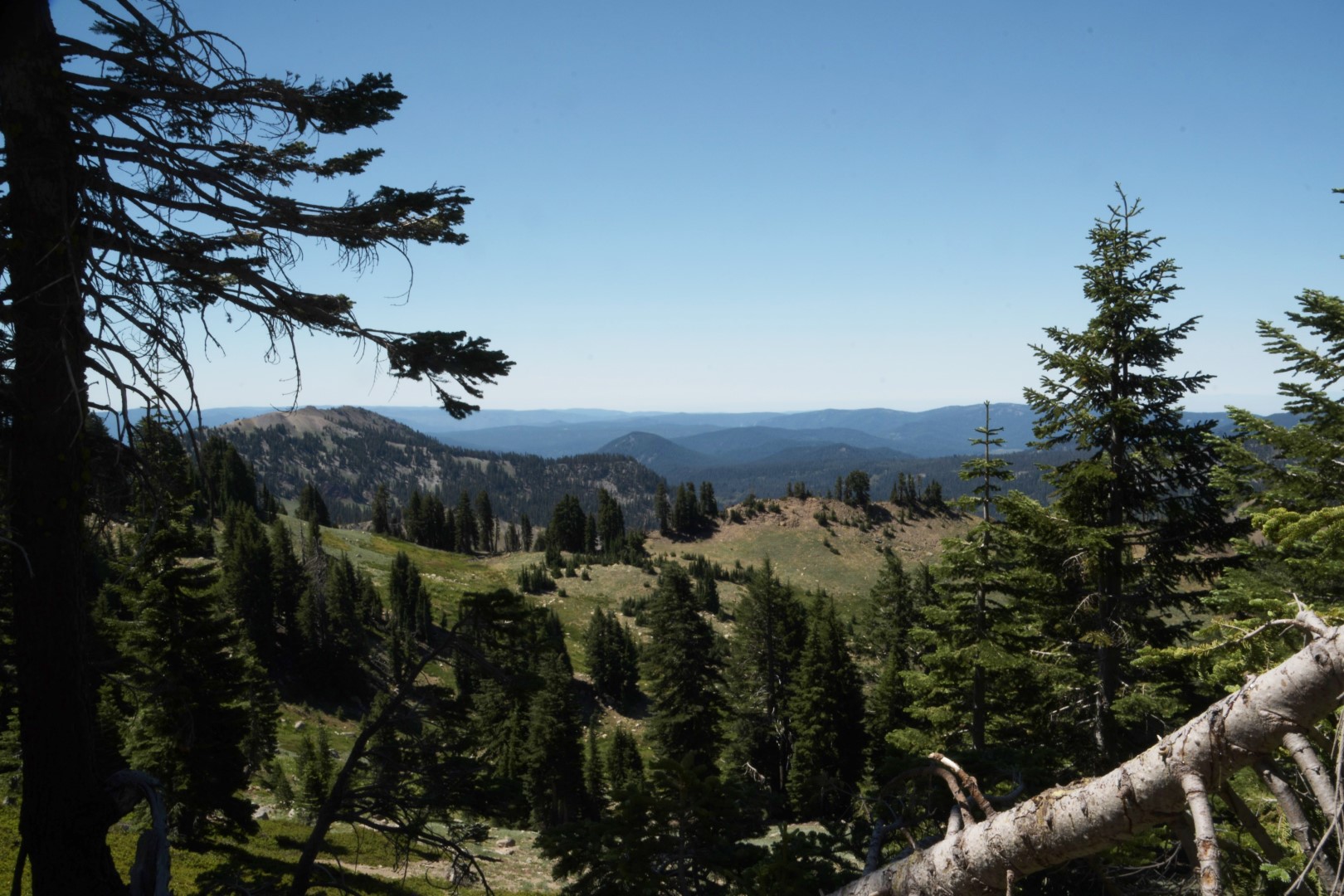 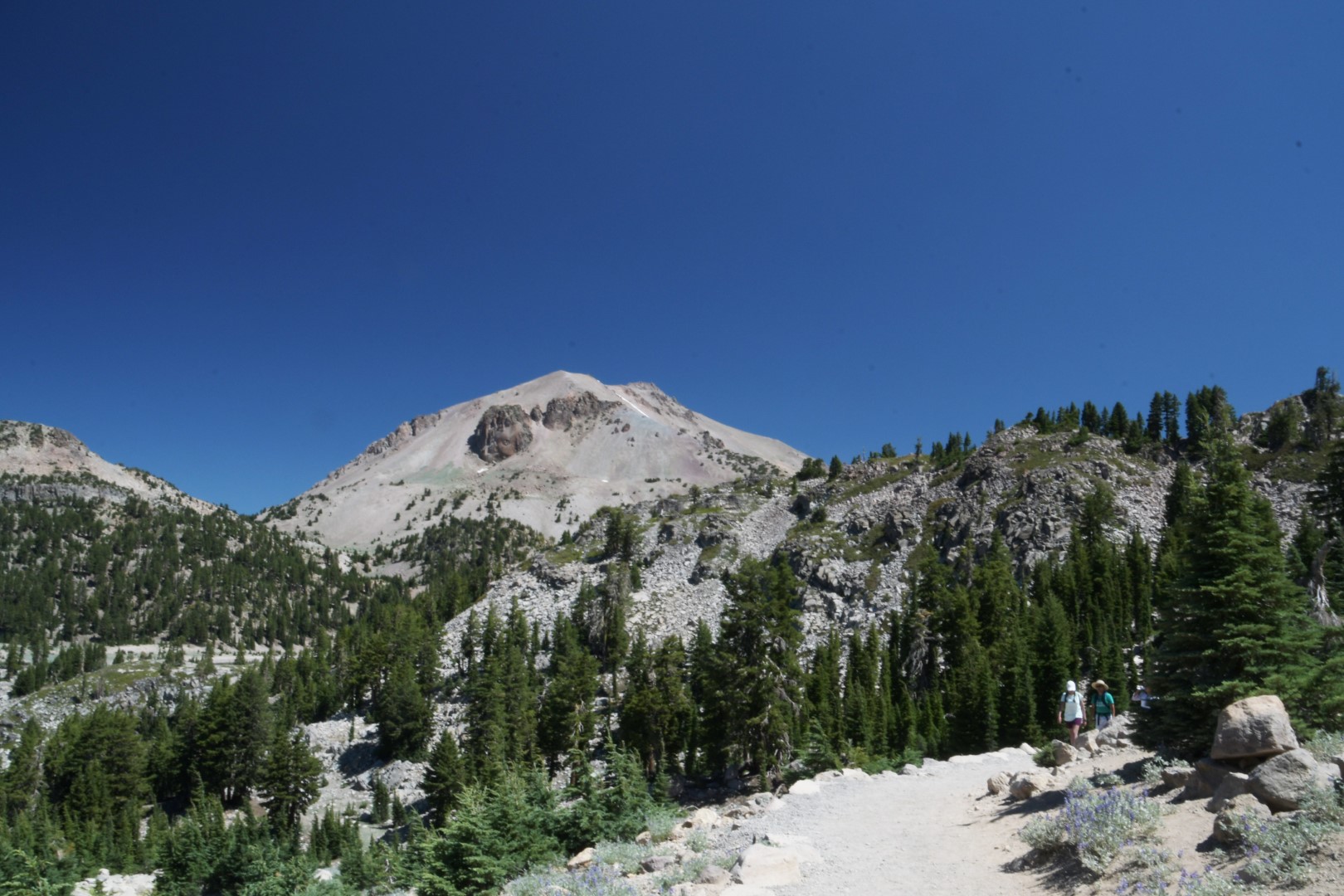 The destination of the hike was an area called “Bumpas Hell”; an area of sulfur vents and boiling springs. 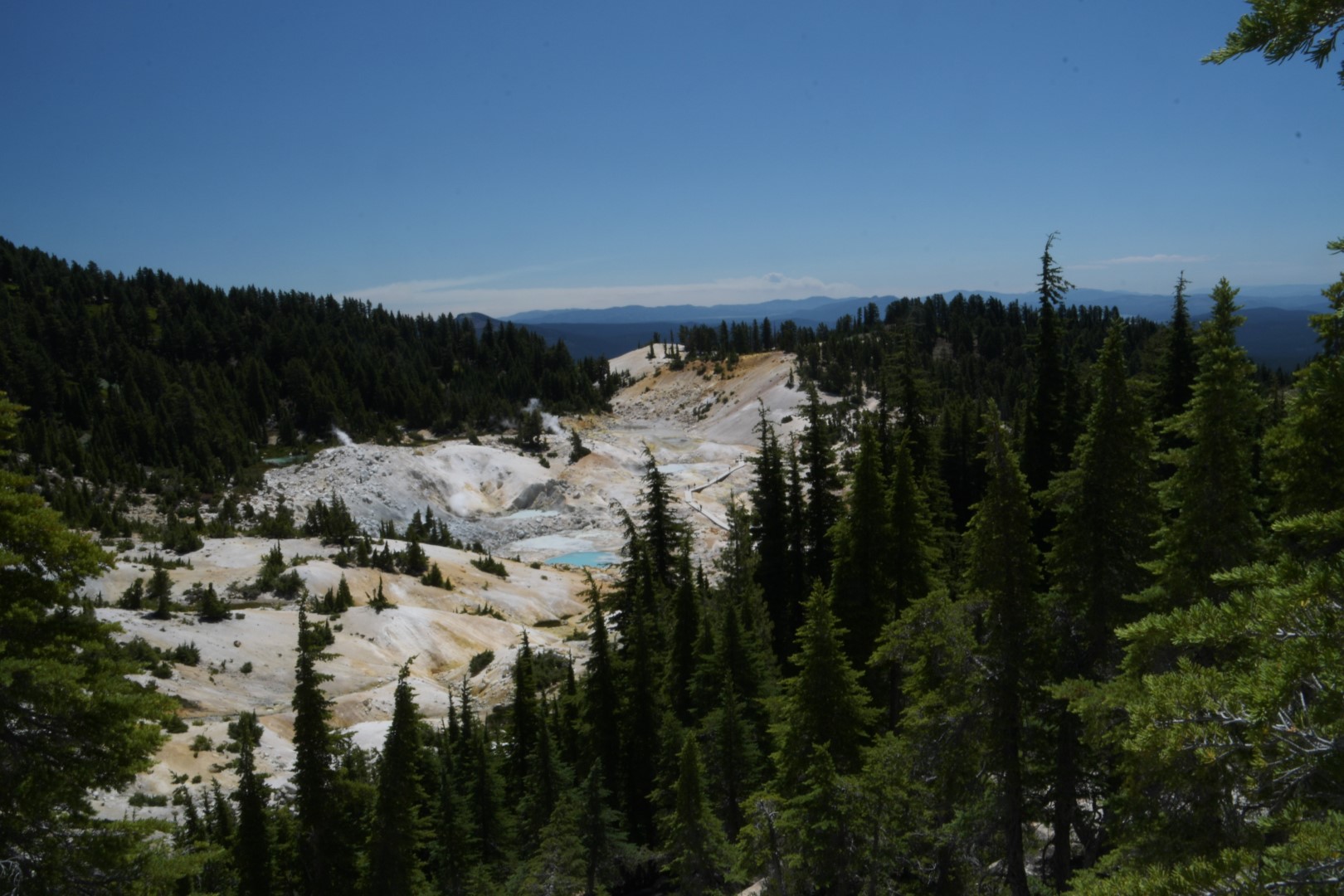 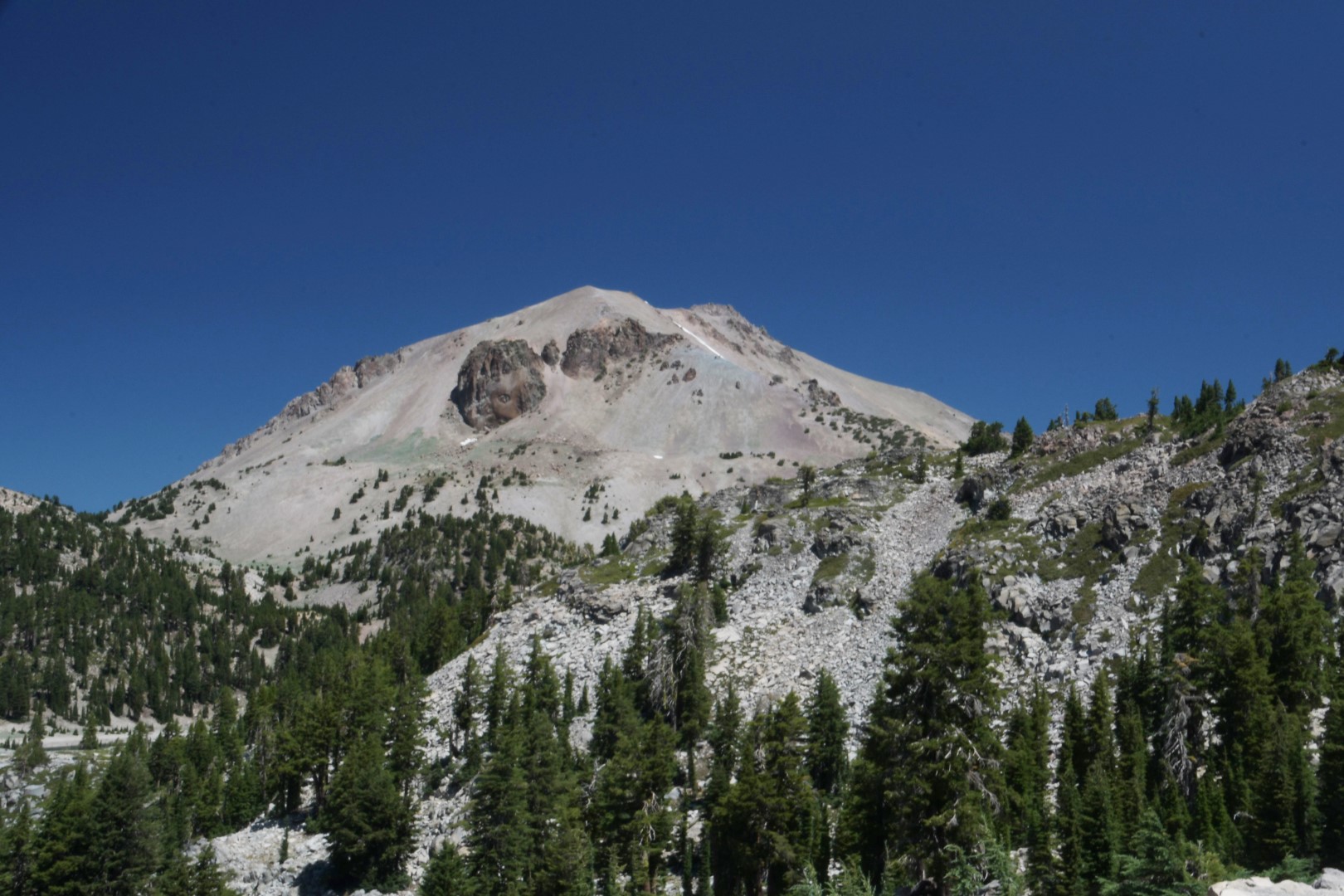 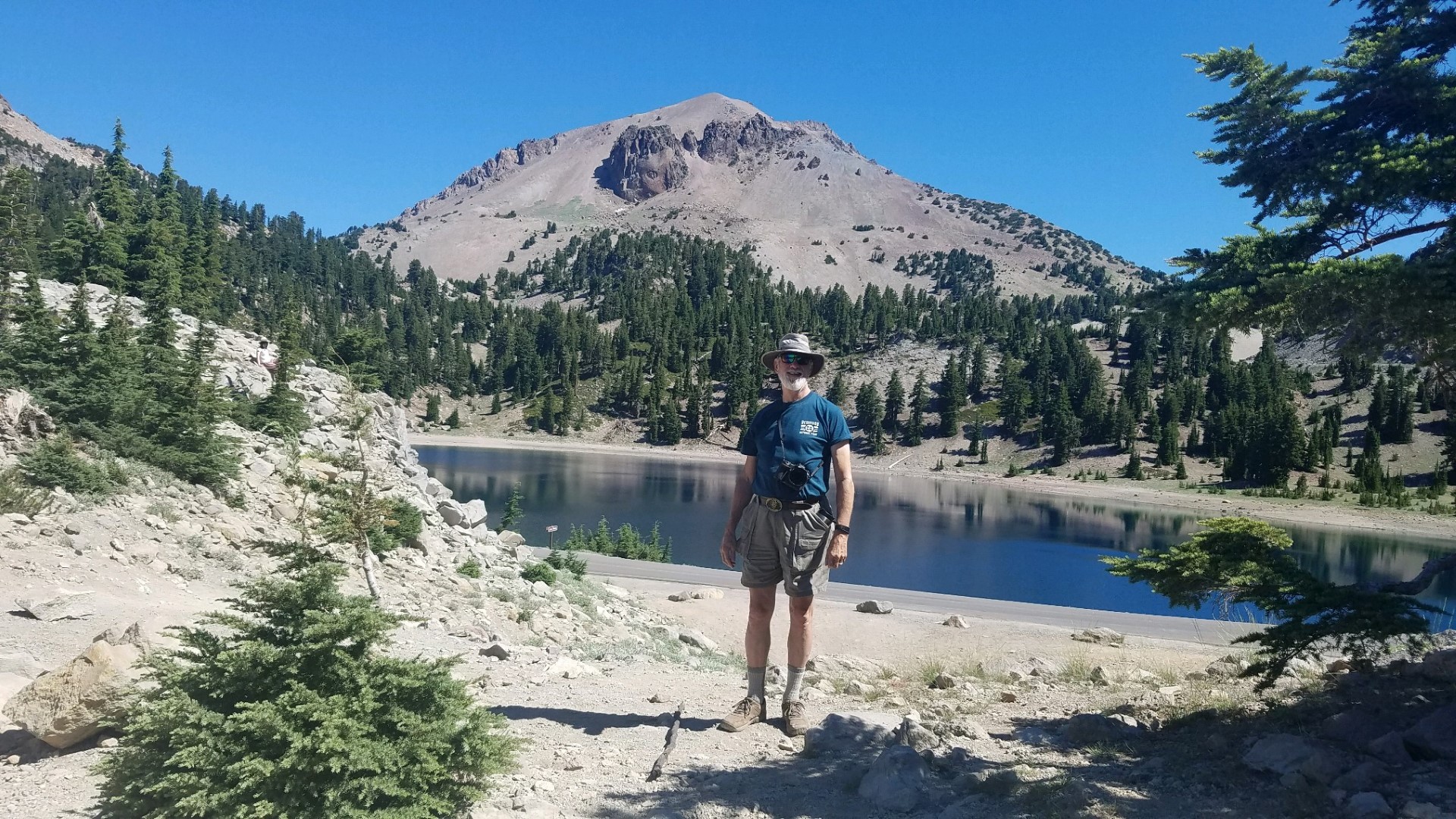 While we are off enjoying and discovering, Tooie stays home and watches cat videos! 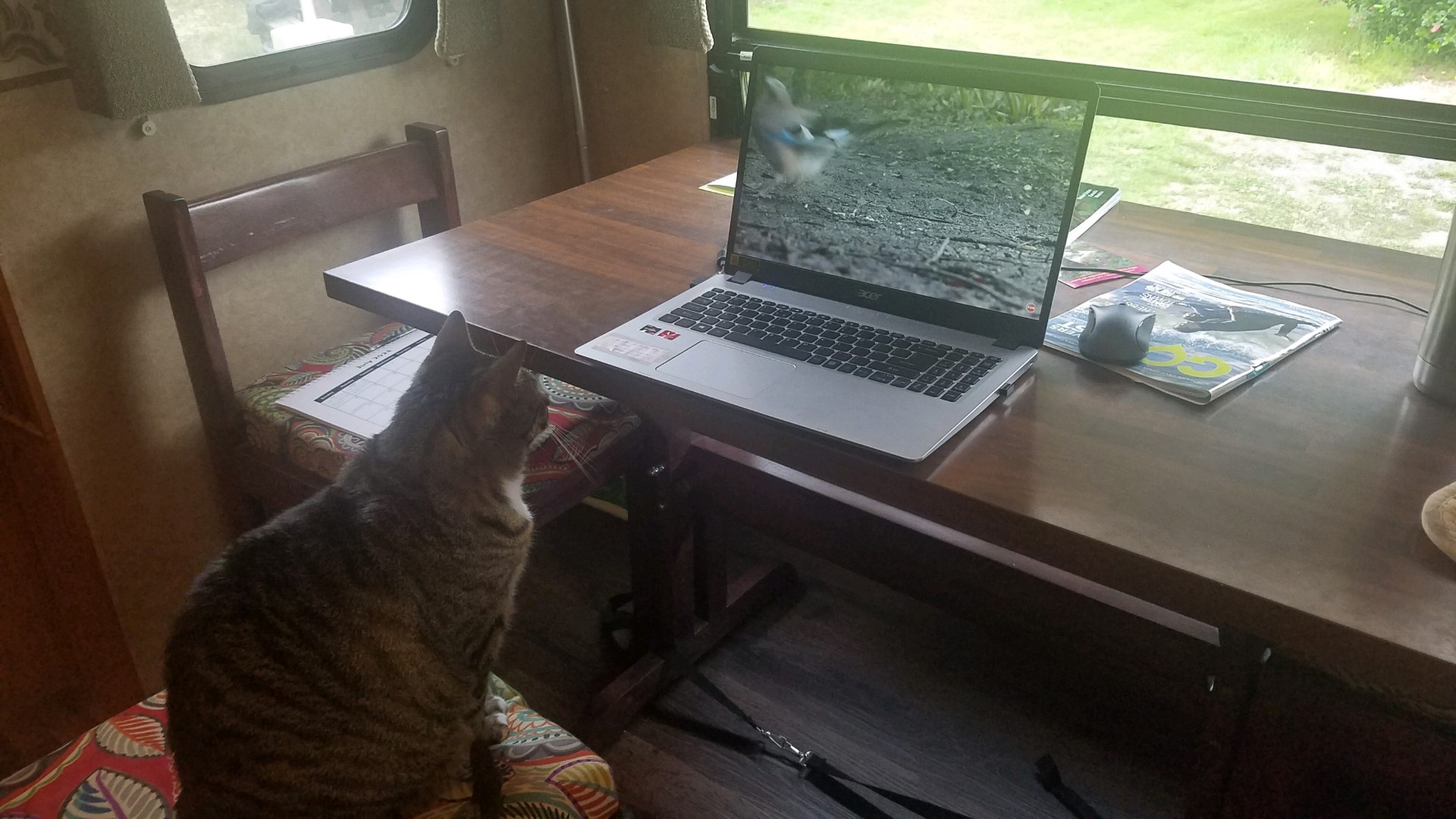 From here we will start traveling towards Kanab, UT, down the length and breadth of Nevada, before joining our friends Cindi & Roger near Bryce Canyon.

Next Post:   Utah with friends and arrival at Bosque del Apache