We had a wonderful month “vacationing” in Florida and visiting with family and friends.

We met with our friend Karen and her friend Mike in St. Augustine to celebrate her 70th birthday.  Unfortunately, there was a little too much celebration so they ended up in the old St. Augustine jail!! 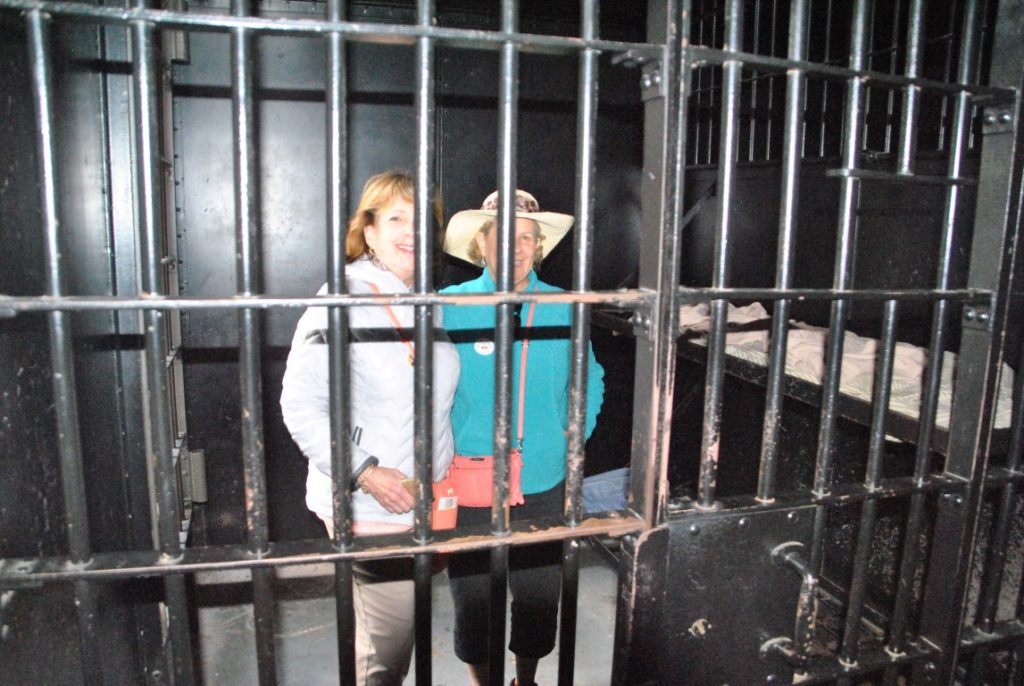 Even Mike ended up as a “jail bird”! 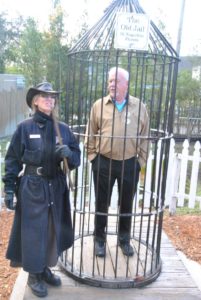 The tree known as “The Old Senator” has been a fixture almost forever (kind of like some of our elected representatives, hence the name).

We met two of Judith’s long time friends (from nursery school in Youngstown!) – Carol & JoAnn – in LaBelle, which is an “old Florida” town in Florida cattle raising country.  Had a great lunch and lots of laughs!

We had a great time and many laughs with Barbara, Allison, and Clint! 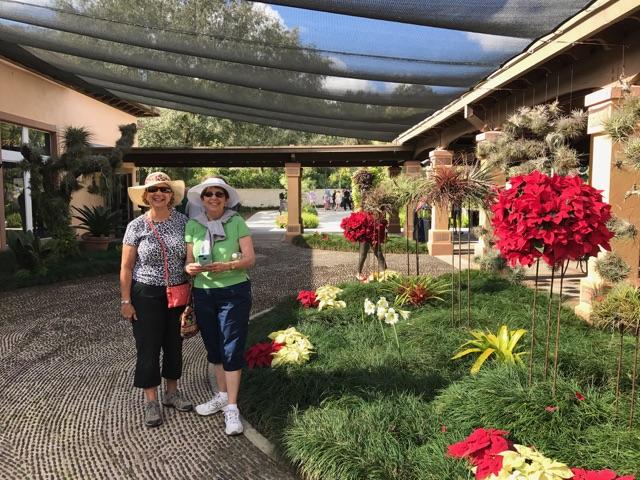 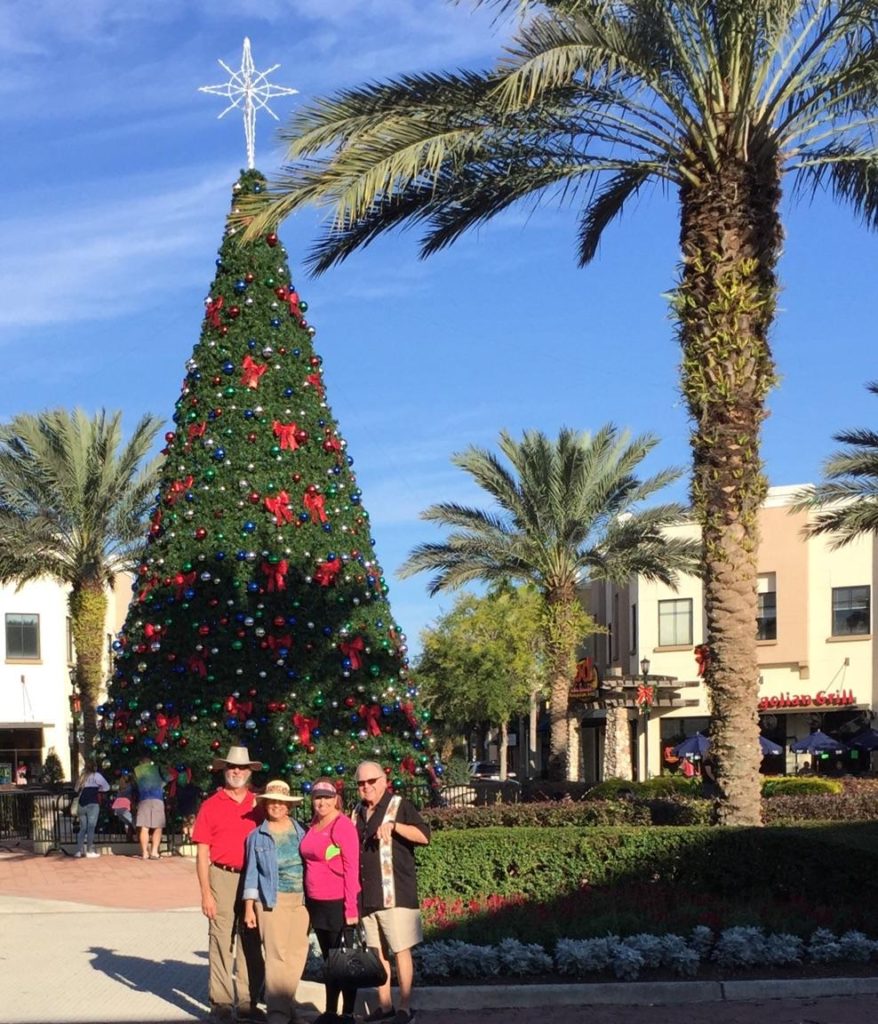 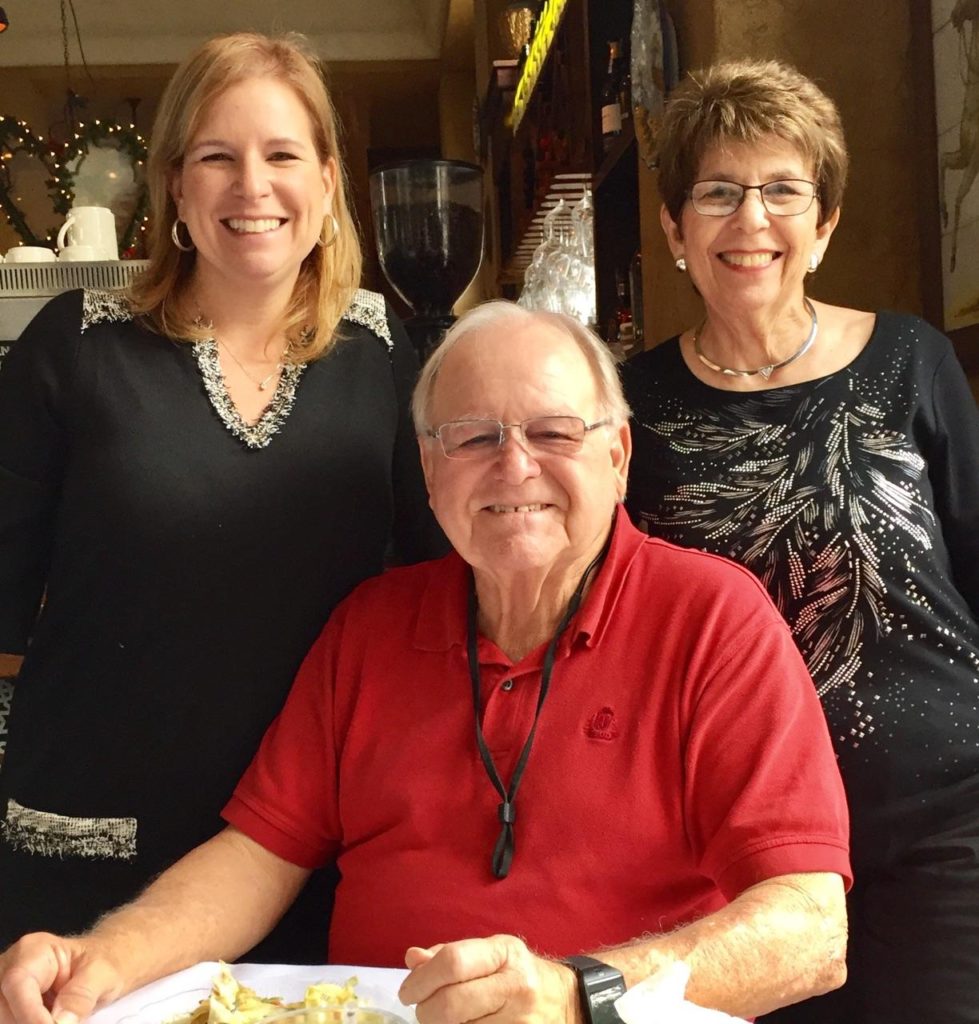 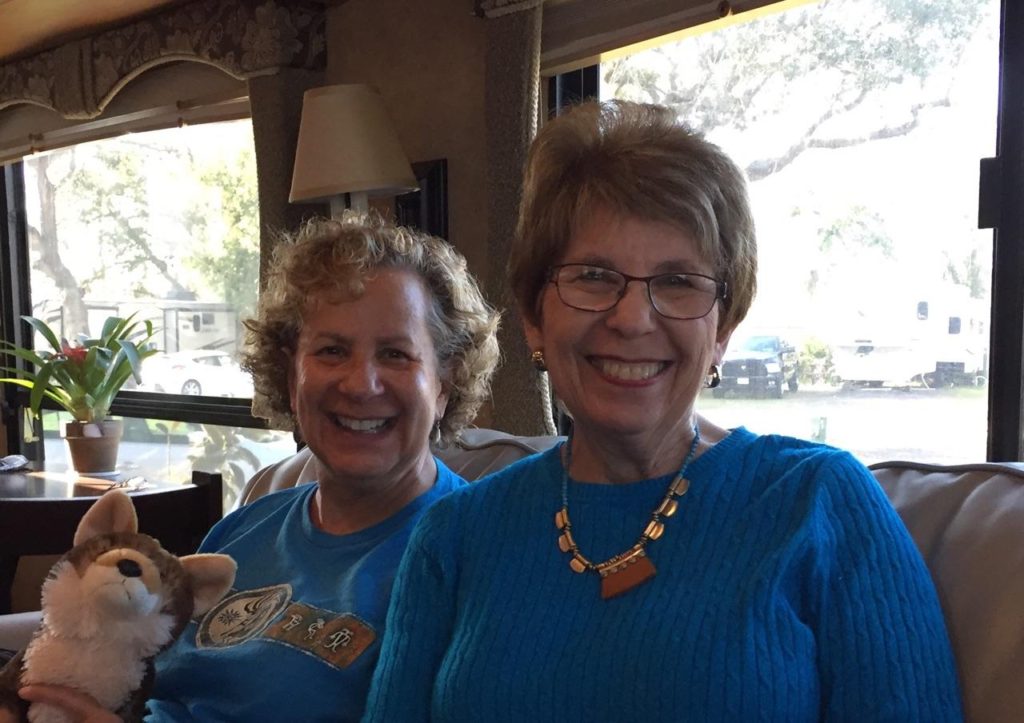 Judith’s sister, Barbara, took us to a wonderful wildlife refuge near Winter Haven called the Circle B Bar Refuge (it once was the Circle B Bar Ranch).  A delightful place with thousands of birds, alligators, and other wildlife. 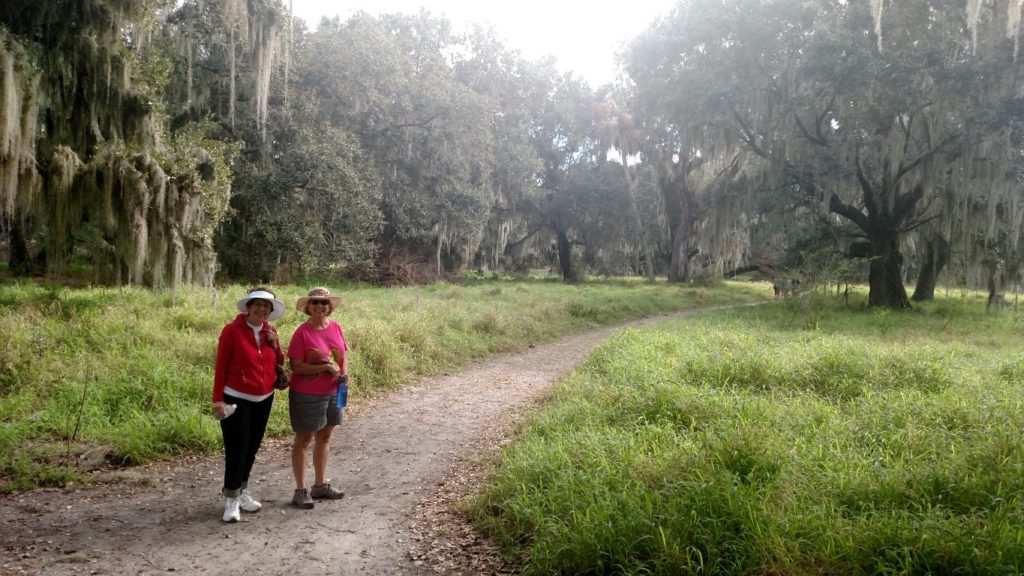 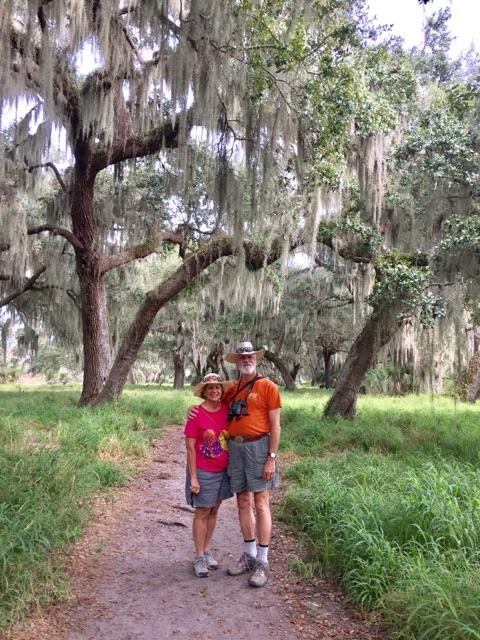 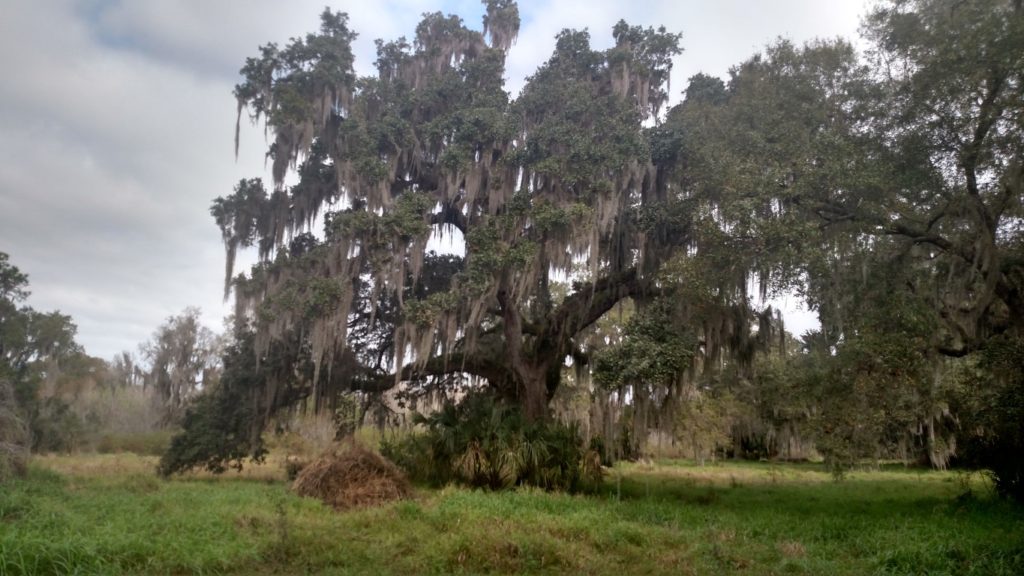 Limpkin – a new bird for Mark! 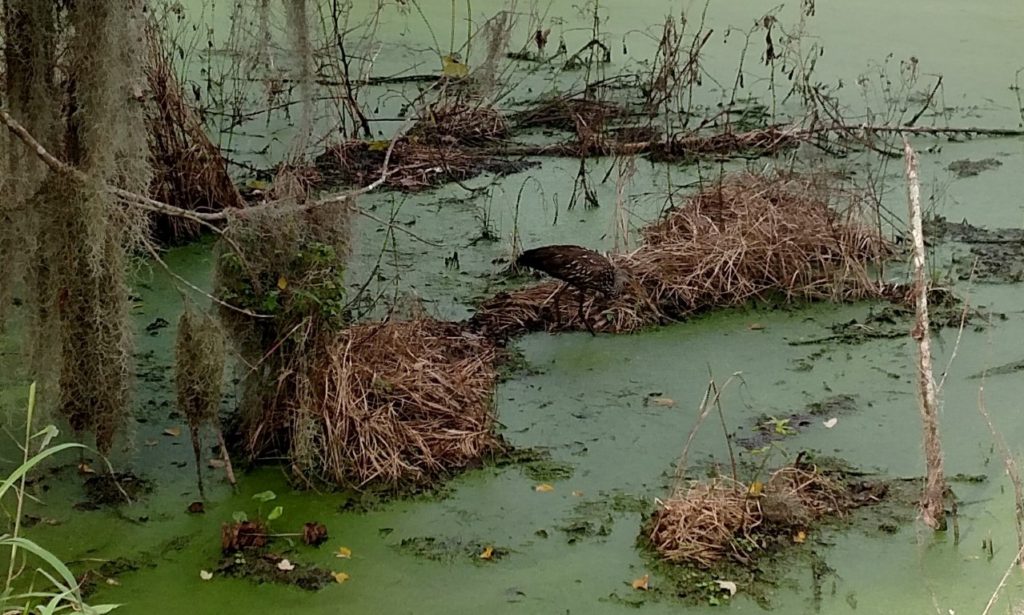 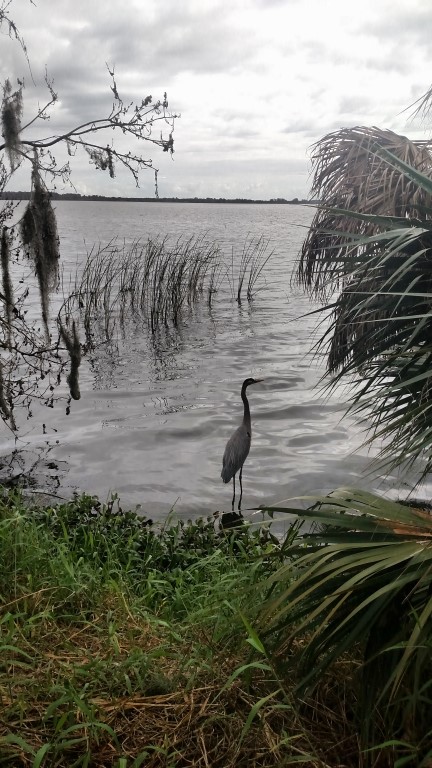 American Anhinga – another new one for Mark: 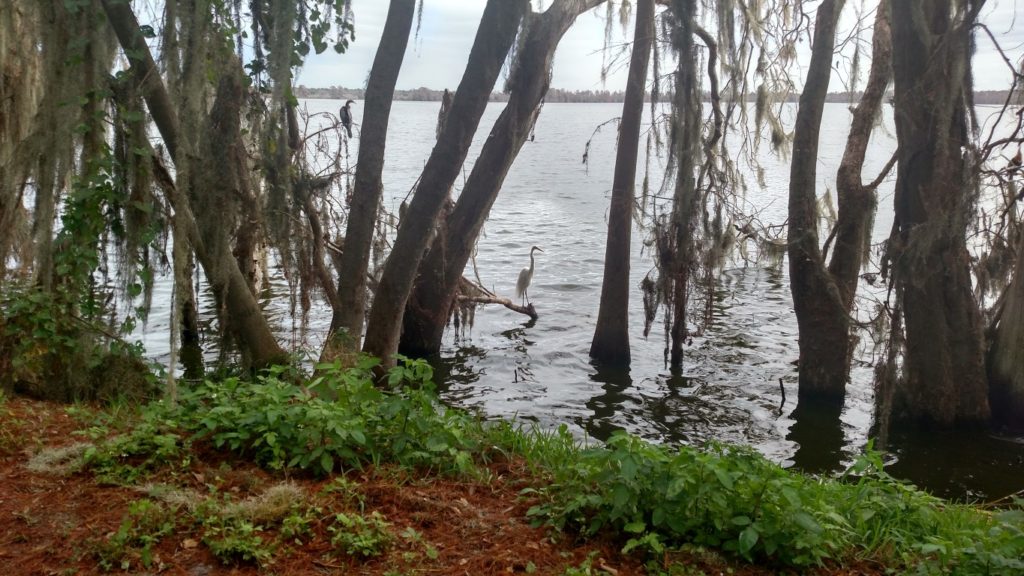 There are eight baby alligators in the picture below: 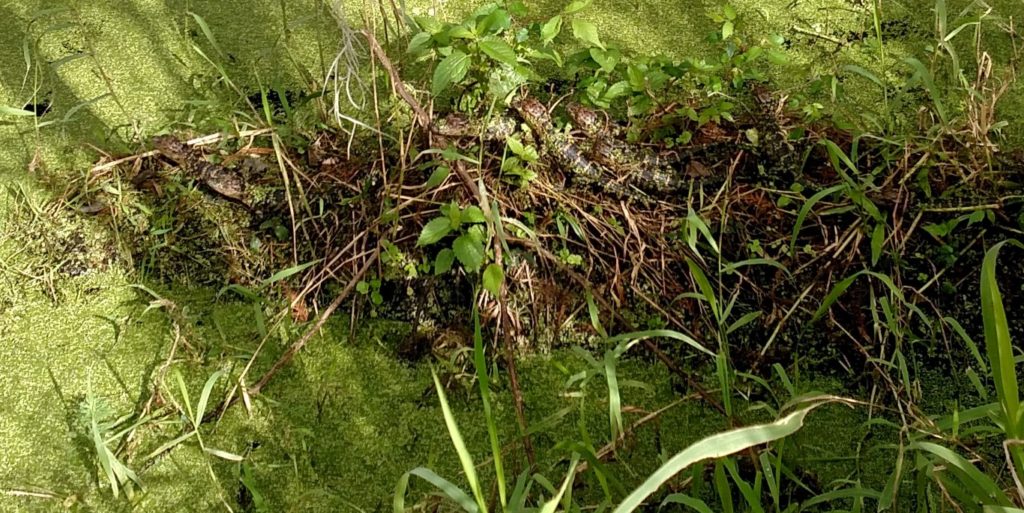 The day after our visit, the following video was recorded along the same path we had walked:

My daughter, Nikki, came down to visit for most of a week.  We stayed in Orlando at a time share that was beautiful.  We also introduced her to the game Dominion — now she’s addicted, just as we are! 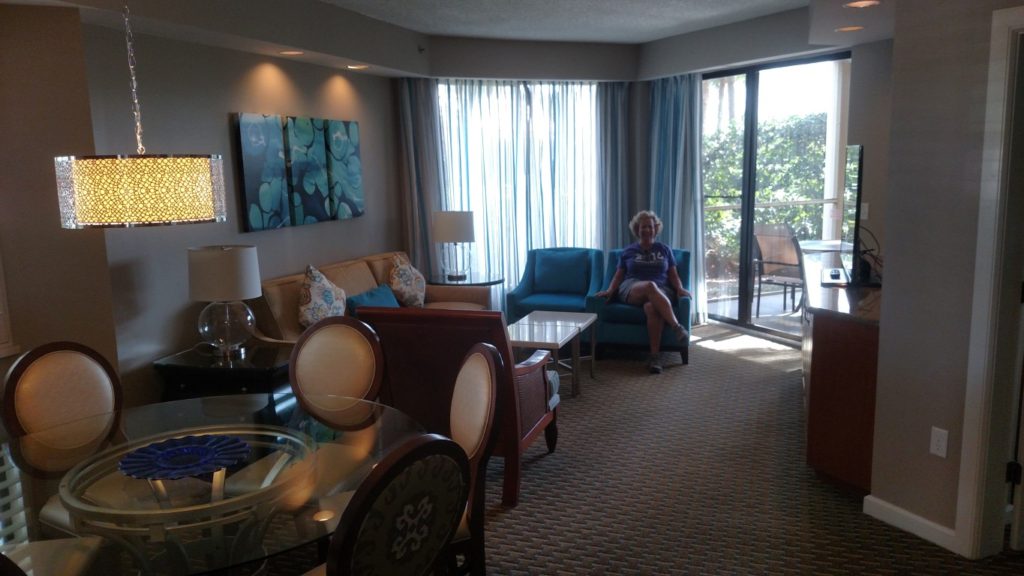 We joined Nikki at The Magic Kingdom where we watched the parades and rode the gentle rides — until she persuaded us that the Seven Dwarfs Mine Train wouldn’t be “too bad”.  Well, for me (Mr. Motion Sickness Plus) it just about did me in!  But I survived and we enjoyed the closing fireworks.  Whew!  A whole day from opening to closing at Disney!  But Nikki did get to meet Gaston from “Beauty and the Beast”. 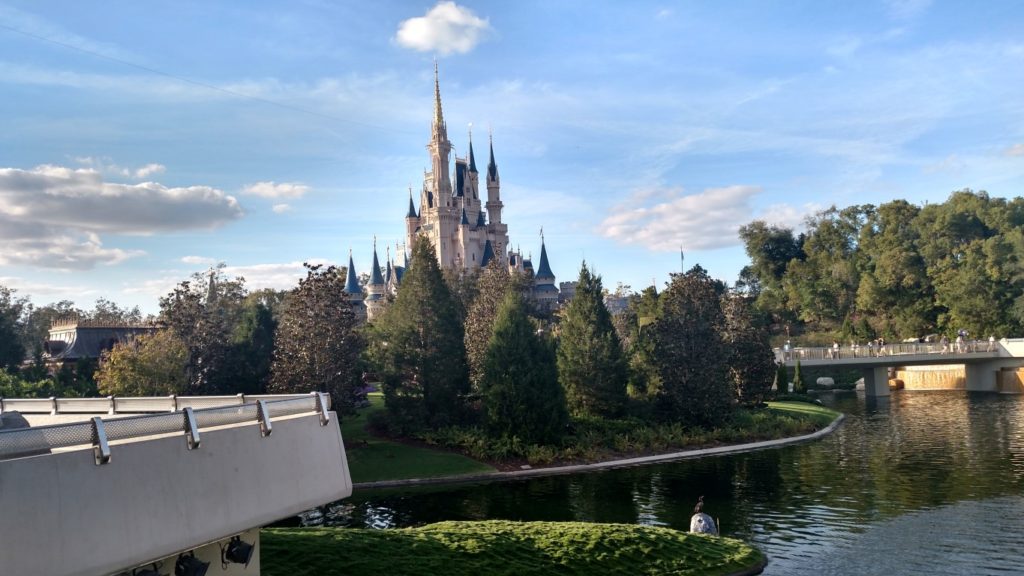 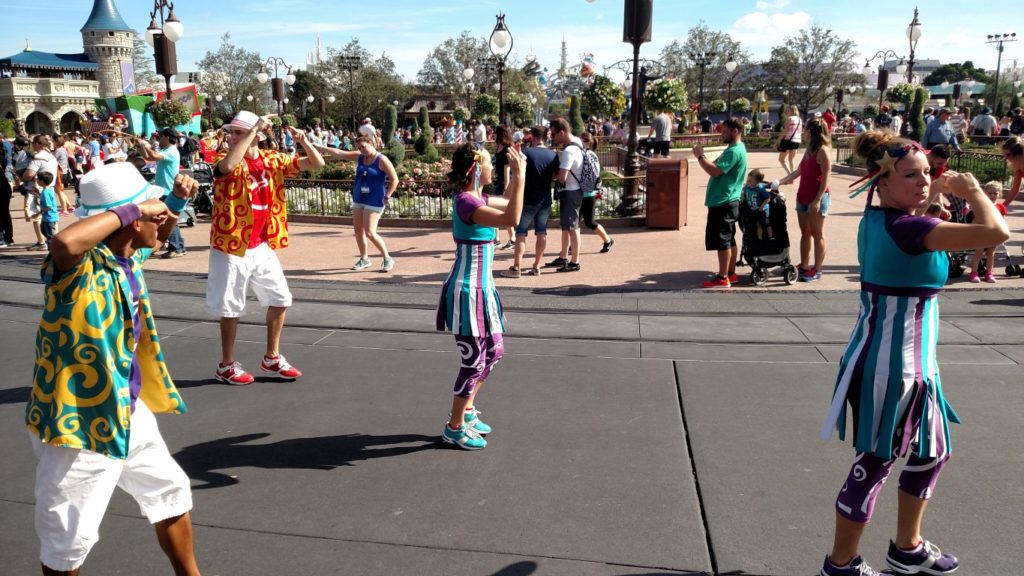 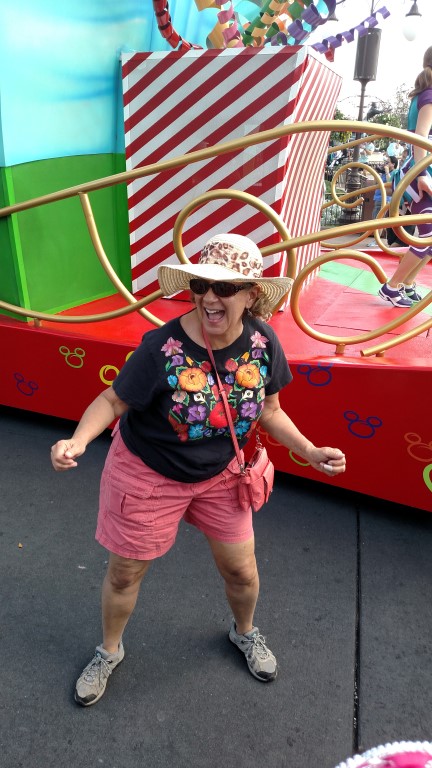 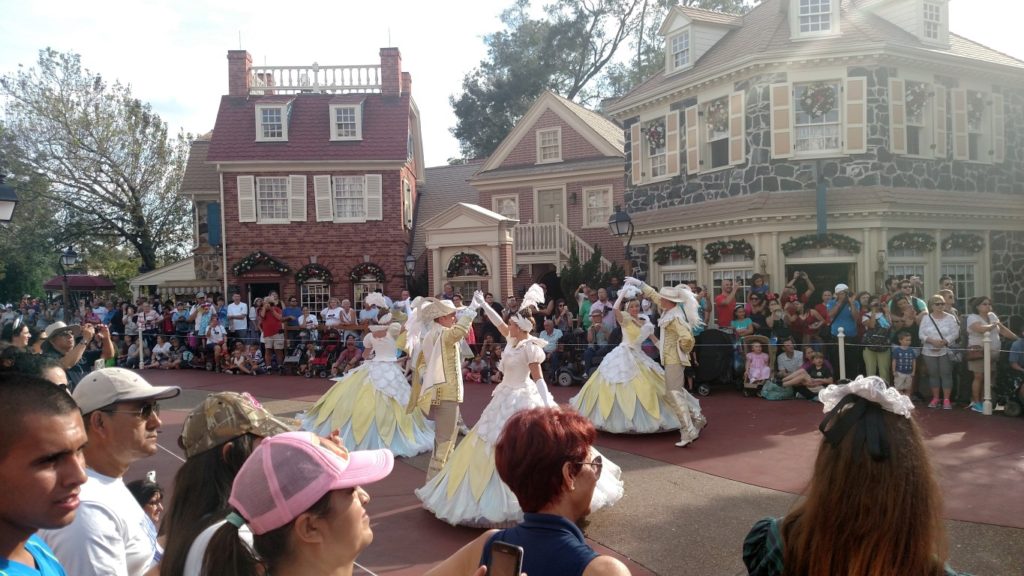 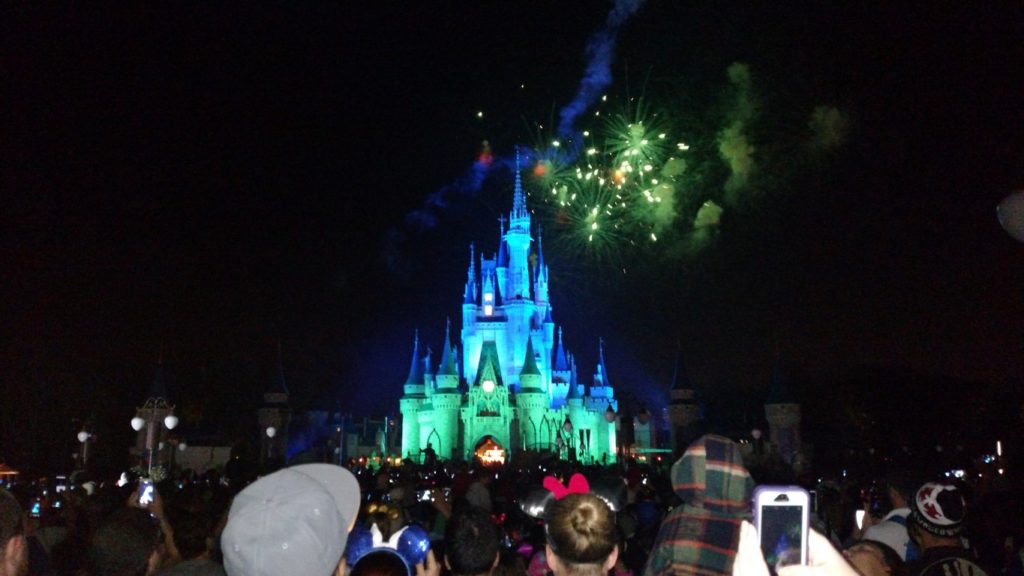 We also went to Blue Springs State Park to watch the manatee’s swim.  The site and the river are picturesque.  There were only about a dozen there at the time, and of course they are under the water while we were above the water, but it was still really interesting.   We did see a mother with two baby manatees along side.   Several cormorants were also hanging around, swimming, and preening.  They do not allow you to swim with the manatee’s, but since this is also alligator habitat, that really is OK. 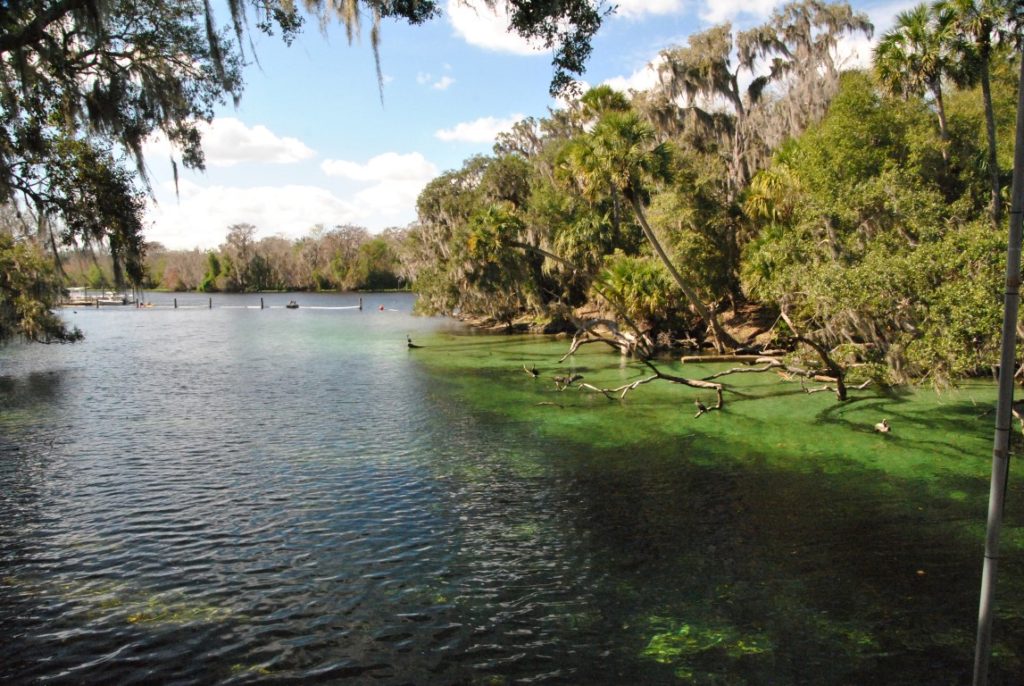 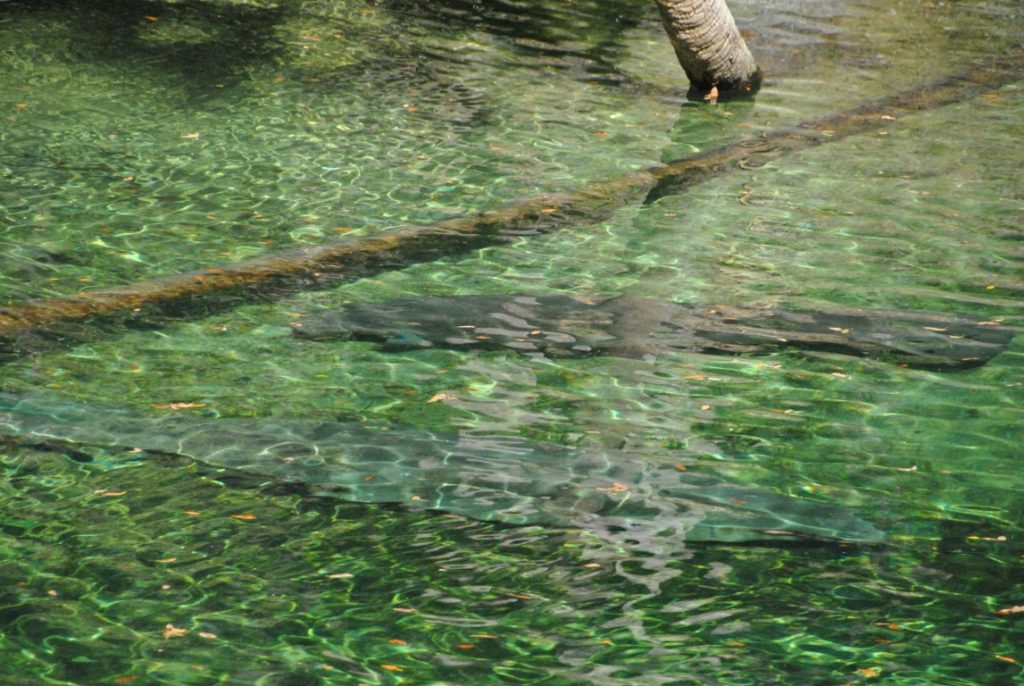 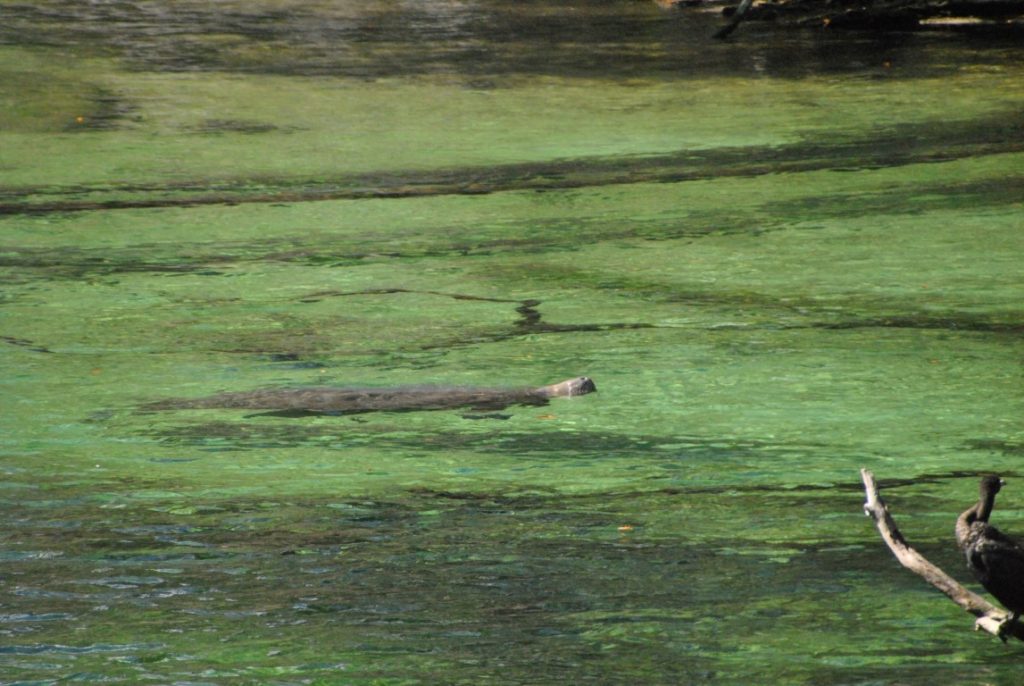 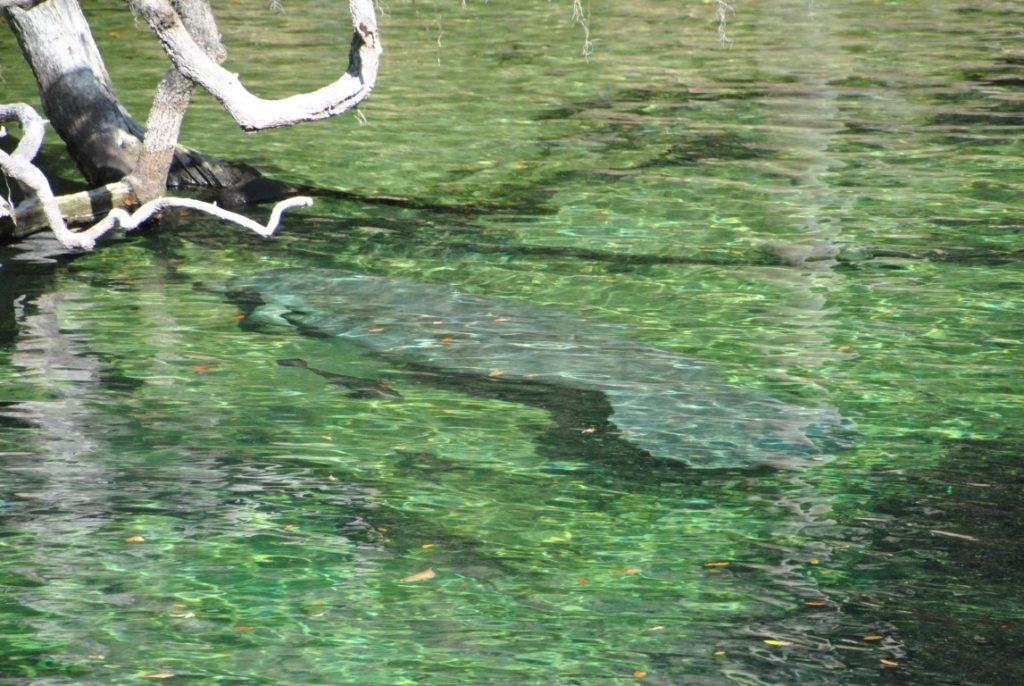 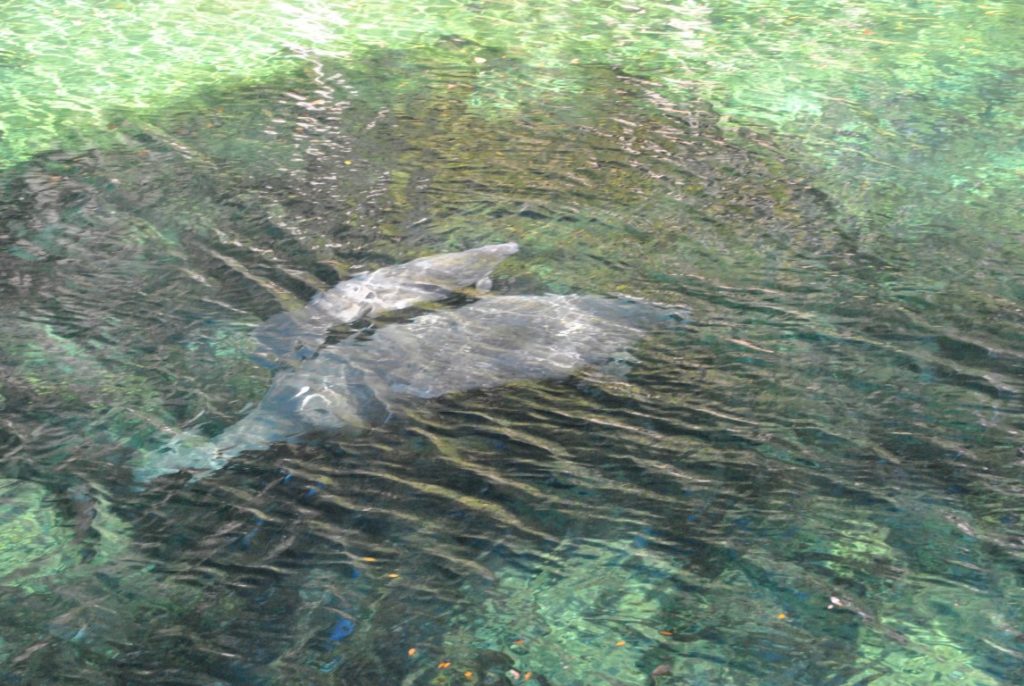 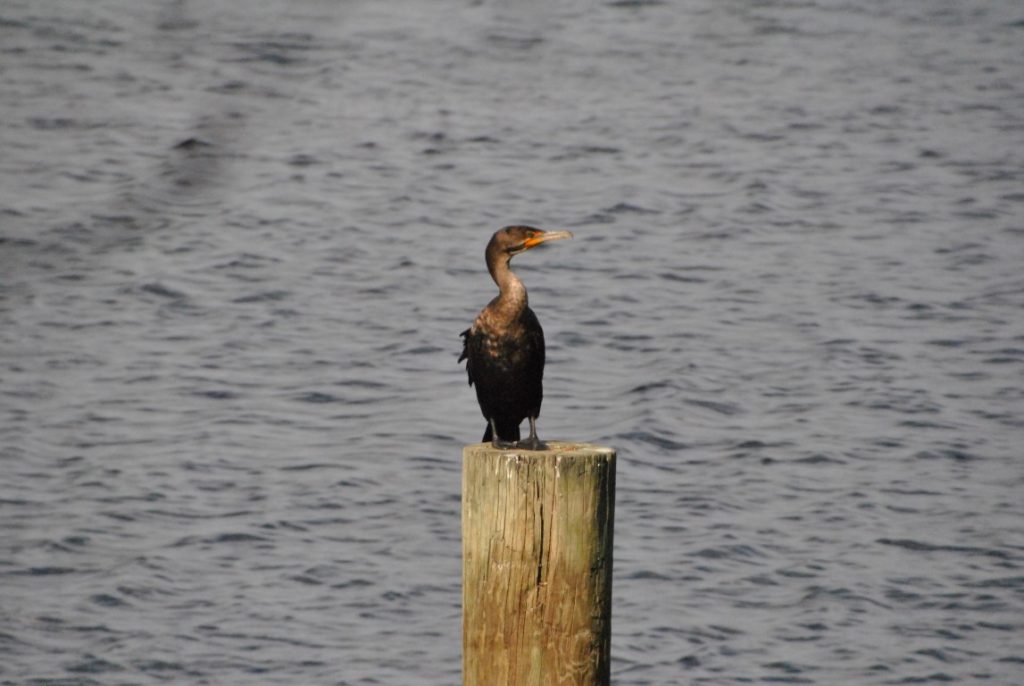 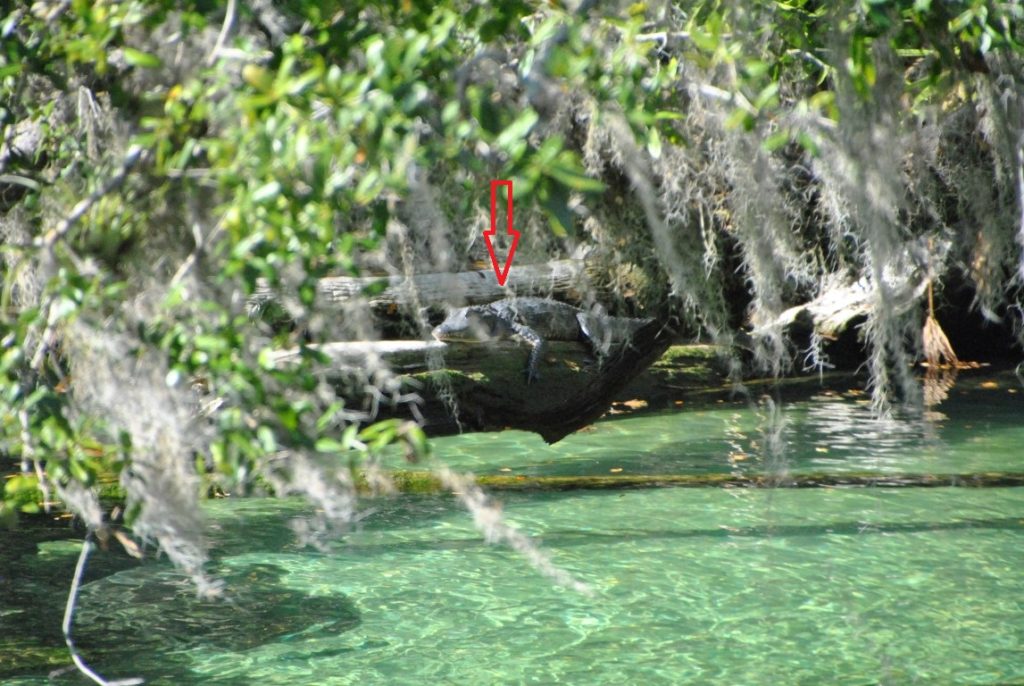 While we didn’t grab any pictures, we also were able to have lunch with friends from down the street in Cleveland, Jerry & Ellen, and with friends from Judith’s Florida days, Vicki & John.  We had a great time catching up with everyone!

We have arrived at Anahuac NWR and have been warmly welcomed by the other volunteers and staff.  We are spending a few days getting organized and oriented to the refuge before we start our volunteer schedule after February 1.