We have spent the last week “boondocking” beside Mittry Lake and enjoying the setting.  When we first pulled in, Judith & I debated where we should camp — she was right!  Here is a panoramic view from our front door: 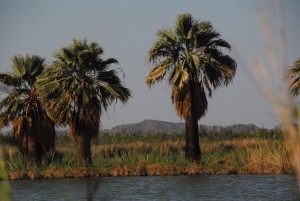 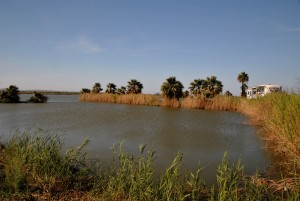 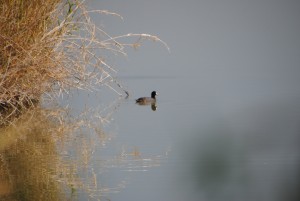 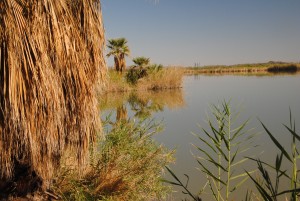 The Number One tourist attraction in Yuma is the Arizona Territorial Prison Museum!  (Which may say something about #2 & #3???)  It “was” interesting, and they even allowed us to leave! 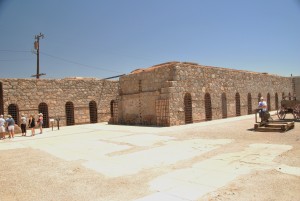 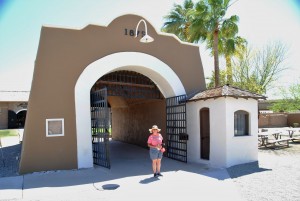 While we were there, a hummingbird stopped and asked to have it’s picture taken.  And on the way home, a common egret did the same: 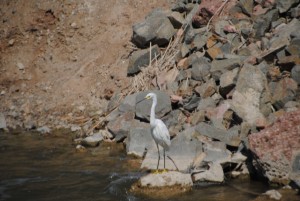 A visit to Imperial National Wildlife Refuge was mostly uneventful.  It is amazing to see the Colorado River running through the desert.  We did have Wiley Coyote stop to give us a look; and the saguaro cactus are starting to bloom. 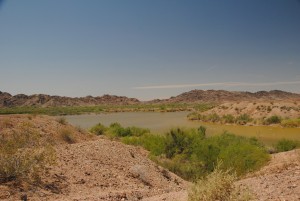 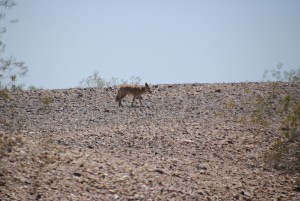 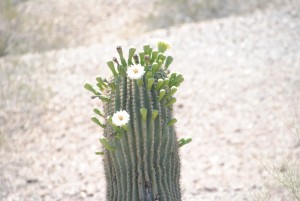 Visiting the Castle Dome Mining town & museum was interesting.  Of course, you had to drive five miles across the U.S. Army’s Yuma Proving Ground test site to get there… 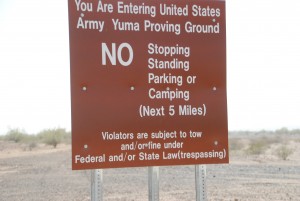 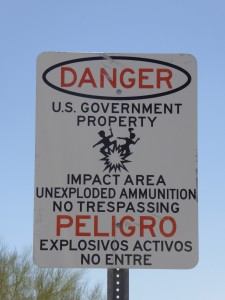 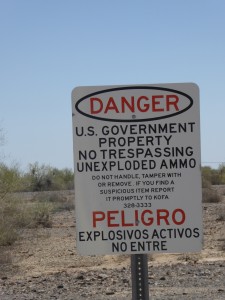 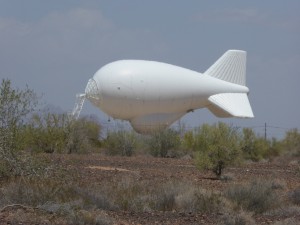 But the “ghost town” and museum were interesting … an eclectic collection of memorabilia from Arizona’s mining days.  There were over 300 mines in a 10 mile area; they typically went down 150 to 400 feet, then followed the seam for a half mile or more! 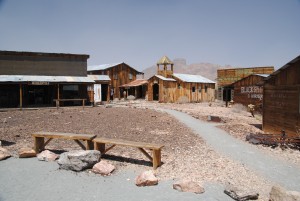 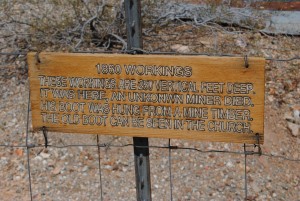 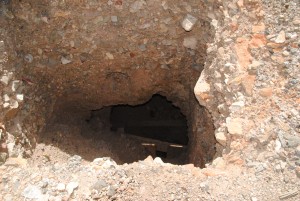 Finally, we visited the US Supply Depot historic site.  History about transportation on the Colorado River and how the dams and irrigation projects changed the river. 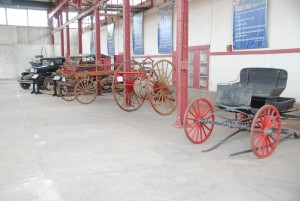 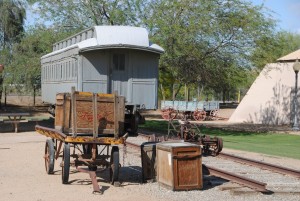 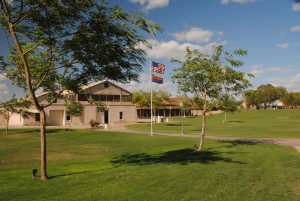 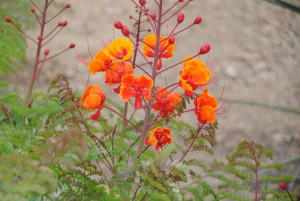 To wrap up our tours of Yuma, we drove across the “Ocean to Ocean Bridge”.  In 1915 and for a very long time thereafter, the Ocean-to-Ocean Bridge was the first and only vehicular traffic bridge over the lower Colorado River for 1,200 miles.  If you wanted to drive from San Francisco to New York, you had to drive 1,500 miles out of your way because this was the only place to cross!  It was (and is) a one-lane bridge. 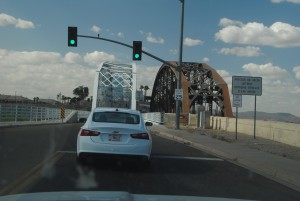 This has been, in part, a boondocking experiment for us … to see just how long we can operate with no hookups.  The solar has worked great, the composting toilet is fine, the gray water tanks are doing OK, and we haven’t run out of fresh water yet as we end our first week.  Then it will be “on to Sedona”!!

One thought on “Yuma AZ”