We all know of the challenges that New Orleans has faced since hurricane Katrina devastated so much of the city.  Mostly the city has recovered, and the French Quarter is lovely.  However, we were not prepared to see the large numbers of homeless people living under the freeway overpasses.  While we know that all large cities face this problem, it was extremely evident as one enters New Orleans.

Following the most memorable and interesting visit to the World War II museum was going to be a challenge for any adventure.  However we found a “Groupon” for a “Taste of NawLeans” walking tour.  We walked around the French Quarter with a funny & most interesting guide, learning about the Quarter and visiting five different restaurants for a taste of their specialties.  (Gumbo, jambalaya, muffalatto, roast beef with horseradish, “Grasshopper”, and bread pudding.) 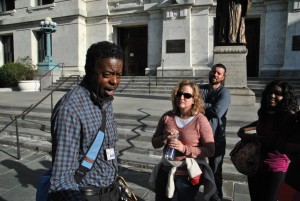 The French Quarter is quaint & beautiful; it is the New Orleans that we all expect to see.  However, we learned that the typical architecture of the French Quarter is really Spanish!  But it was still lovely and interesting with several street bands playing classic New Orleans jazz.  We even saw the shop where Richard Simmons worked (Leah’s Pralines) before he became an exercise guru! 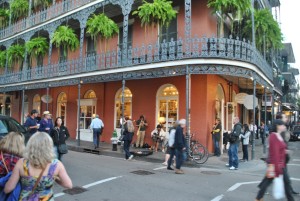 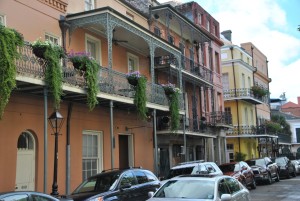 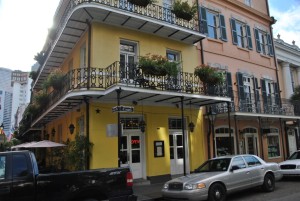 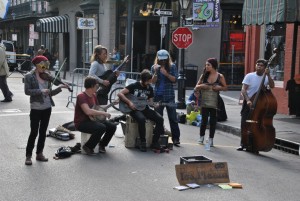 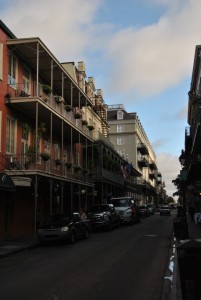 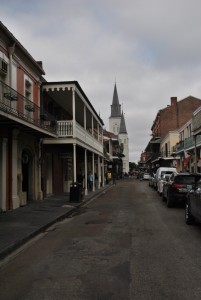 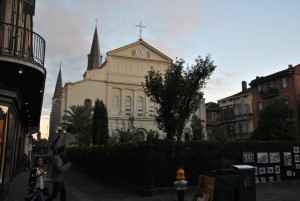 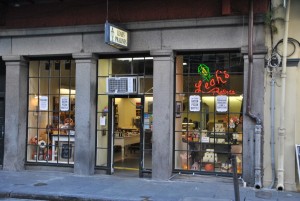 While in the New Orleans area, we stayed at Fairview-Riverside State Park.  This was a beautiful place to stay, with a boardwalk over a swampy area near the river.  It was straight north of New Orleans, and access to the city is via a 24 mile long bridge that goes right across the center of Lake Pontchartrain . 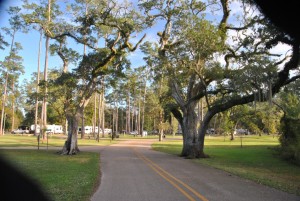 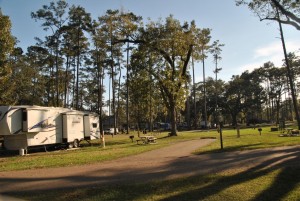 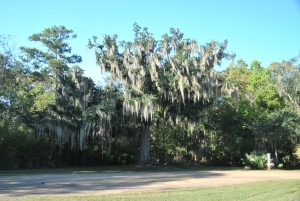 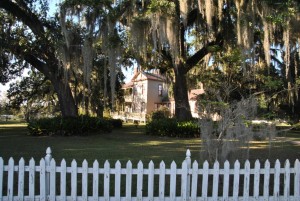 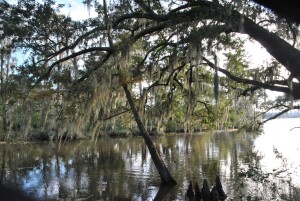 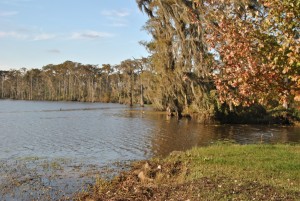 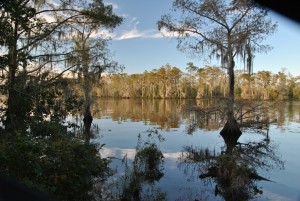 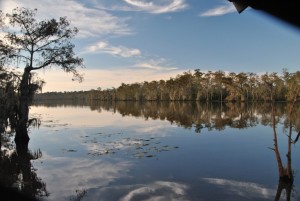