The Covid pandemic has continued to affect our travels and activities.  While the opportunities for social interaction were somewhat limited during our stay at Bosque del Apache, we had numerous established friendships to draw upon as well as building friendships with new members of the refuge family.  As we left we knew that we had some maintenance issues to deal with on our 5th wheel, we just didn’t know the extent.

So we drove as gently as we could for the 500 mile trip from Bosque del Apache to El Mirage, AZ, where the repair shop that we have used before and trust is located.  The suspected break was somewhat worse when we arrived.  With substantial trepidation we approached the results:  Would they be able to fix it?  How much would it cost?  Would we have to buy a new 5th wheel??

We got a nearby hotel that accepted cats, and waited.  It took longer to tear off the outer layers to get in to see the damage because they had done a far better repair when they had worked on our rig before than the original factory work had been.  But they found that that work had been largely what was holding the front of our trailer together!  The weld that joins the overhang to the body was completely broken on one side and cracked on the other. 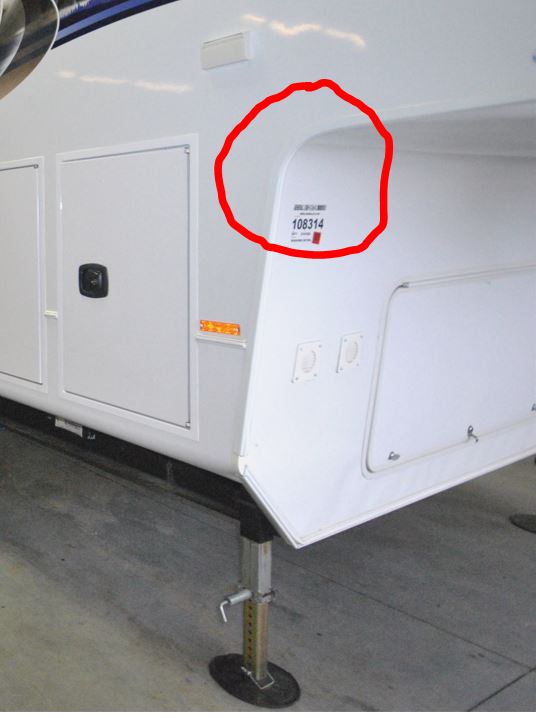 But they could fix it for a fraction of the cost of replacing our rig.  Besides, we LIKE our rig!  So we stayed in the hotel room several more days while they finished the repairs.  When they finished, it was stronger than it was when new.  Tooie got bored hanging out in the hotel all that time:   Tooie Playing in the Hotel Room

Shortly after we got the rig settled in at Desert Gardens, we learned that one of Judith’s friends from nursery school through high school was going to be in the area.  So we drove down to Tucson to see him, Gary, and spend the afternoon talking.  He shared his philosophy for staying young:  Keep learning!  Keep taking classes!  It was a lovely time. 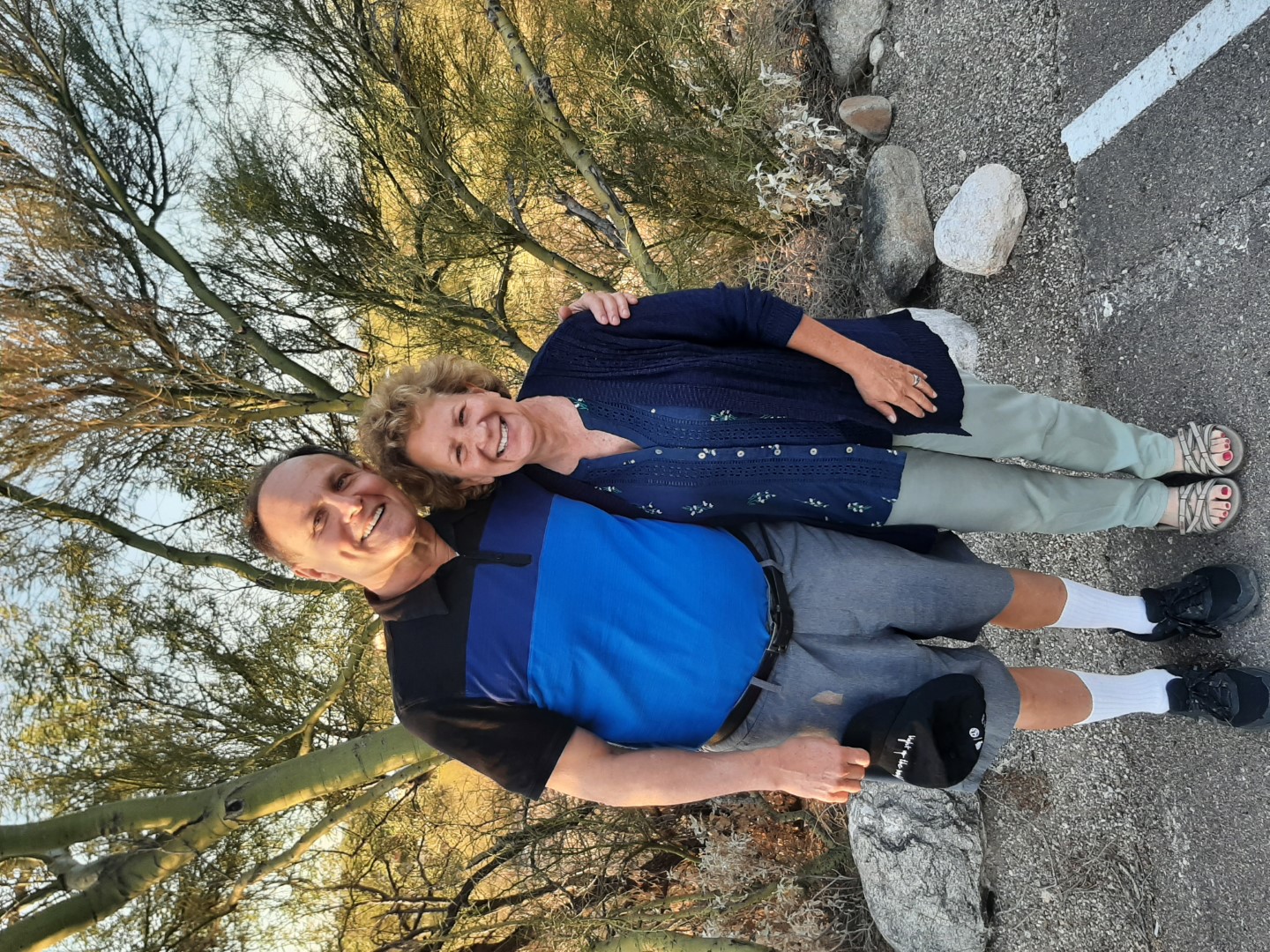 A friend of theirs from those school days, Sally Jaffee, is a fairly well known ceramic artist.  He gave Judith one of her works. 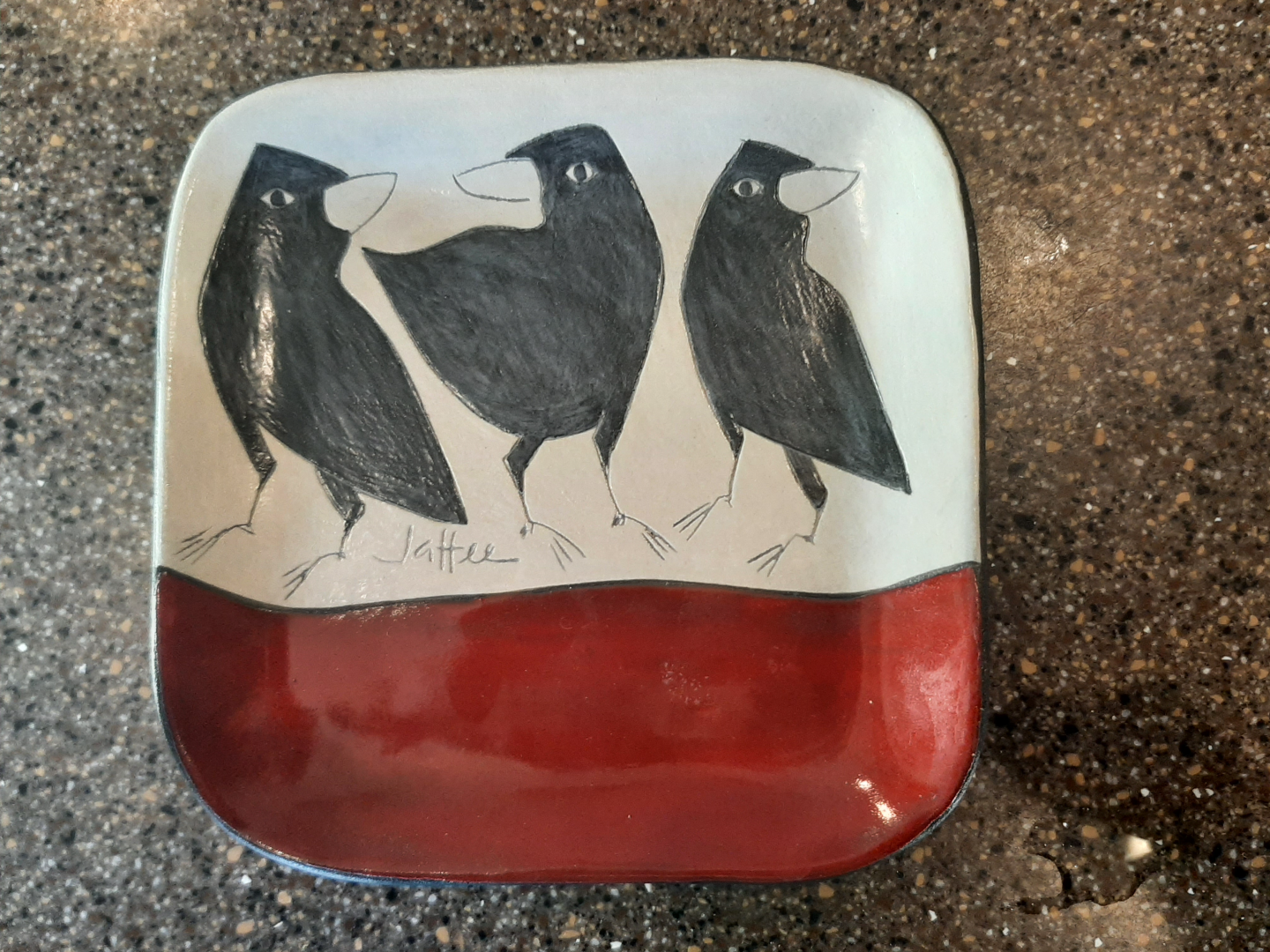 He also gave her one of his own artistic creations, an outgrowth of one of his classes.

Desert Gardens is as beautiful as always.  The walking path that surrounds the park has lovely views of the desert and a few opportunities for viewing wildlife. 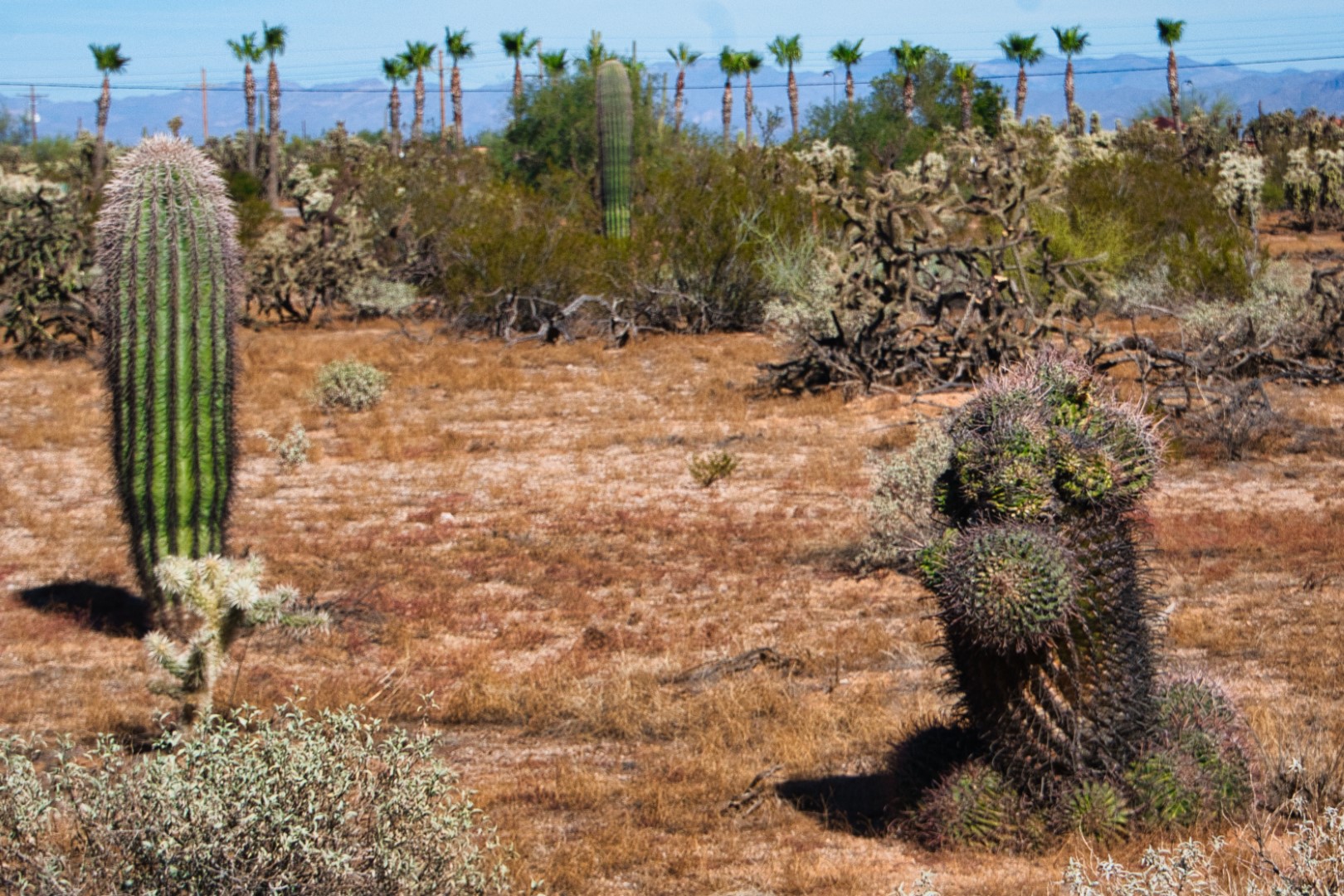 The diversity of birds is not nearly as great as at BdA, but I still found a few.

Nearly every week we would have a game afternoon with our friend, Rachel, who is volunteering at Casa Grande Ruins National Monument.  She would pick up Chinese food at a restaurant in Coolidge, we would eat together, chat, and play two or three games of wingspan.  Great fun! 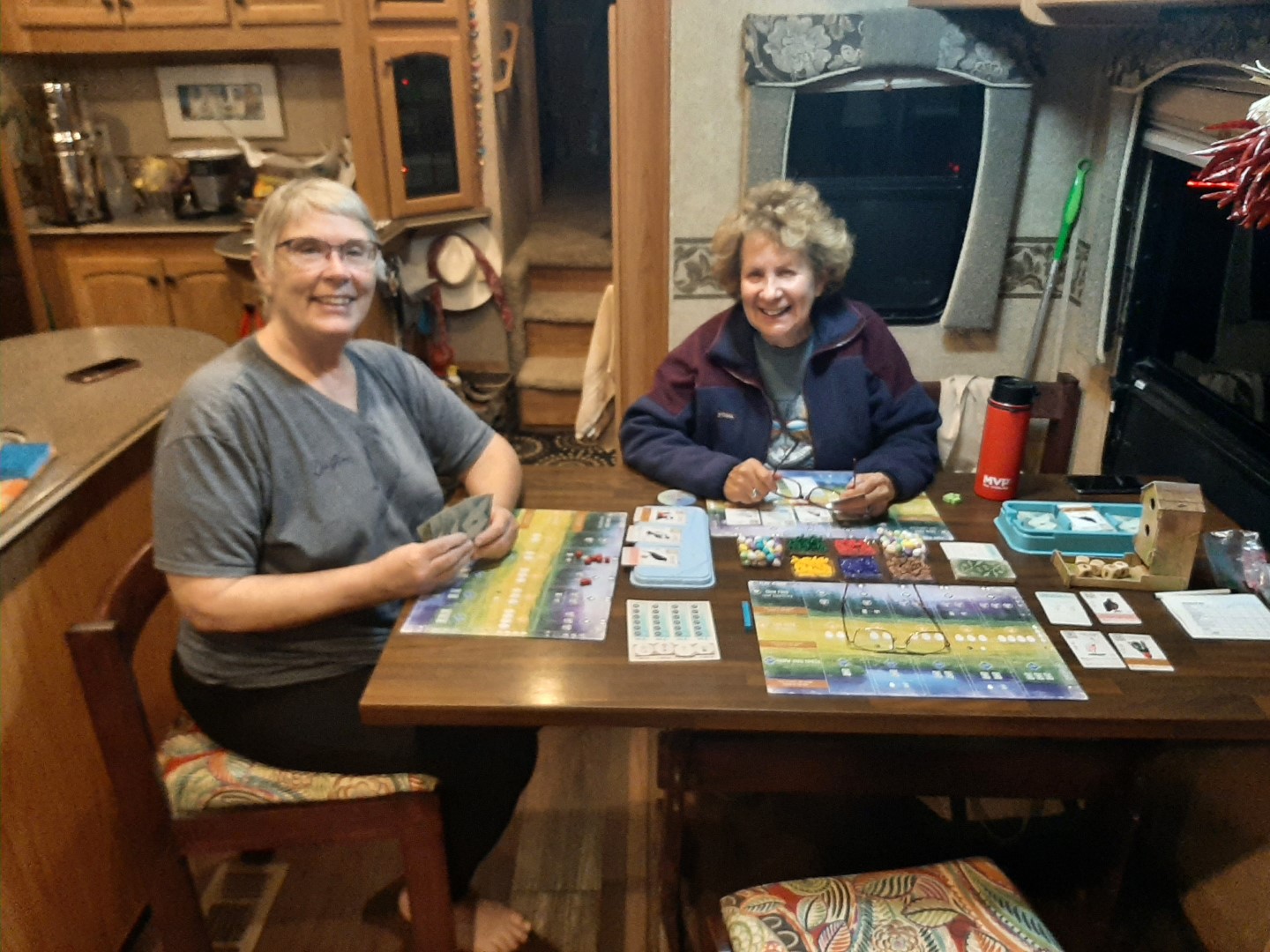 We helped with the Elks Americanism project for the local schools.  5-6th grade students and 7-8th grade students prepared essays on the topic, “What does it mean to love your country?”  There were many really bad ones with atrocious spelling and punctuation, many that obviously mimicked what their teacher had said to help them get ideas flowing, and a few fairly good ones.  Out of the over 400 submissions, we had to pick out three from each age group to advance to the state competition.

After meeting to discuss and identify the best three we joined the other volunteers for dinner.  Before we had finished, the restaurant was becoming very crowded — a situation that we had been trying to avoid.  A few days later my nose began running like a faucet.  The next day I had a fever of 100.6* and Judith was coughing and had a runny nose.  We tested and, sure enough, we had contracted Covid. 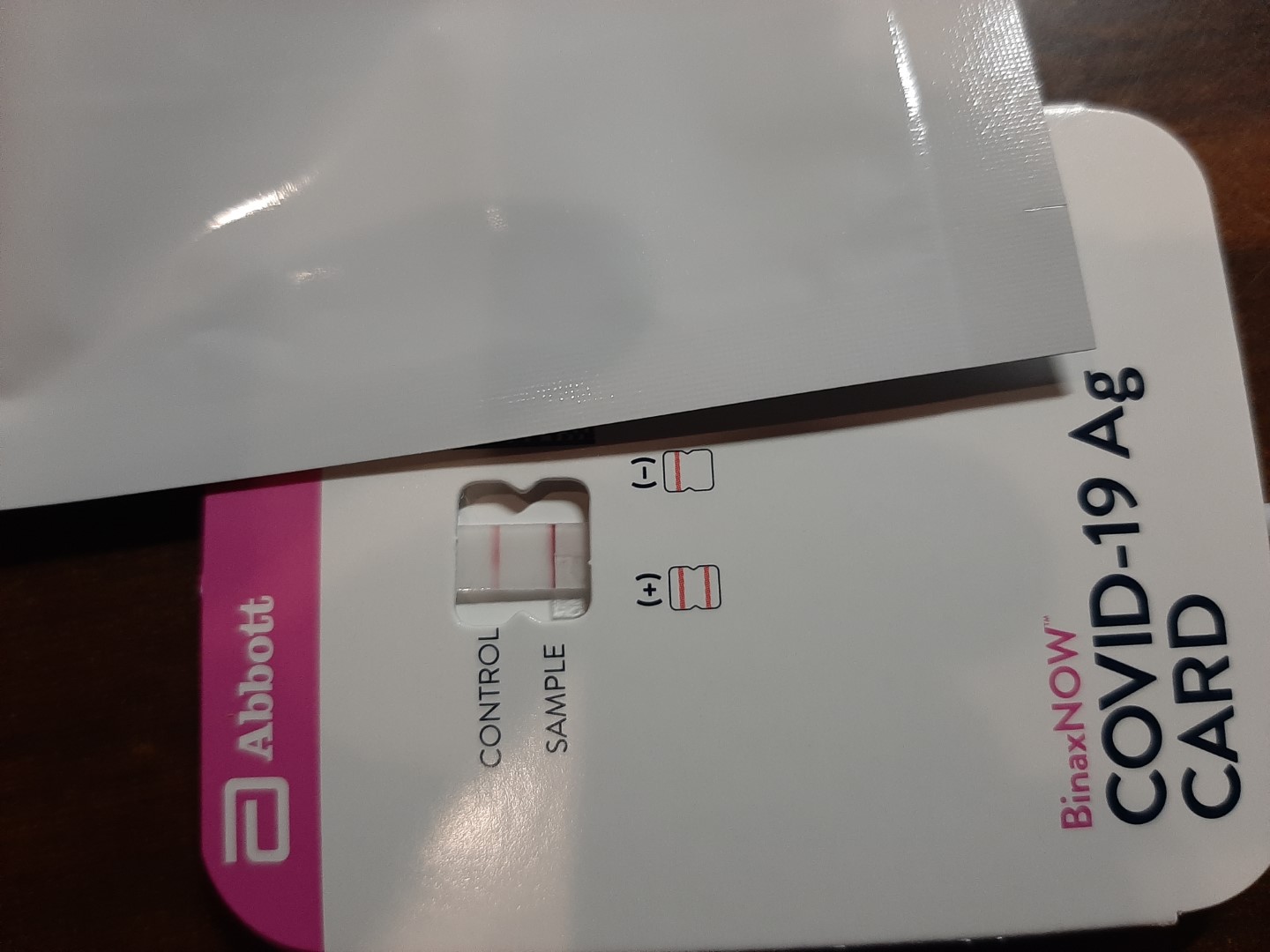 SO we quarantined for the next three weeks.  We never felt worse than that of a mild cold, runny nose and a cough.  We ordered our groceries from the Walmart Pickup (a wonderful service), and saw even fewer people than normal!  We didn’t even get together with Rachel for Wingspan!

But we spent lots of time working on our hobbies.  Judith has produced some spectacular gourd art: 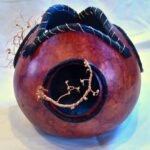 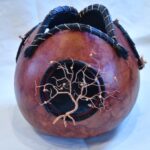 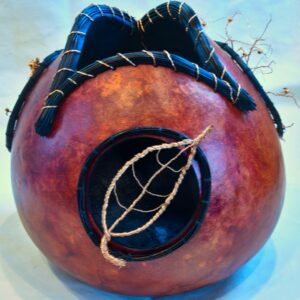 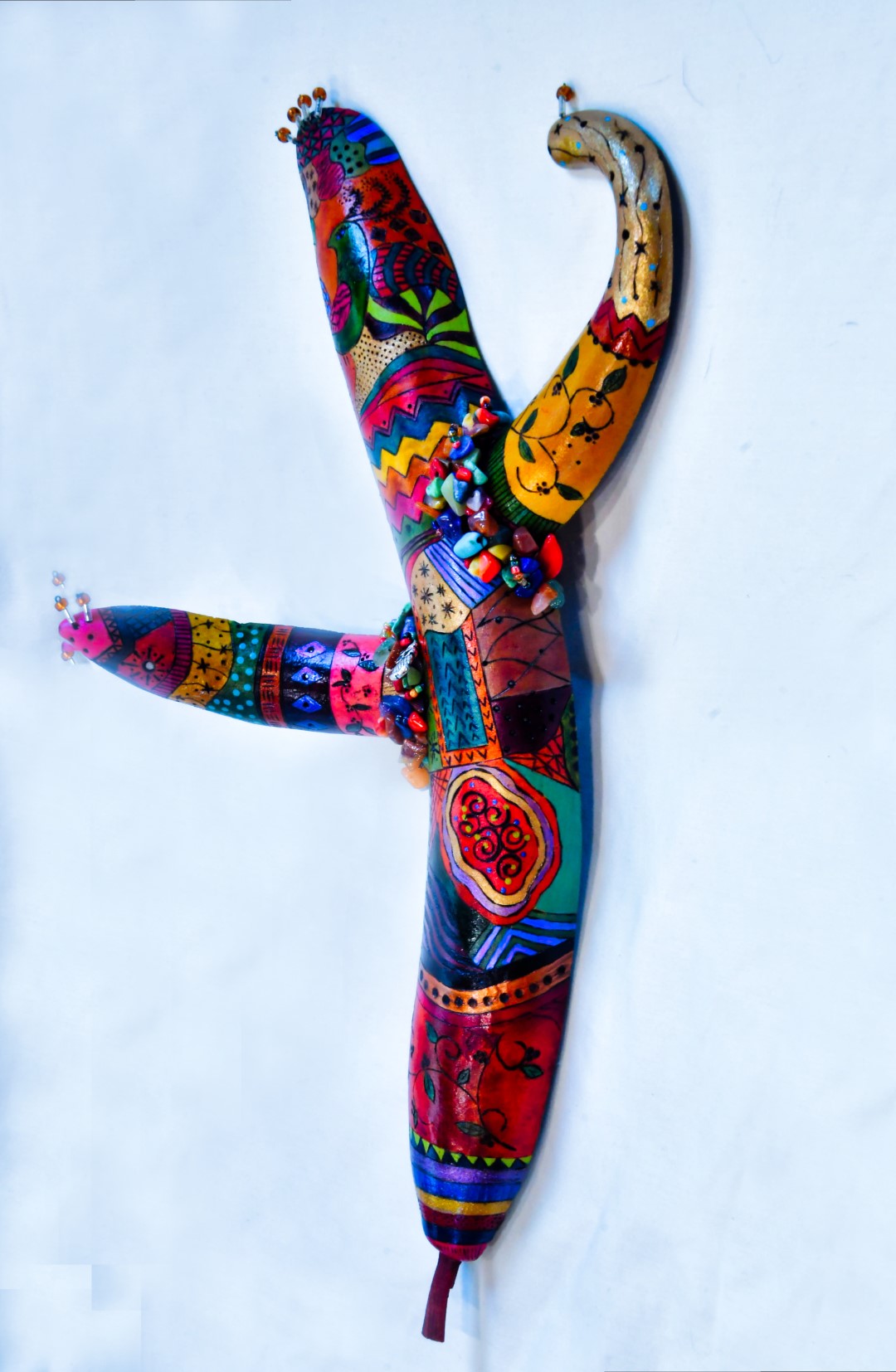 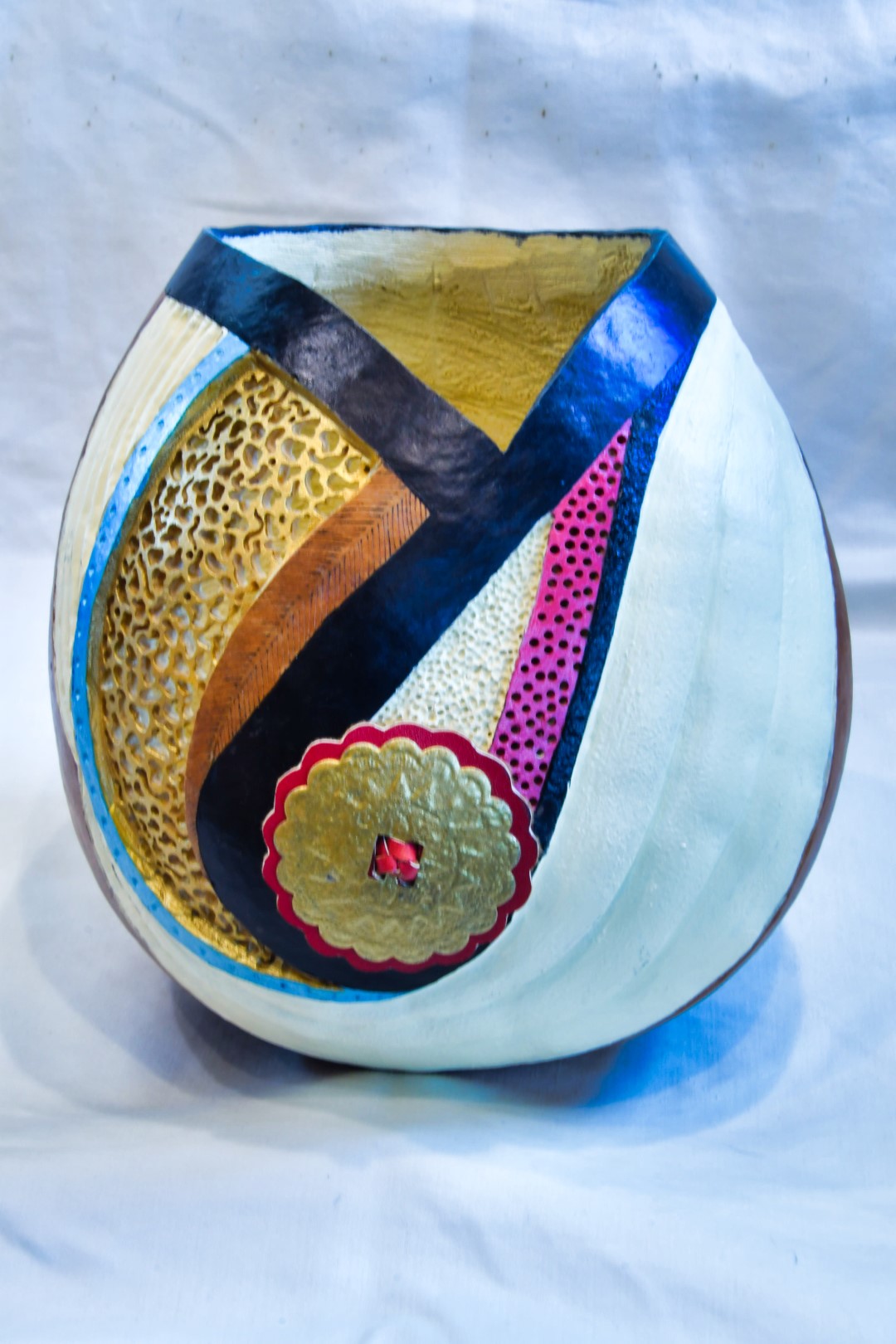 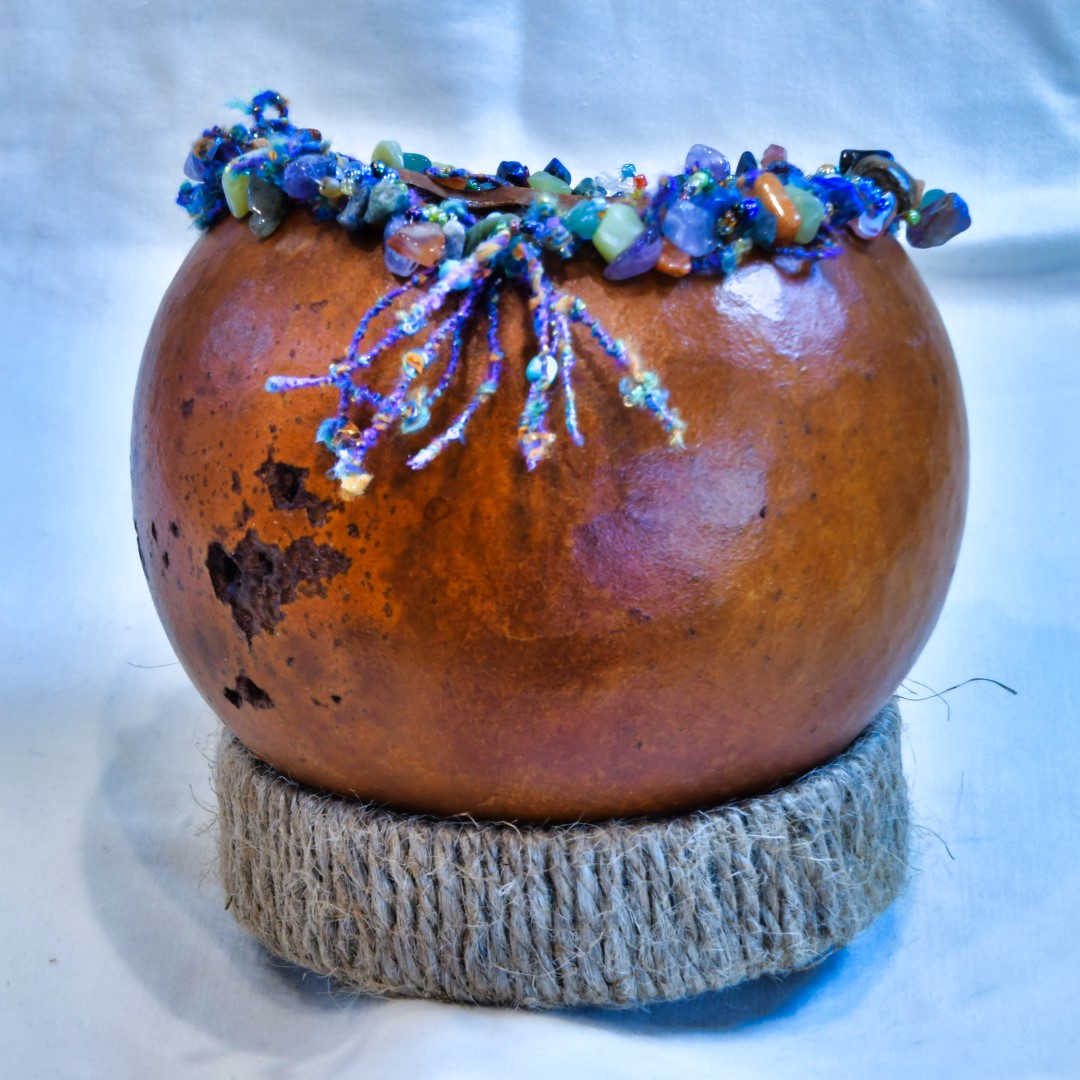 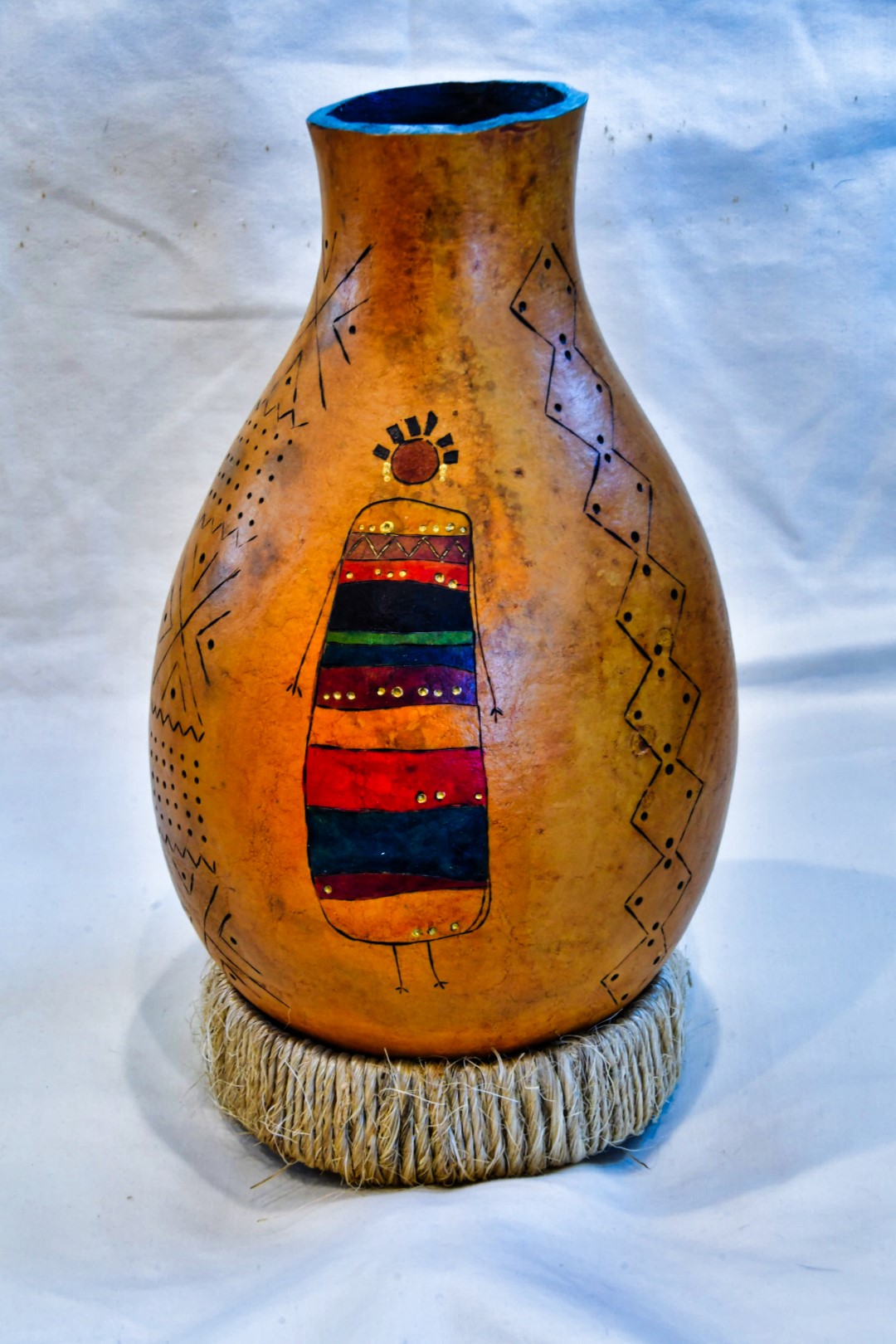 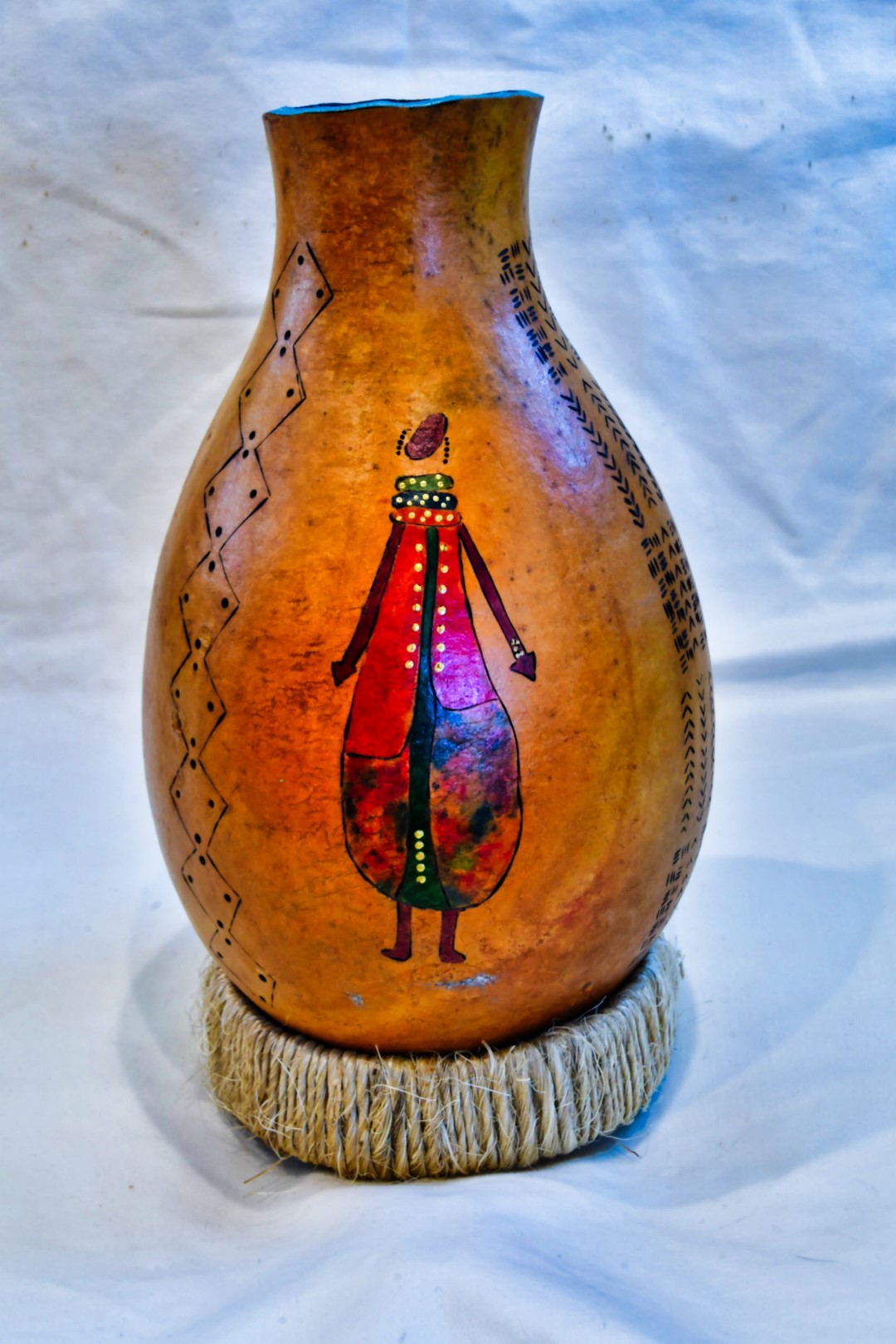 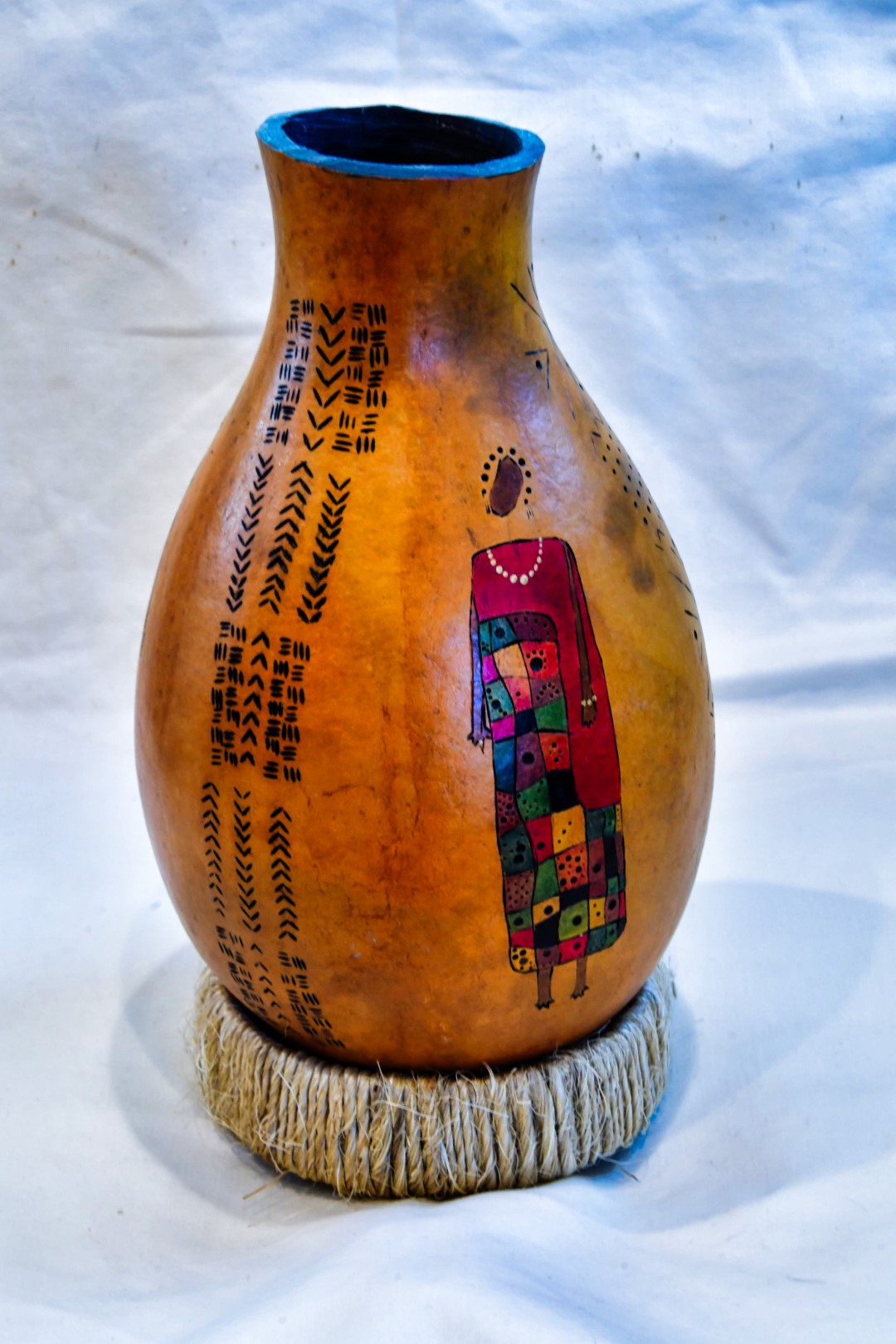 While Judith was working on her gourd art, I have been working on my family’s genealogy.  That work is coming to some challenging dead-ends.  I have never been interested in trying to identify ancestors prior to the parents of those who first came to America, and I have seen too many “family trees” claiming descendance from one ancient English king or another with no real evidence.   Of my ancestors I have identified 66 lines back to the original immigrant ancestor.  Of those, one couple actually arrived on the Mayflower, and another couple arrived at Jamestown Colony in 1619 & 1620.  I have seven ancestors who served in the American Revolution with fairly good documentation, and one more that family legend says that he served as well — but I haven’t found documentation of that.  (I just eliminated two others because I just can’t find sufficient documentation of the parental links.)  If anyone is interested, you can click on the link below to see what I have found so far.

In fact, I have had so much fun doing the genealogy research that I have done some research for a couple friends, and I found that I liked doing that also.  So, I have launched a new venture:   Houser Genealogy Research Services

If you have curiosity about your ancestry, but don’t want to buy the subscriptions and do the work yourself, I encourage you to take a look at my new web site and see what you think.  Click Here

For our current blog subscribers, I would do the initial 8 – 10 hours of research for $50 off.  If you have friends, family, or acquaintances who might be interested, please send them to the  Houser Genealogy Research Services web site or give them my email address.

Our time in Arizona is quickly coming to a close.  We will be leaving Desert Gardens the last of February on a round-about journey to Ohio.  My daughter completed her Masters in Human Resources Management about a year ago, but due to Covid the graduation exercises were cancelled.  So, we will be going to Orlando to see her official graduation from her Masters program.  Along the way we will stop to see Janelle & Abel, Fran, Judith’s sister and husband, Barb & Clint, and their daughter Allison.  We will do a little birding with our volunteering friends Steve & Mary, and visit with other volunteering friends Bob & Amy, plus a stop to see Judith’s brother, Don, and his companion, Eve.

Then we will spend about a week around Coshocton, Ohio, doing genealogy research before heading on to Ottawa National Refuge (between Toledo and Sandusky along the shore of Lake Erie.)  We will be volunteering there for April, May, and June, and will enjoy the warbler migration.  We will also have opportunities to visit friends and family throughout northern Ohio.

Previous Post:  Bosque delApache – Part 2 — It’s all about the birds!