First, the BIG news — we have been accepted as volunteers at Anahauc National Wildlife Refuge near Houston, TX, for Feb. – April 2017!!  We are looking forward to this very much.

Sedona has been much warmer than we had expected — in fact record and near-record high temperatures have been recorded throughout Arizona, so we have seen many days in the high 90’s and a couple over 100.  But we are enjoying the many visitors from all over the world who come to Palatki.

About a month ago as I lead a group tour, we had an unexpected guest:

A Diamondback Rattlesnake was resting along the path – until we came along.  This picture comes from Wikipedia, since I was too busy helping my guests back away from danger, but looks very much like the nearly 6 foot long visitor we saw.  However, most of the guests managed to get their cameras and phones into action to get a record of the encounter.

We took a hike to a nearby canyon and its pictographs on one of our days off. 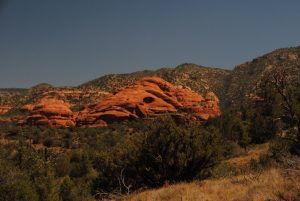 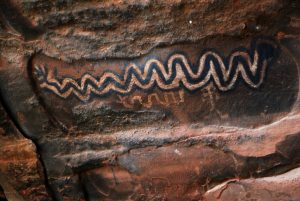 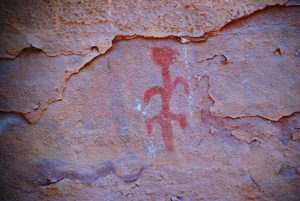 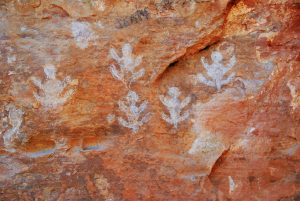 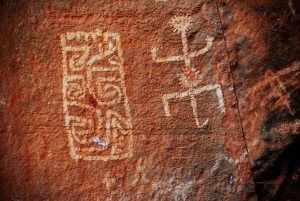 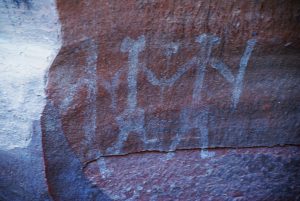 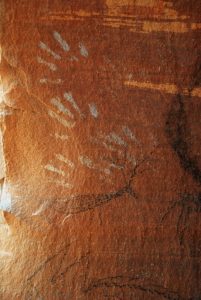 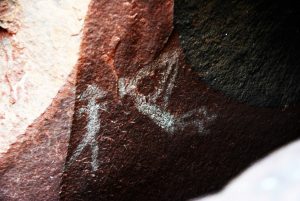 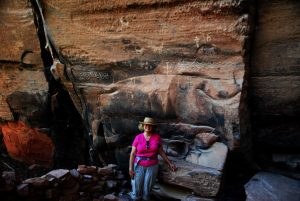