After leaving Page, AZ, our route took us through the Grand Staircase Escalante National Monument. 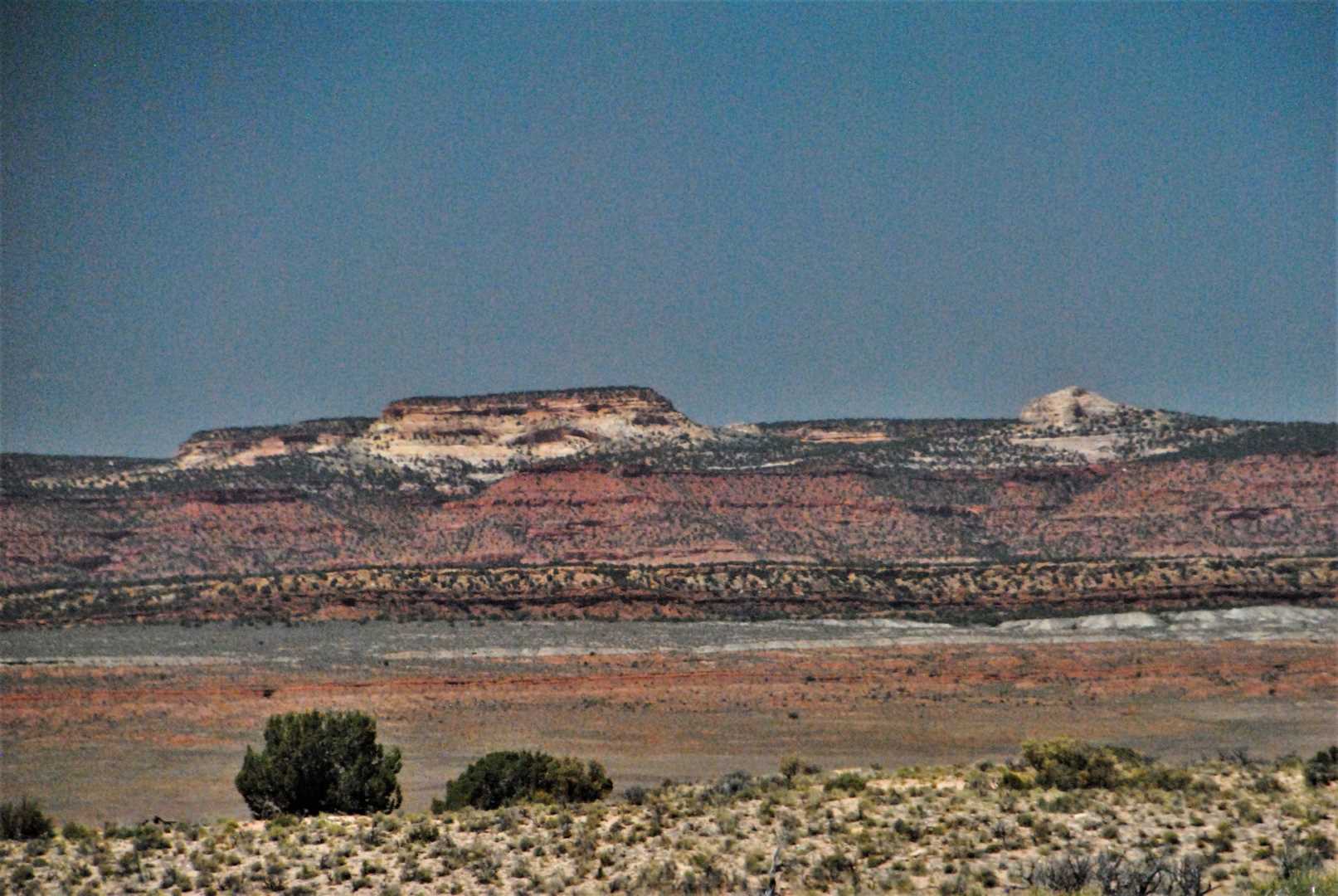 The formations and colors are spectacular!

While in Kanab, we visited the Monument’s Visitor’s Center and spoke with a ranger there.  I asked him for insights why there had been such a push to reduce the size of the Monument.  Besides this being an area where millions of years of geologic history is on display, and where some of the greatest paleontological finds in North America have been discovered and continue to be discovered, it also is an area with significant coal reserves.  Many Utah business and political leaders wanted to be able to develop these coal reserves!  While the boundaries of the Monument have been reduced, the price of coal has declined enough to discourage strip mining this beautiful country — and the 30 or so lawsuits will prevent development for quite some time.

A spring on our trailer’s suspension broke, so we spent a couple extra days around Kanab.  Not wanting to miss an opportunity, we visited Pipe Spring National Monument.  A constant source of water in this high desert region, this spring has been used for thousands of years by Native Americans; then more recently, Brigham Young selected this site as one of several stop-over points for LSD travelers — and later this became a huge cattle ranch for the church.  However, this lead to over-grazing of the native grasses and destruction of these grasslands, which in turn depleted the natural foods on which the nearby Native American population depended.   The “Winsor Castle” was built as both a ranch house and fort for the protection of the LDS people living there.

Since we were in the area and would have some extra time, we decided on something of a whim to drive down to the North Rim of the Grand Canyon!  What a life!

Soon, everything was fixed and we were on our way north toward Glacier N.P.   Our plan had been to stay at a park near Brigham City, UT, but when we drove through there did not appear to be any sites large enough to accommodate our trailer!  But it wasn’t a total loss because we passed a field of poppies that was gorgeous! 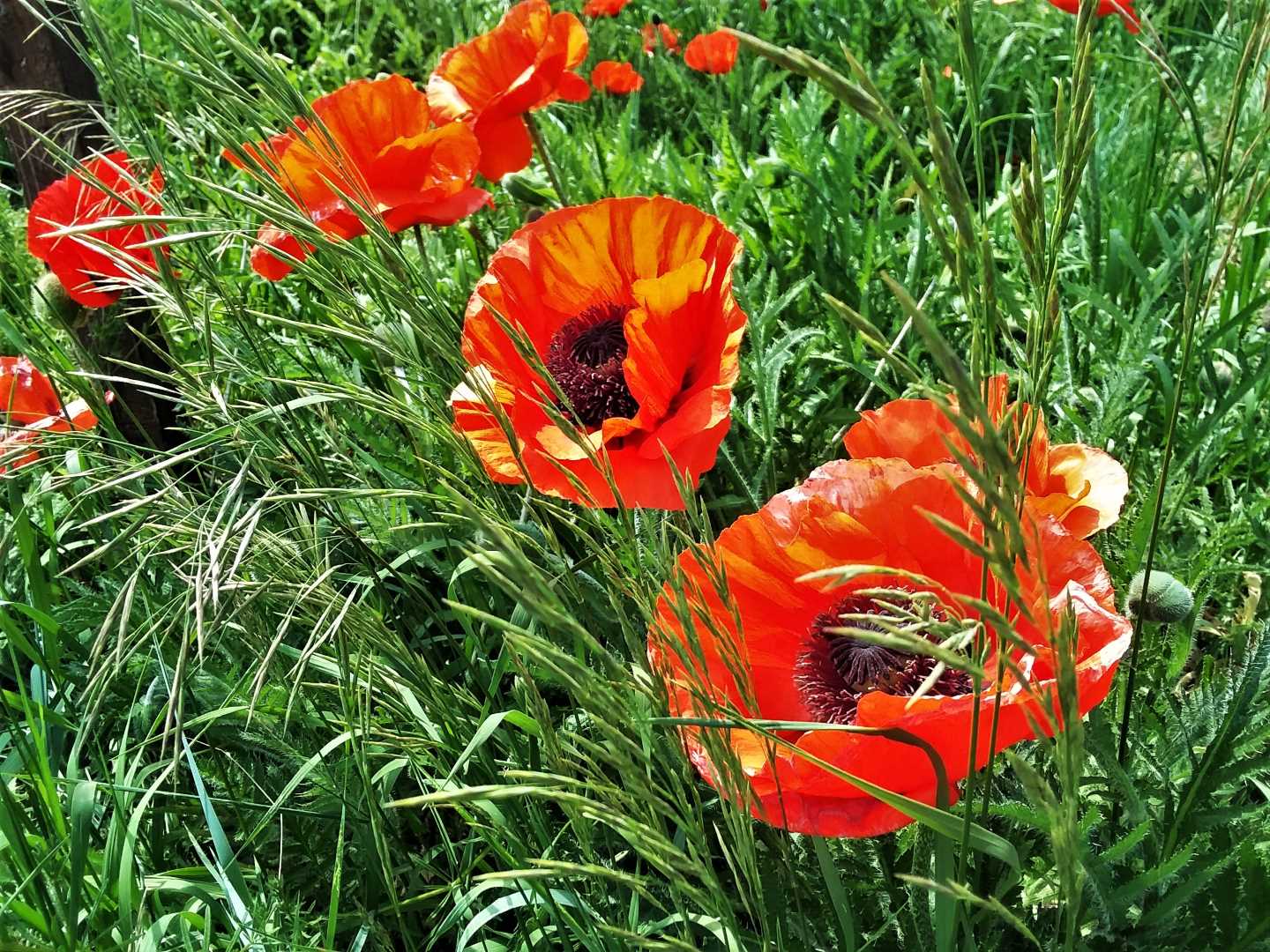 Another night along the way, we Wally-docked (dry camping in a Walmart parking lot) in Butte, MT.  Not a bad view from the Walmart parking lot!  I wish that I had taken a picture of the view when we were in Cedar City as well… but…..

Finally, we were approaching Glacier!

Our next post will be about our adventures at Glacier N.P.