We finally took an outing to visit the Tucson Botanical Gardens.  We met Judith’s friend, Jackie, and had a lovely time and a great lunch.  The highlight was the butterfly house with free-flying butterflies, orchids, and other plants. 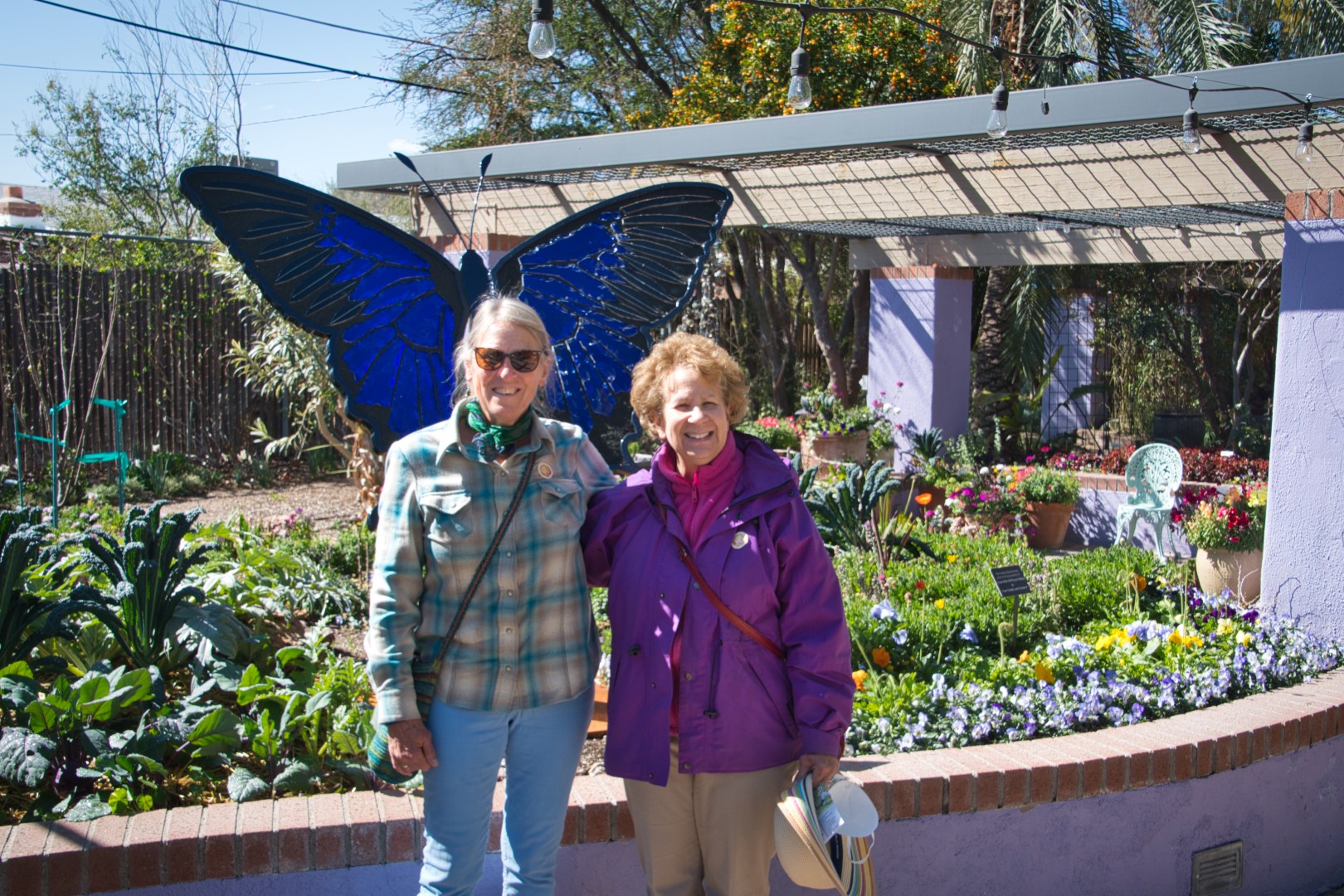 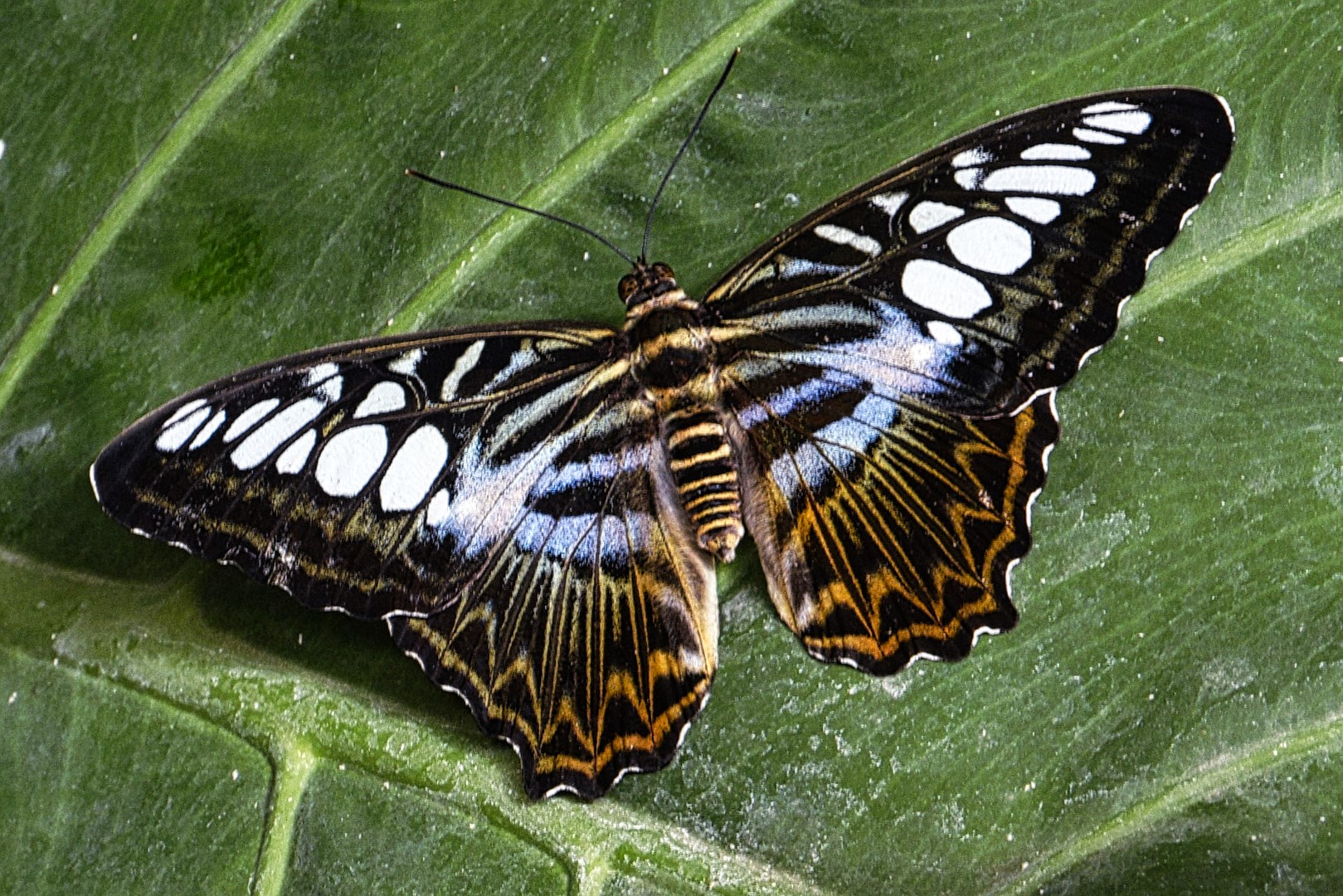 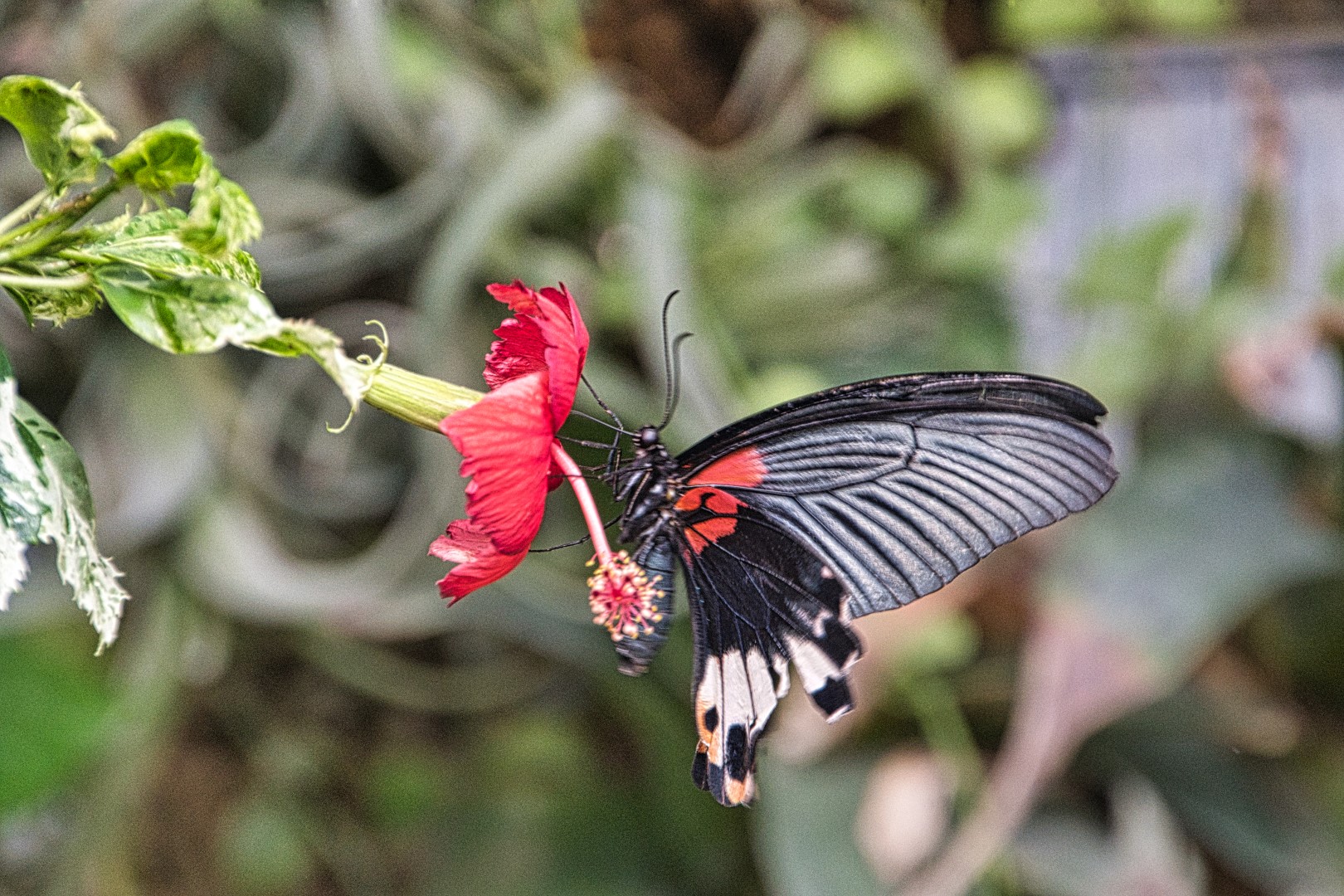 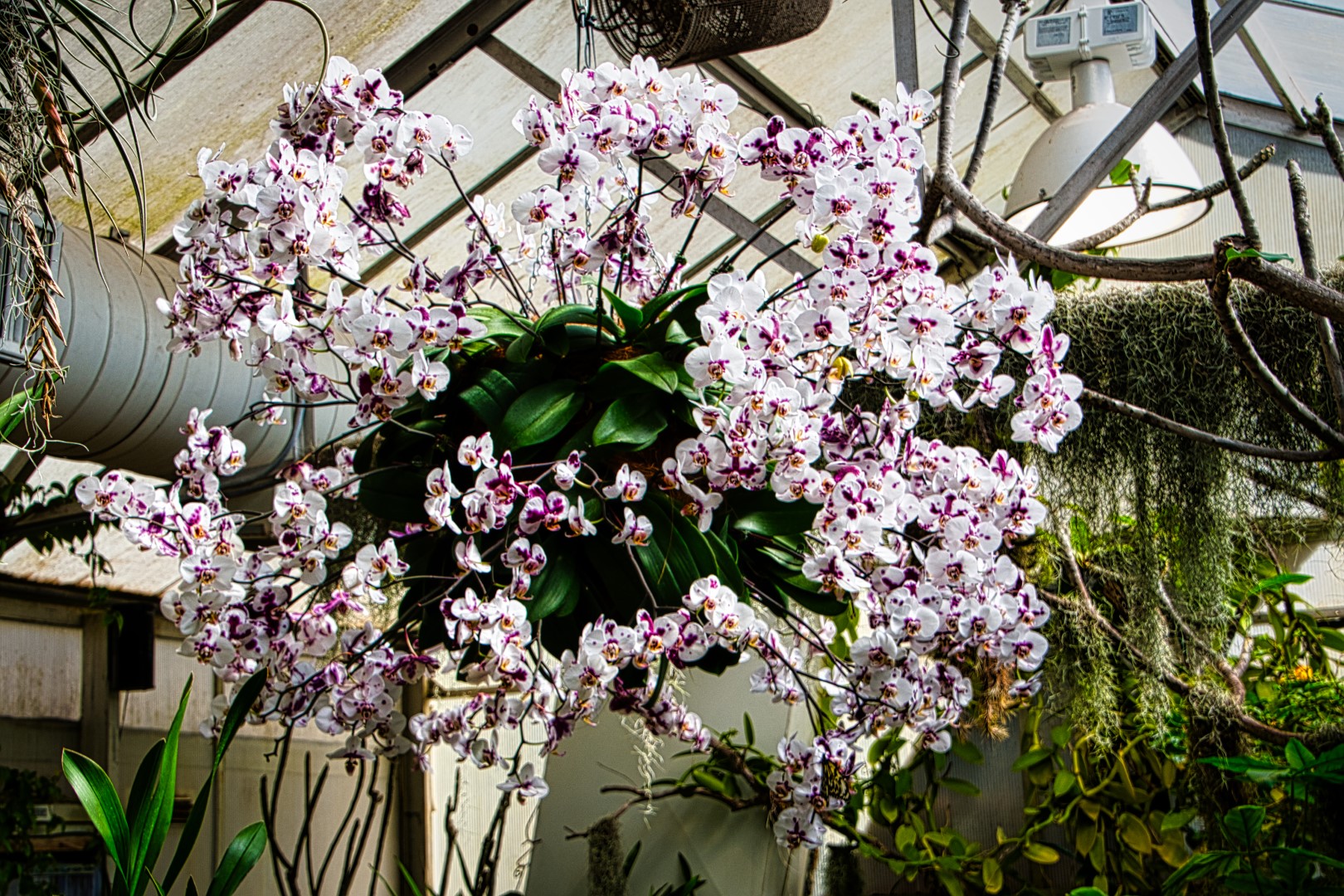 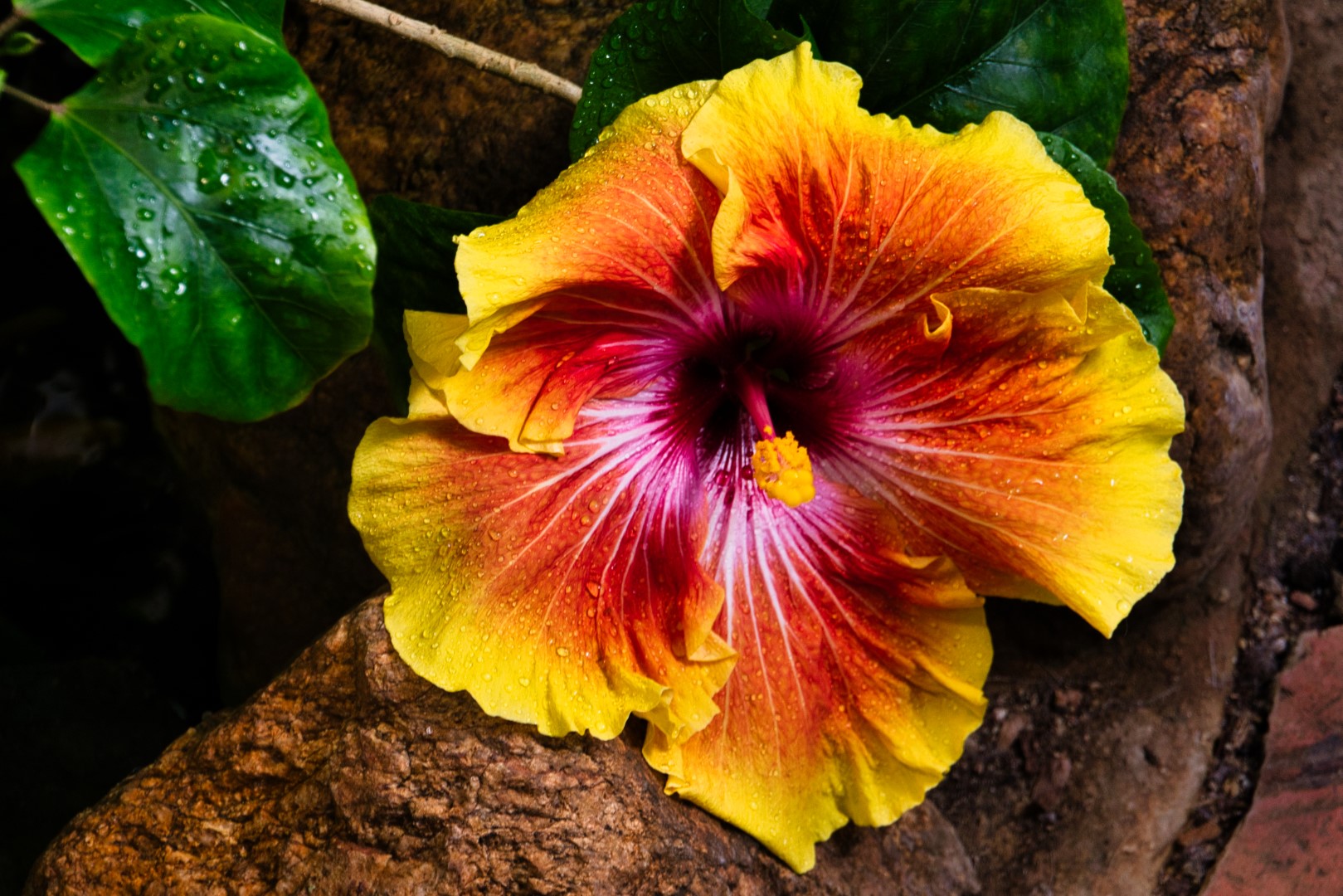 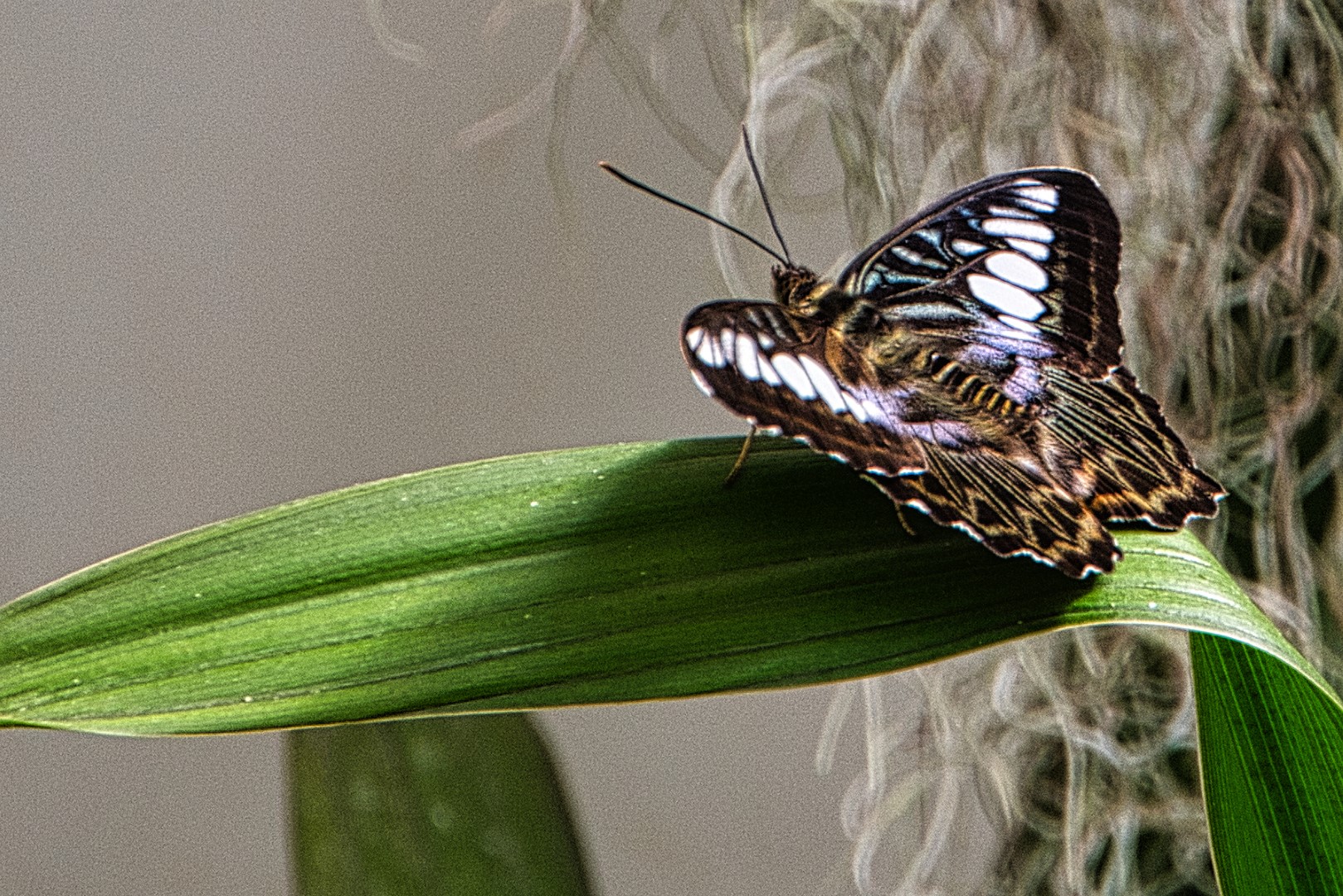 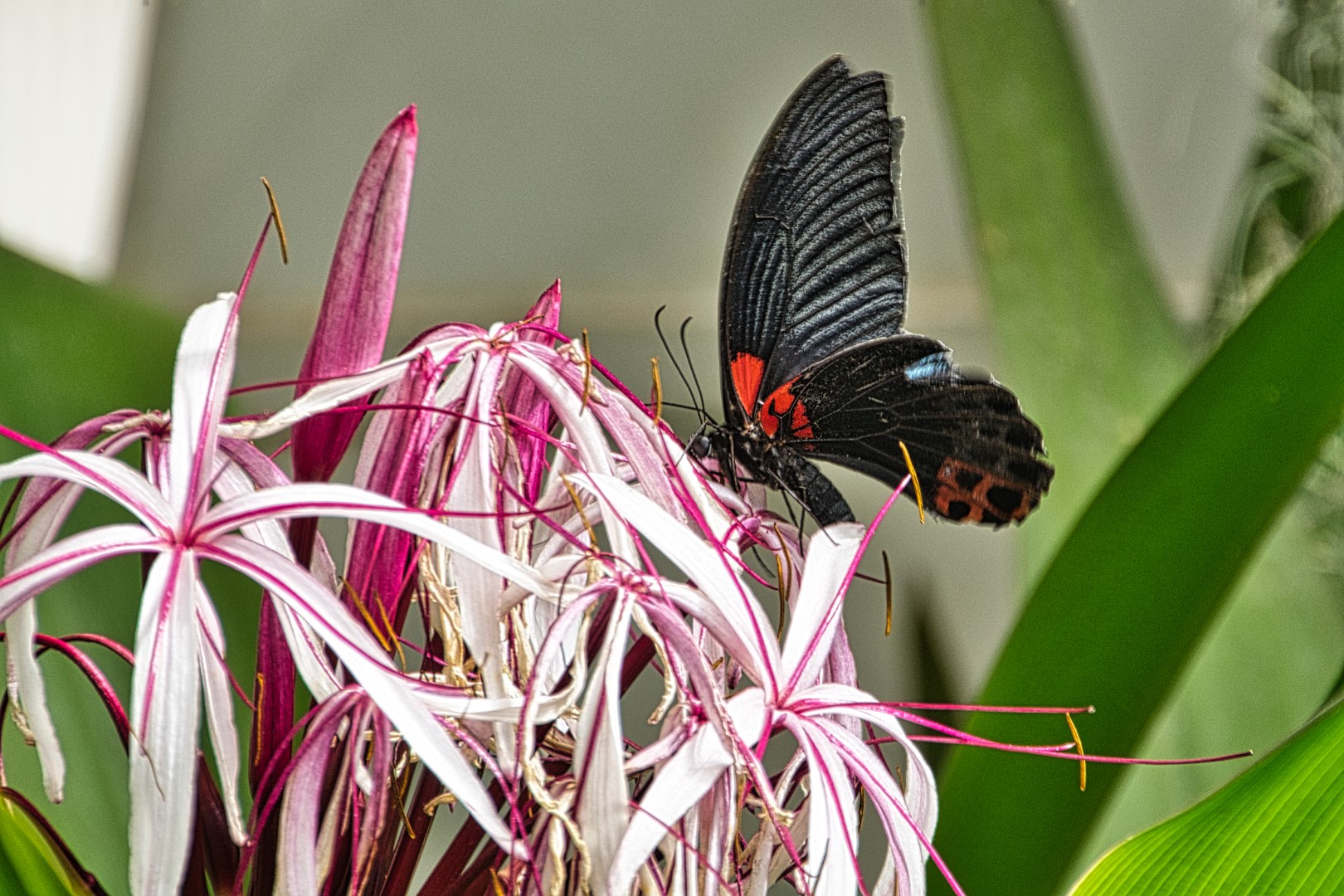 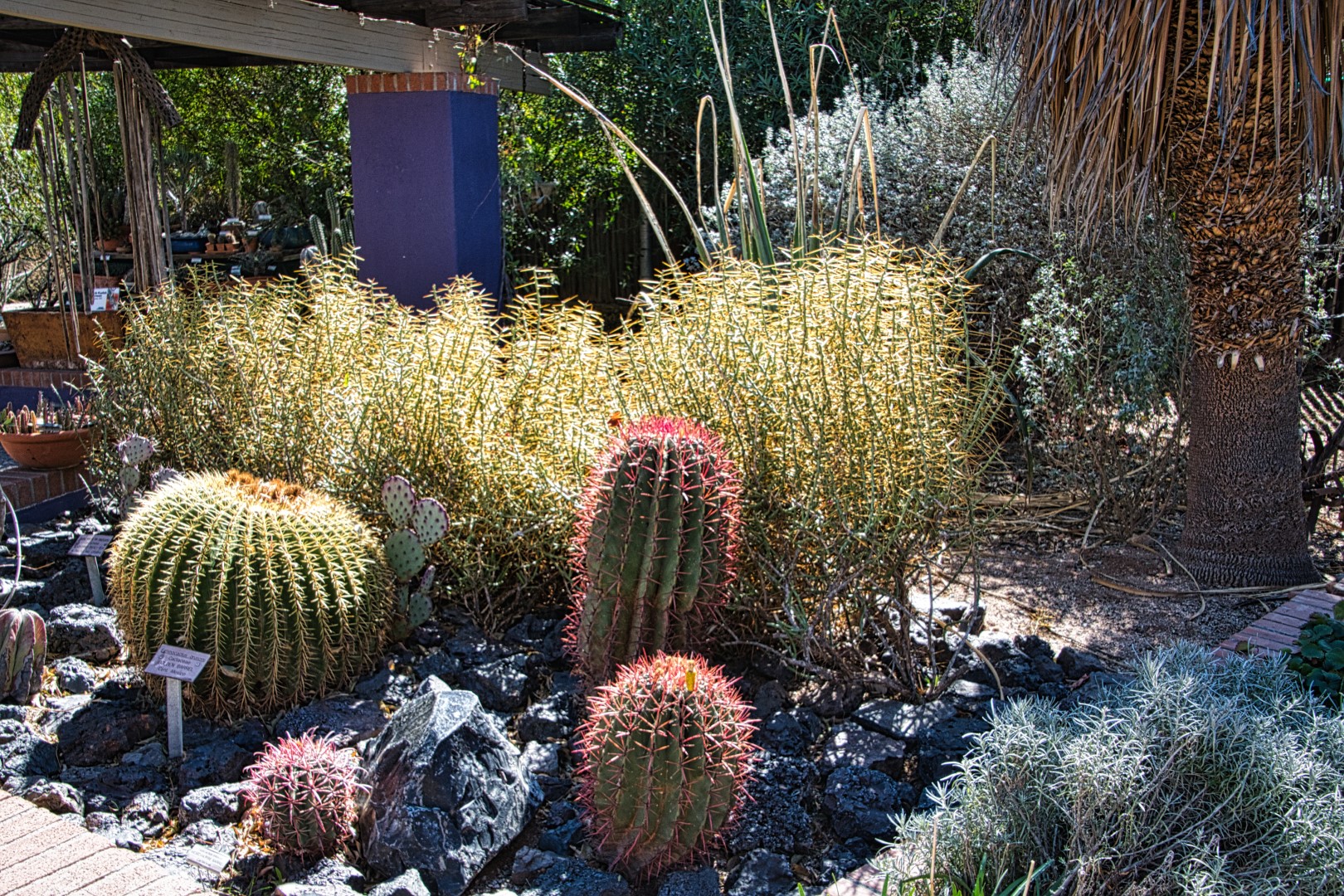 We left Arizona March 1 and headed to Texas to visit our friends Janelle and Abel.  It is amazing how, as we travel and visit friends,  we can pick up right where we left off two or three years ago! It was such a delightful visit. And Judith has infected Abel with the “gourding virus”. LOL! And he shared one of his leather creations with Judith. (Janelle, thank you for the pictures.) 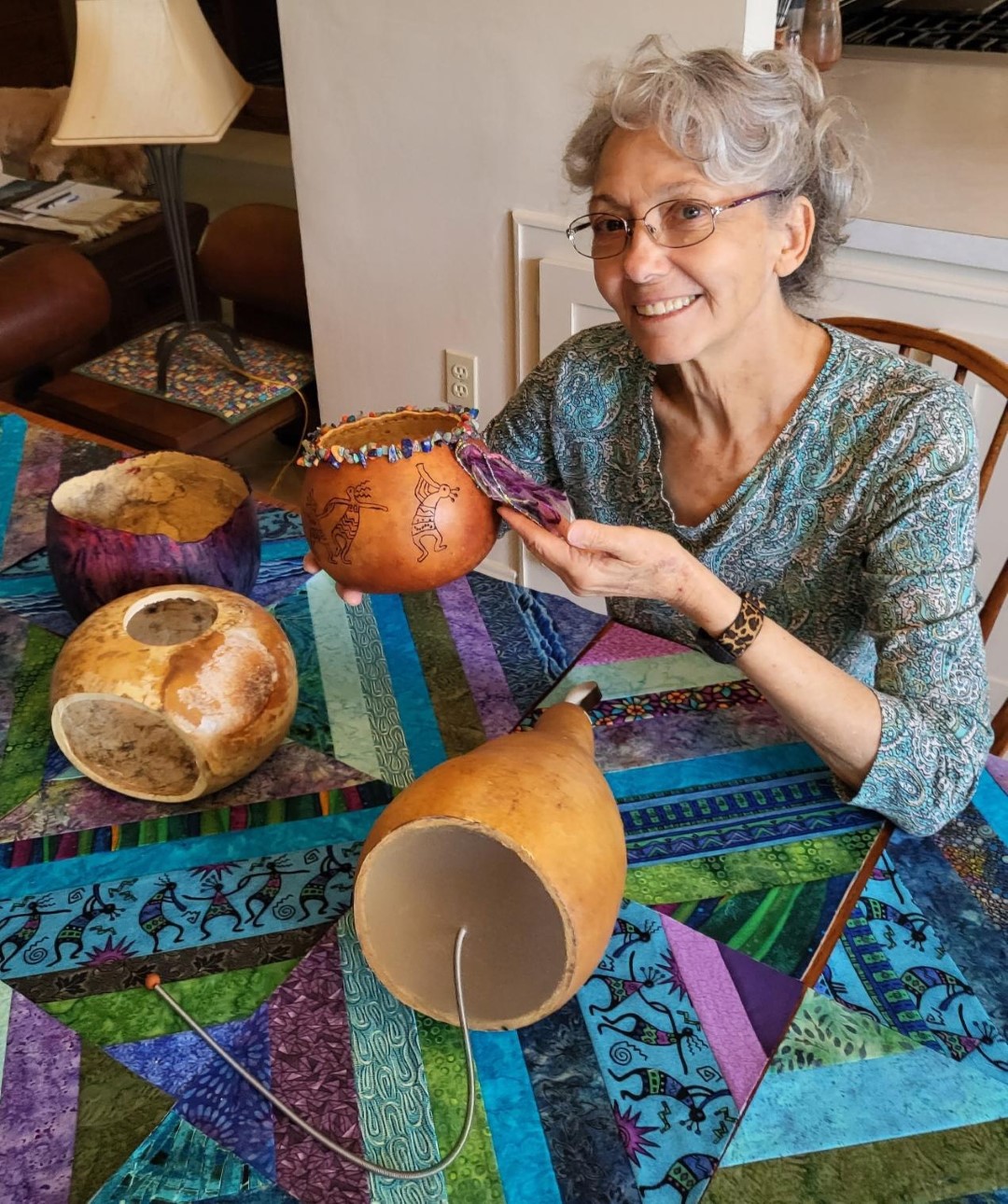 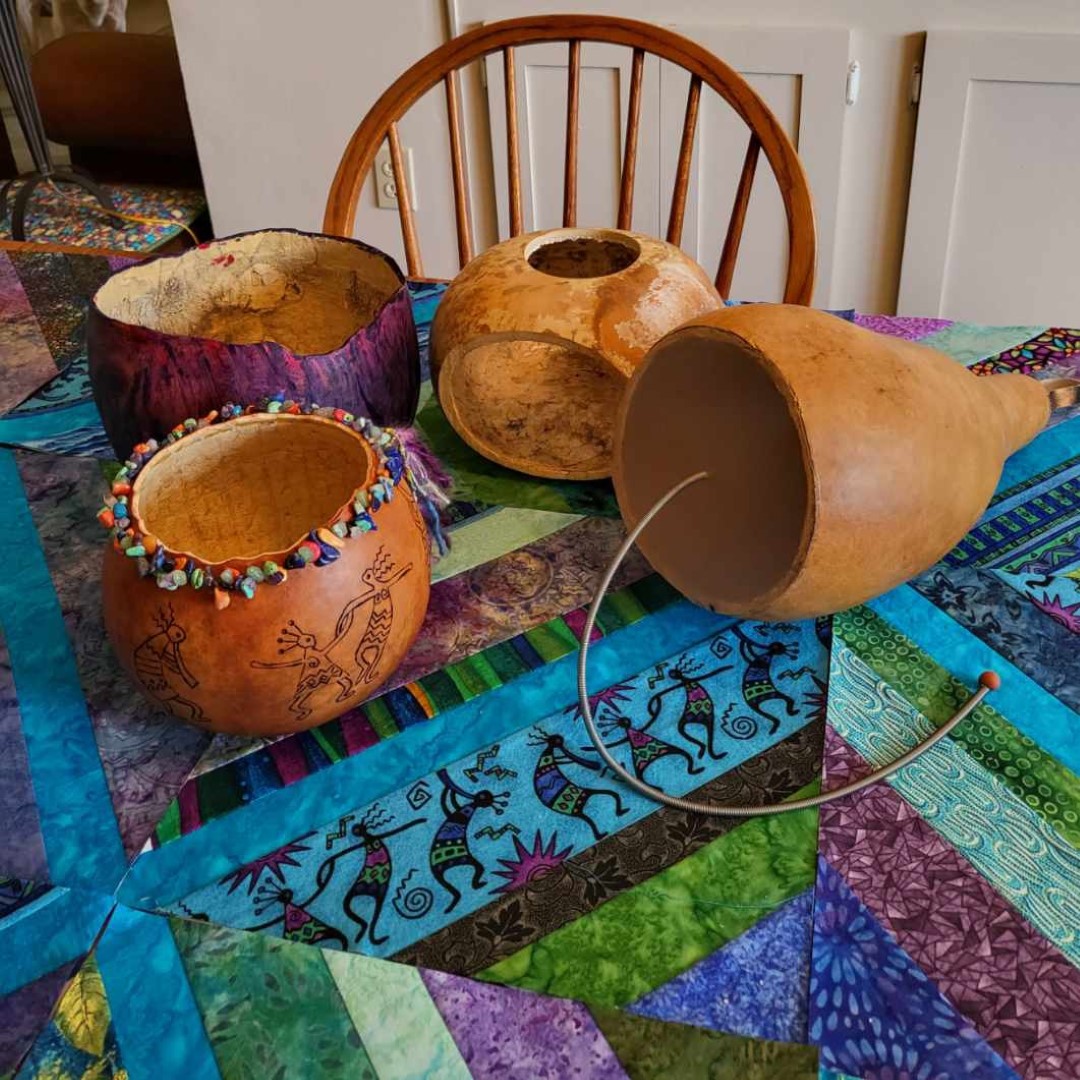 One day, Janelle joined us on an outing to Aransas National Wildlife Refuge. This is the winter home of the endangered Whooping Crane.  There are only about 500 of these magnificent birds in the wild (up from a low pf about 15 in 1941!).  Seeing them was a special treat.

The staff were very helpful in suggesting locations where we would be likely to see the Whooping Cranes.  (John & Betty:  Penny says Hi!)

Then it was on to visit our friend Fran in Destin Florida.  It can be dangerous letting those two go out shopping unsupervised! But they had a good time. I didn’t get a good picture of the beach and sunset, so I’m borrowing one of Fran’s. 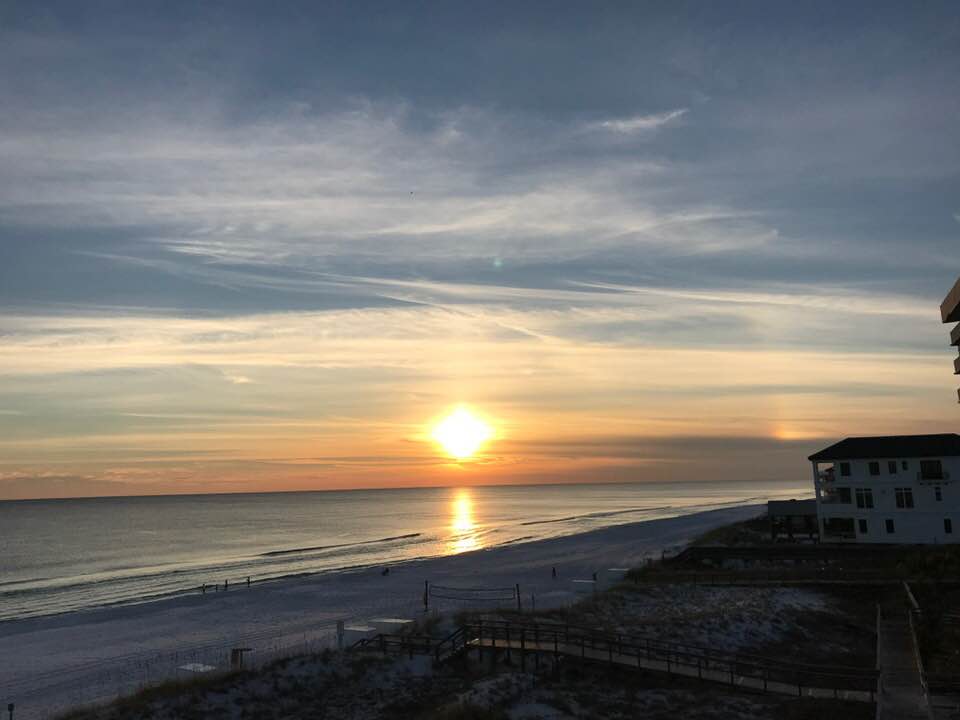 Then it was on to Winter Haven and Orlando.  We had a wonderful time with Barb & Clint for their 51st anniversary as well as Allison and her dog. 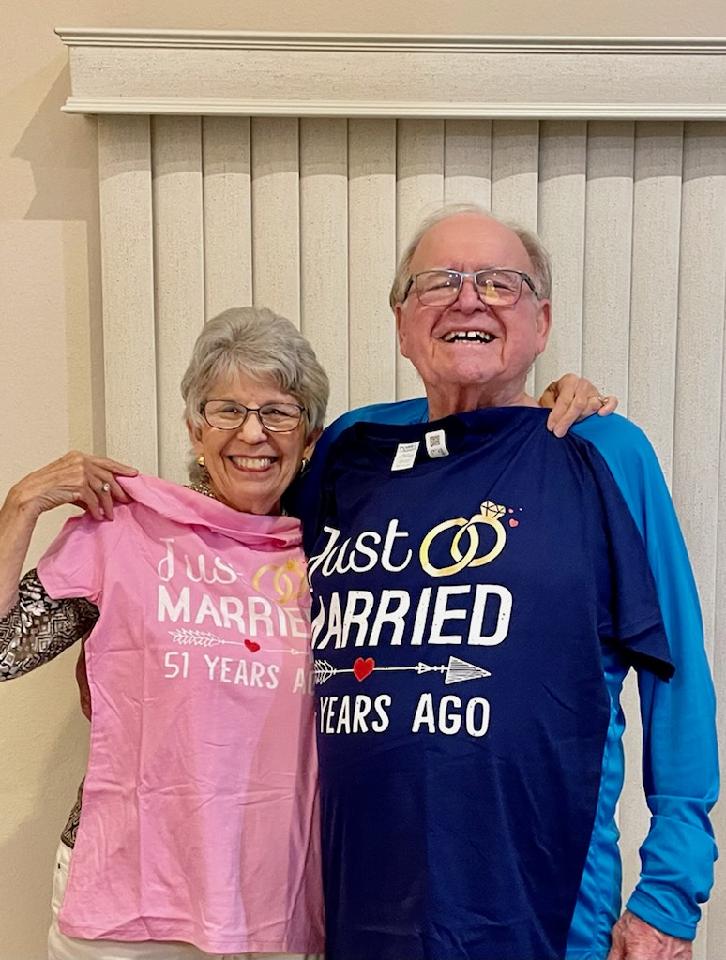 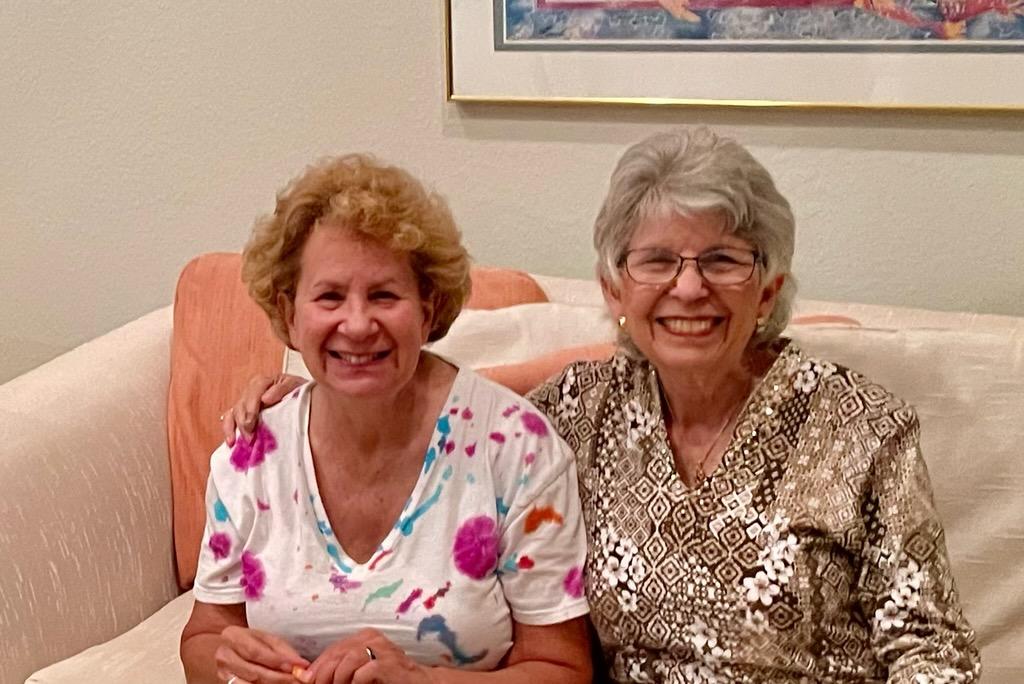 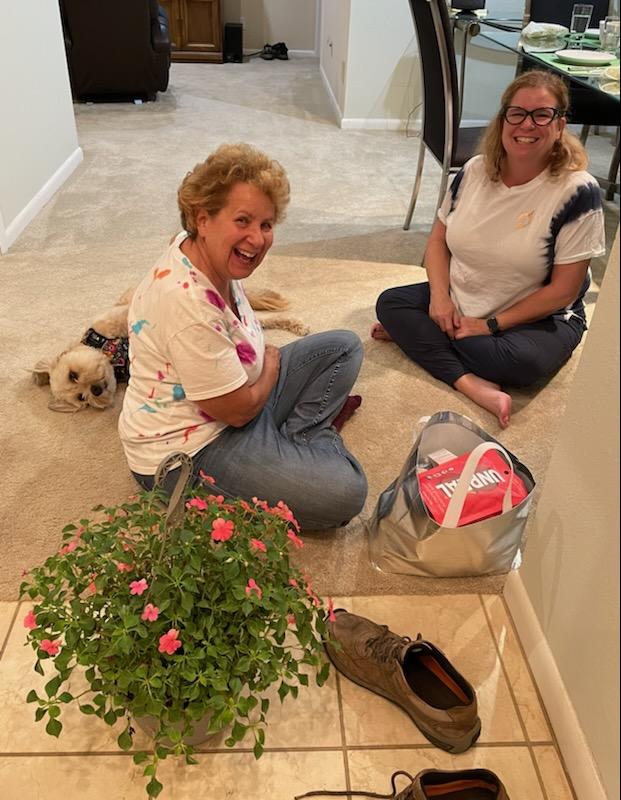 We had a pleasant afternoon with Barbara at Bok Tower. 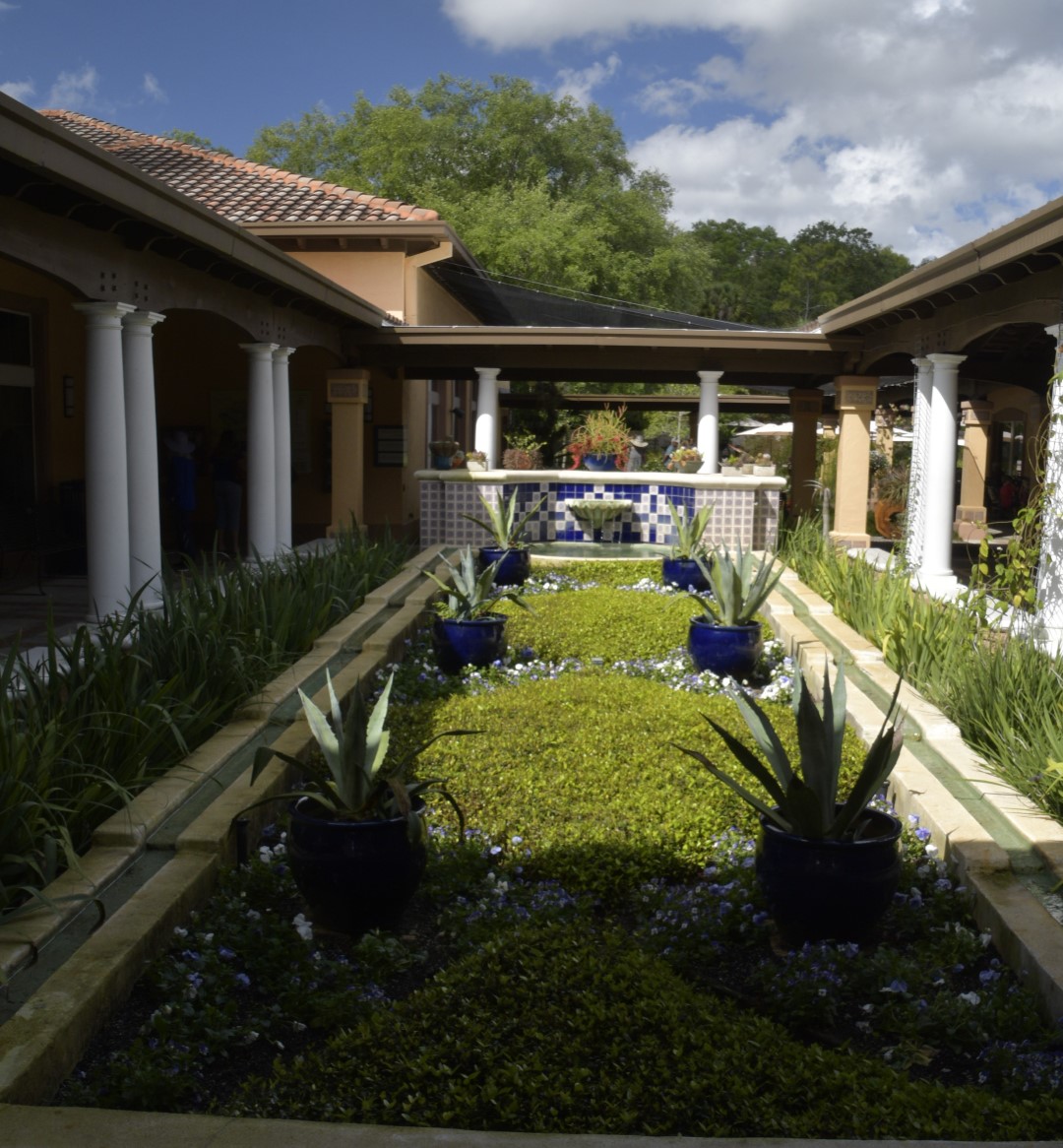 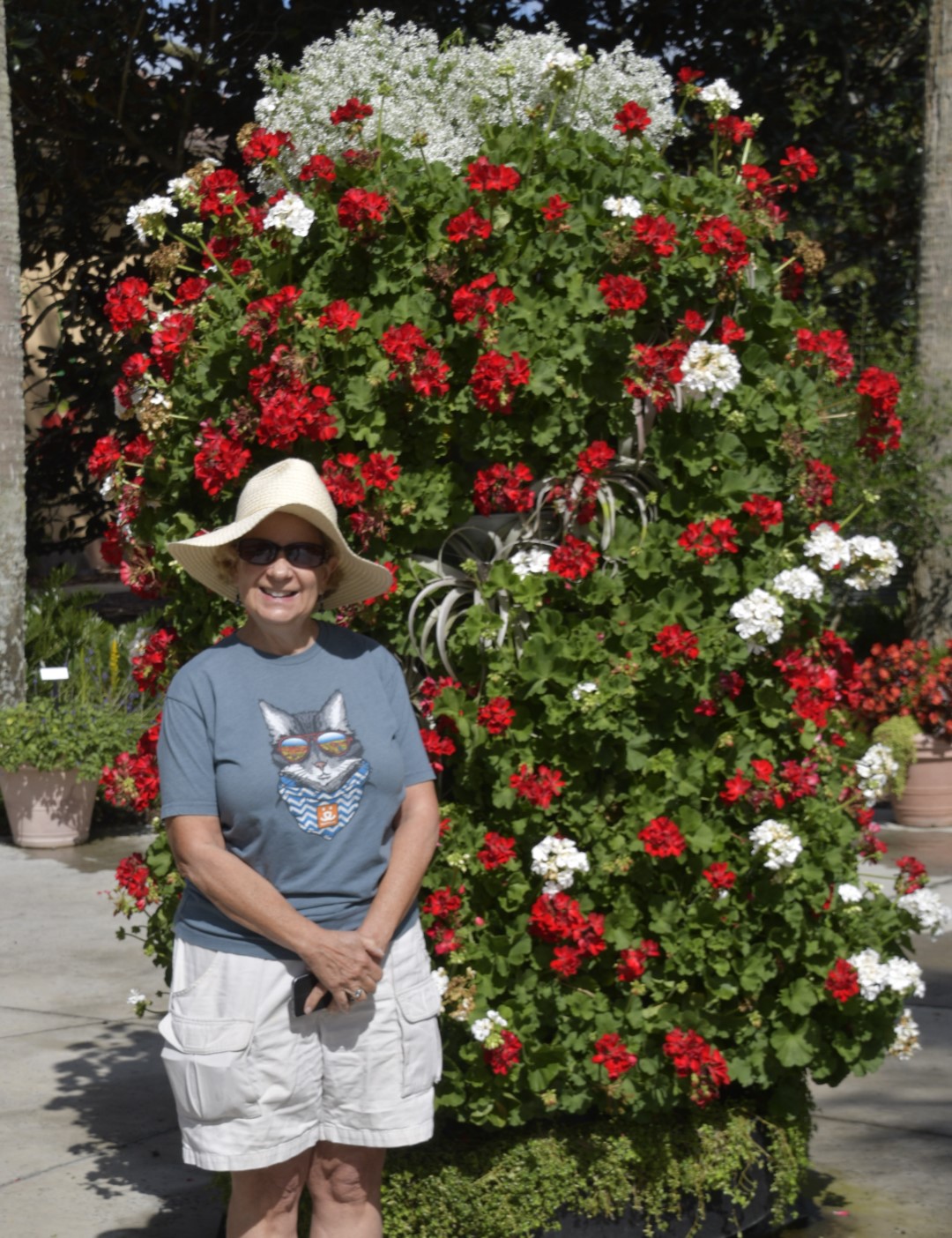 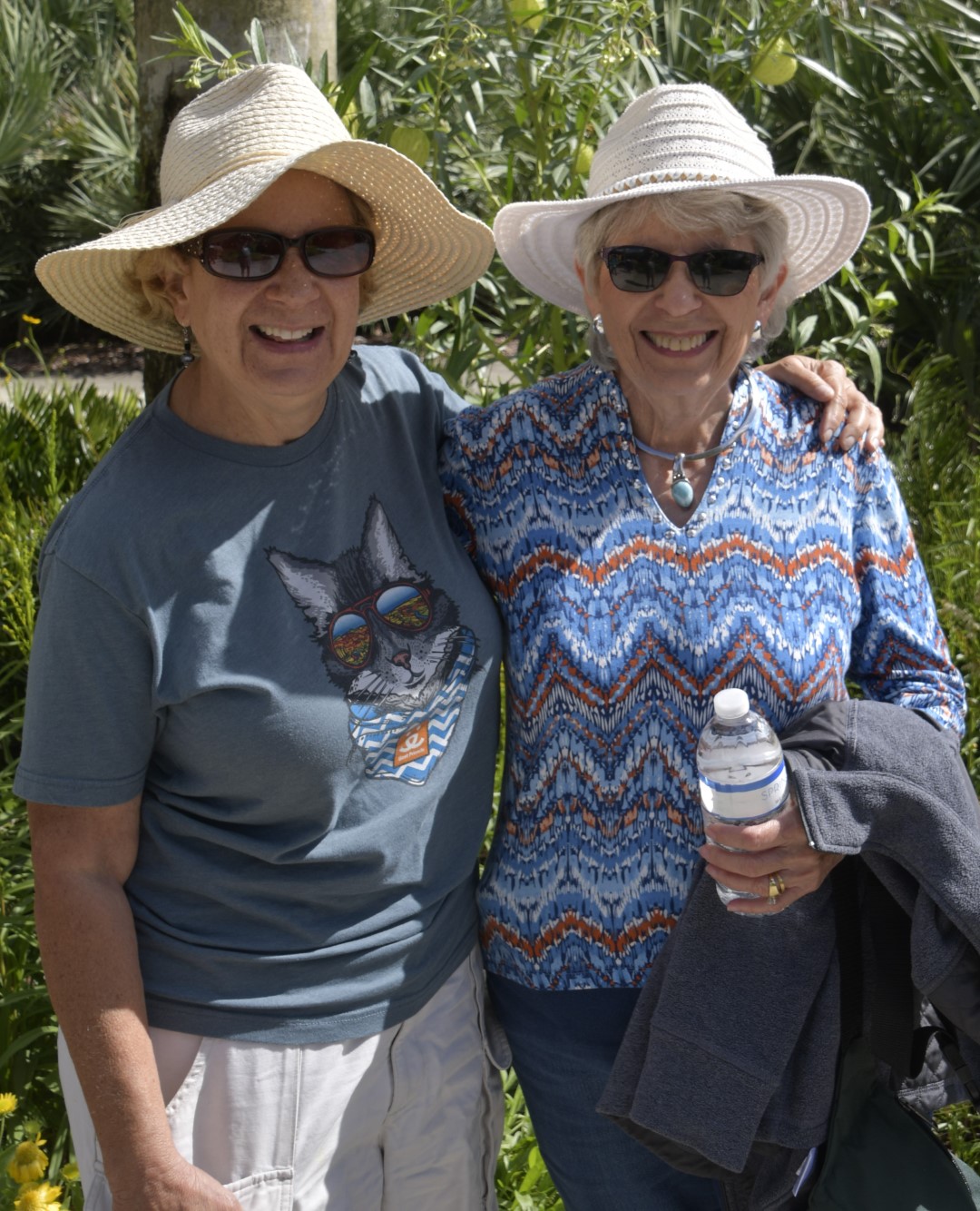 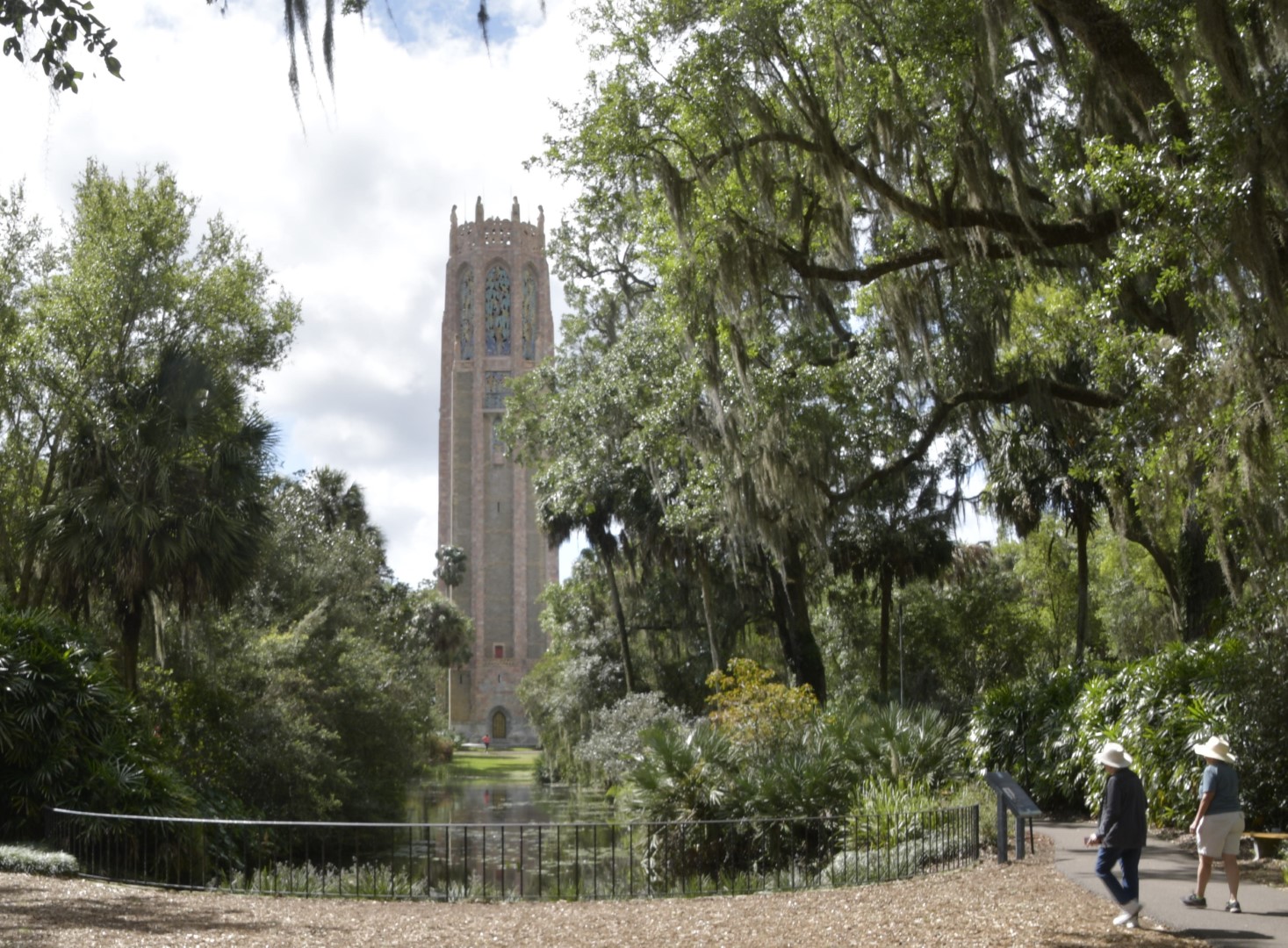 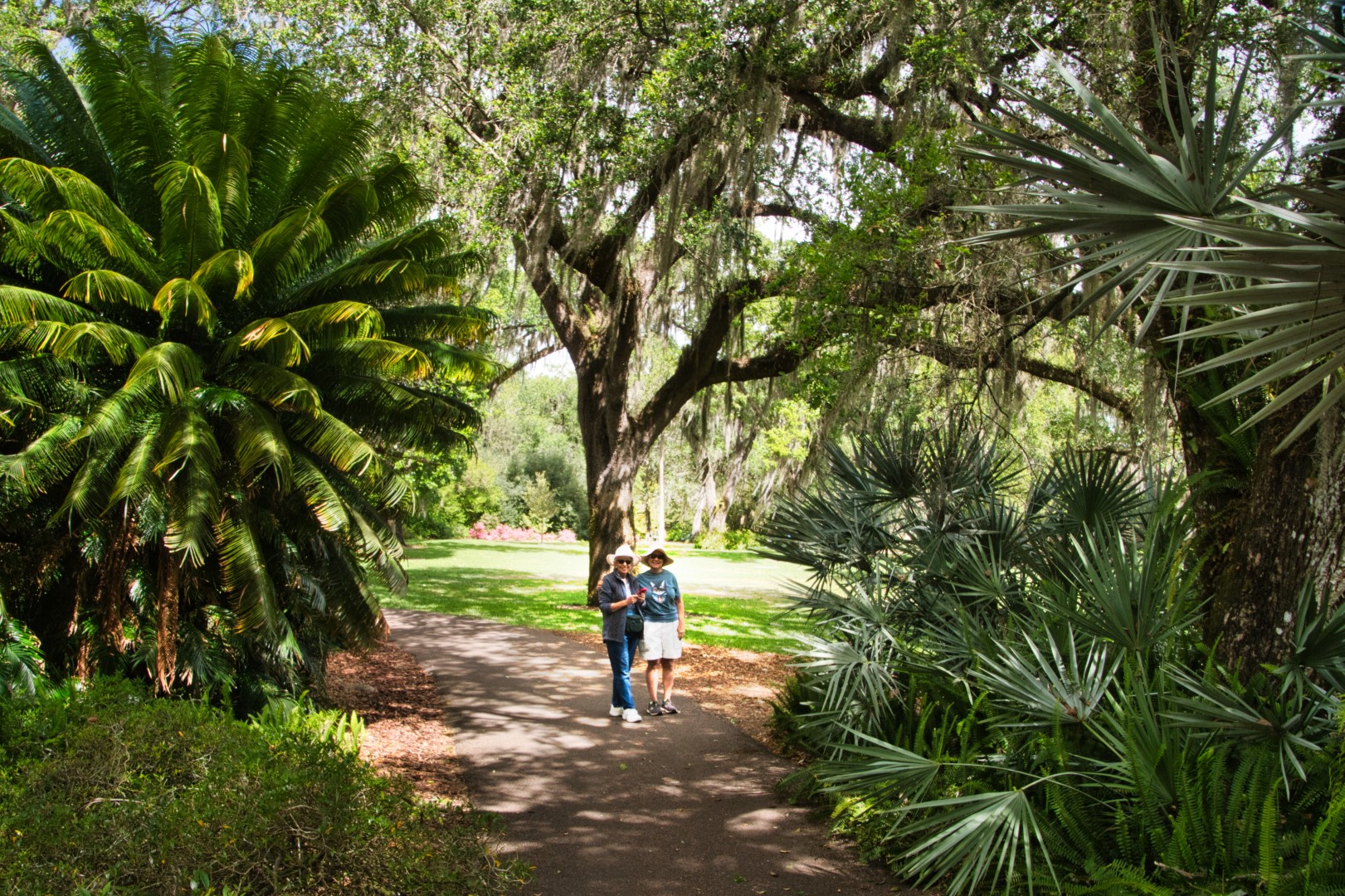 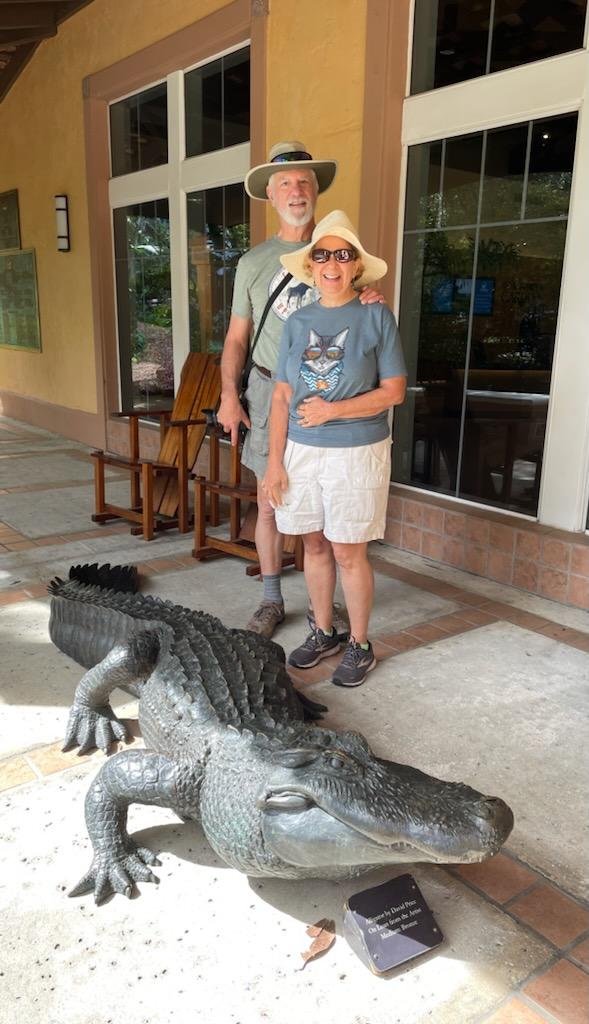 Barbara was AMAZED that Judith really does drive our big truck! 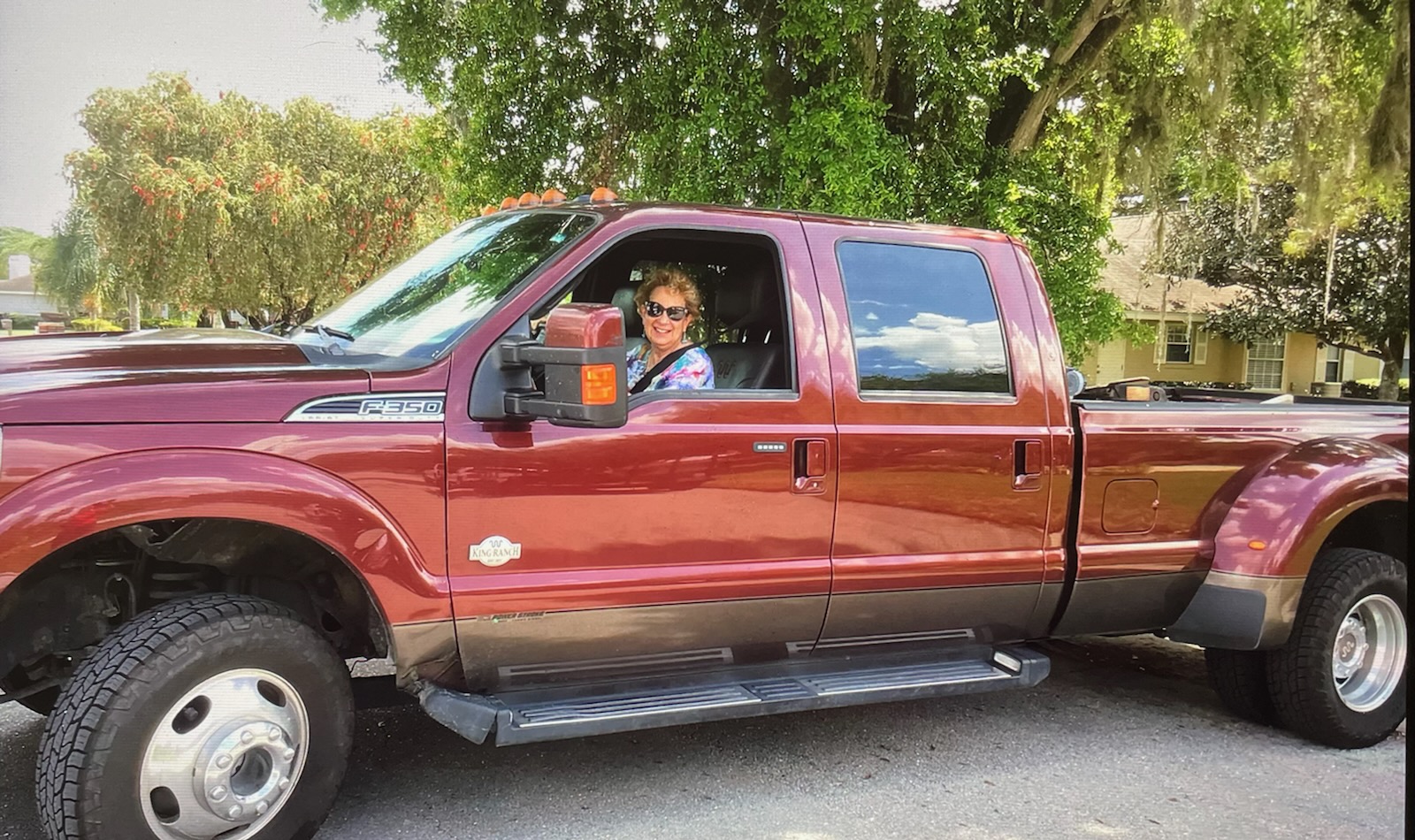 The main reason we took this circuitous route from Arizona to Ohio was to attend my daughter, Nikki’s, graduation.  She completed her Masters’ in Human Resources Management at Capella University during the height of Covid, so the graduation ceremony was postponed until things were more nearly under control.  So we made our way to Orlando to be with her and Rob for the graduation.  We had arranged a condo in Orlando for them to use for the week-end and the week after. We had a good time together, then they walked their legs off at the parks! 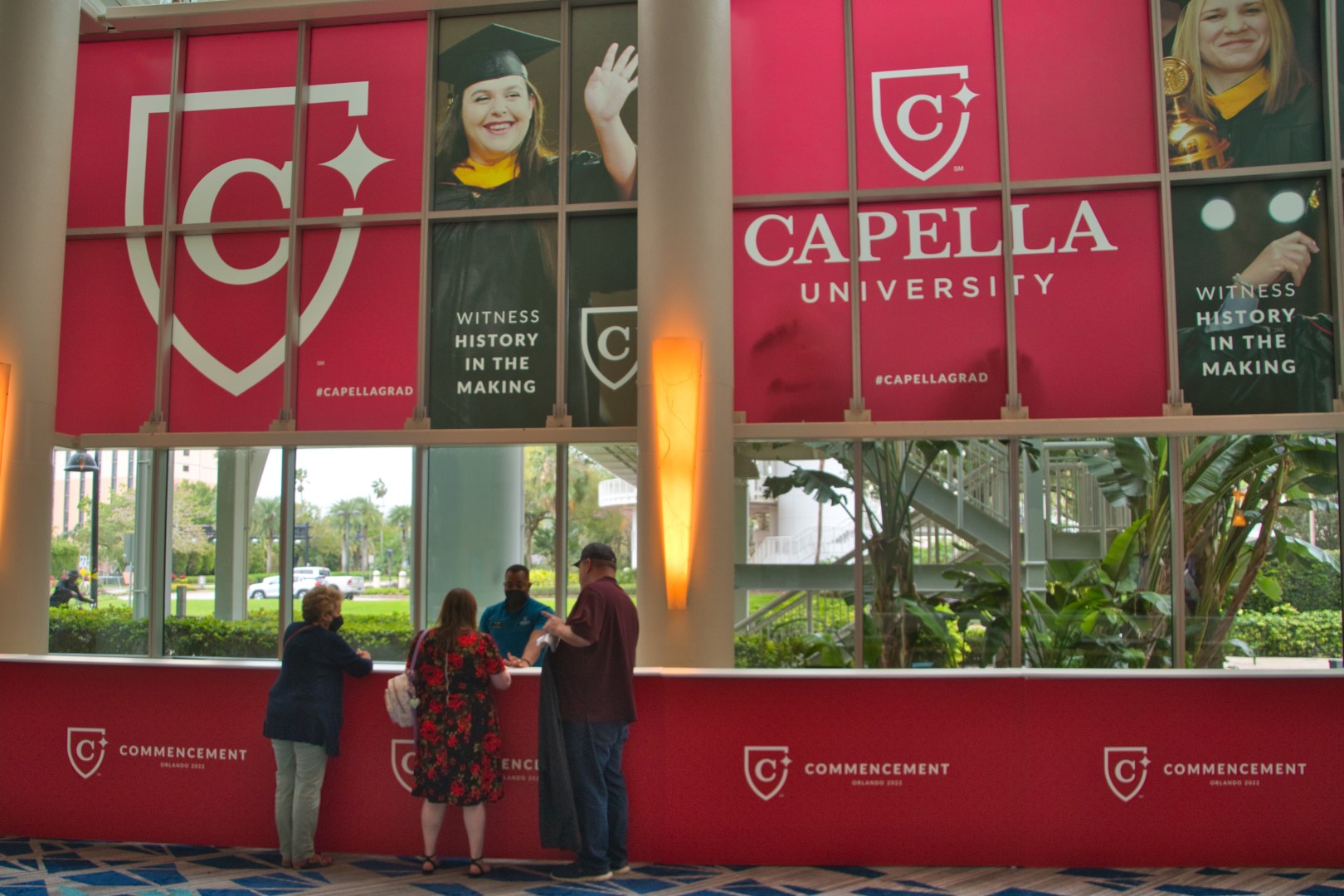 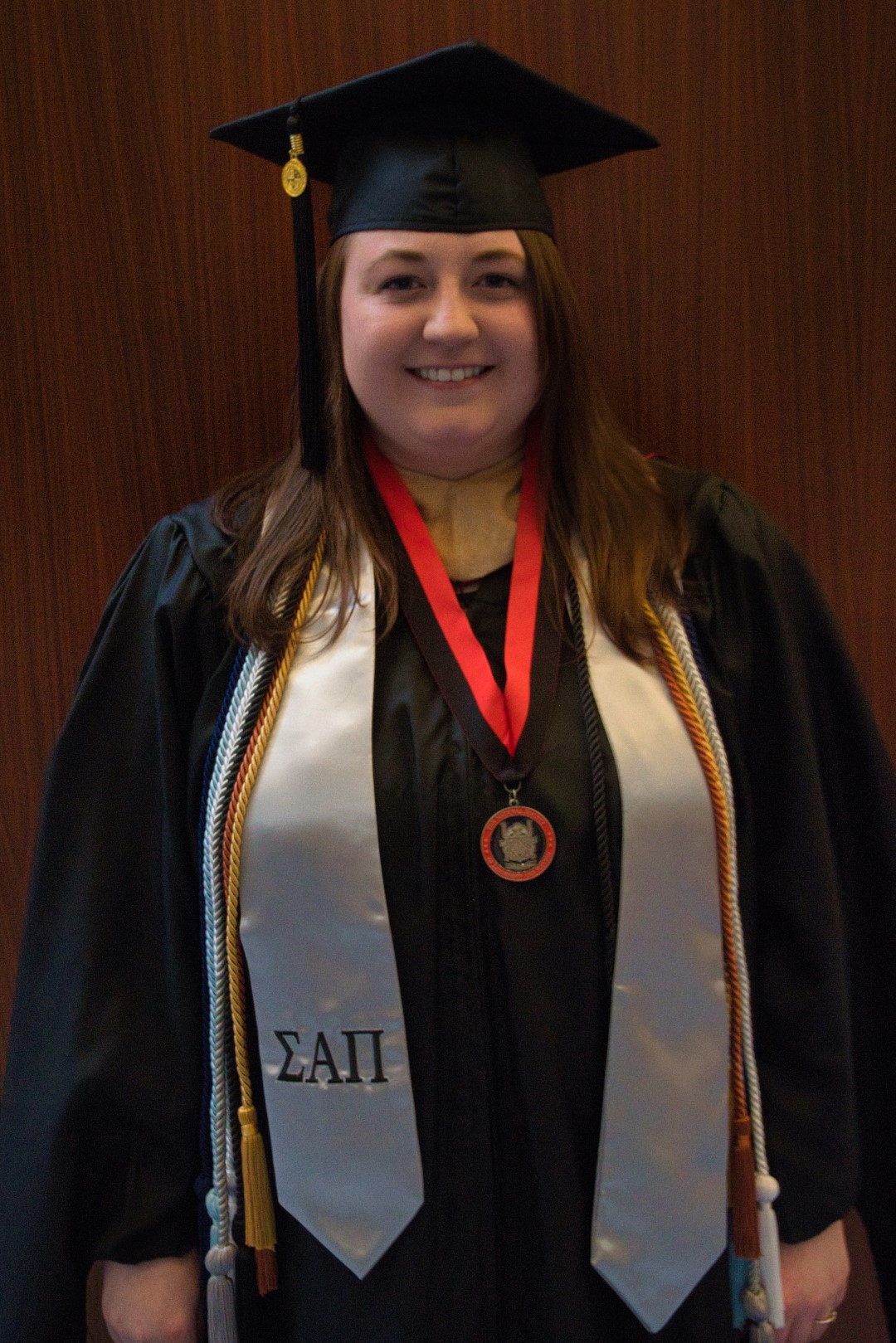 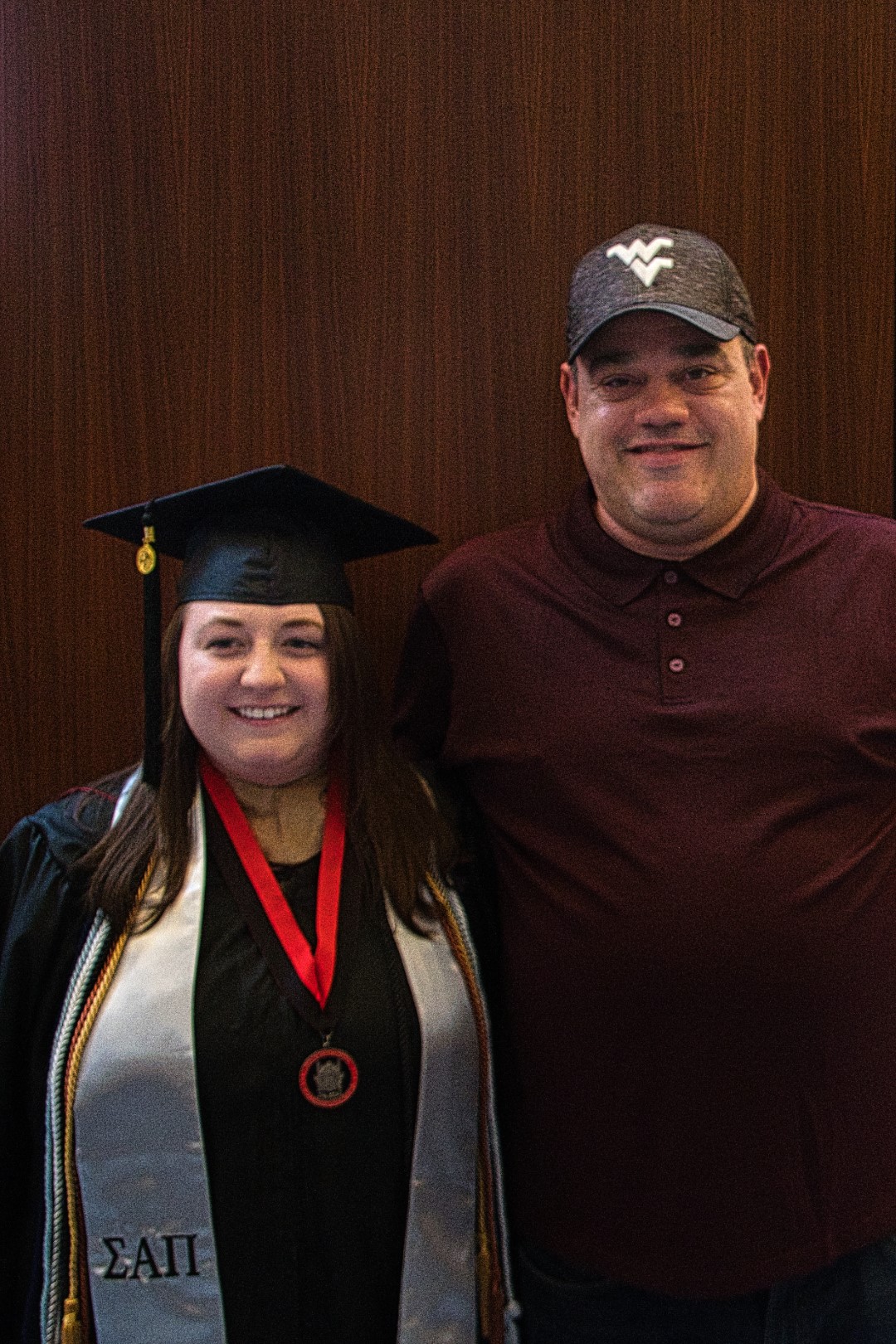 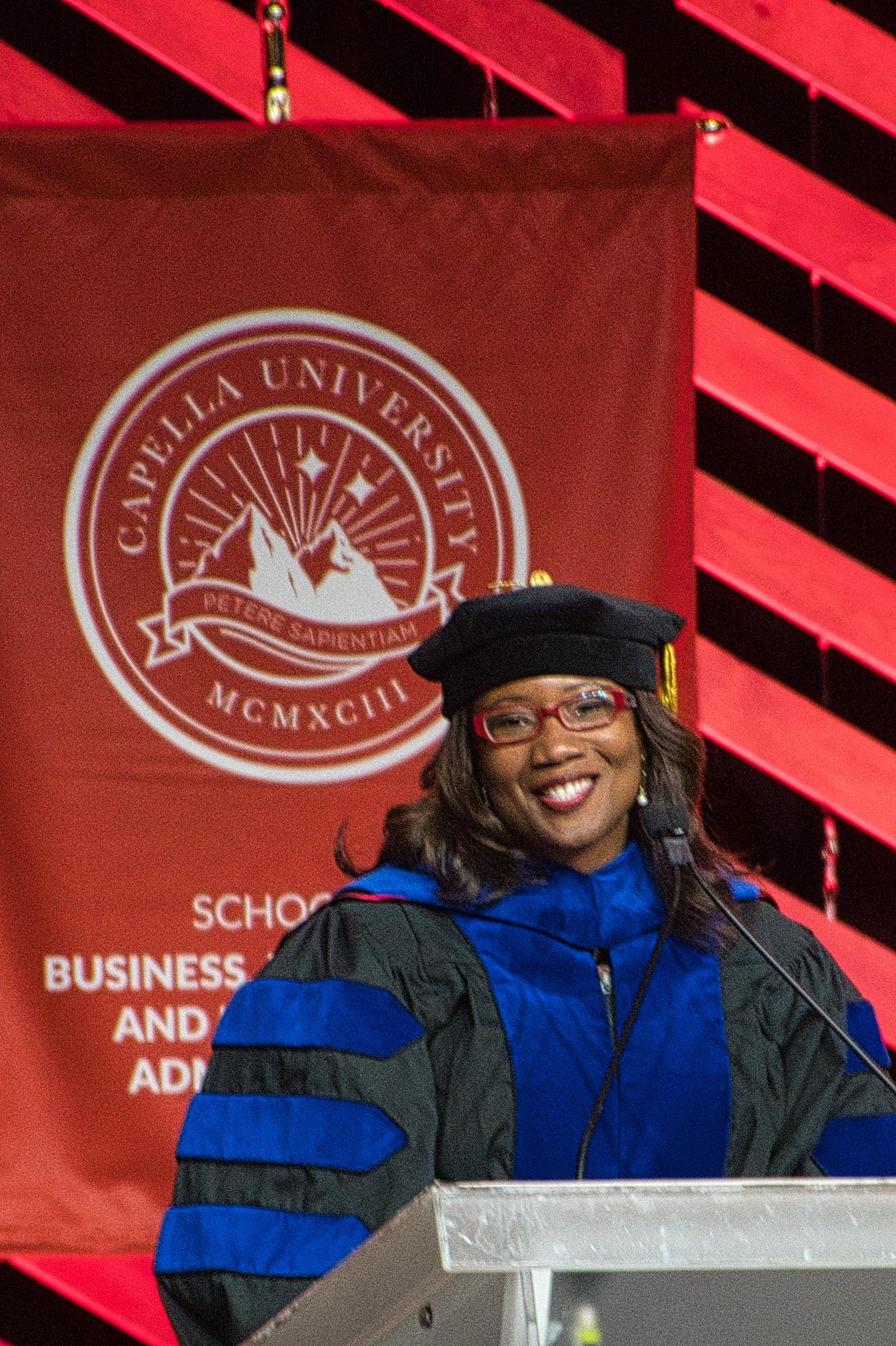 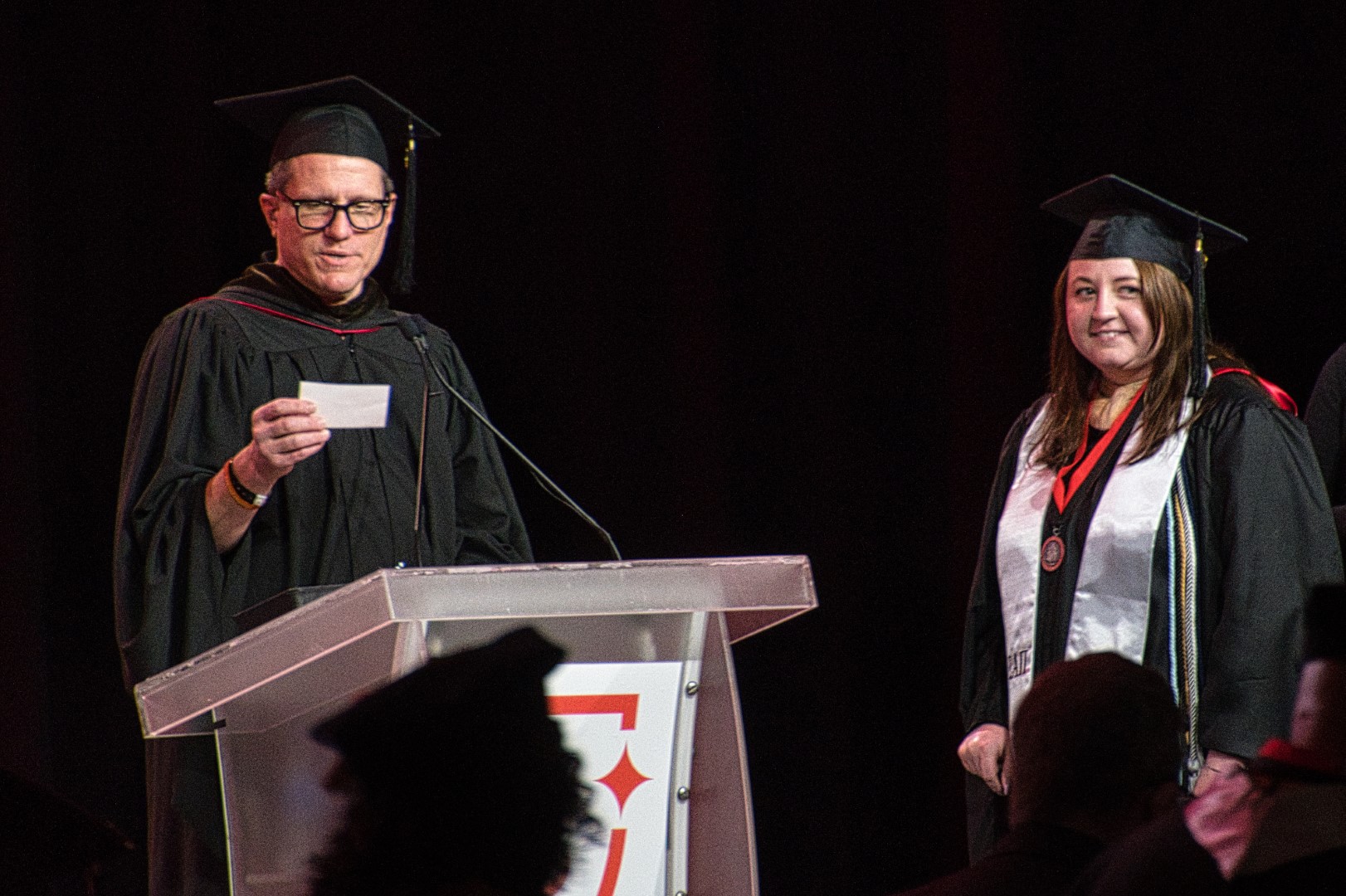 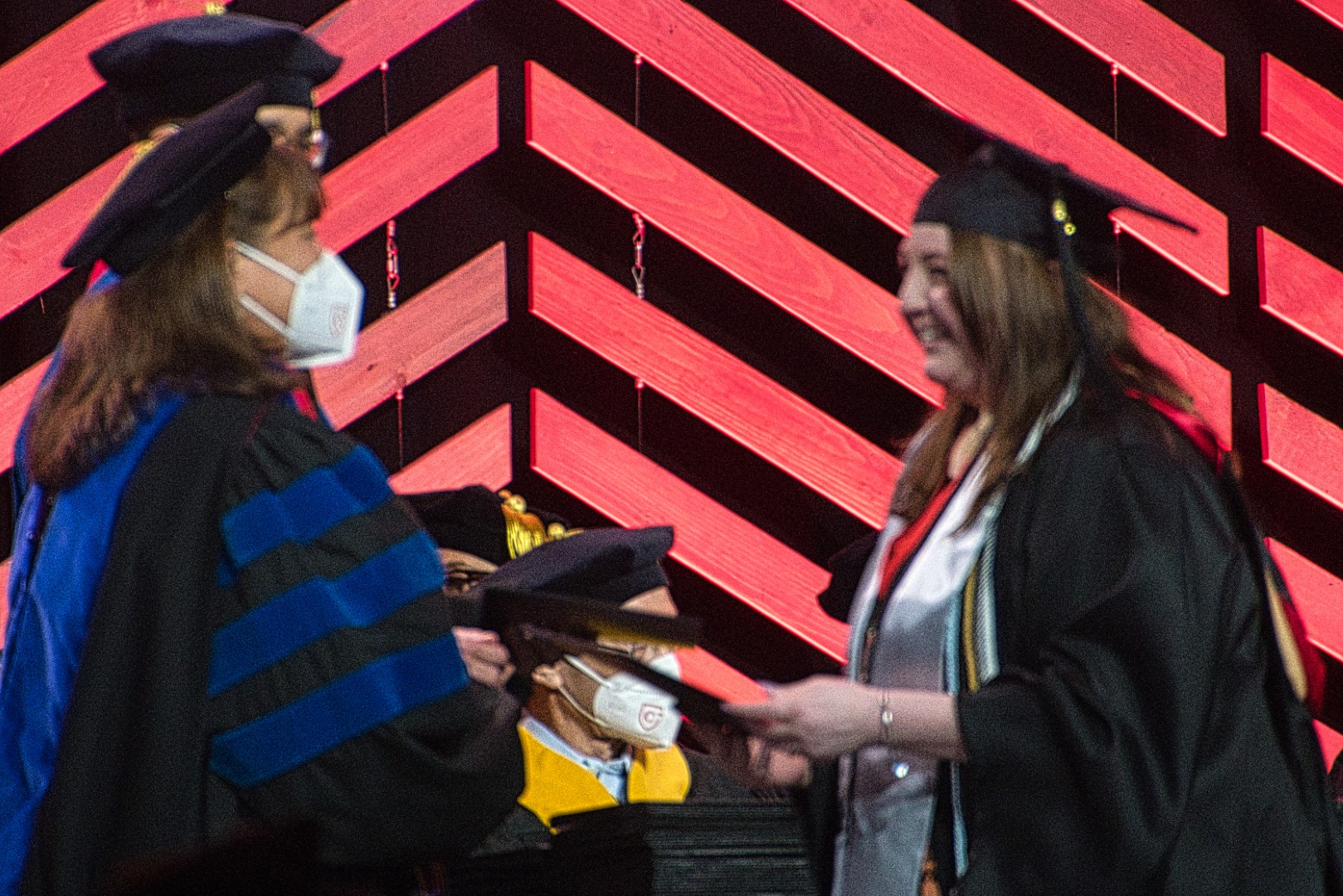 We drove across the state (not nearly as painful as driving across Texas!) to meet with fellow volunteers, Steve & Mary, at Merritt Island NWR. They winter near there and were our wonderful tour guides!

When we left Florida we headed towards Tennessee to spend time with some other volunteering friends, Bob & Amy and their dog Maggie.  However, we had a tire blow out in central Georgia. 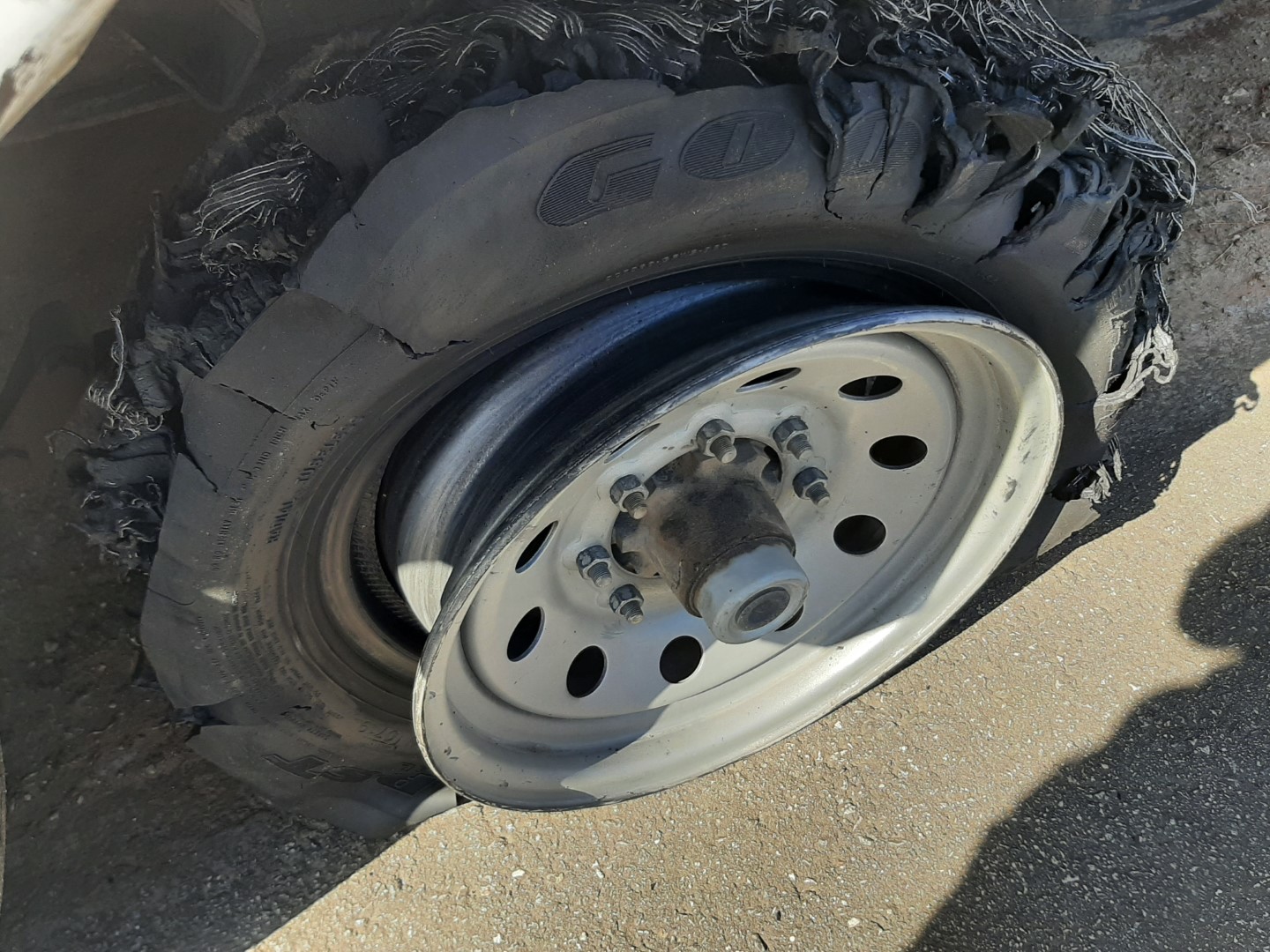 It did minimal damage to the trailer, but we had to chase around to find someone who had this specialized tire in stock.  After we found that and they had installed the tire, they discovered that the wheel itself was leaking and was probably the original cause of the problem.  So we had to chase around some more to find the proper rim, then take that to the tire dealer, re-install the tire and finally get on our way.  But we managed, and we still made it to Bob & Amy’s beautiful house in time for dinner!

They suggested an outing to the Old Stone Fort, an interesting archaeological site near their home in Tennessee.  Unlike what the name would suggest, the site was not really a fort at all, but rather, it was a ceremonial site for Native Americans 1500 to 2000 years ago.  The stone and dirt wall encloses approximately 50 acres of land near a natural waterfall.  It was a beautiful site on a lovely early spring day.

Then it was on to Cincinnati to visit Judith’s brother, Don, and his companion, Eve.  Troubles seem to have followed us on this leg of our journey.  In central Kentucky we hit a huge pothole on the Interstate that shook us to the bone (except Tooie, she only raised her head and said, “Meow”).  When we arrived in Cincinnati and were in the parking lot near Don & Eve’s apartment, Judith pointed under the rig and said, “What’s that hanging down?” Upon inspection we discovered that we had broken a spring on the trailer, probably at that huge pothole, and the equalizer was hanging down loose.

So the next morning we chased around to find a repair shop that could/would work on trailer suspension. We were referred to a wonderful shop, The Trailer Guy in the northern suburbs of Cincinnati, who took wonderful care of us.  After he put our rig up on blocks he ran an electrical extension to the rig and allowed us to stay in the rig in his shop the three nights we were there while he was replacing the entire suspension: all four springs, equalizers on both sides, mounting bolts, bearings, and all four brake assemblies too (because they were showing major wear).  While the cost was substantial, the suspension is now good for many thousands of miles!  And the UP side of spending three extra nights in Cincinnati is we got to see Don & Eve a lot more, including three fabulous dinners, lots of laughs, a goodie bag with Cincinnati treats, and enough leftovers to keep us going most of the next week.

We were even able to go on to Coshocton for several days of genealogical research.

The Coshocton Library and the History Room librarian, Karen, were superb!  I found several documents regarding my 4x Great Grandfather, Daniel Boone Ashcraft, and his children.  She also gave me some additional sites that I can research on the internet!  Then we took a drive in the country to visit a couple old family graveyards.

We had to cross a small pasture field to reach the first cemetery.  Here we were greeted by the local custodians. 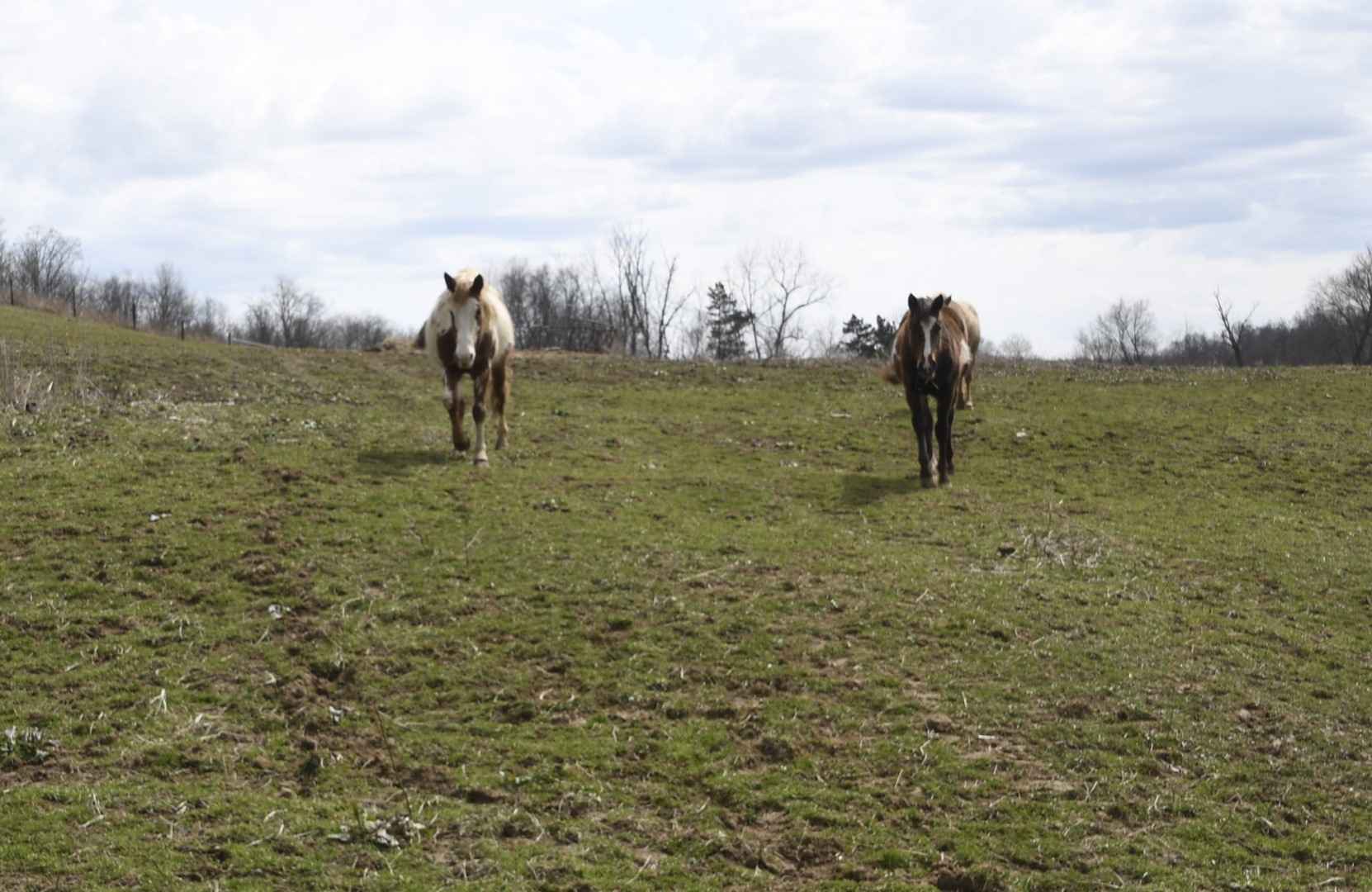 I stood at the gravesite of my 3x Great Grandfather and Grandmother, Charles D. and Miarem Houser and looked at the farm that once was theirs.

Then we visited the graveyard where my 4x Great Grandfather was reportedly buried, although there is no grave marker, but several of his sons are buried in that cemetery.  We drove past land that probably was owned and worked by them.

We also discovered that we had picked up a nail in one of the dual rear tires, so we made our way back to town and found a repair shop that was almost ready to close but they plugged the hole and we were back on our way with minimal cost or inconvenience.

We are situated at Ottawa National Wildlife Refuge.  We are on the edge of the refuge and have a great view from our dining window and back window.  From our windows we have seen Bald Eagles, Sandhill Cranes, Great Horned Owls, Trumpeter Swans, Great Egrets, and lots of robins and Canada Geese.  Tooie is thrilled!