After leaving the New Orleans Area, we headed to Livingston, TX, home of the Escapees RV Club, to attend Boot Camp and to become “Real Texans”.

Livingston is a small city located north-east of Houston about an hour’s drive away.  (In Texas distance is measured in drive time, not miles.  And remember, most of the freeways have a posted speed limit of 75 mph!  That is until you get to West Texas, where the freeway speed limit is 80!)

The best part of Livingston is the Escapee’s Park!  (We wanted to go see the last segment of the Hunger Games series … the closest theater showing it was in the northern suburbs of Houston!)  But the Escapee’s park is great with friendly RVers everywhere and a helpful staff.  It was here that we attended the RVers’ Boot Camp.  While we had done lots of reading & studying, and we felt we were pretty knowledgeable we still learned a great deal – especially about various safety aspects of our RV!  And we got to know several great people at the same time – a win-win!  After Boot Camp Judith took a ½ day driving lesson working with the truck & trailer combination.  She was very nervous, but she did just fine – she didn’t even quite run over the big concrete post at the fairgrounds! 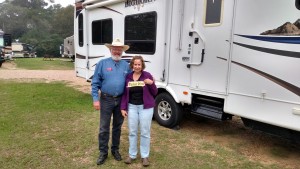 Becoming “Real Texans” was not difficult, but it did require attending to several details (putting mud flaps on the dual rear wheels of the truck, getting vehicle inspections, etc.)  The very good news was that we did not have to get a “Class A – non-CDL” license!  That would have required both a written and driving test driving the full truck & trailer!  (The Class A license is required for vehicle combinations of greater than 26,000#, and they rated our combination at exactly 26,000#.)

While we are now “Real Texans”, we still don’t have our cowboy boots!

For Thanksgiving we went to Dallas to spend some time with Judith’s brother Don and his family.  While there we were treated to a spectacular Thanksgiving dinner at Wendy’s sister’s house!  Thanks, Pam & John.  We also spent time at the Perot Museum of Natural History – extremely well done!  And lots of dinosaurs! 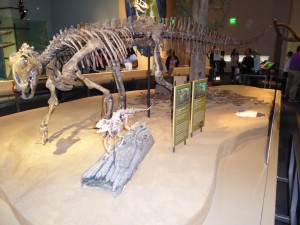 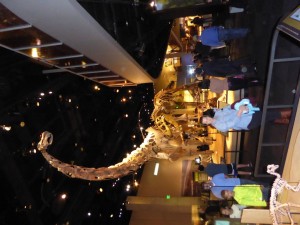 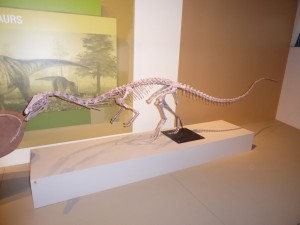 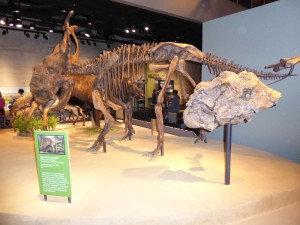 Then came the LOOOOONNNNNGGGGGG drive across the rest of Texas!  Livingston was at least a half-day’s drive in from where we entered Texas on I-10.  We then spent THREE MORE DAYS (well, really 2 ½ days) to get the rest of the way across Texas!  Our new adopted home state sure is BIG! 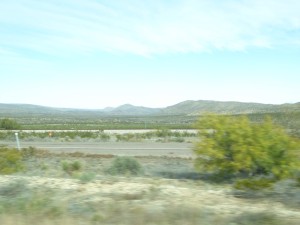 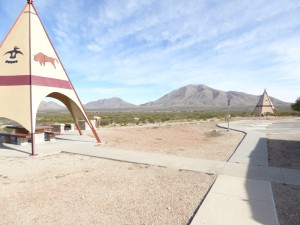 Along the way we stayed at a city park with campground in Kerrville, TX.  Then we stayed at Balmorhea State Park.  Both were great stop overs.  While I didn’t get a picture, we saw our first Roadrunner. 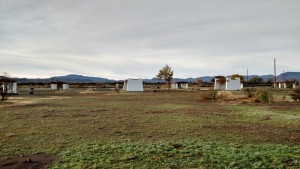 Our third night on the road we stopped at an Interstate Rest Area just inside Arizona.  It was not too quiet, but worked just fine for an overnight stop (and it was much quieter than the truck stop we had first considered).  It had interesting rock formations and was pretty. 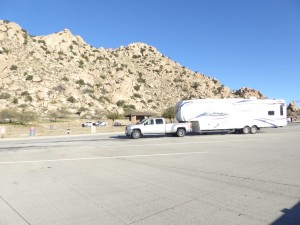 We have now reached Casa Grande Ruins.  It is everything we expected!  The staff and other volunteers are very welcoming.  We “finally” got our trailer situated the way we wanted.  And the Ruins are most interesting!  We have received our “Volunteer Name badges” and have been issued our Volunteer uniforms!  Now we just need to master enough of the information to be competent tour guides! 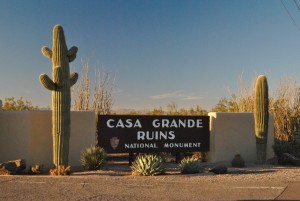 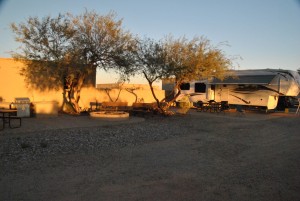 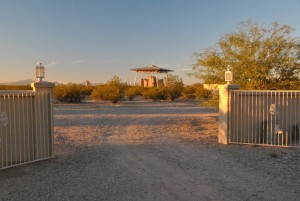 While there is some light from the small city of Coolidge, the night sky has more stars than you will ever see in Cleveland! 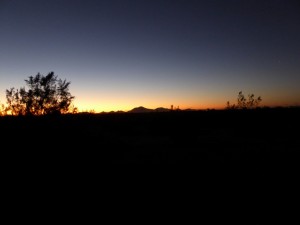 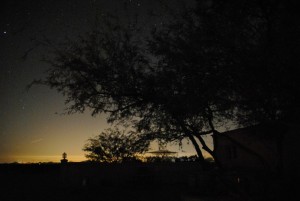 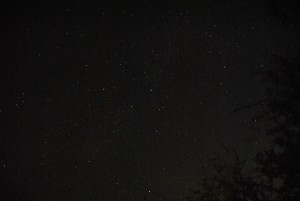 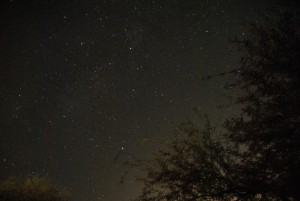 The area reserved for RV Volunteers is very nice, and even has a view of the Casa Grande (big house).

As we get ourselves settled into our Volunteering role, we will have more to tell about the Ruins; and we will begin to investigate other interesting points in southern Arizona.

2 thoughts on “The Adventure Continues – Texas to Arizona”