It is December and we have finished our season at Bosque del Apache.    It is always with mixed feelings as we leave this beautiful place to head to our lot in southern Arizona… we will miss our friends, we will miss the birds and the beauty, but we won’t miss the chilly weather!  (But we will avoid it!) 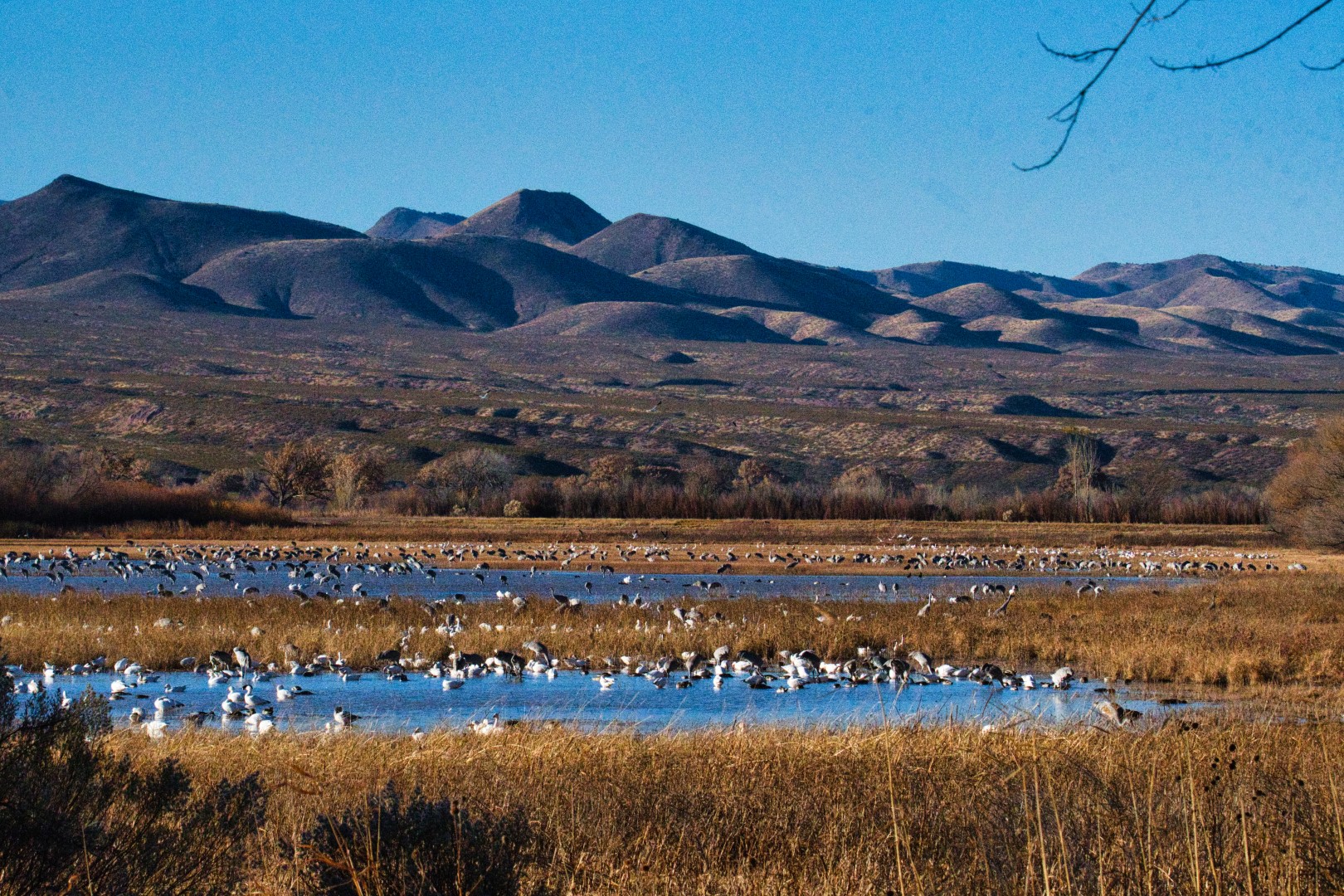 We have taken our 5th Wheel to a repair shop that we have used before to have them investigate the problem that I thought we might have.  They removed all of the exterior under the overhang and confirmed that “We have a problem, Houston!”   BUT, it can be fixed!  The trailer frame has multiple broken welds, this is the worst of them: 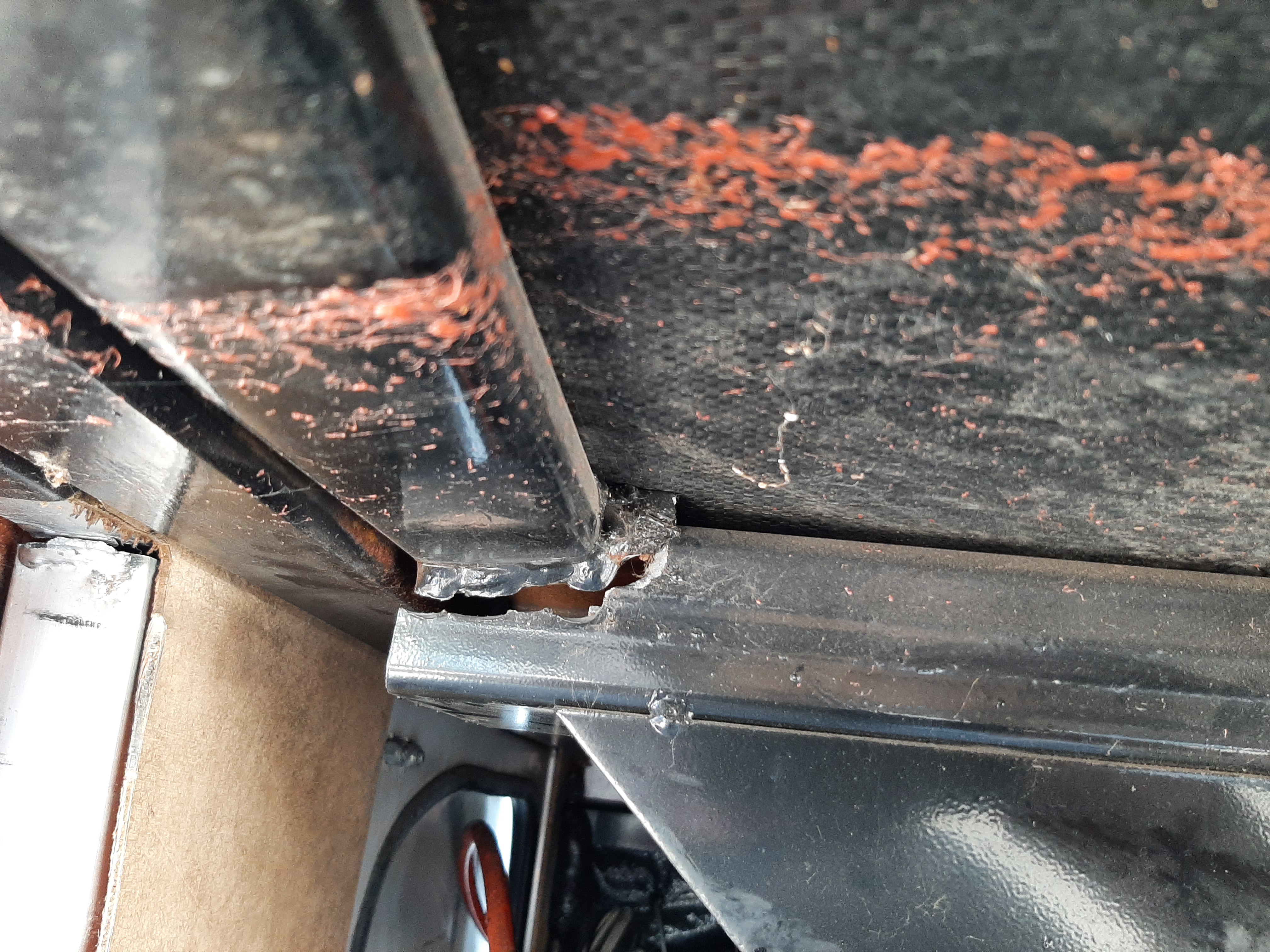 So we are having a “semi-vacation”, staying in a hotel and planning some outings while the rig is being repaired.  It should be ready in a few days.  While the repair is somewhat expensive, it isn’t nearly as expensive as buying a new 5th wheel!

Thanksgiving was a lovely time.  Our friend, Rachel, was traveling through the area on her way to Casa Grande Ruins National Monument and stopped for a few days with us.  We made a 20# turkey for the three of us (and lots of left-overs and a source for great turkey soup) with green bean casserole, sweet potato casserole, and cranberry sauce … plus Sugar-Cream pie – the name says it all.   Oh, and yes we played some Wingspan! 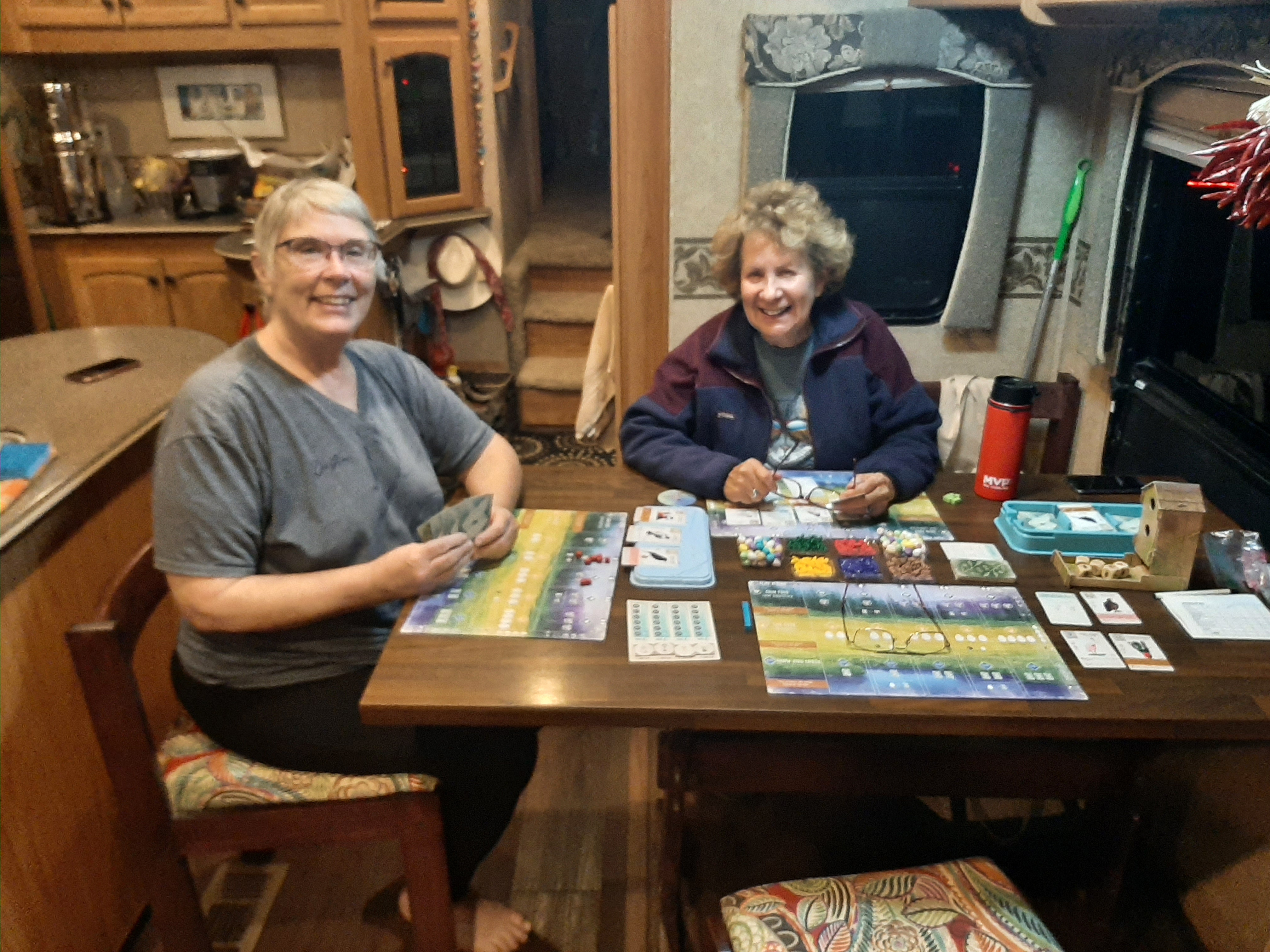 Thanksgiving afternoon most of the volunteers gathered outside at the picnic pavilion for some shared food and desserts.  It was also a celebration of  the birthday of Jessica’s friend, David, so Stacy had made a delicious Carrot Cake for the gathering. 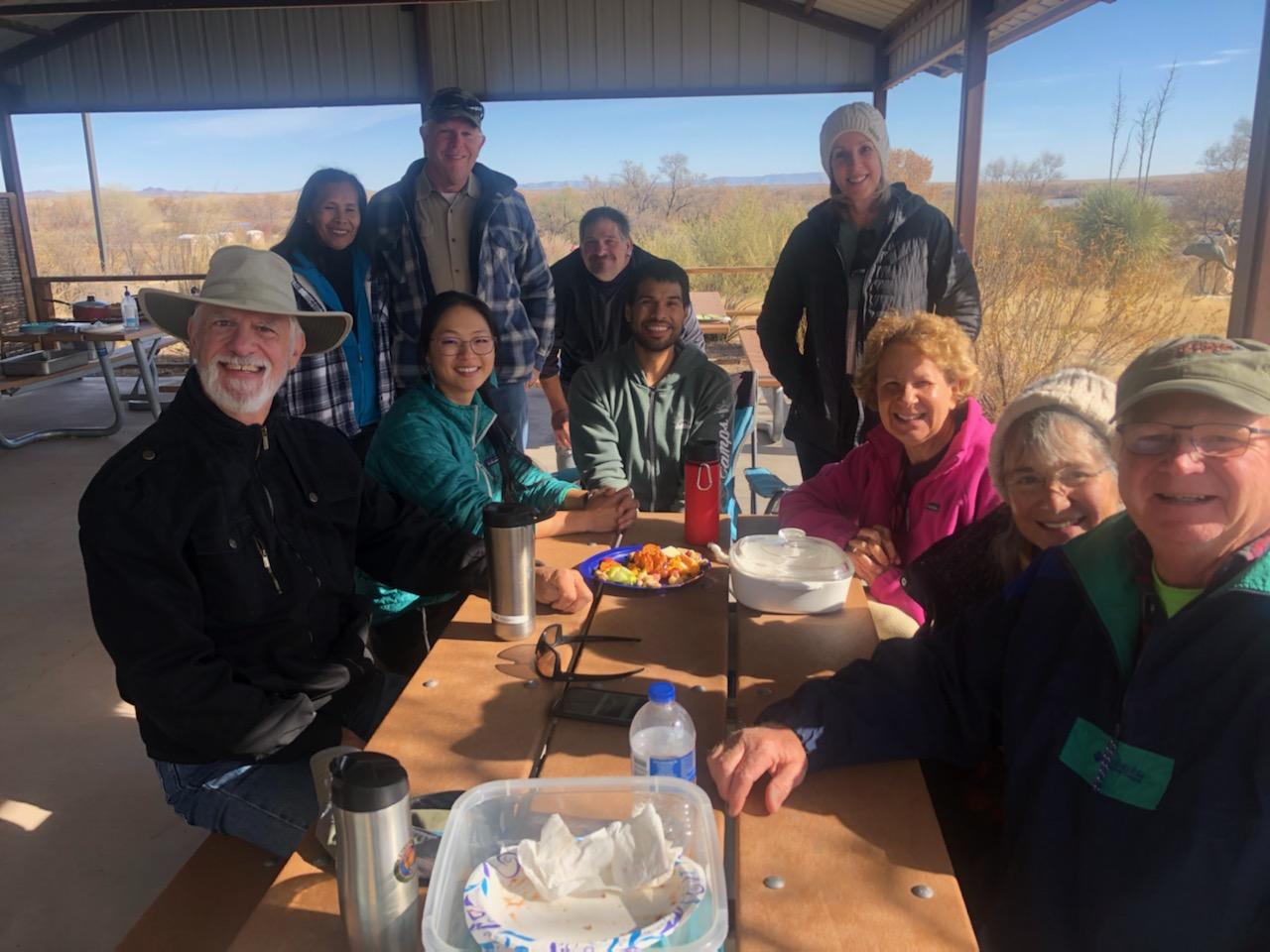 We taught some of the staff at the refuge to play Wingspan.  We had so much fun playing with Jessica, Bryden and Shayla.  They thought the food tokens that Judith and Cindi had made were fabulous, so now they are making their own! 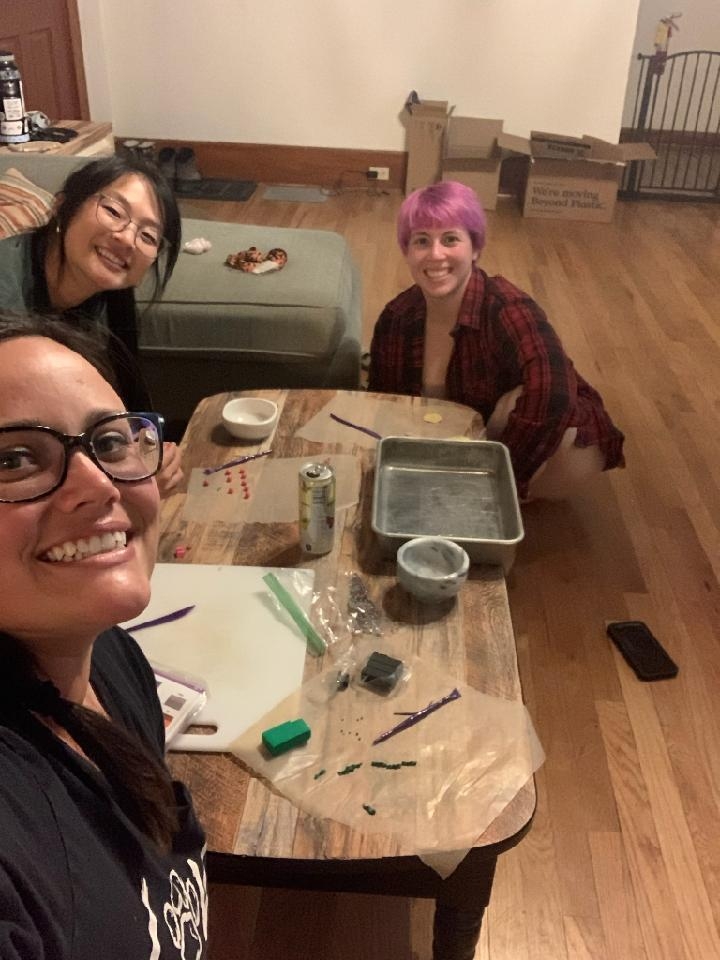 But, as the title indicates, the refuge is mostly about the birds and other wildlife!

At this time of the year the turkeys flock up in same-sex flocks, either all males or all females.  It’s like when teenagers go to the mall.

What is an Eastern Phoebe doing in central New Mexico?  I don’t know, but if you look at its range map it shows a little appendix sticking up to follow the Rio Grande.

The wildlife, the scenery … we will be back!

Previous Post:  Bosque del Apache is going to the birds!