Our summer in Ohio with my son, Michael, was lovely. 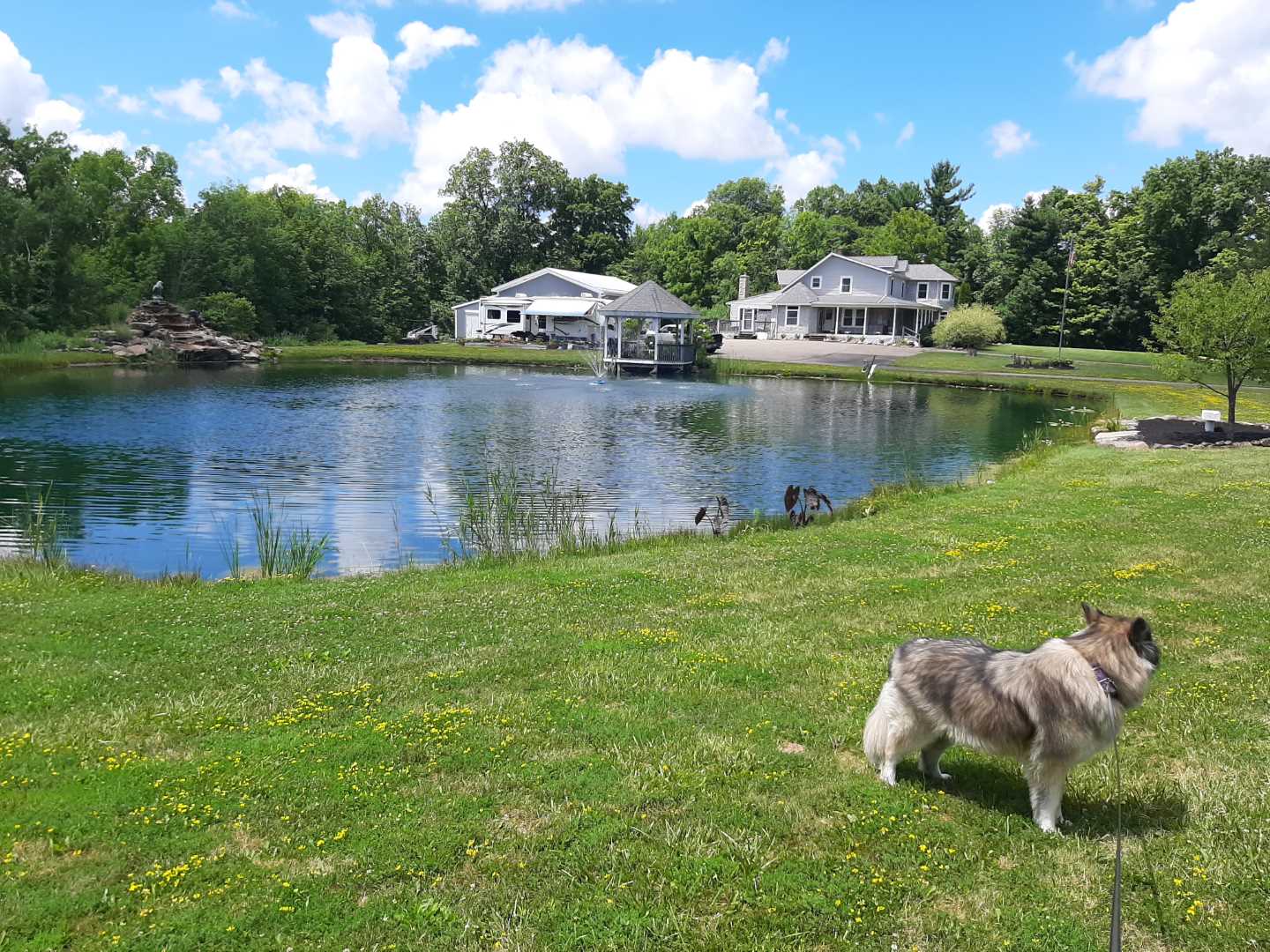 The garden that we had planted in the spring began to come in. 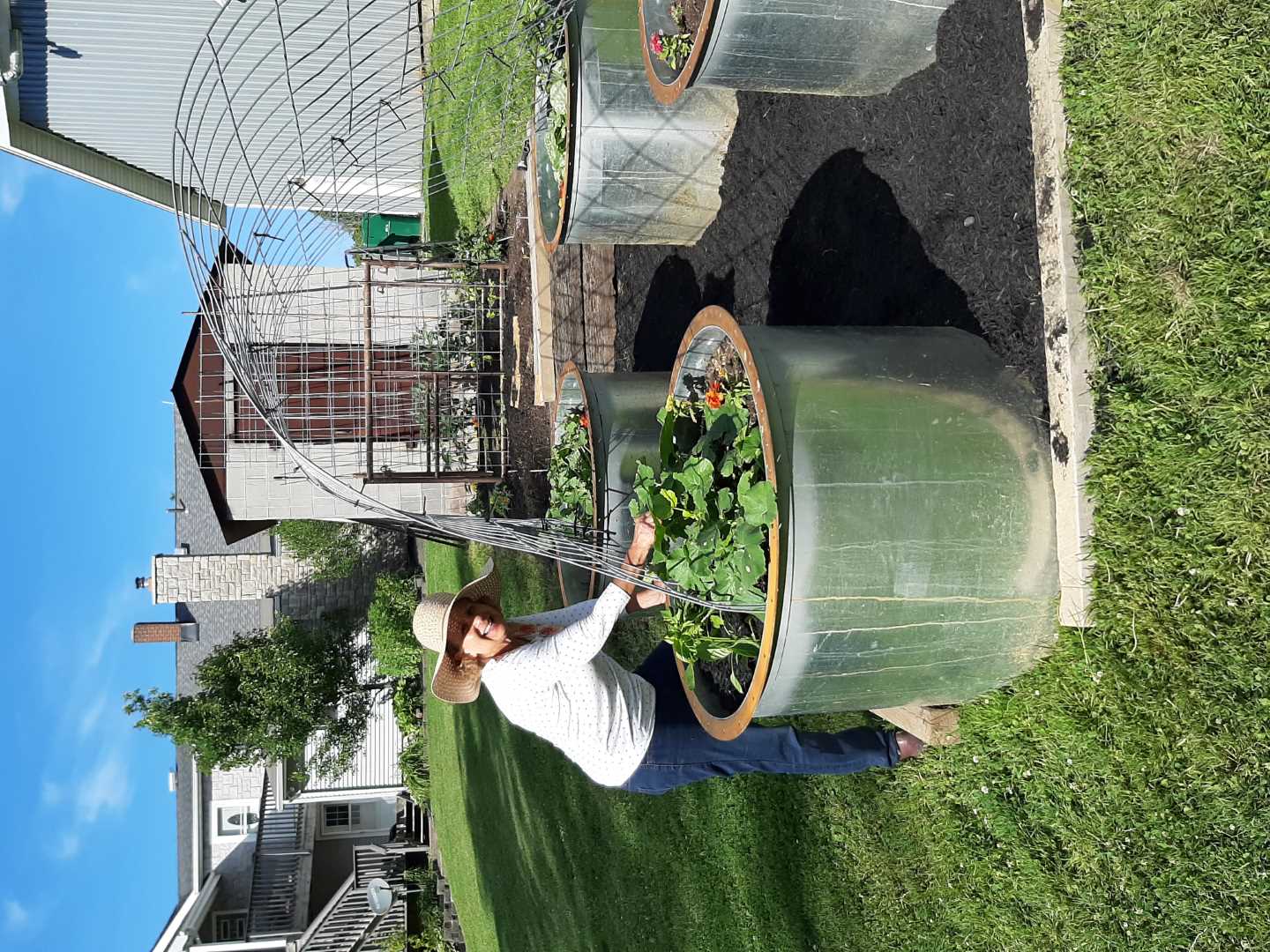 We replaced my old uncomfortable desk chair with a ‘real’ desk chair.  Tooie appreciates that! 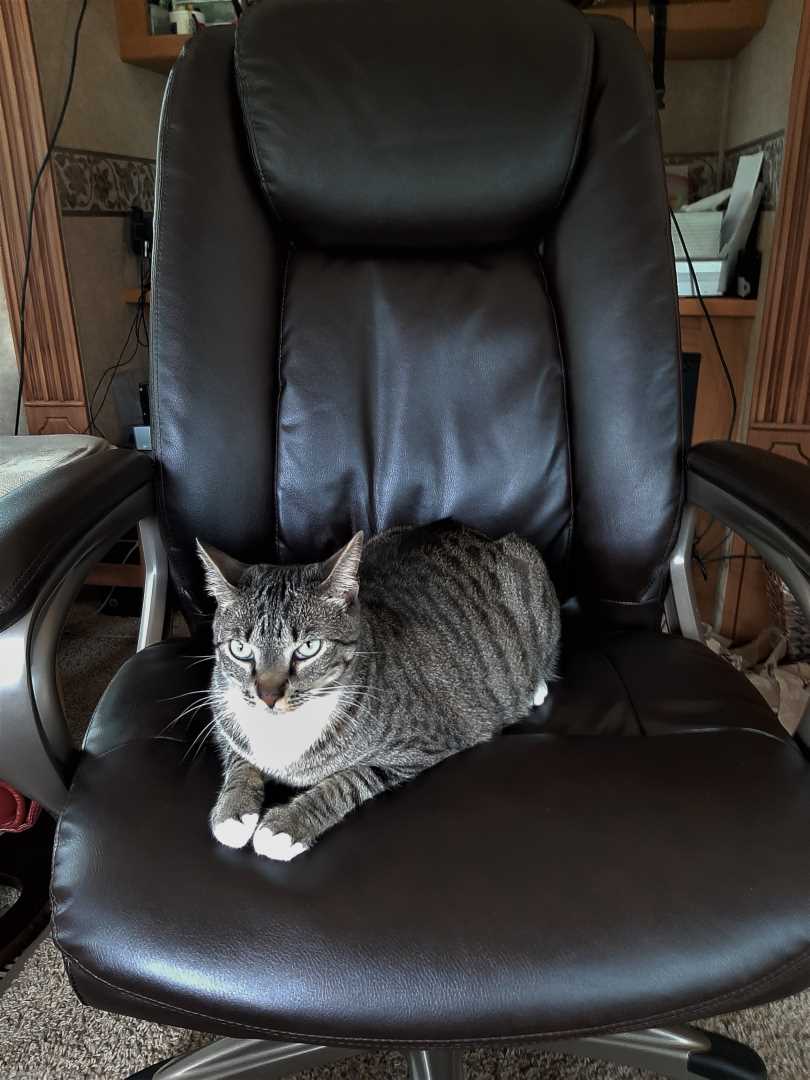 We enjoyed a ‘socially distanced’ July 4th celebration with his mom’s family at his place. 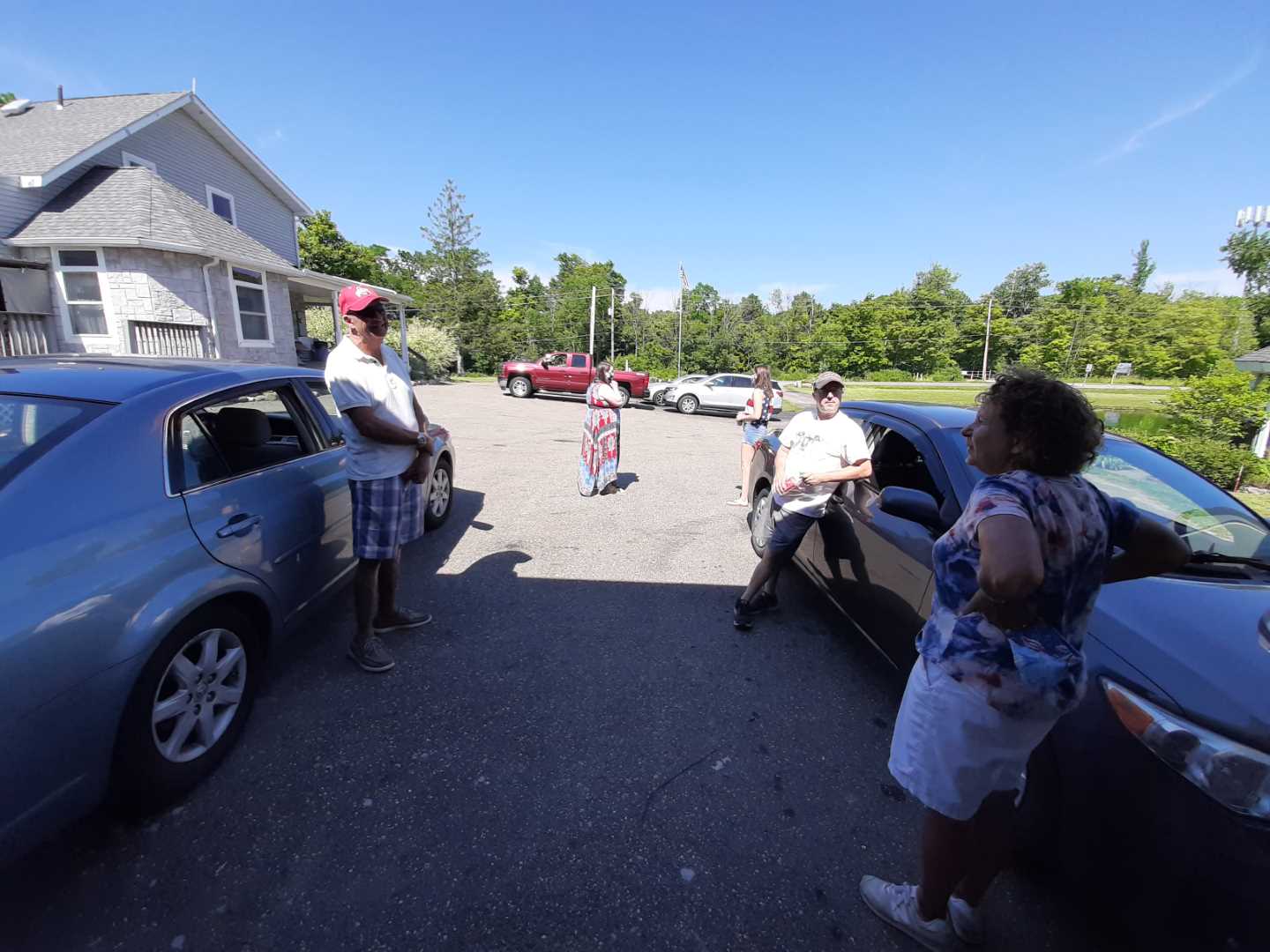 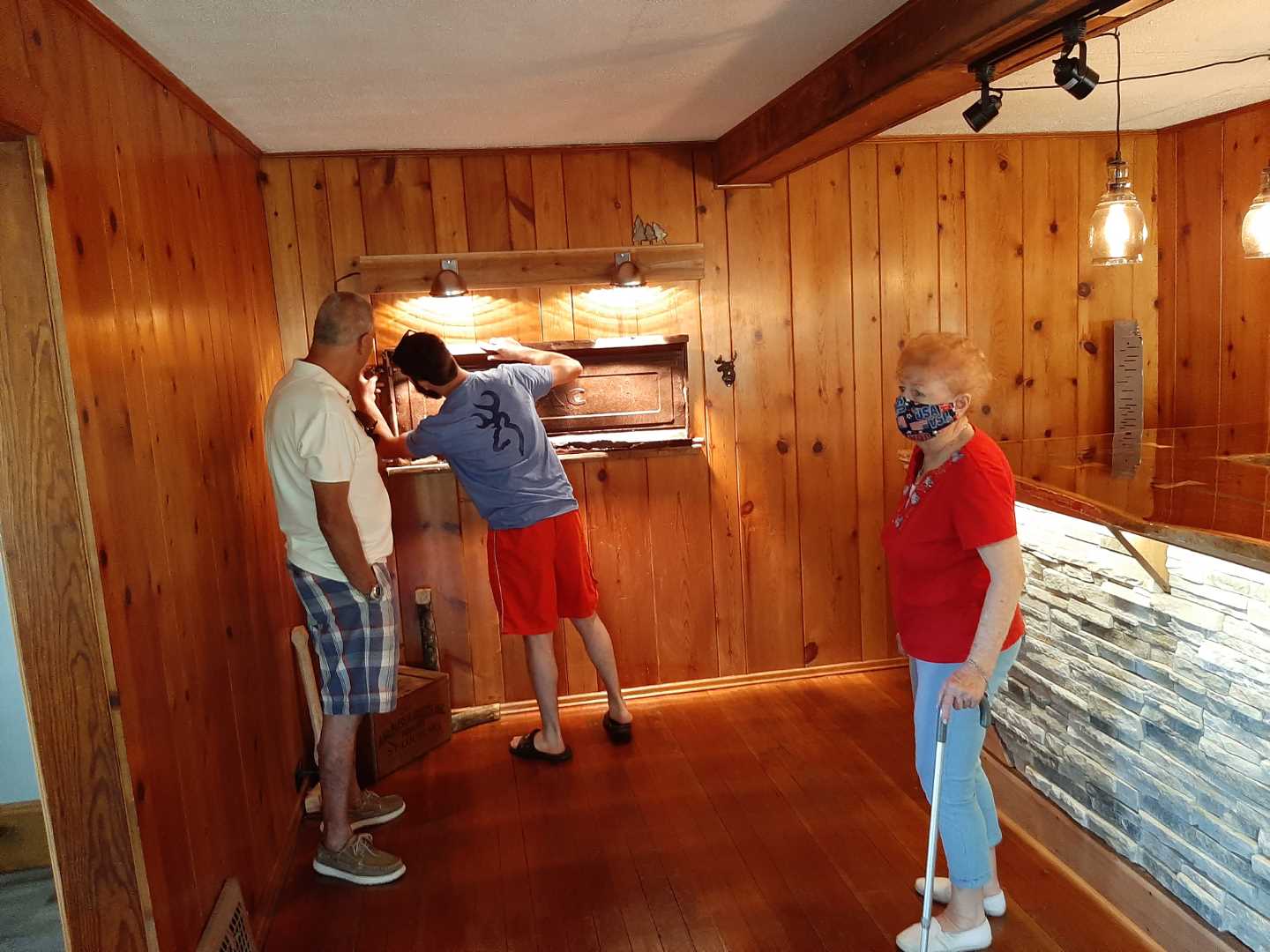 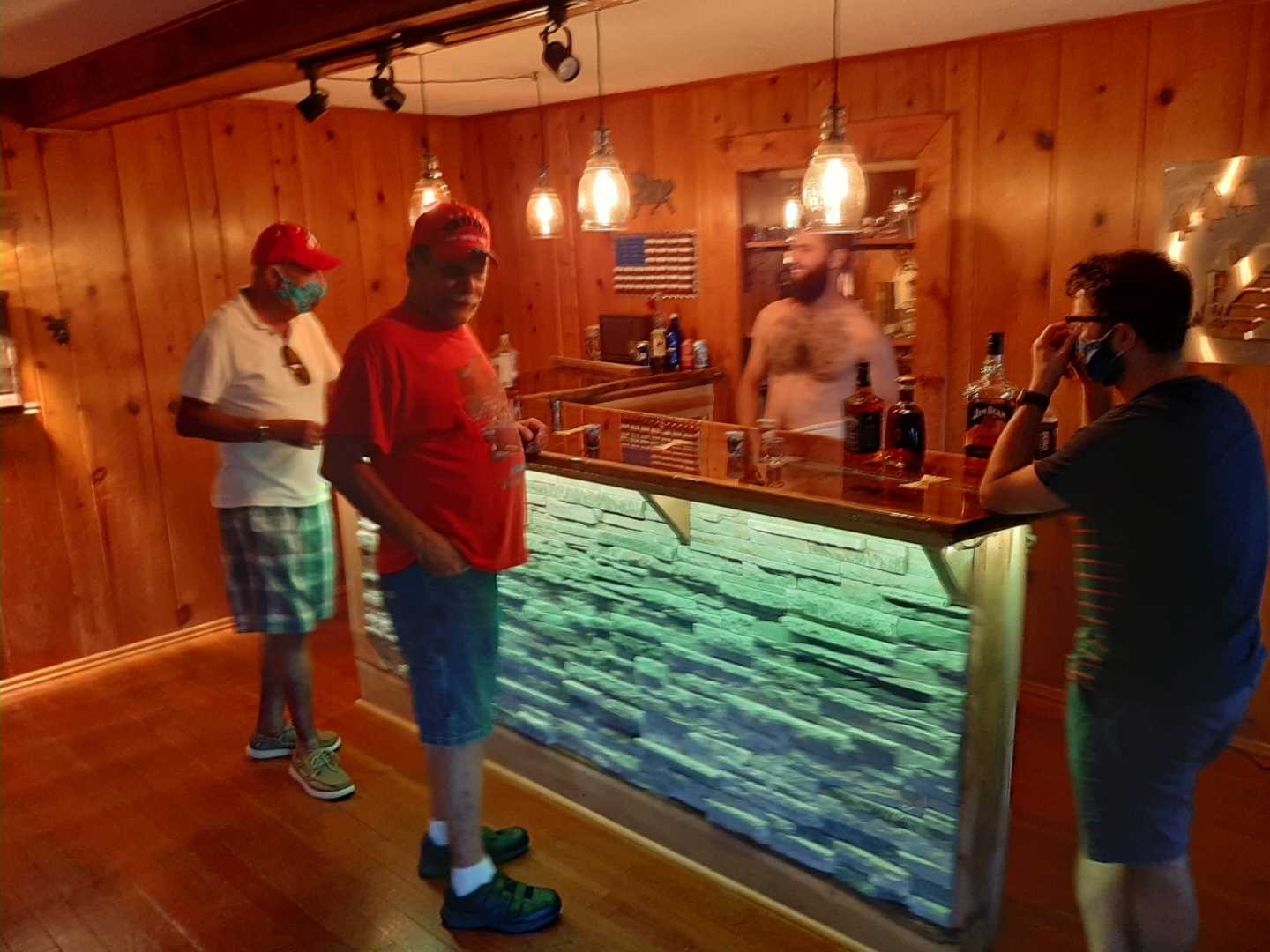 Michael helped with some repairs to our trailer:  replaced the awning, cleaned out a badly blocked drain pipe, and installing a new plank floor. 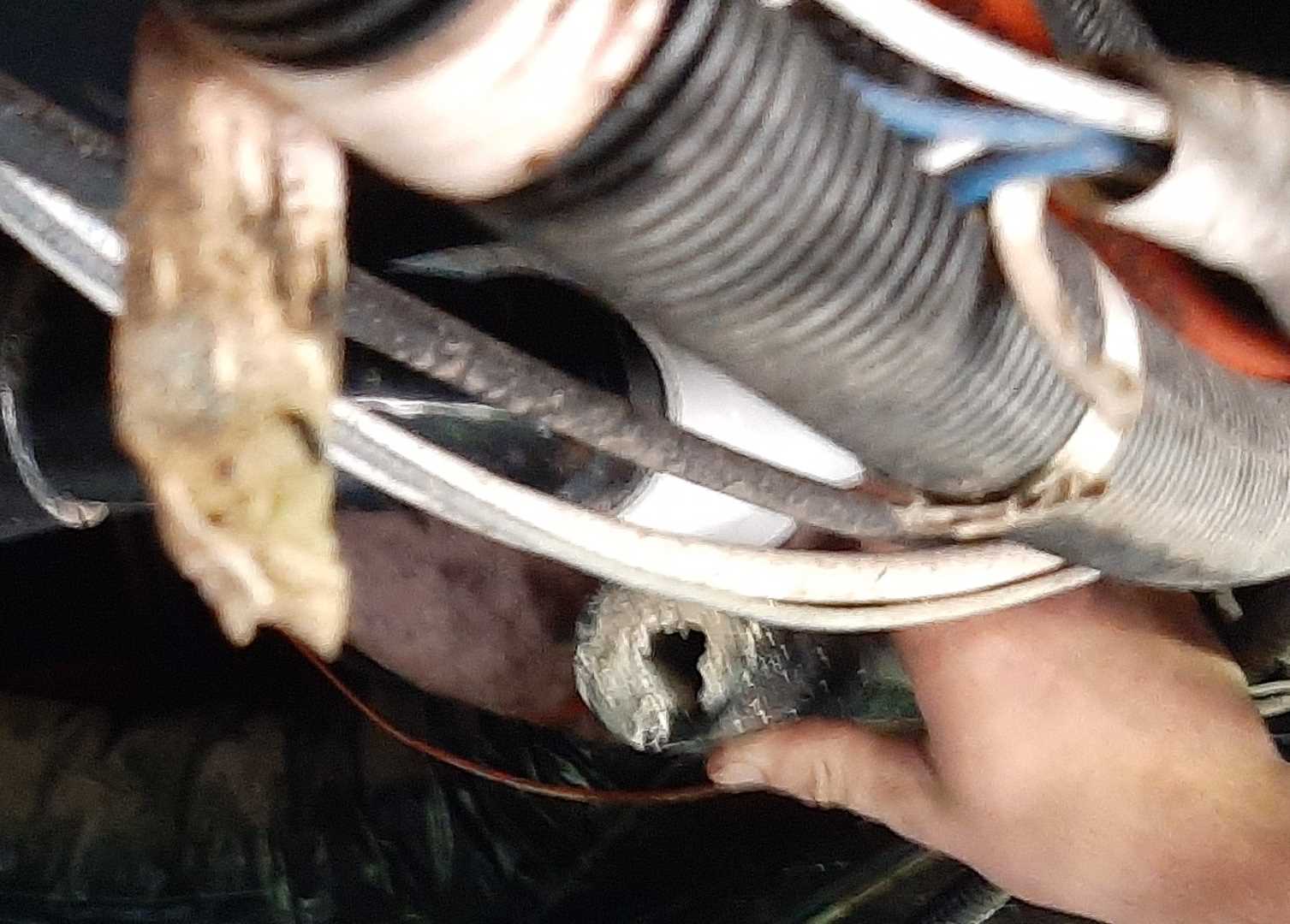 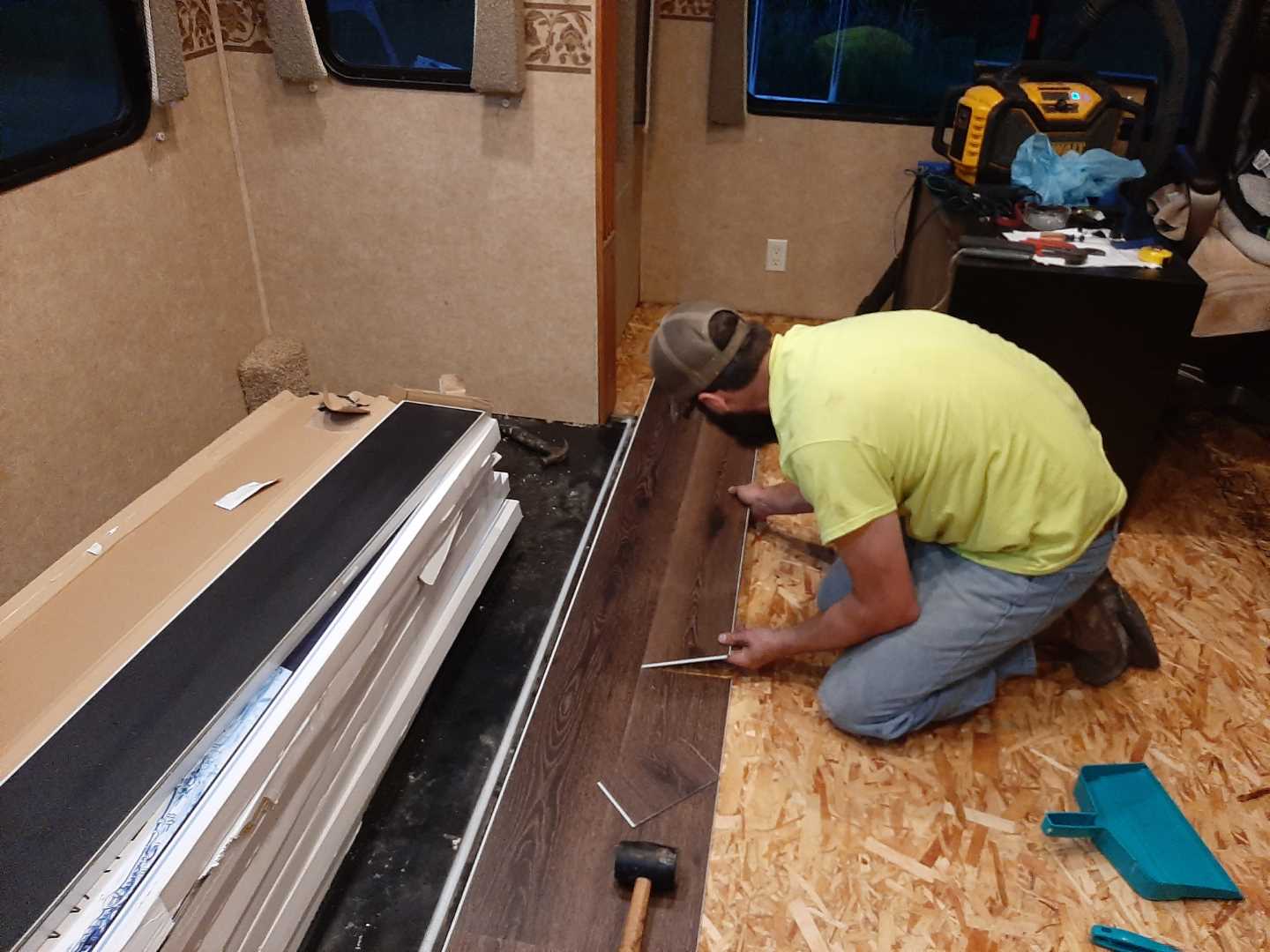 The flooring project was very difficult for Tooie! 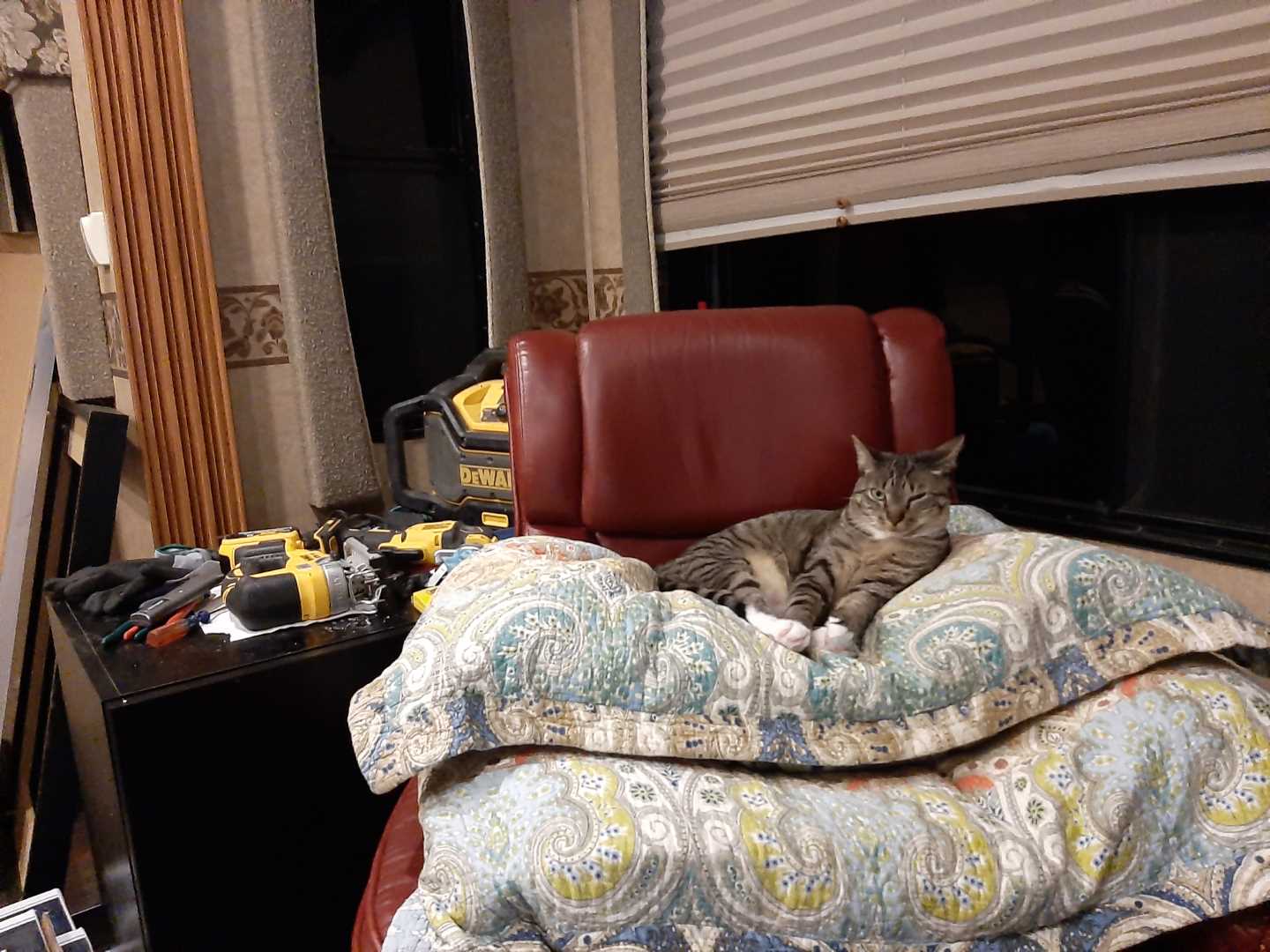 But we were very happy with the results. 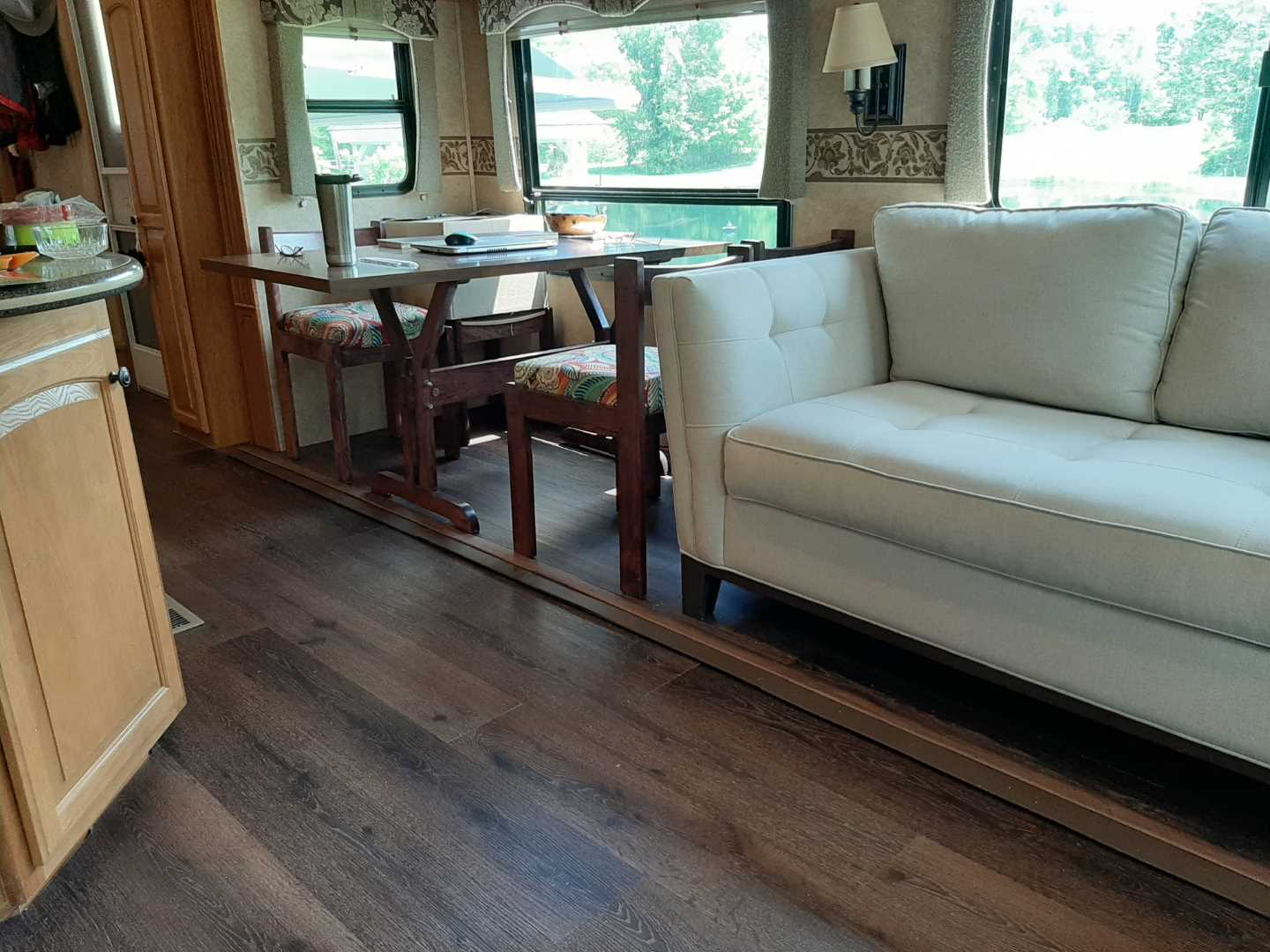 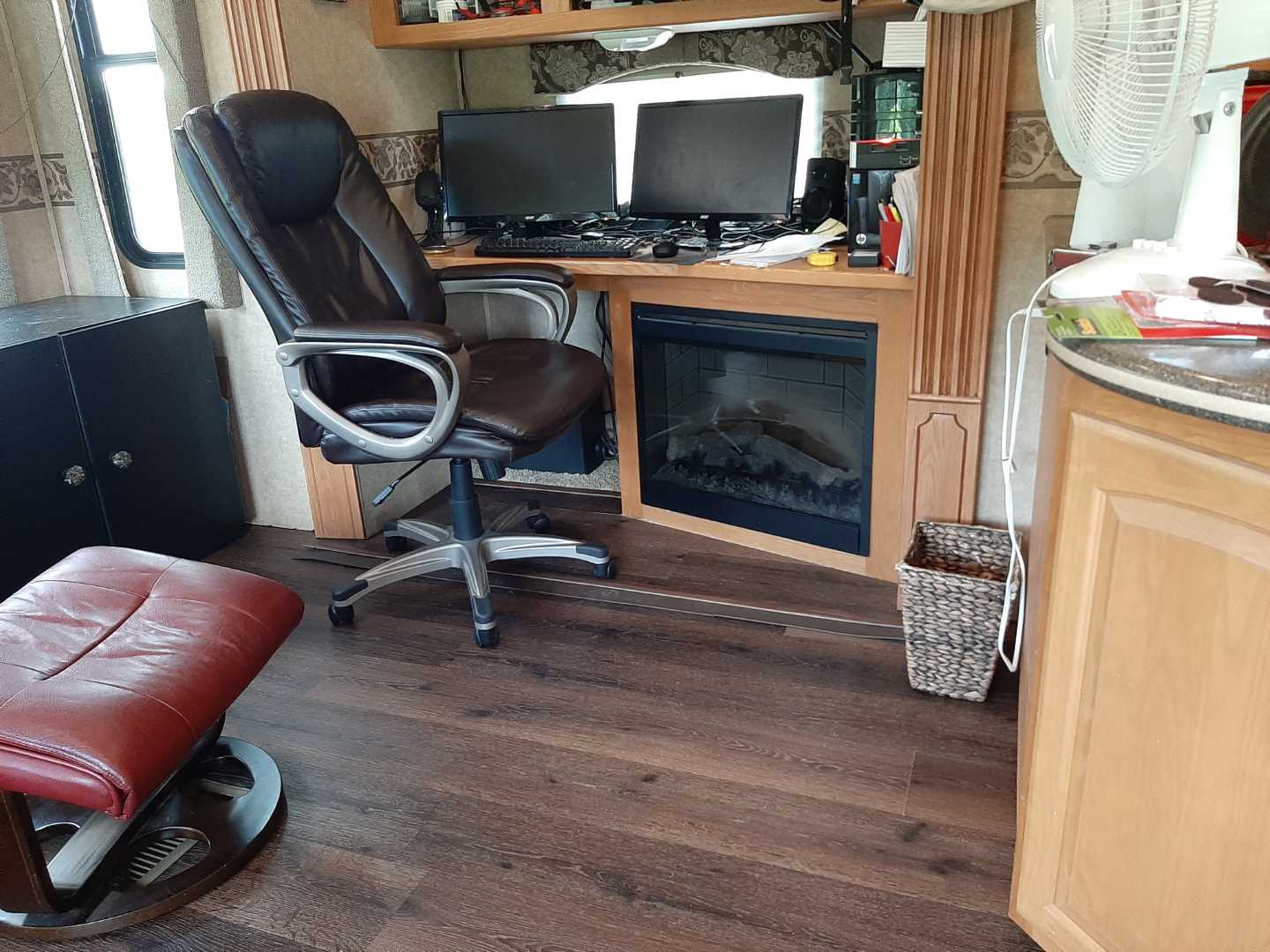 As the summer progressed, the garden began to really develop and produce. 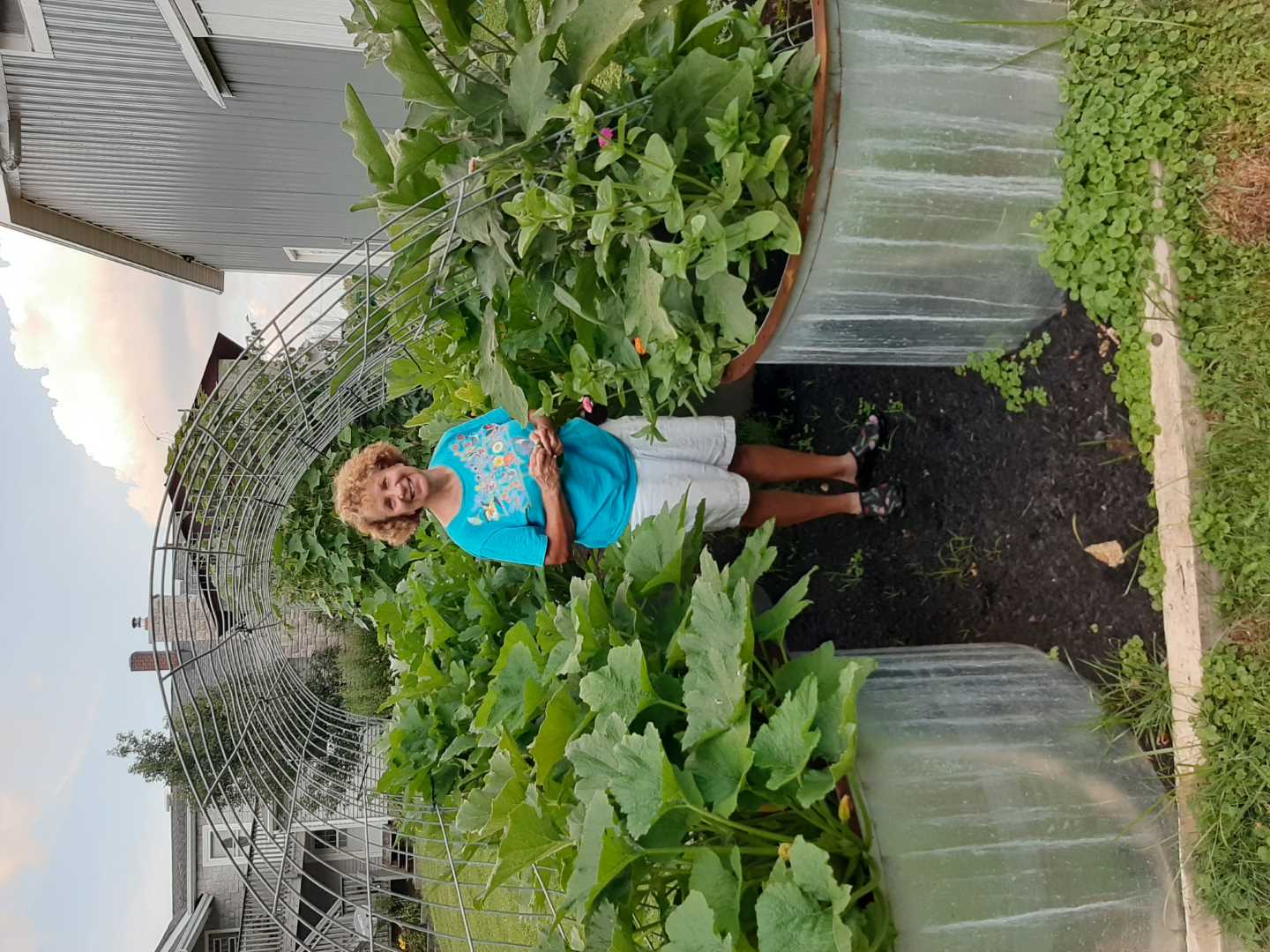 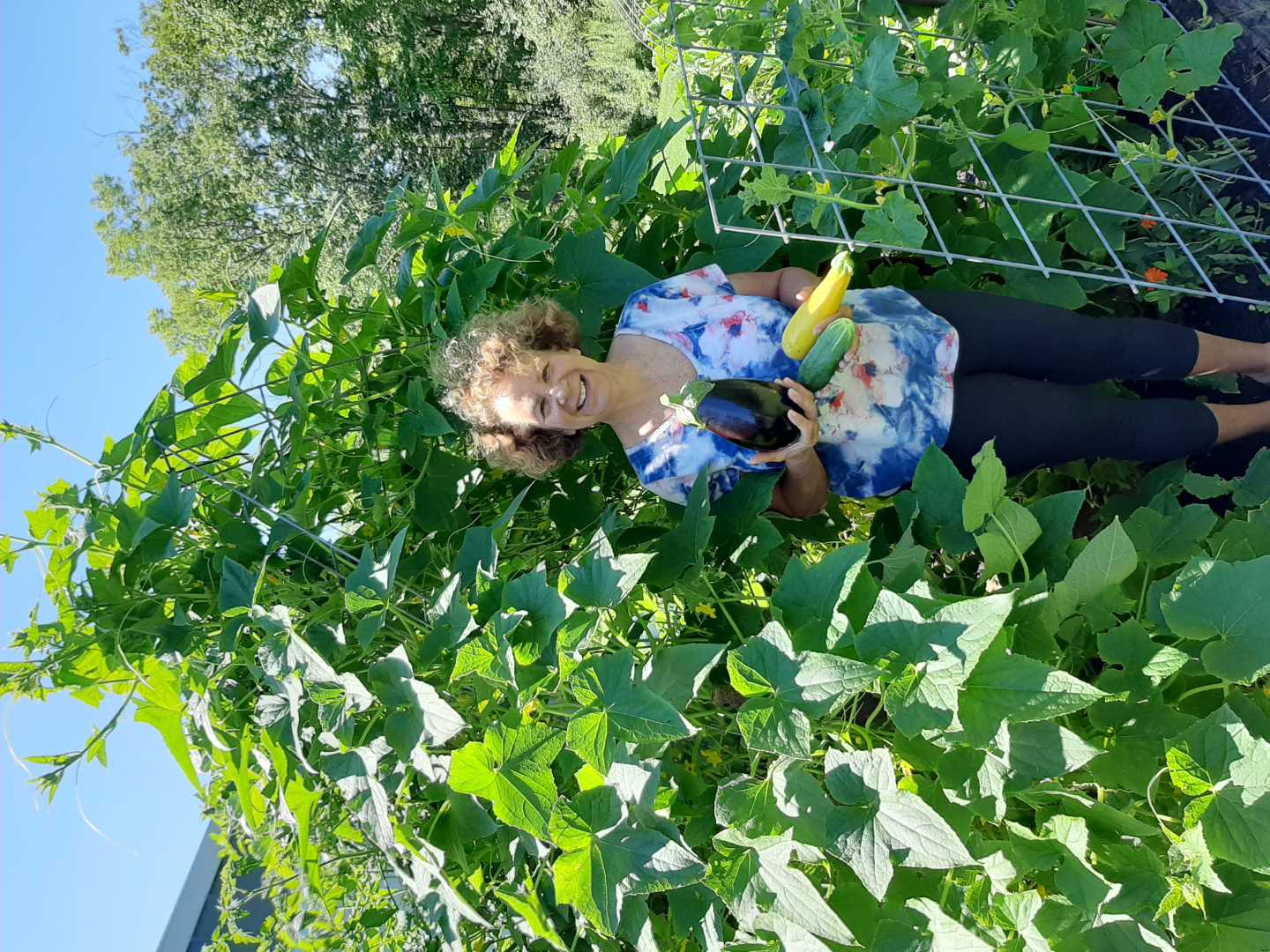 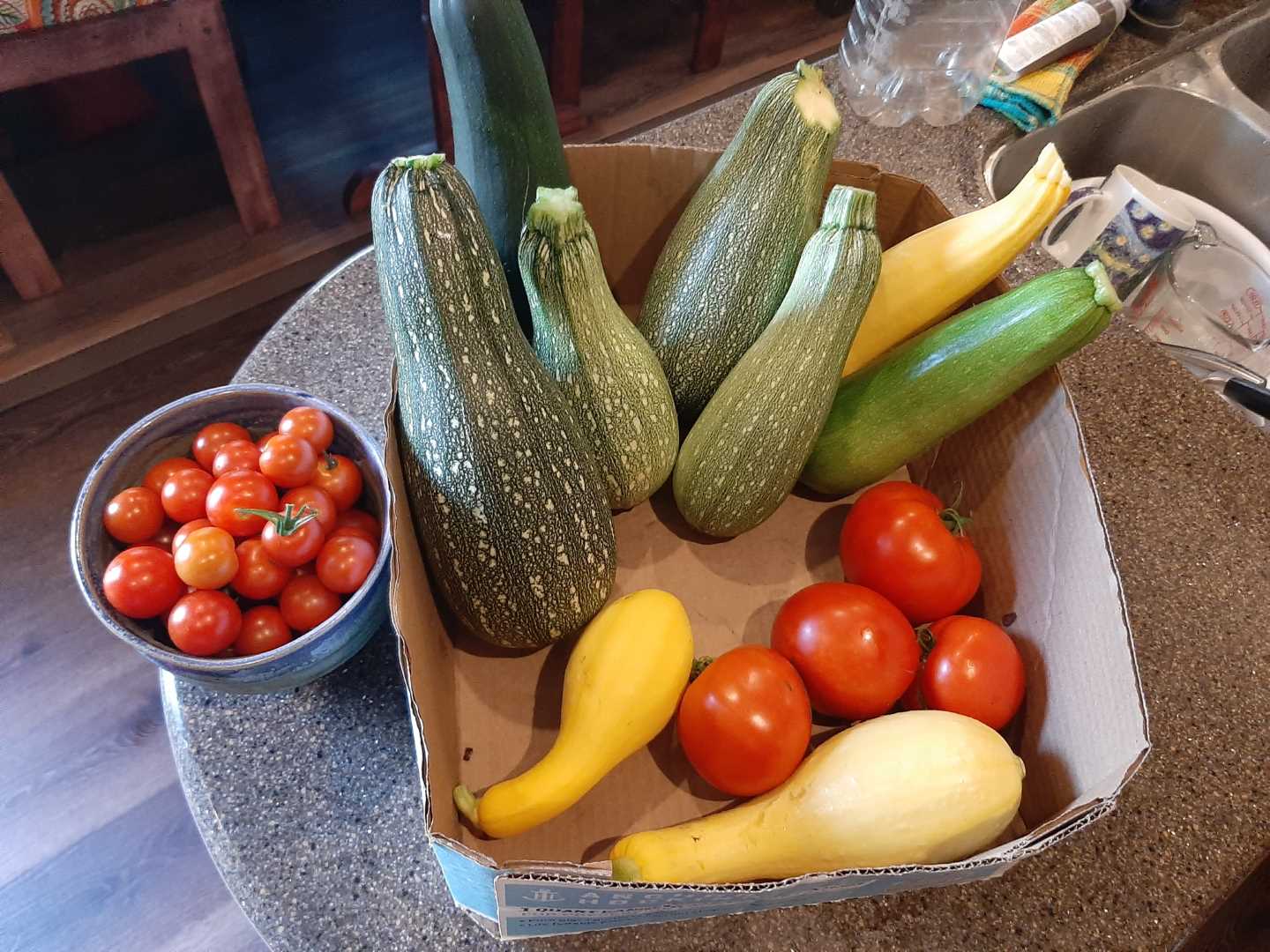 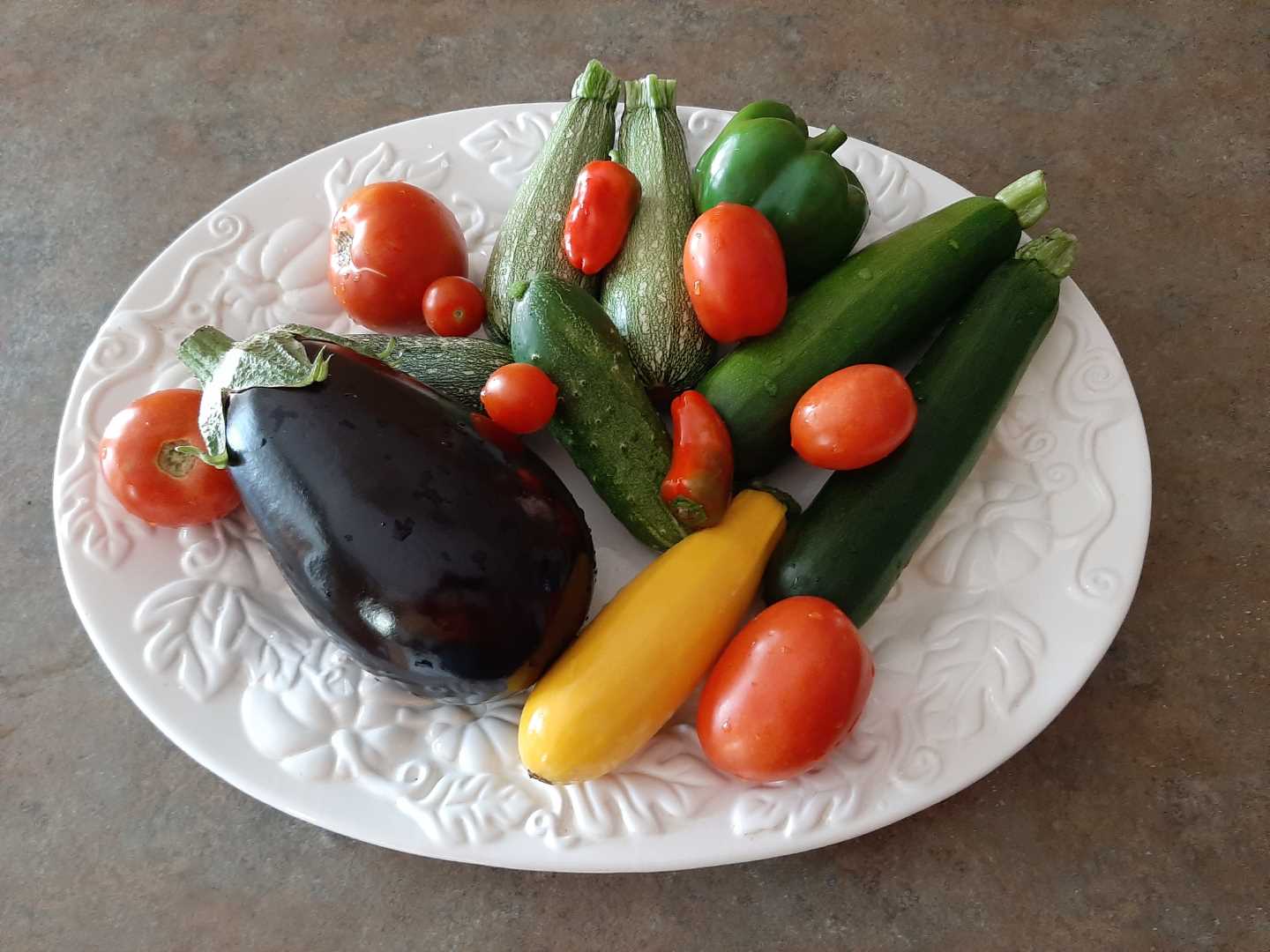 Michael’s kitchen is very large, and fully equiped … including a charger for his Dewalt tools! 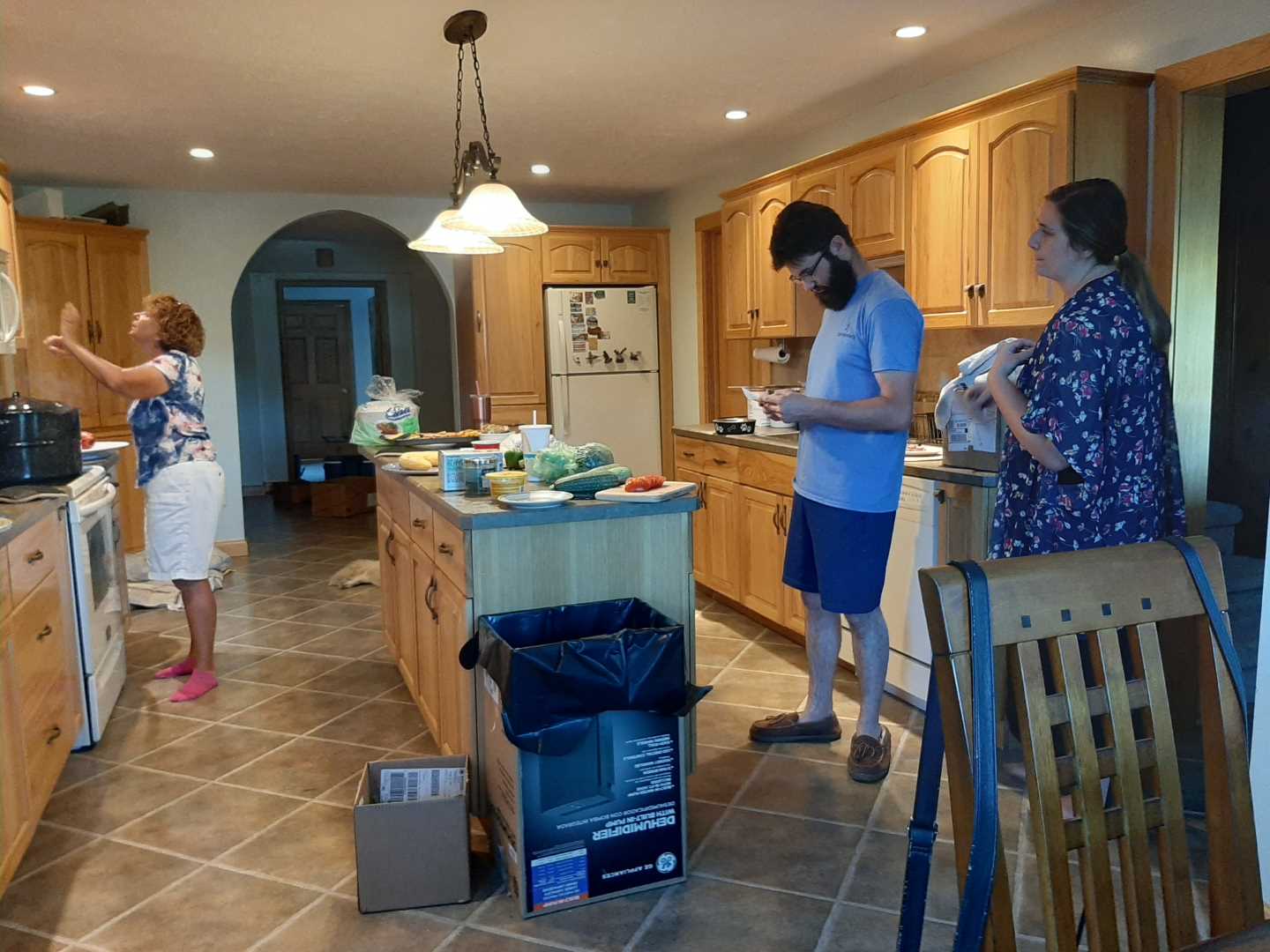 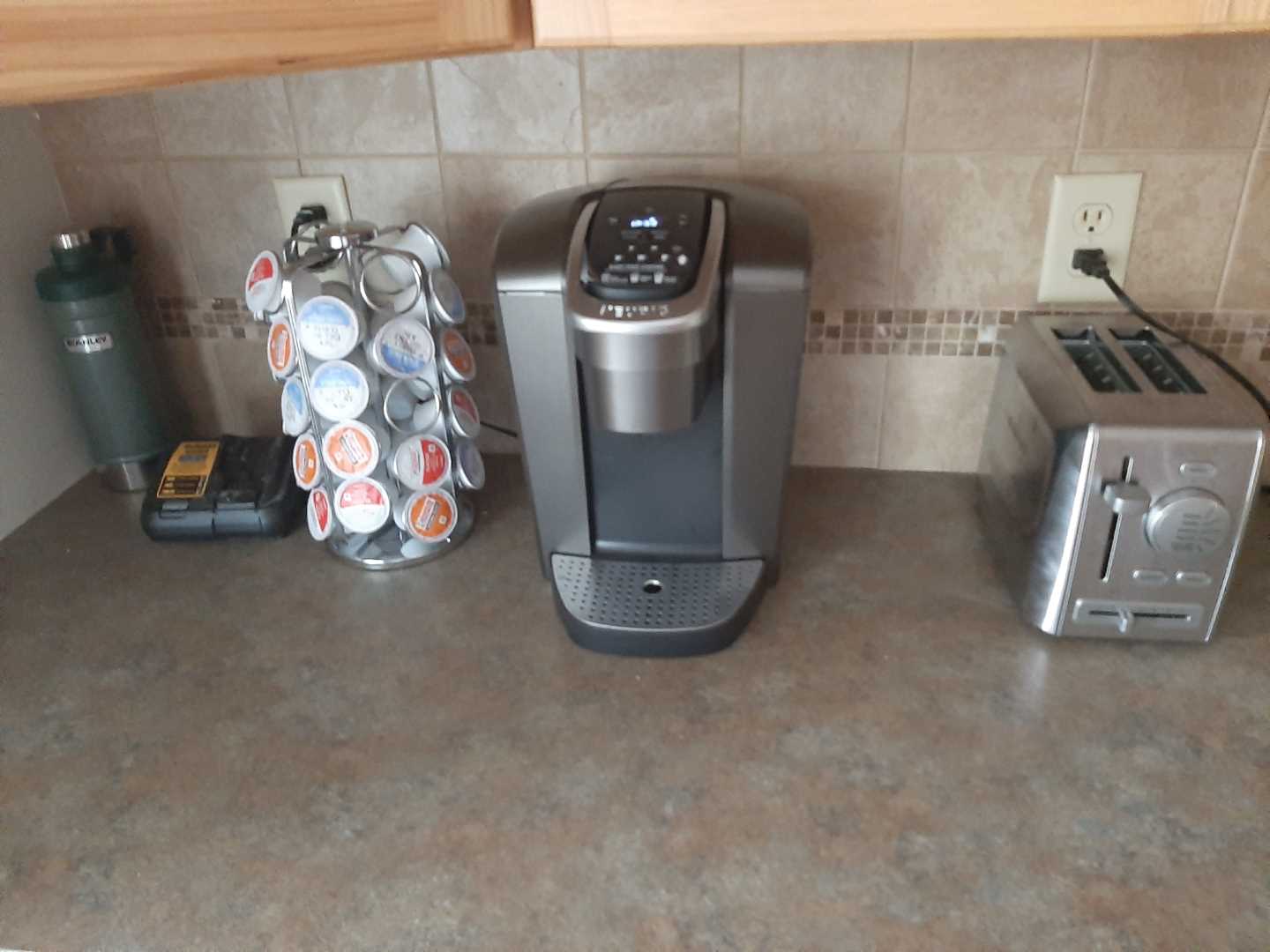 While in the Cleveland area, we managed to see Karen & Mike, Gale, Don & Eve, Zoe and Paul.  We also had a socially distanced picnic on a Lake Erie beach with my co-workers at Networkinguys. 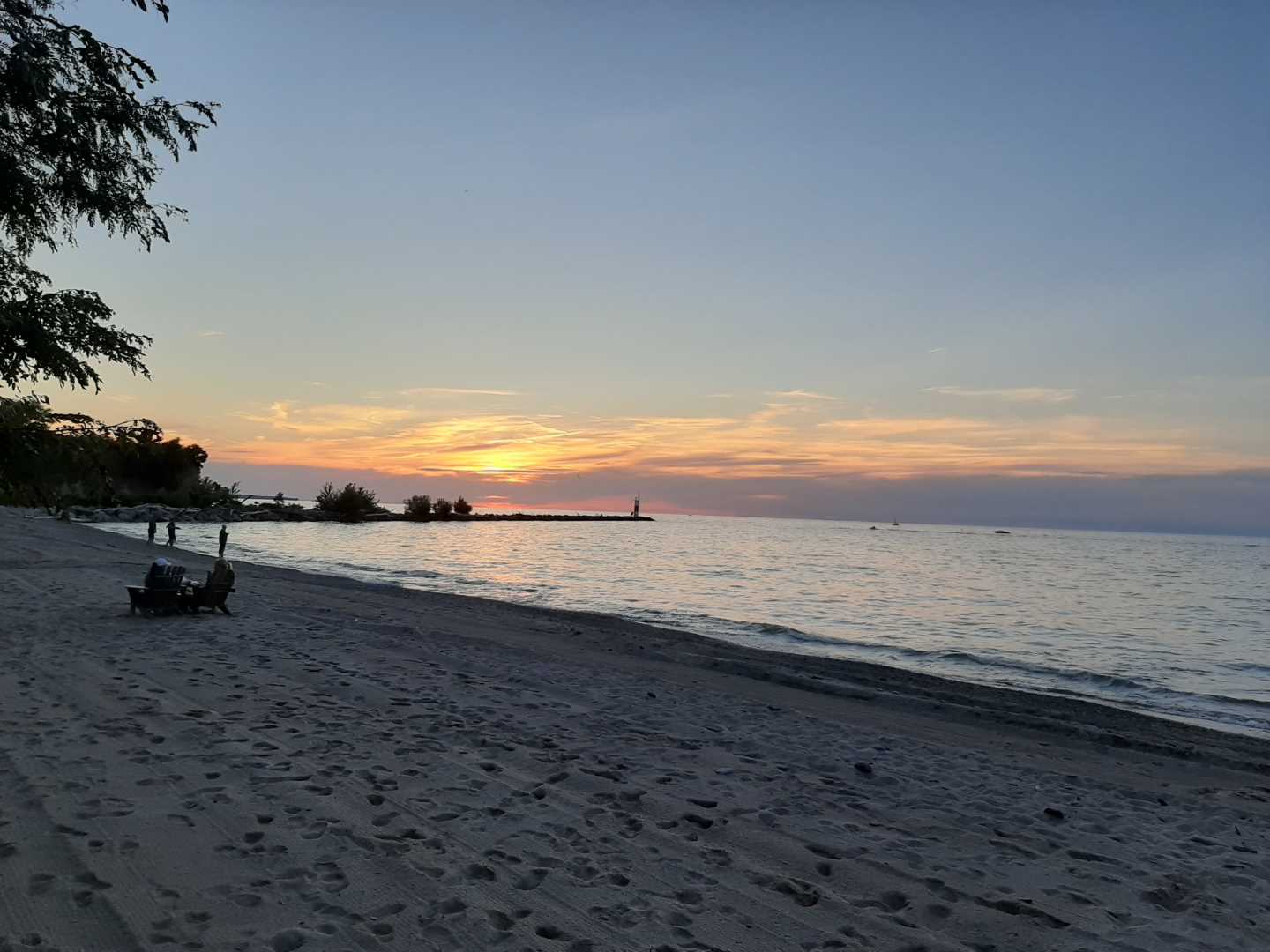 We had originally planned to spend about half of September with Michael then head to Utah to spend time with our friends Roger & Cindi.   But then we received an ‘SOS’ call from Judith’s niece — “Help!  I’m totally overwhelmed!”  Two parents working from home, a 4 year old, and a 7th grader with remote schooling!  How does a family manage all of that?

So we changed our plans, left the Cleveland area the day after Labor Day and planned on 5 long hard days of driving to reach Portland OR on Saturday.

Of course, the best laid plans oft go awry!  The brakes on the trailer didn’t feel like they were working properly, and we had a short day planned for the drive from Kearney NE to Twin Falls ID, so we made arrangements to have the brakes adjusted at an RV repair shop in Kearney.  Unfortunately, that didn’t go as planned.  First, the job that was planned for 2 or 3 hours took all day, in part because they found that we had a broken leaf spring, had to find parts, and repair that too.

While it was already 4:30 PM, we really wanted to stay on schedule and planned to drive the five hours on to Twin Falls.  But that was not to be.  We were only less than five miles from Kearney when a car passed up, honking its horn and pointing at our wheels.  We pulled off to check what was  happening, and found that one of the wheels that had just been repaired was smoking!  With our infrared temperature sensor it read over 700 degrees F!

While we allowed the wheel to cool, we called the repair shop and told them about the problem.  We thought we could limp back to their shop, and they said they would fix the problem the next day.  However, as we drove along the berm of the freeway, the wheel came off, bounced across the highway striking a passing car, and ending in the center median. 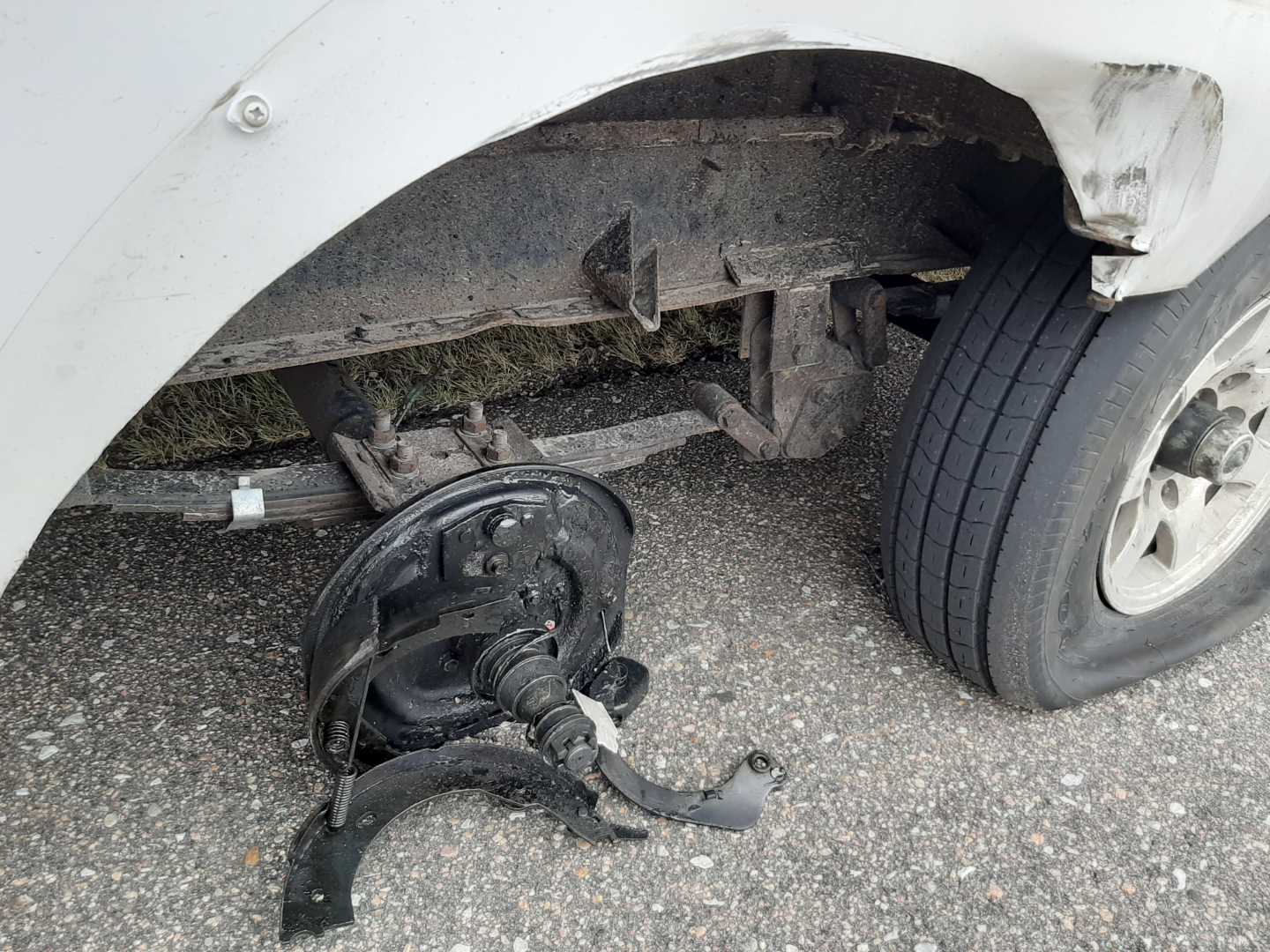 We called the RV shop again.  They sent out a tech who changed the flat tire, chained up the axle where the wheel was missing, and accompanied us back to their shop.  We spent the night in their parking lot, plugged into their 50A power.  The next day they got the parts and repaired the wheel assembly, and rechecked all of the other bearings.

While they were doing their repairs, we investigated the Number One tourist site in Kearney:  The “Great Platte River Road” Archway over I-80.  It was interesting and included a recreation of a prairie ‘sod house’. 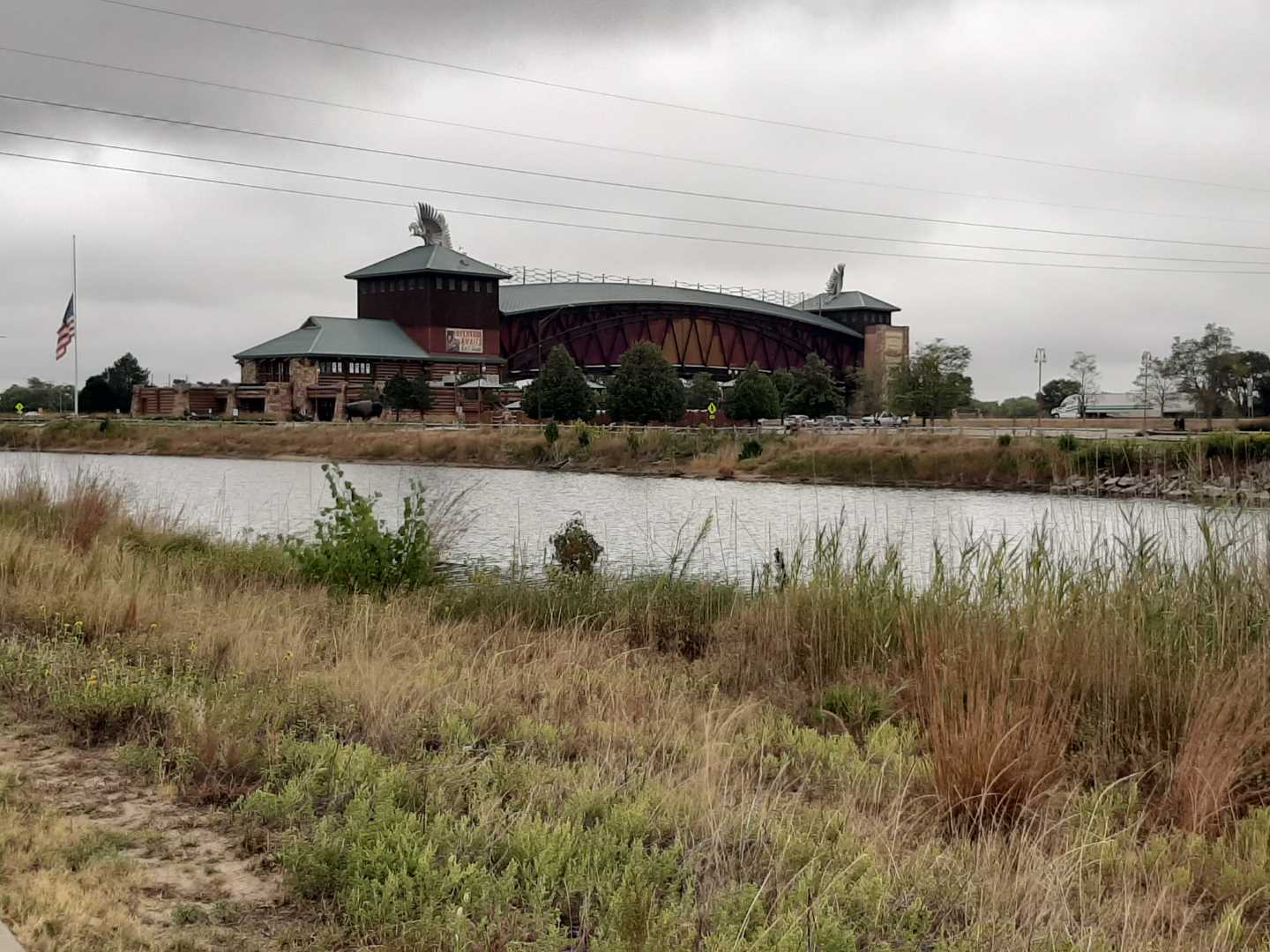 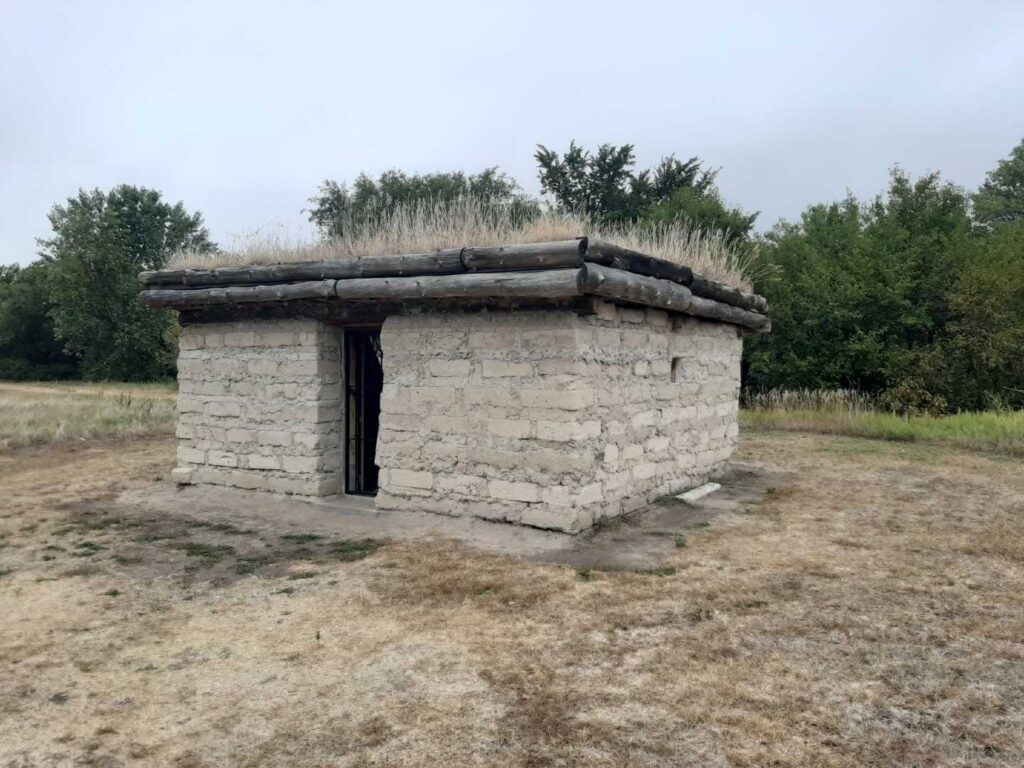 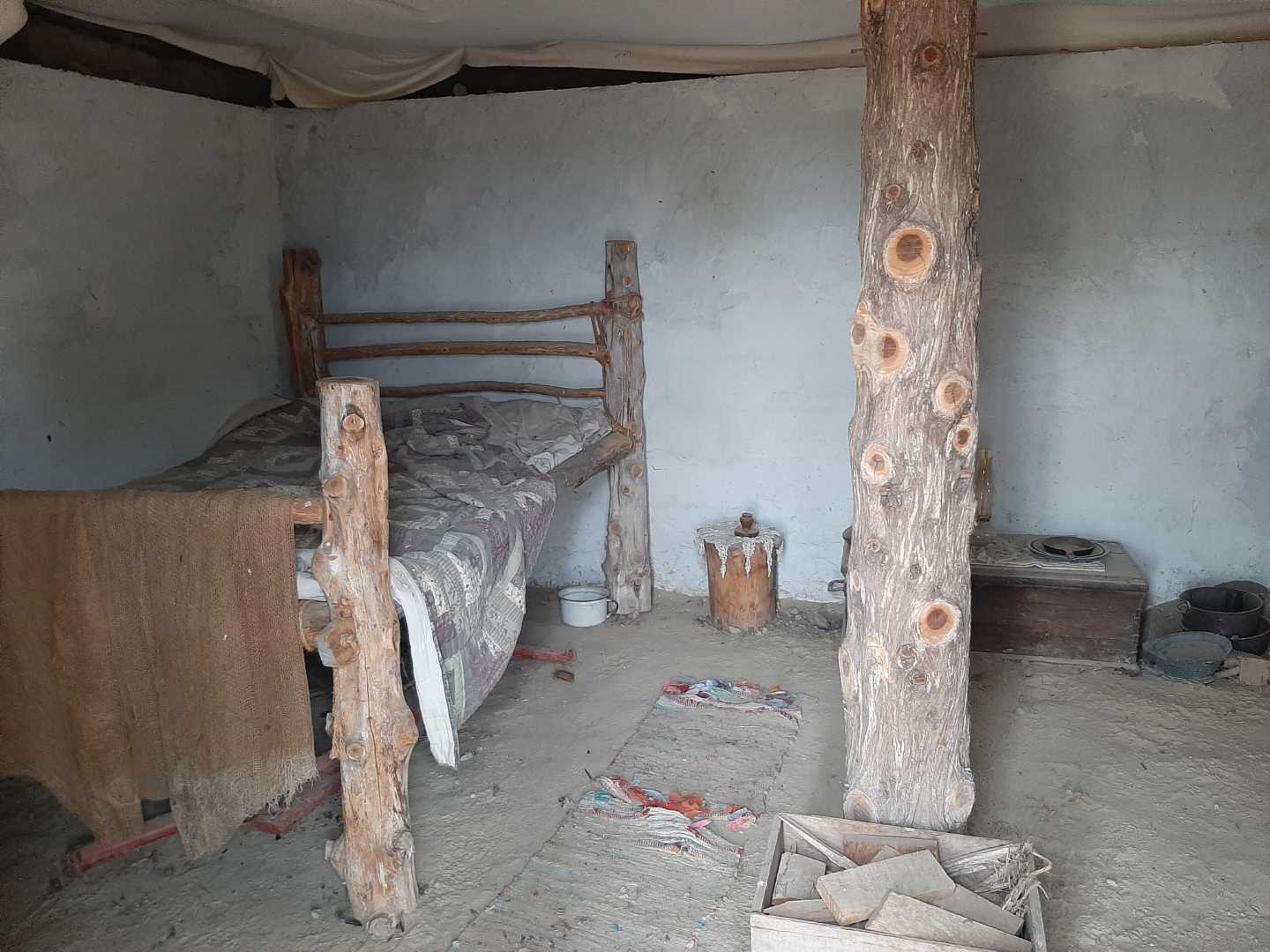 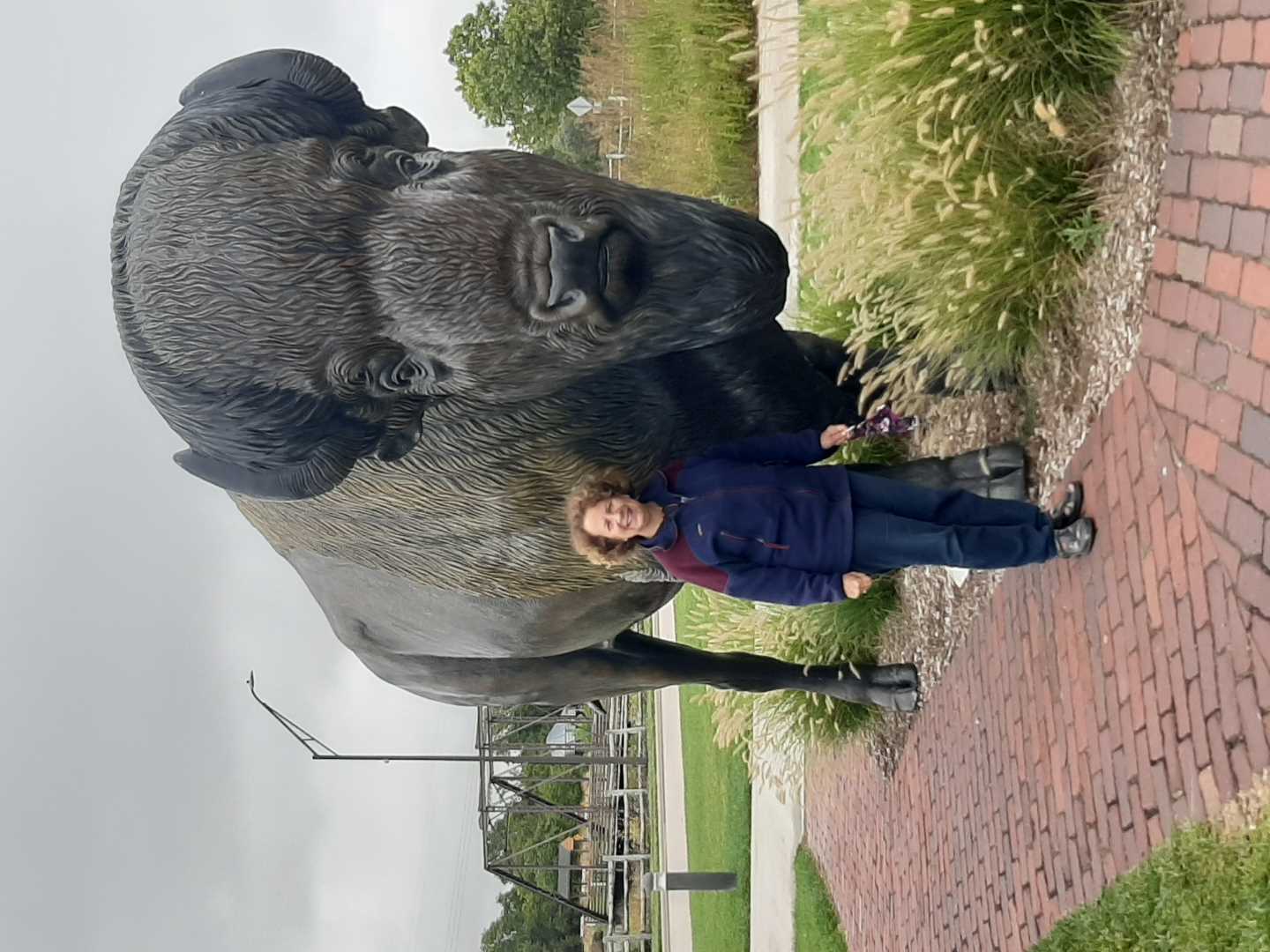 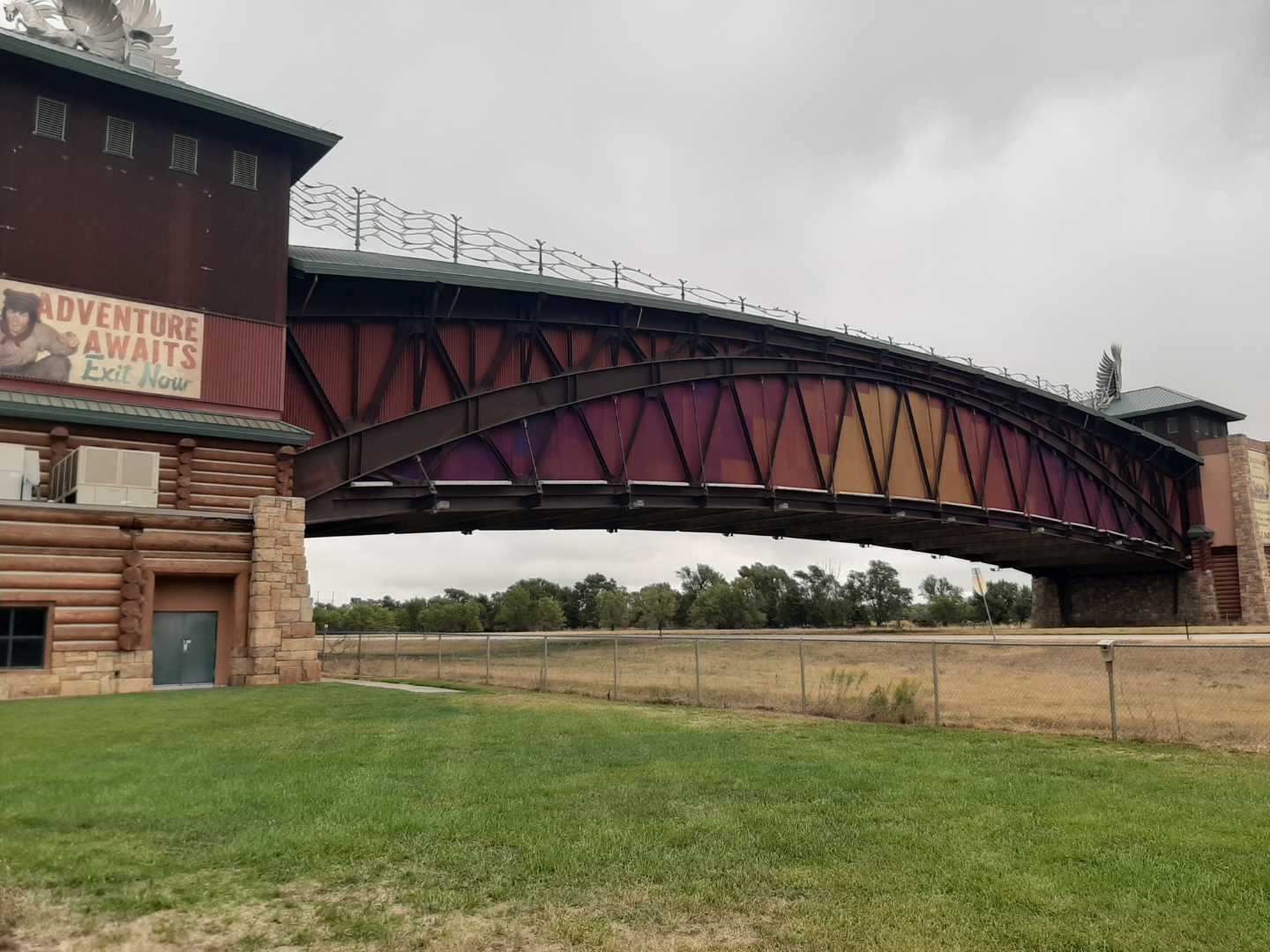 The next day we were finally on the road again, heading to Twin Falls.  But Fate still had a hand in our travels!  The smoke from wild fires in Oregon was causing Portland to have the worst air quality in the world!  We couldn’t go into all that smoke!  Judith’s chronic bronchitis would not allow that!  So we spent a couple days in Twin Falls, waiting for the rains to come to Portland to clear the air.

While there, we visited some of the falls which are famous in the Twin Falls area:  Perrine Coulee Falls, Shoshone Falls, and of course, Twin Falls.

We also visited Three Islands Crossing S.P.   We had considered volunteering at this park — until we heard that the average summer temperature is around 100* F!  This was one of the few possible points for historic travelers to cross the Snake River.

Finally, the air quality in Portland began to clear, and we headed down the road and on to Portland.   Kajsa & Brad arranged for us to park in an alley-like street across from their house (their house is the blue-gray house in the distance).  The boys are a real joy to be with, and have been very happy to spend time with us. 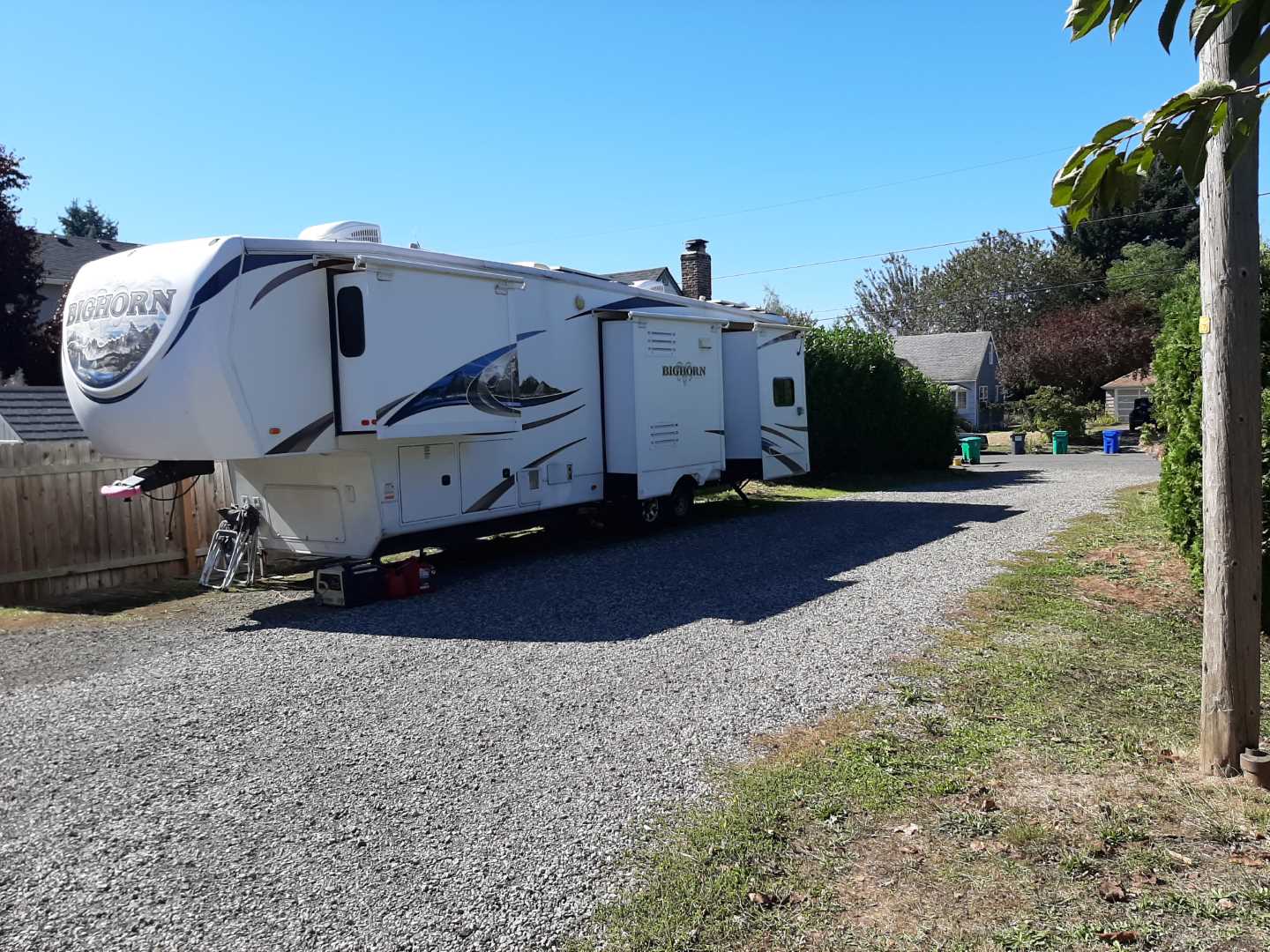 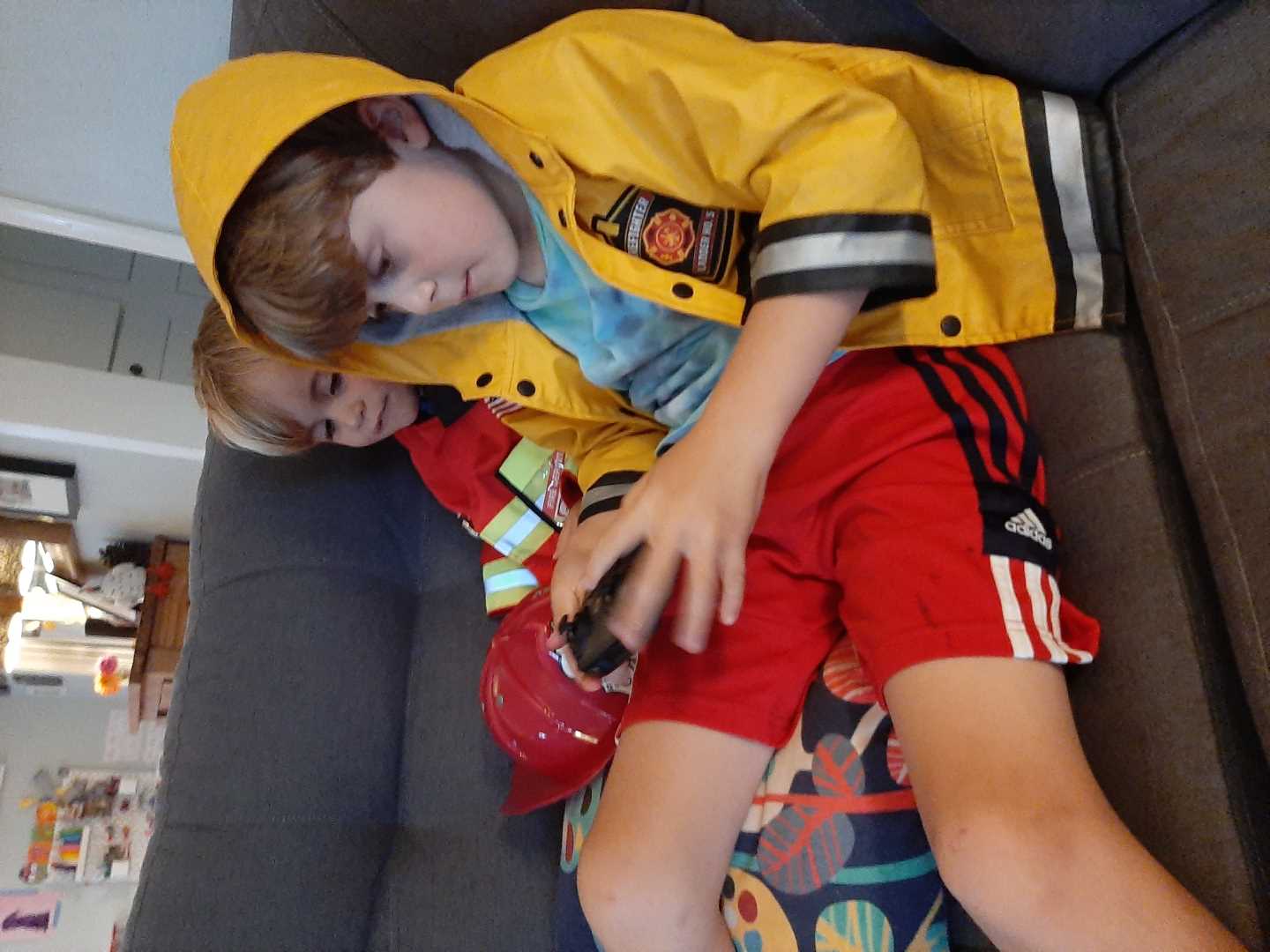 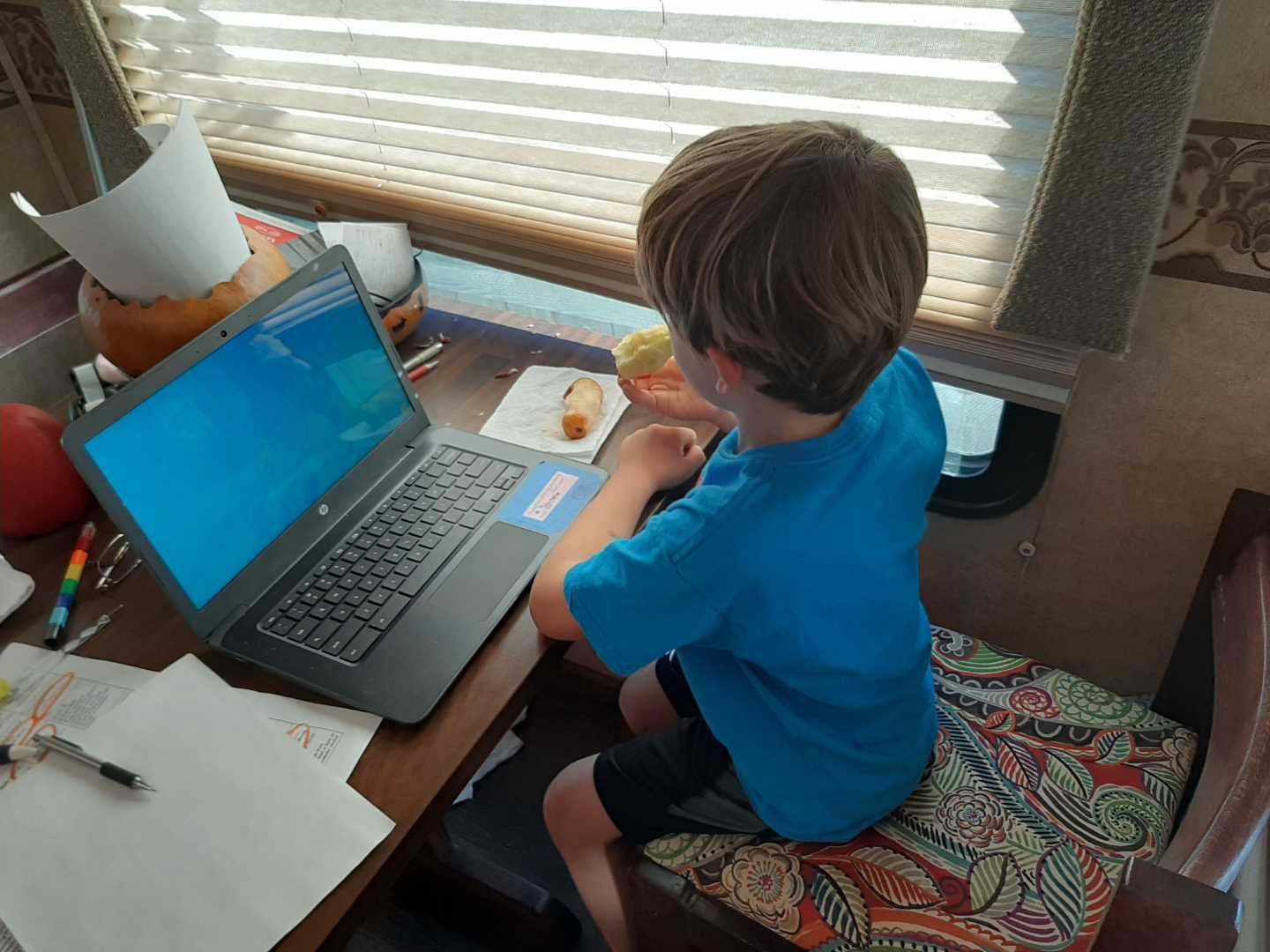