We have had a wonderful time as volunteers at Palatki Heritage Site.  The weather was substantially hotter than we anticipated (of course the whole nation was setting record temperatures) but that limited our ability to hike and do some of the things that we love about the Sedona area.  So it is with mixed feelings that we face the end of our time here.  There is still so much to do and explore here, we truly love the Red Rock country, but we are excited about the new learning ,challenges, and experiences awaiting us at Bosque del Apache National Wildlife Refuge.

We have had “some” excitement in our waning days here at Palatki.  One of our visitors nearly stepped on a blacktail rattlesnake just a few yards from the visitor’s center.  She regained her composure and took a couple pictures! 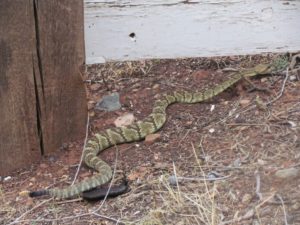 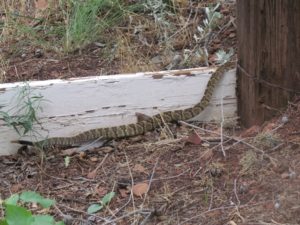 Just for perspective, the brown post is about 8″ across.

I also was able to visit a part of the site that is not open to visitors.  Called the Ranch House Ruins, the view from the cliff covers the entire canyon.  The ruins are almost as the native people left them with agave quids and corn cobs still lying on the ground.  You can see the imprints of the fingers of the workmen who were pressing the mortar in place and painted handprints on the wall. 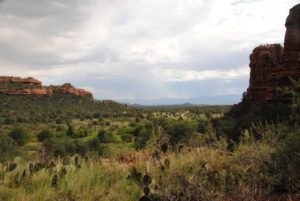 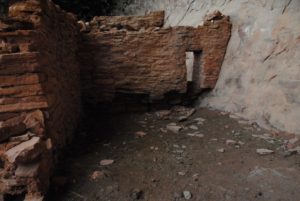 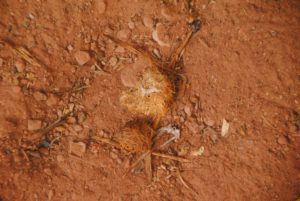 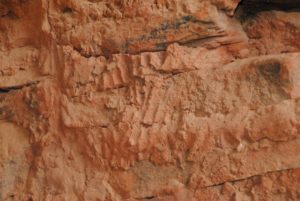 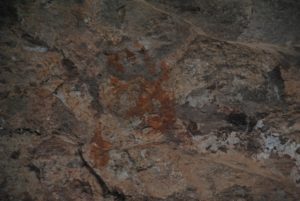 The Arizona “monsoon” season has finally arrived and temperatures have moderated.  Also, with the rains we have had numerous waterfalls in the canyon. 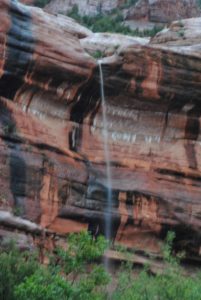 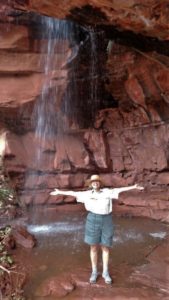 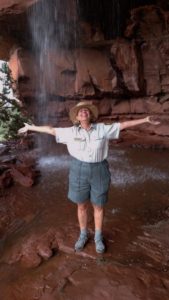 But the canyon seems to be saying goodbye to us, too.  We were treated to a beautiful double rainbow after a recent early evening shower.  And the sunset on the walls of Red Canyon were spectacular. 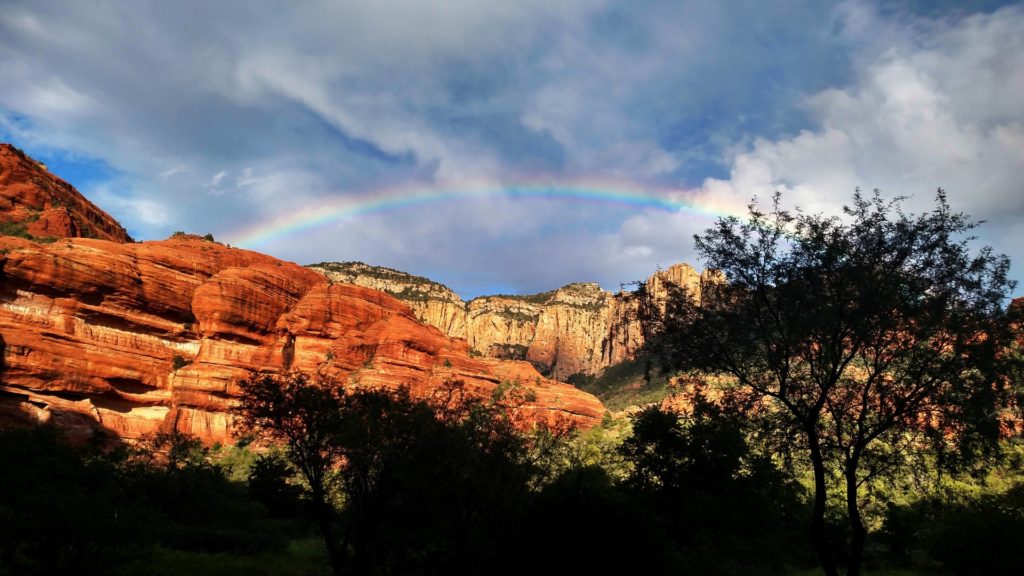 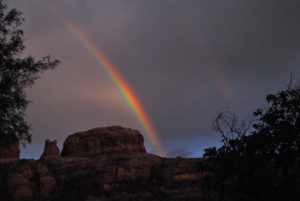 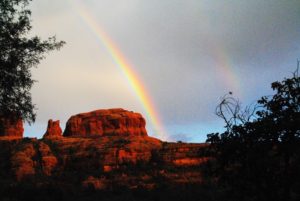 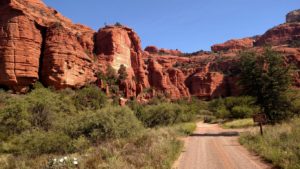 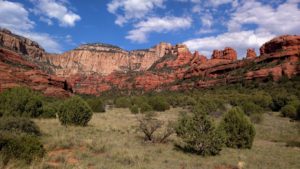 We have been busy getting the truck and trailer ready for travel.  Living four months in one place, it’s amazing how disorganized things can be.  Next Thursday we will pull out and head to Albuquerque, NM, for some sightseeing as we head to southern New Mexico and Bosque del Apache.