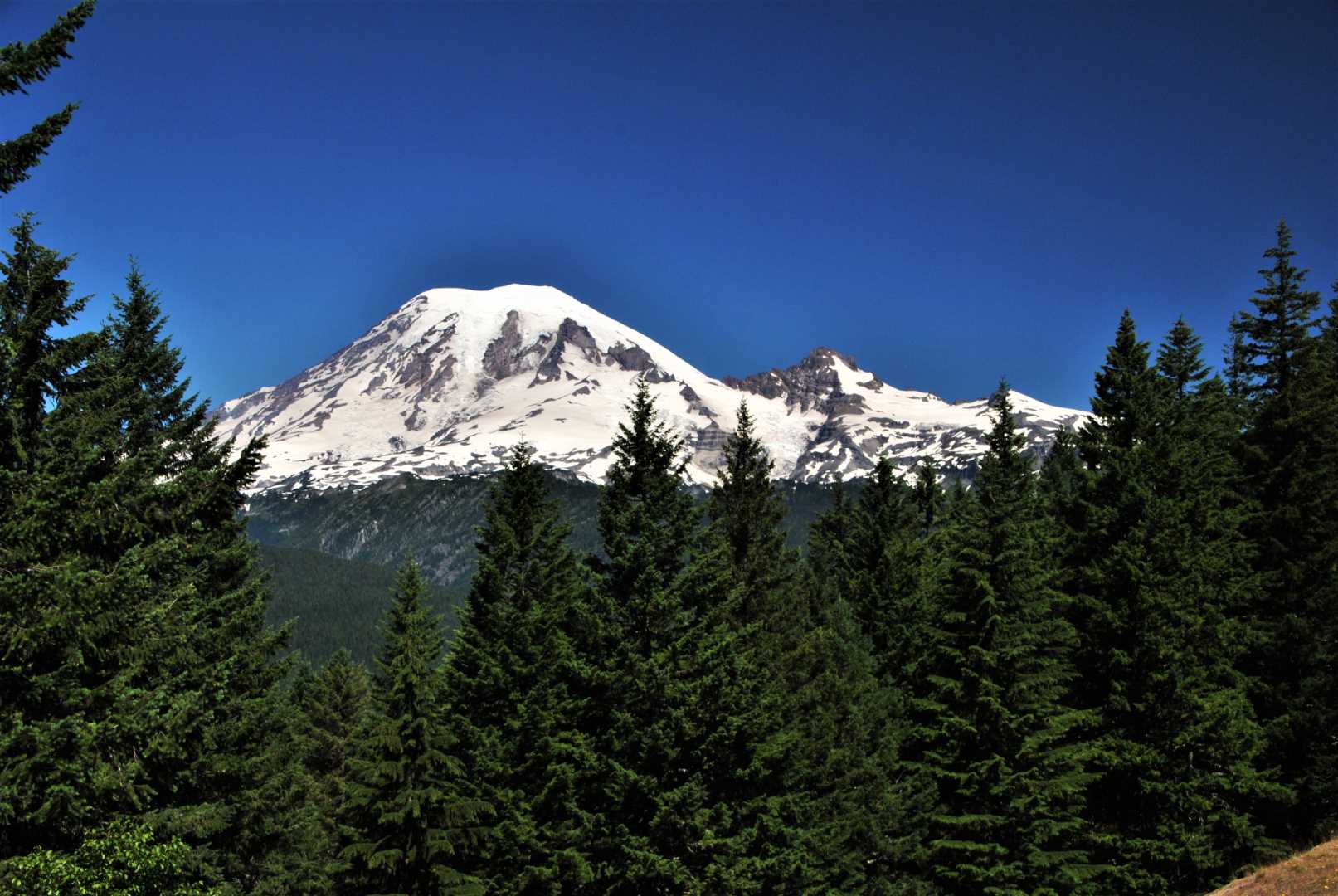 After leaving Jasper we made our way to northern Washington State, about an hour north of Seattle.  This was our jumping off point to visit the San Juan Islands.  We were amazed at how much agriculture occurs on the islands, but not amazed at the beautiful waterfront and cute town of Friday’s Harbor:

We visited the English Camp on San Juan Island.  These islands were disputed territory between the American and English governments from the Anglo-American agreement in 1818  until final arbitration by Kaiser Wilhelm I granted ownership to the Americans in 1872.   The two sides nearly came to war in what is known as “The Pig War”.

We also visited Lime Kiln State Park, reputed to be a good place to see Orca Whales.  Didn’t see any whales, but did see several Black Oystercatchers, dolphins playing off the coast, and beautiful scenery.

Another day we drove the North Cascades Highway from Sedro Wooley to Winthrop.  Beautiful!

Then we moved to south of Seattle to visit Mt. Rainier.  Many wildflowers were in bloom in July!  And there was still lots of snow!

It is amazing how the mountain dominates the landscape for miles around!

A visit to Snoqualmie Falls on a very busy day was a pleasant outing:

One of our trips to the City (Seattle) happened to coincide with a festival in Chinatown:

The Wing Luke Museum of the Asian Pacific American Experience was most interesting.

Another day we visited the “Seattle Center” — where the 1962 Seattle World’s Fair was held.

The Chihuli gardens were fantastic!

Of course, we had to go up in the Space Needle!

Seattle Waterfront Panorama
A surprisingly delightful stop was at the Museum of Pop Culture (MoPop).  Their displays included many original props and costumes from well known movies.  They also had clips of interviews with many of the directors.

Hobbit & Lord of the Rings

Another great day was our visit to the Museum of Flight:

Boeing 787
Another day in Seattle we visited Pioneer Square, the Klondike Gold Rush National Historical Park, Pike Place Market, the Aquarium, and took a boat tour of the harbor.

We started off the morning a brunch of Ivar’s Clam Chowder
Pioneer Square and the Klondike Gold Rush National Historical Park.

Recreated store for provisions for the Klondike journey

The Seattle Aquarium is not large, but has wonderful displays!  And they raise their own coral!

The Harbor Seals were discussing who would get lunch first…

The Sea Otters were so cute as they ate their oysters!

The boat tour and watching container ships being unloaded…