The last couple weeks have been mostly devoted to Doctors and Judith’s arm.  She had surgery to remove eight small bone fragments resulting from the dislocation of her elbow.  Surgery went well and she is now getting physical therapy – and the reports are good.

But you can’t keep us down for long!

Our friends, Roy & Theresa, from Escapee’s Boot Camp are staying in the area and we got together for an adventure — to St. Anthony’s Greek Orthodox Monastery and to Biosphere2.  (Such an unlikely juxtaposition, but they are sort-of along the same route.)

A beautiful setting in the middle of the Arizona desert.  Plantings & gardens & buildings were all meticulously cared for.  The chapels were elegant with gold trim and paintings of revered saints.  Of course, they provided clothing items to enable us to meet the dress requirements – women with long sleeves, long skirt, and head covering; men with long sleeves and long trousers.  We may have found a new fashion statement for Judith! 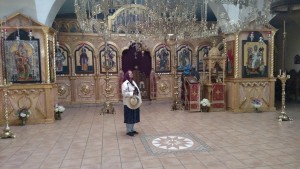 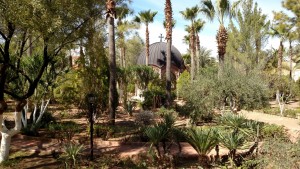 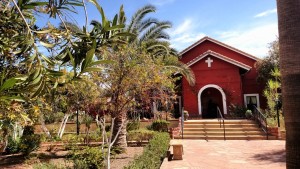 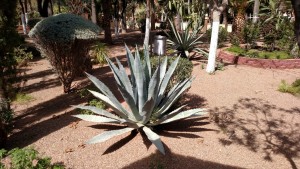 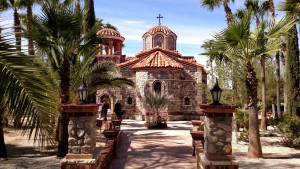 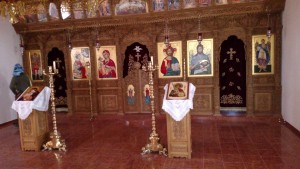 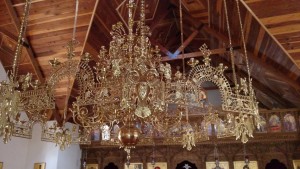 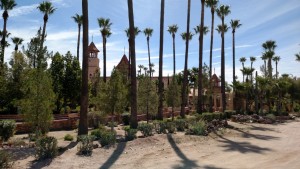 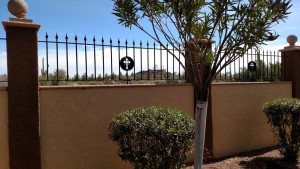 Built in the mid-80’s to simulate human life on a colonized space planet (like Mars), the Biosphere was to be an absolutely sealed and self-contained environment in which eight people would live for two years.  While successful on many fronts and providing massive amounts of new scientific information, the Human Mission had to be terminated early due to extremely low Oxygen levels in their internal atmosphere.  The Law of Unforeseen Consequences (Murphy) reared its ugly head — the large amount of organic matter in the soil generated massive amounts of micro-organisms which consumed massive amounts of Oxygen and gave off Carbon Dioxide; however, the excess Carbon Dioxide was captured into the curing concrete rather than being returned for the plants to utilize in photosynthesis — which would have generated the needed Oxygen.

But the place is still alive with many massive ongoing ecological experiments that could not be performed anywhere else — including a huge “ocean” where they are attempting to re-create a miniature Sea of Cortez to study the interactions of various aspects of sea life.

Absolutely fascinating, especially if you have a little “geeky” streak! 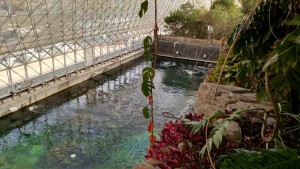 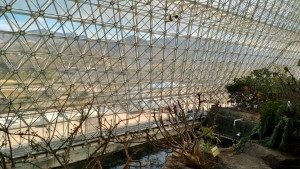 On our return we visited “The Ore House” in Oracle, AZ.  This is an interesting local bar; we had good beer and al fresco dining with a view of the mountains and some fun metal sculptures … now if it were just located on Delphi Street!!! 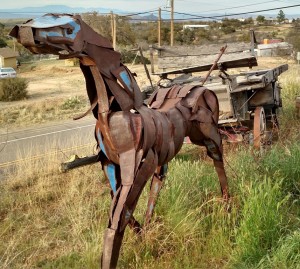 Petroglyphs in the Picachu Mountains

I had downloaded an interesting book:  Hiking Ruins Seldom Seen.   Today we investigated one of the sites — Petroglyphs in the Picachu Mountains.  The drive across dirt roads well into the Arizona desert  was well worth it!  Hundreds of ancient petroglyphs!  Boulder after boulder covered with ancient designs!  Awe inspiring! 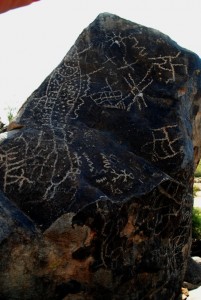 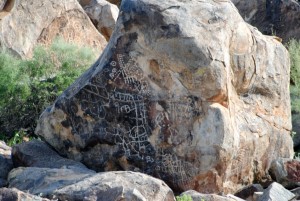 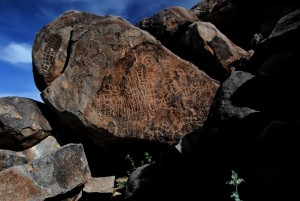 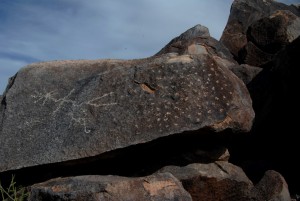 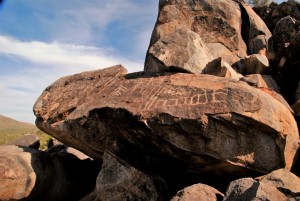 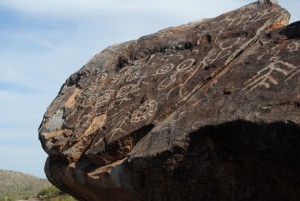 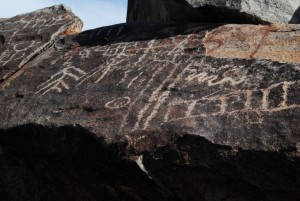