We “suddenly” realized that our time in New Mexico is really short, and that we have to get going if we want to see “everything”!  So we headed toward Santa Fe for another outing.

The town of Santa Fe is another fun town.  It has lots of shopping for those who enjoy that sort of thing.  But It has some beautiful sights as well.

We visited the Cathedral Basilica of St. Francis of Assisi, a beautiful church that opened in 1886. 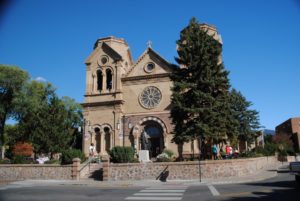 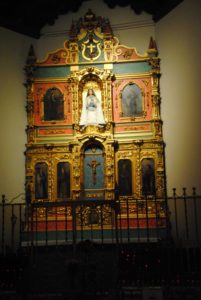 We also visited Loretto Chapel with it’s “magic staircase”.  It makes two complete 360 degree revolutions as it climbs up.  It is constructed without nails.  Originally, it had neither braces nor hand rails.  Imagine climbing those stairs to reach the choir loft! 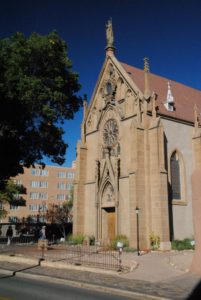 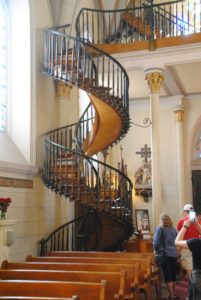 There is fun art & sculptures all over the place. 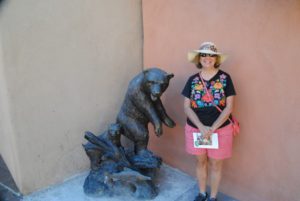 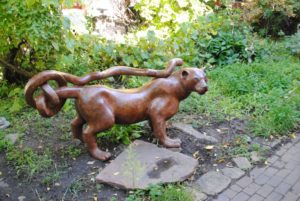 The square was beautiful in its fall colors:

For those of you who remember Judith’s 40th birthday outing: 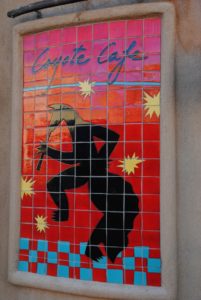 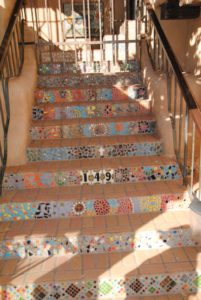 The Ancestral Pueblo People (Anasazi) occupied cliff dwellings and other structures in this high canyon for about 400 years, starting around 1150 AD. 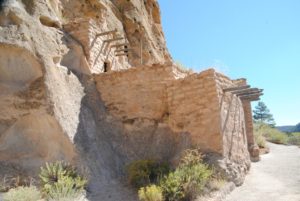 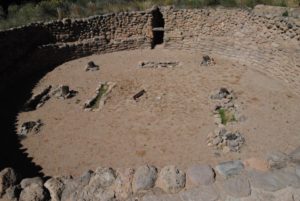 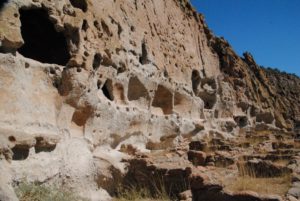 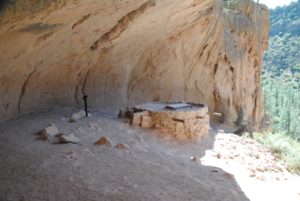 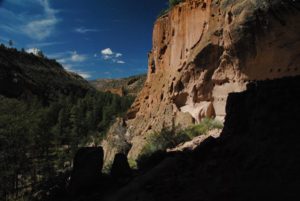 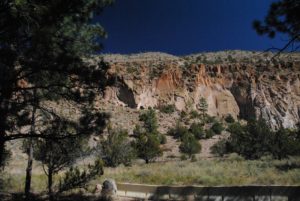 We have hiked in many places and the hiking around Sedona is fantastic, BUT the canyon hike at Tent Rocks National Monument is one of our 2 or 3 most favorite hikes ever!  Here are a dozen pictures from that hike (I took nearly 100!)  I hope you enjoy them as much as we did! 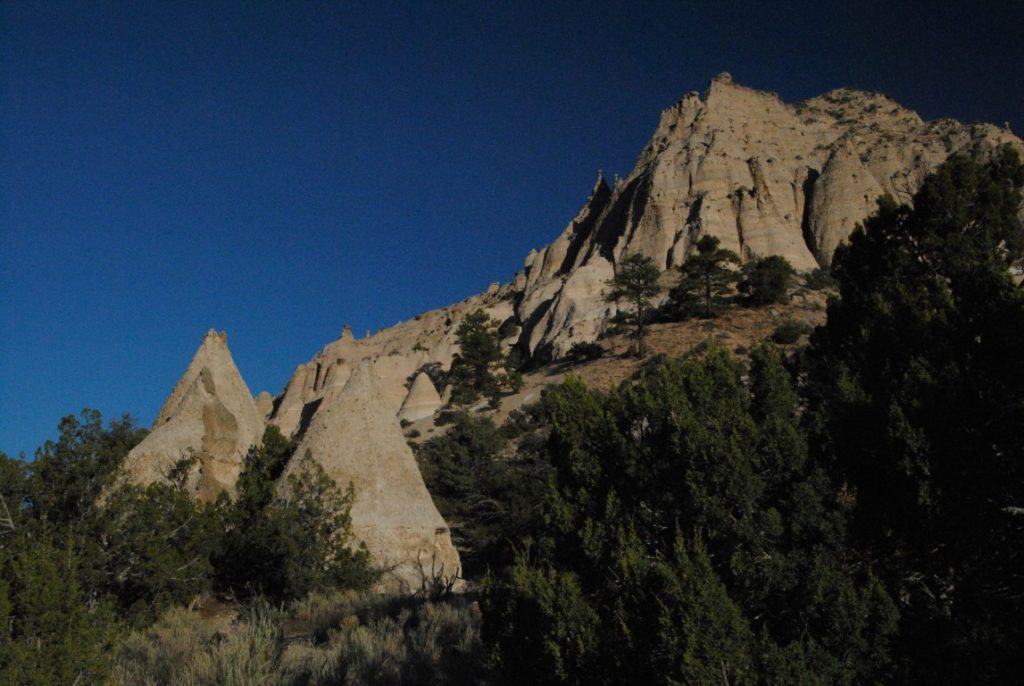 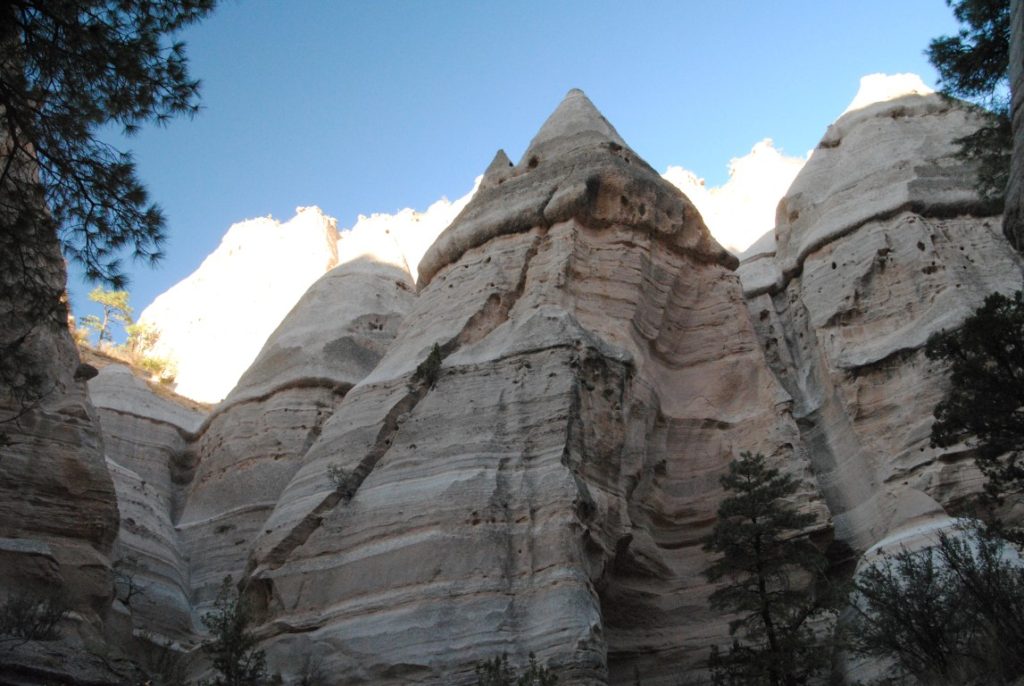 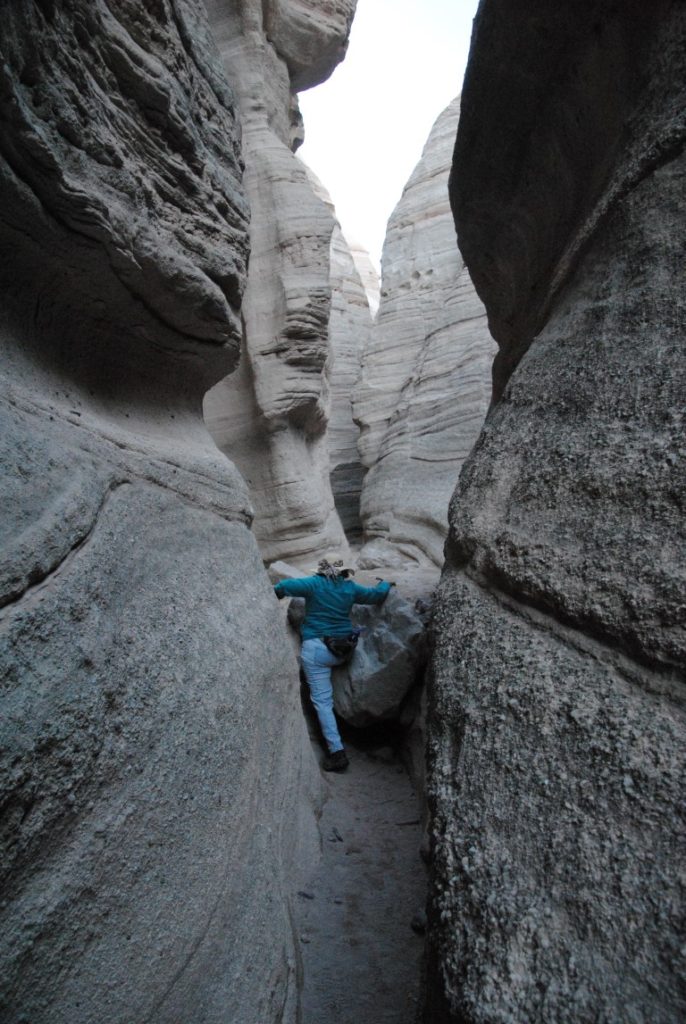 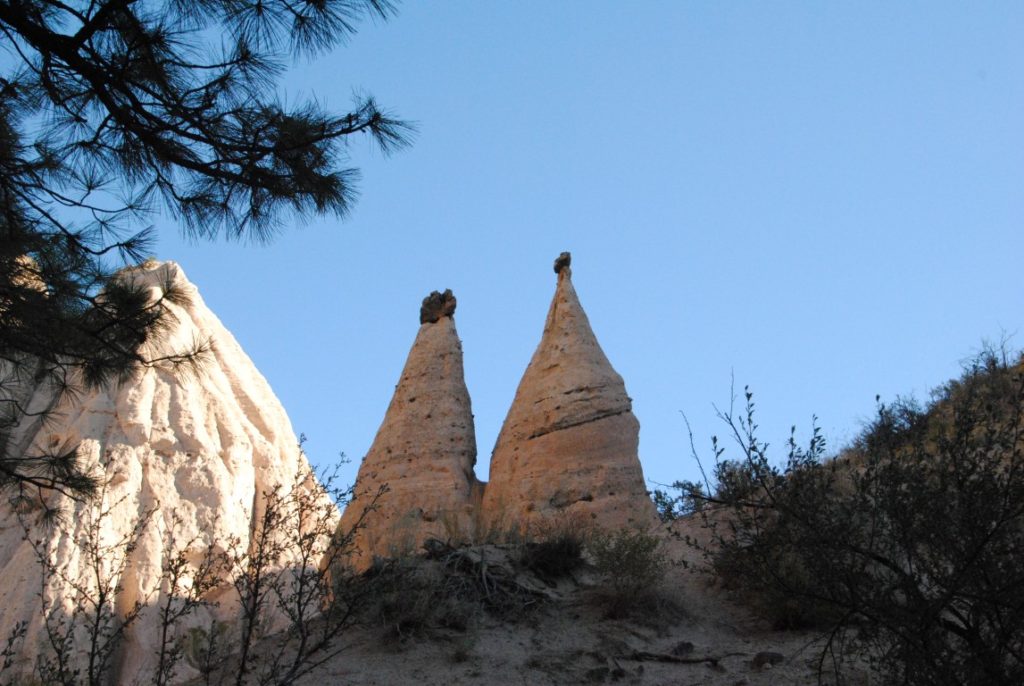 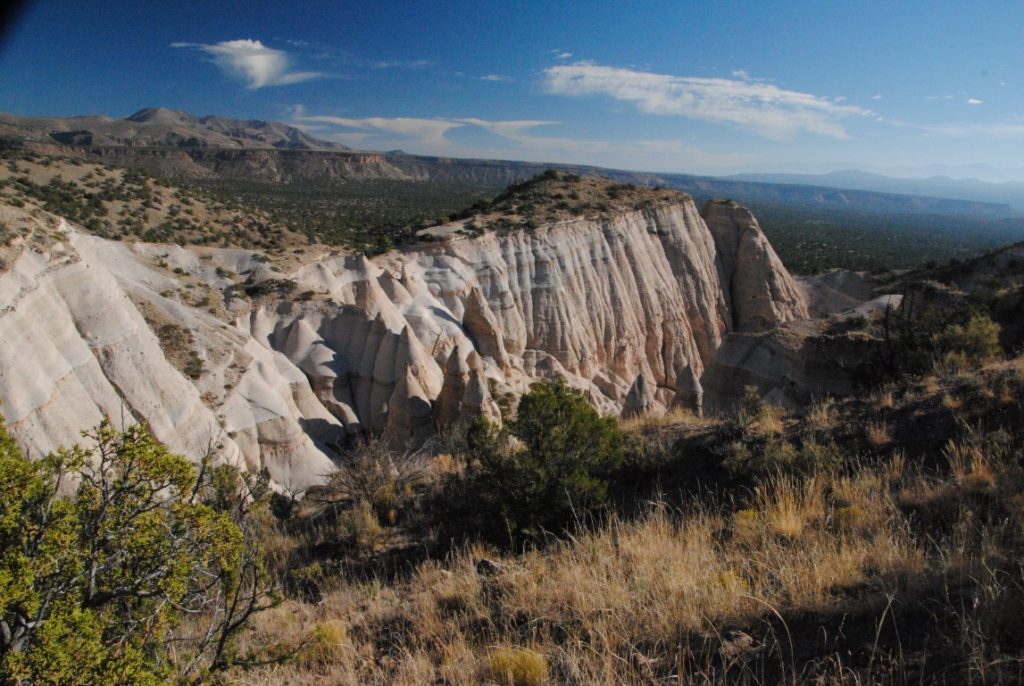 While in the Santa Fe area we stayed at Cochiti Lake – a U.S. Corps of Engineers campground overlooking — you guessed it – Cochiti Lake!  Our friends Bud & Barbara had recommended this campground, and it did not disappoint.  The facilities were top notch and the view was great!   We were able to spend some time with Barbara & Bud – introduce them to “Settlers of Catan” and share a meal together.  A good time was had by all!  (Especially Bud, he won!) 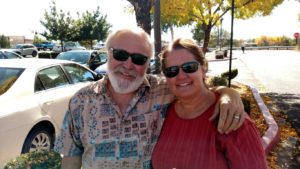 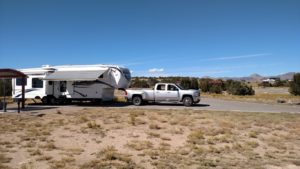 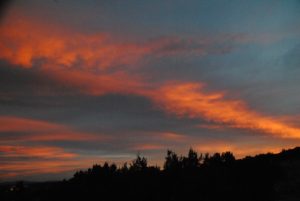 Note:  On any of the pictures, you can click on the image to view the full size picture.