We left Grand Portage on Labor Day, September 4, with several planned stops along the way.

First, a stop in Plymouth, MN, to have dinner with our friend Debbie.

Then on to visit the  Akta Lakota Museum & Cultural Center in Chamberlain, SD.  This provided a beautiful and moving introduction to another Native culture. In our opinion, it is a “must see” if you are in the area. The Lakota (known to white settlers as the Sioux) are one of several native groups who lived on the American Plains and lived a spiritual life centered on the American Bison. The museum sits on the banks of the Missouri River and provides a beautiful, peaceful view of this key river highway. 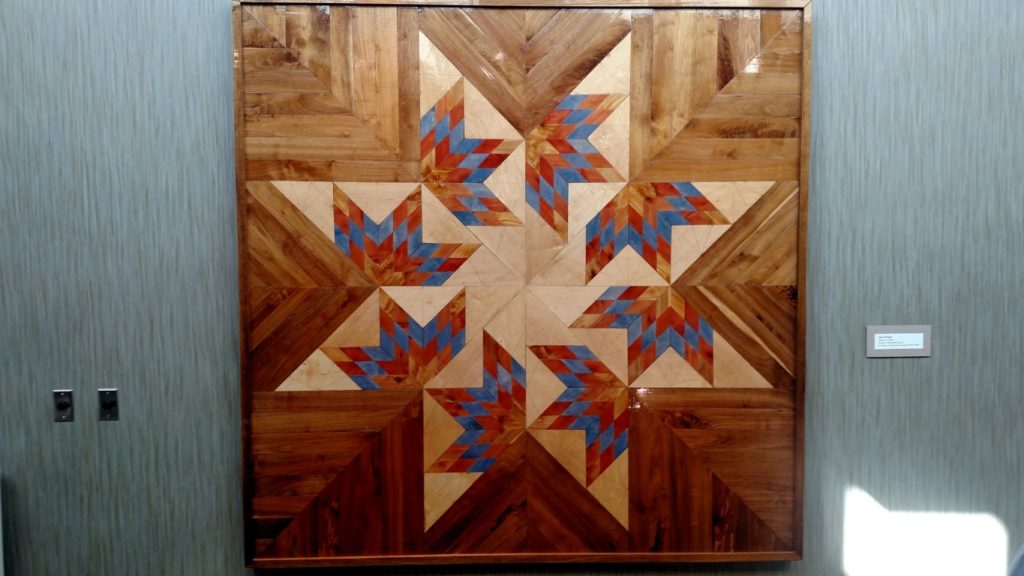 Artifacts and implements — there were many great displays: 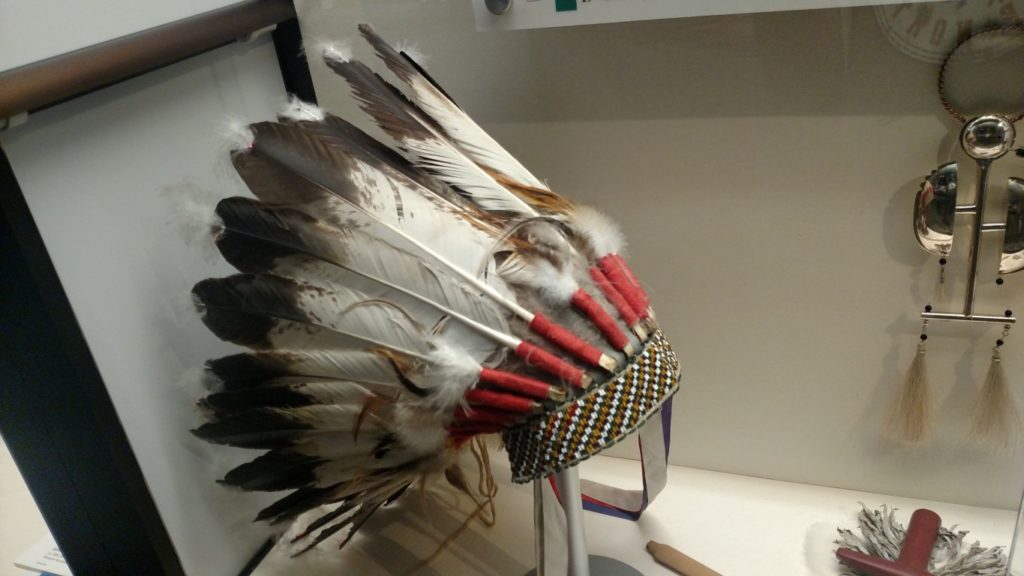 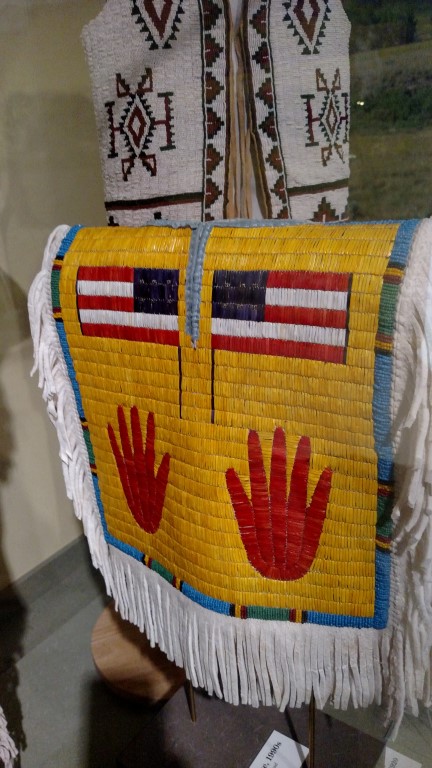 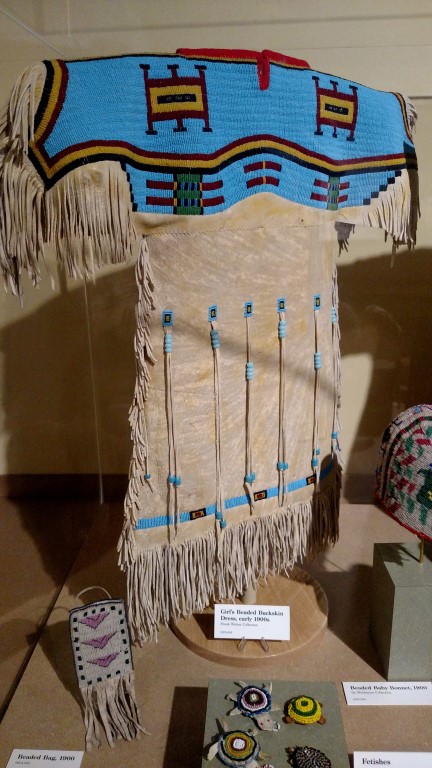 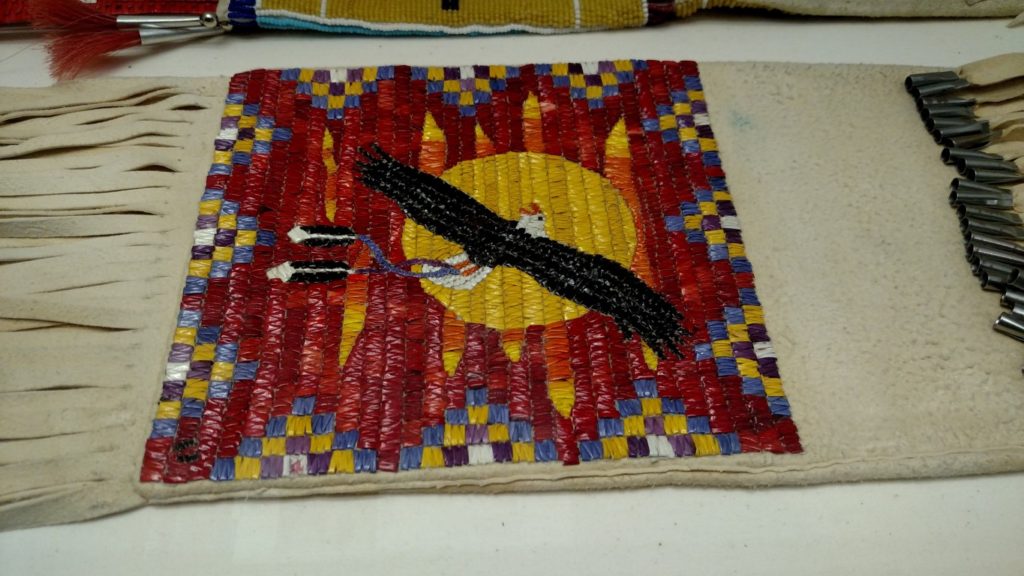 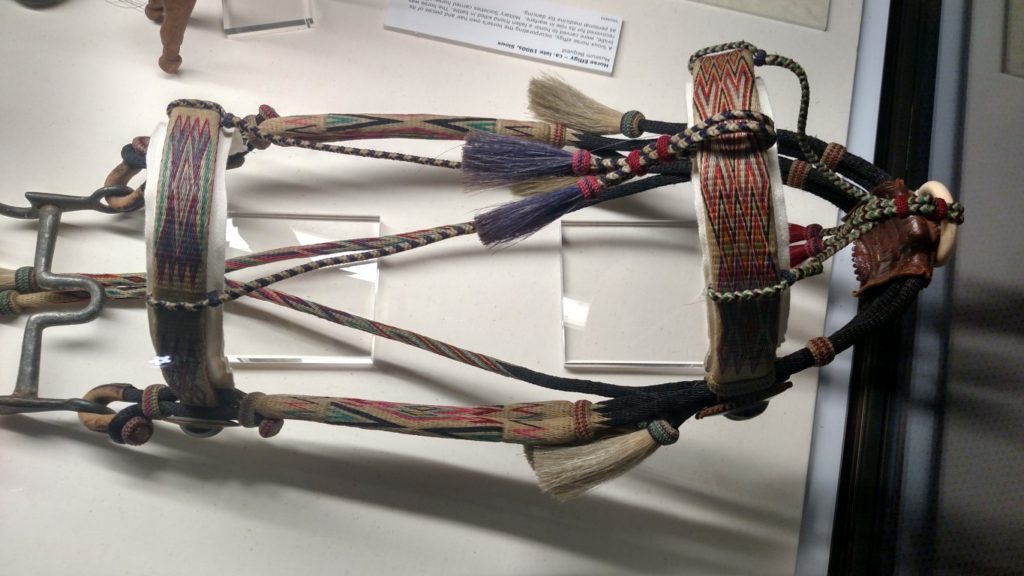 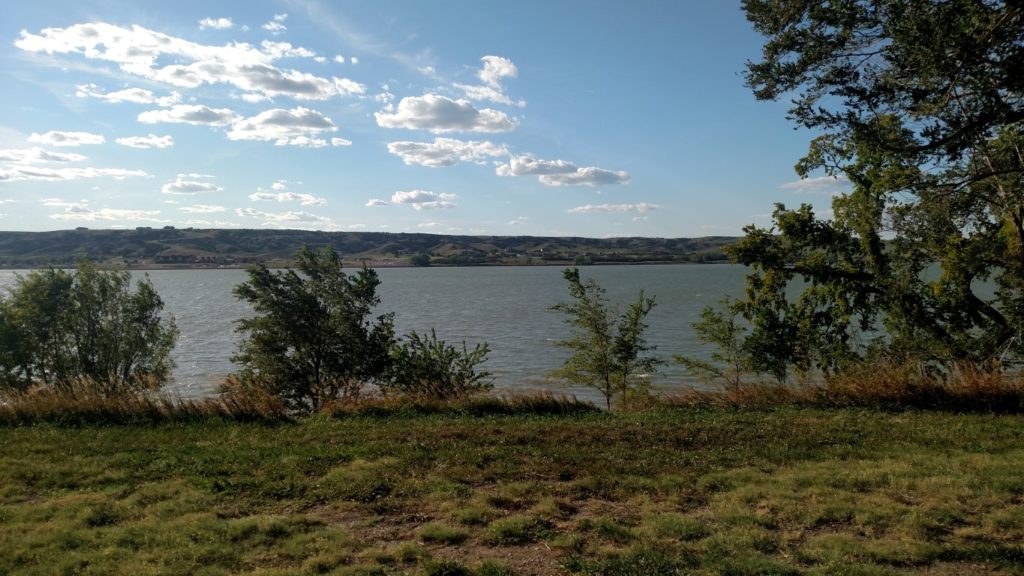 The next day included a stop at the Sertoma Butterfly House in Sioux Falls, SD. You walk among thousands of free-flying butterflies as they feed, fly, and rest. One even landed on Judith for a little while!  There are little asian quail running around on the floor.  They also have a delightful aquarium where you can pet a ray or a shark!   There are links to two short videos also… 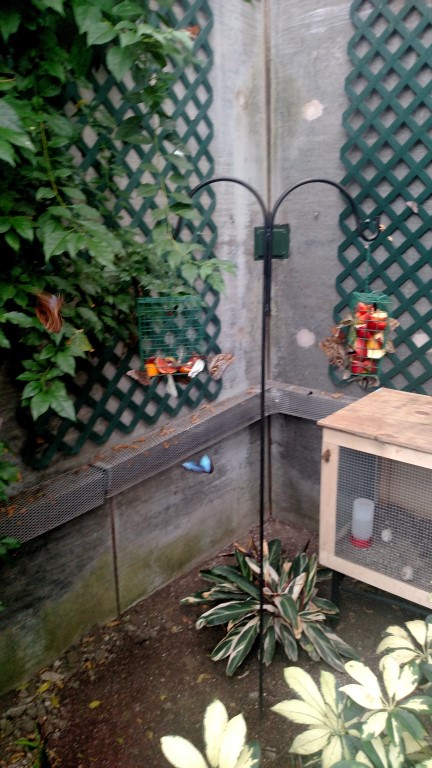 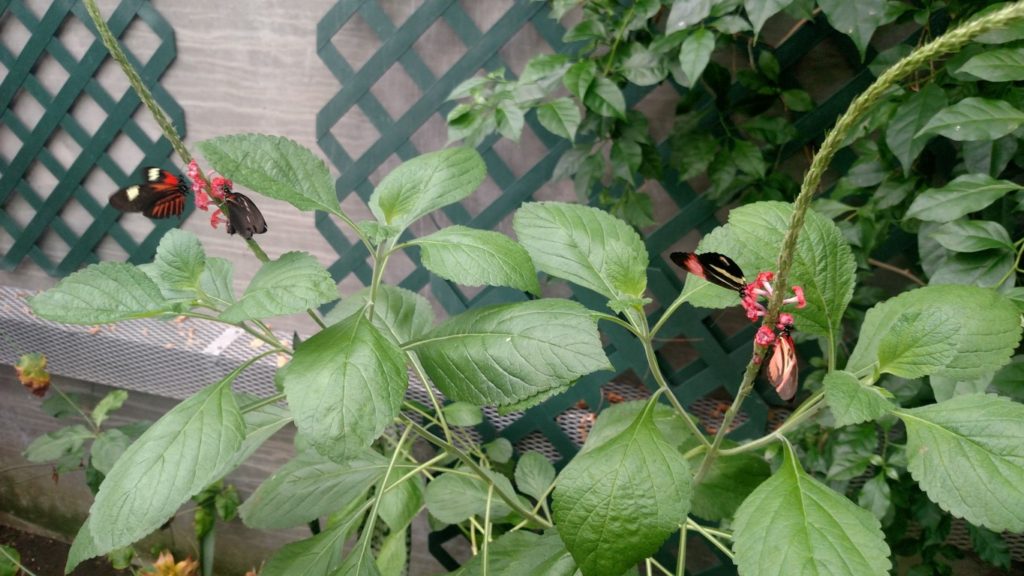 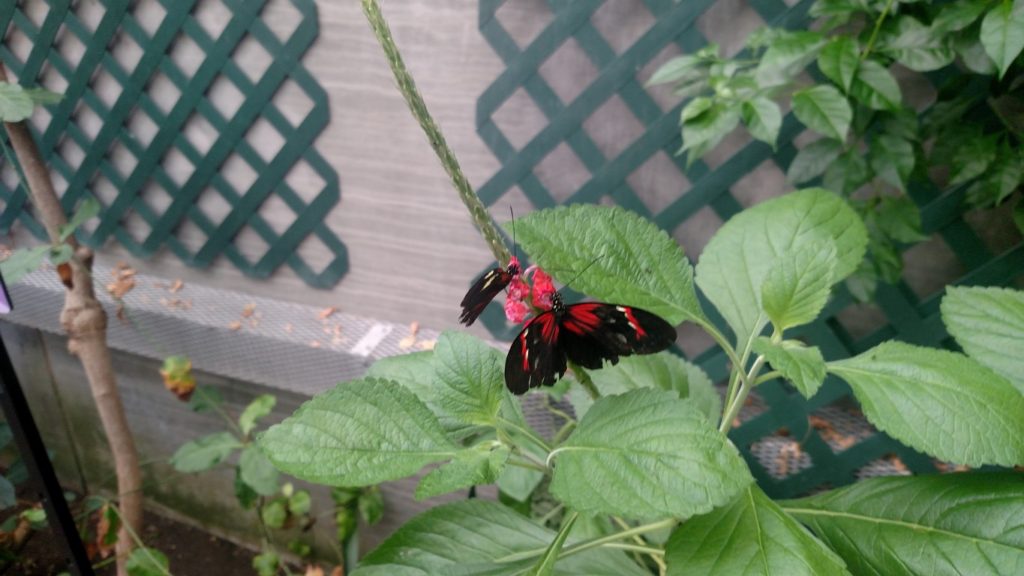 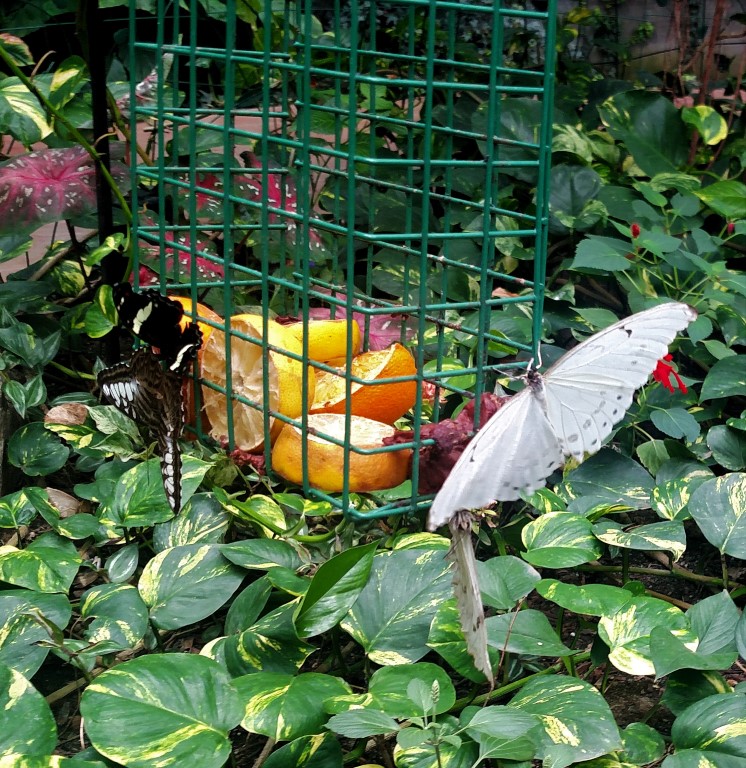 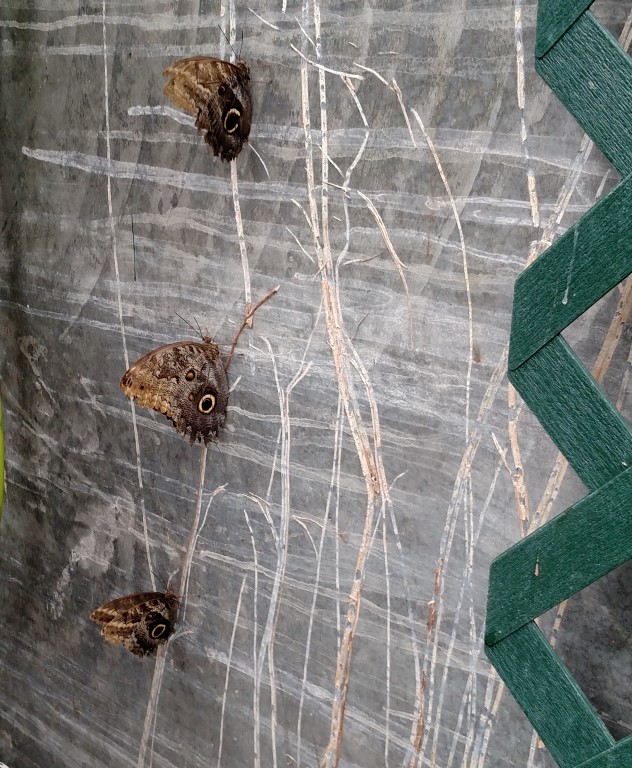 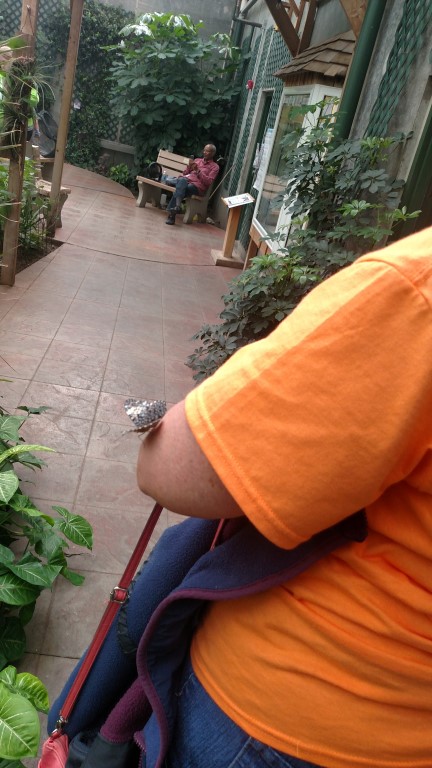 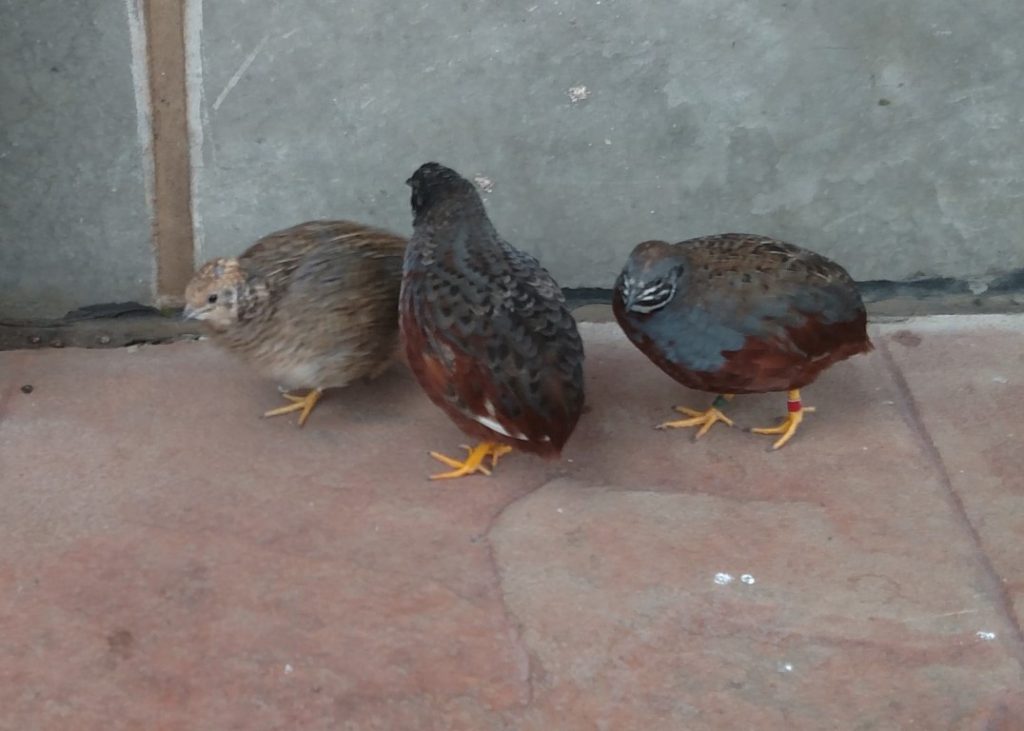 Butterflies flying all around!

One of the beautiful aquariums.

We also visited the Minuteman Missle Historic Site. For those who grew up during the Cold War, this was a clear reminder of those times. For everyone, it provides an alert at how many times accidents nearly started a nuclear disaster. 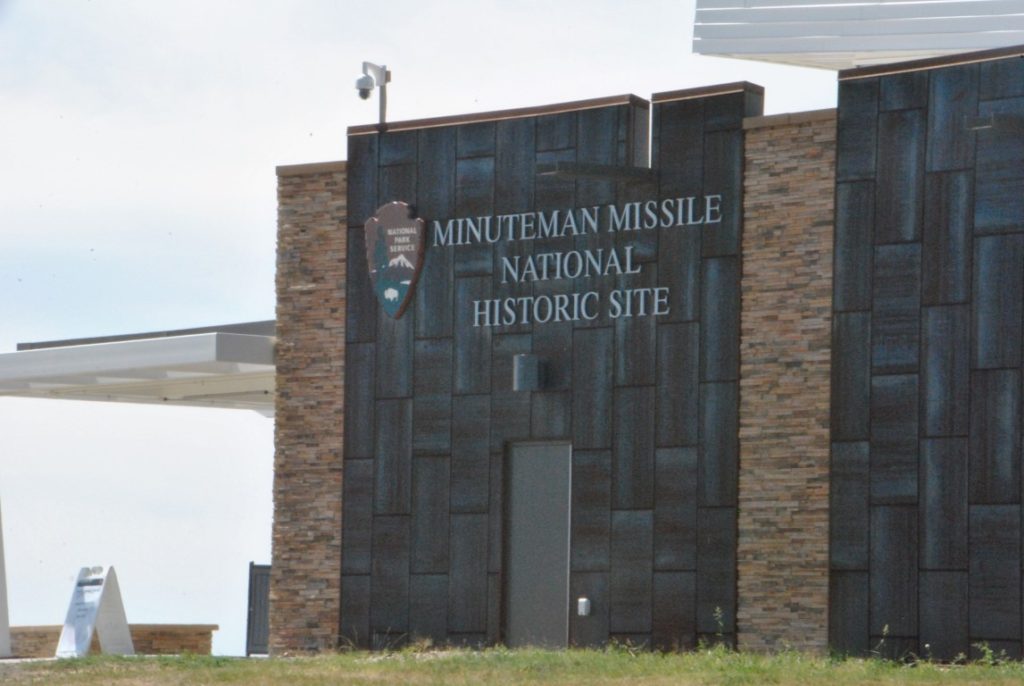 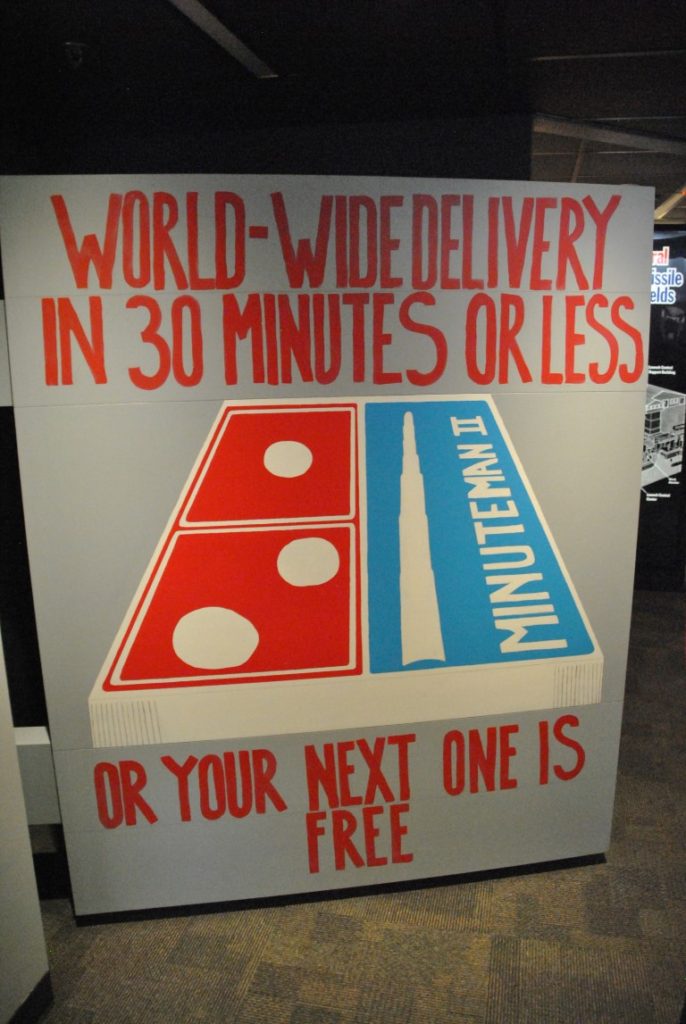 A visit to Wall Drug yielded ice cream for each of us, and a new pair of RED Cowboy Boots for Judith! 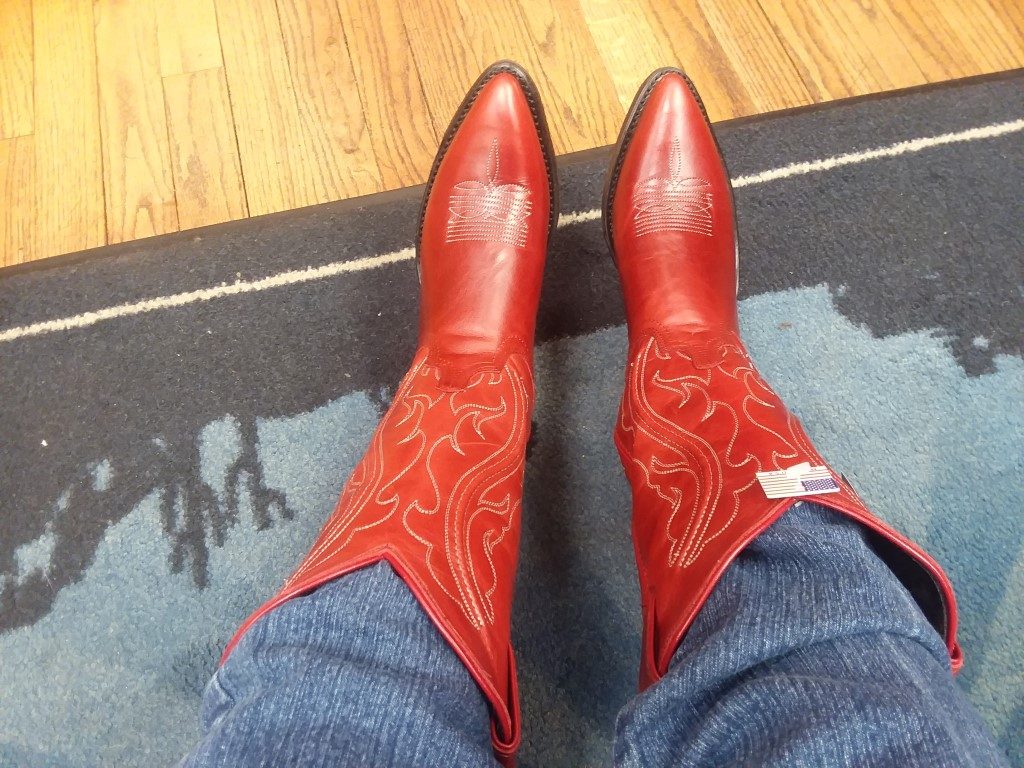 A stop at the Buffalo Gap National Grasslands gave a sweeping view of this prairie — and a taste of what this area may have been like before the settlers arrived.

Badlands N.P. provided stunning and tortured views of this area — almost like a cross between Bryce Canyon and Tent Rocks!  We did see Pronghorn, Bighorn Sheep, and Bison as we drove through the park! 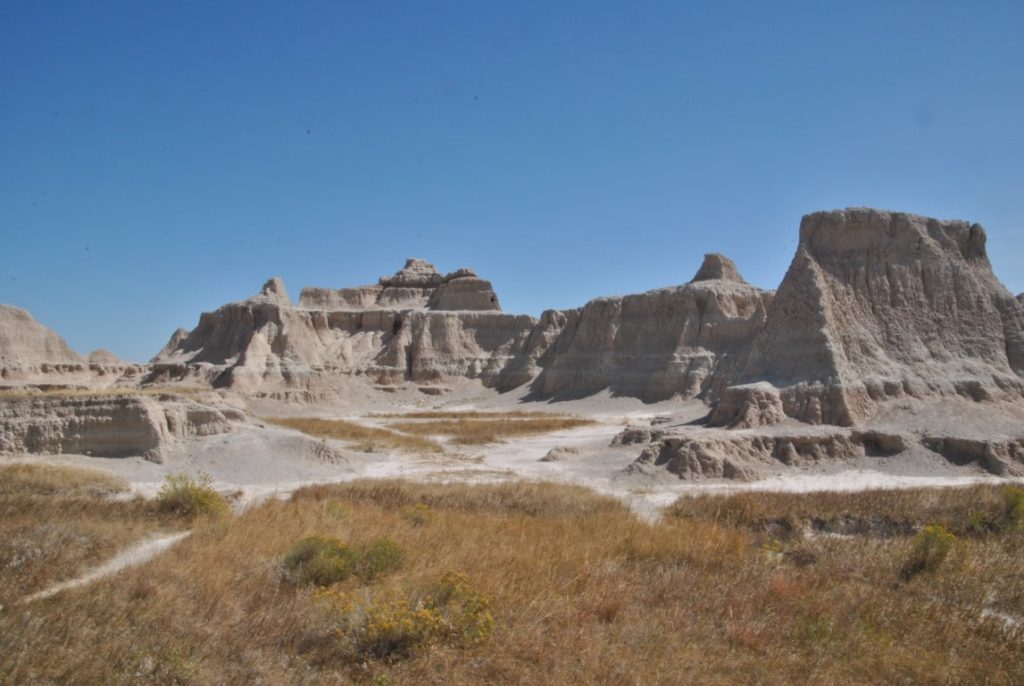 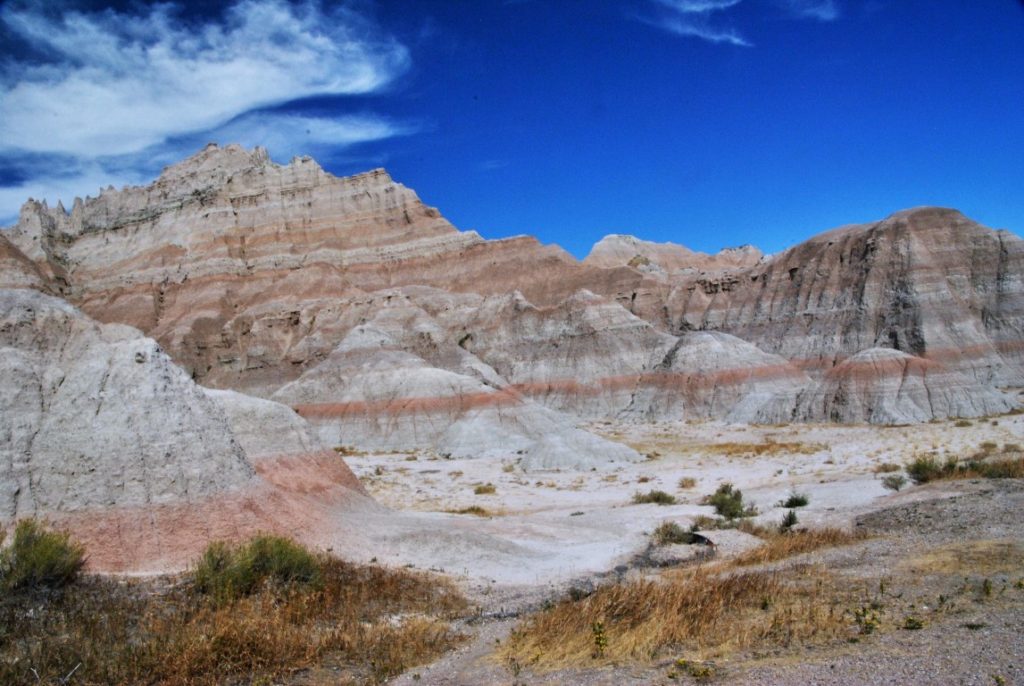 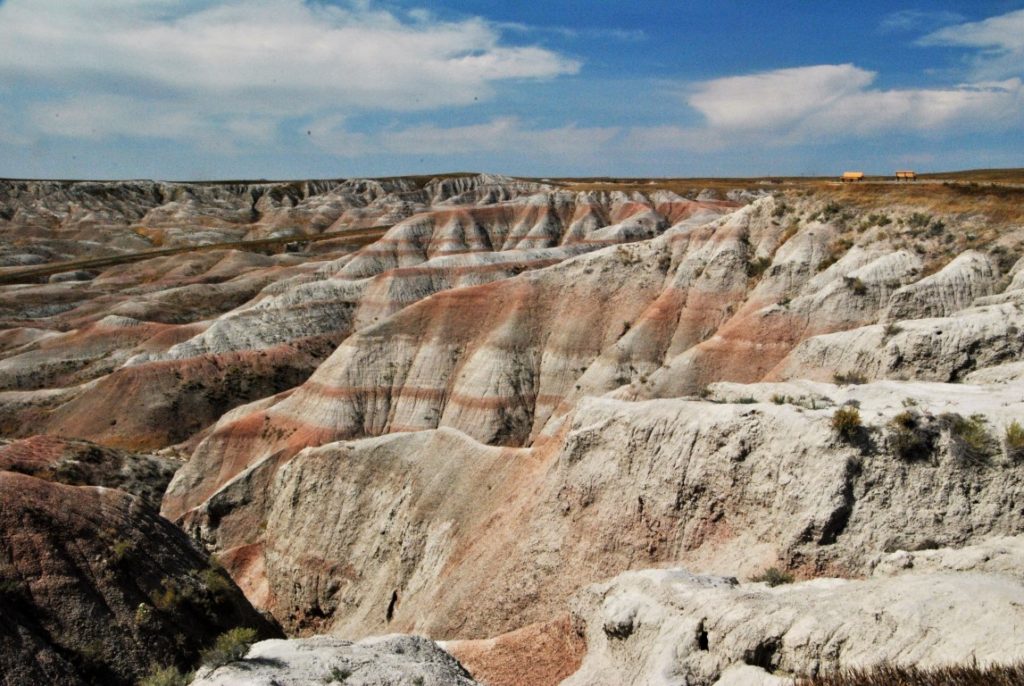 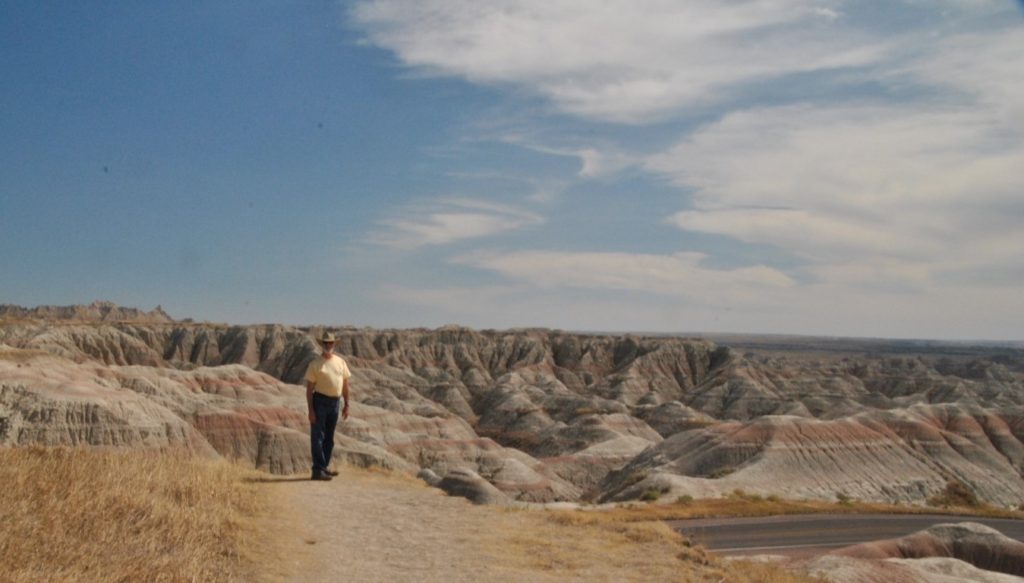 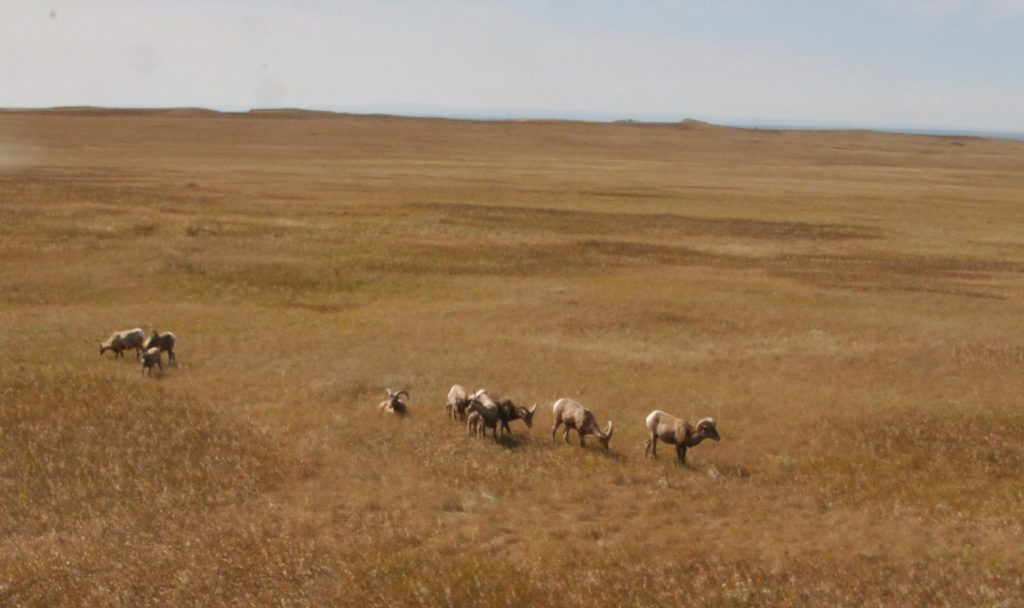 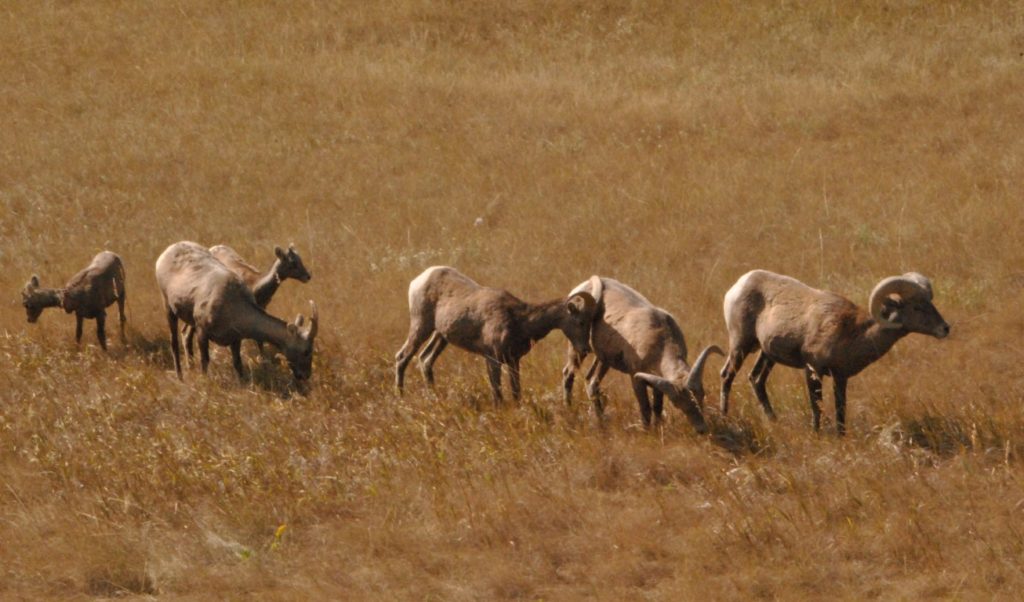 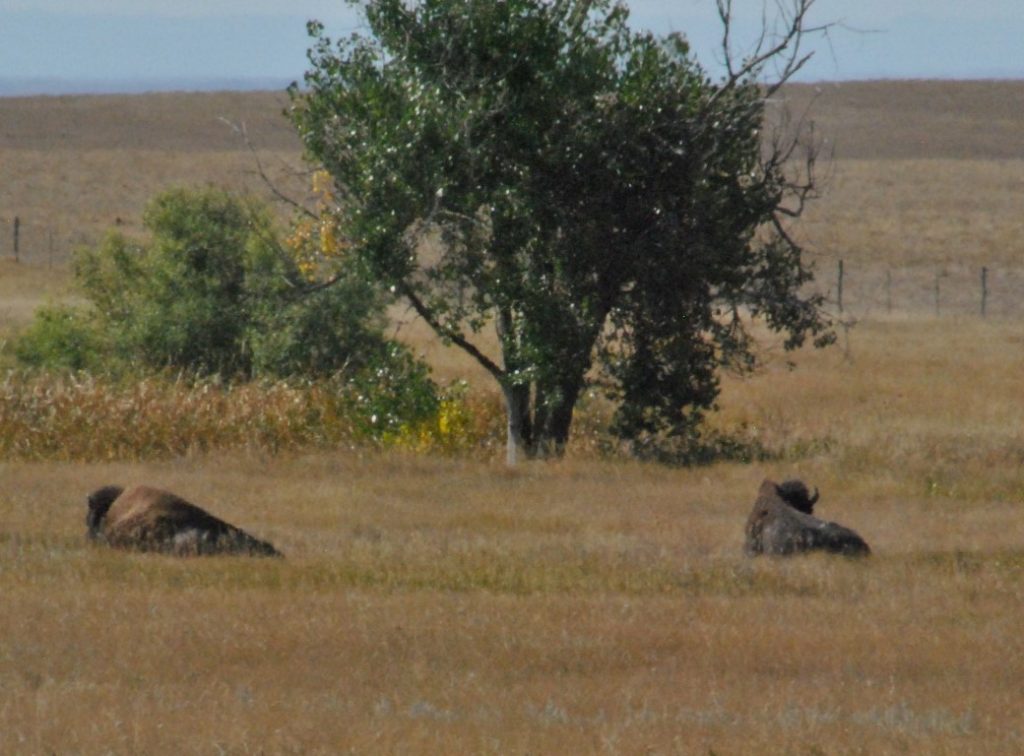 Sorry this post has been so large, but we were having so much fun and we got behind!