When we first began traveling and volunteering, Judith & I agreed that we wanted to experience new places and learn new things… so we would not return to places we had previously volunteered.  We volunteered at Bosque del Apache (BdA) National Wildlife Refuge (NWR) in September 2016.  Then we volunteered at BdA in the spring of 2018 – but that wasn’t really breaking the rule, the birds were all different (no cranes and snow geese, etc.), it was just bending it a little.  Well, we are back for the fall of 2019, the rule is broken, and it feels like we have come home!  We love this place.

Of course the Sandhill Cranes and Snow Geese do not arrive until late October, as I write this the first of these have recently been seen but the awe inspiring numbers will arrive later.  But there is still much to see on the refuge.

Raptors like this Juvenile Cooper’s Hawk, the American Kestrel, Northern Harrier, Sharp Shinned Hawk, Red Tail Hawk, even a Peregrine Falcon, can be seen across the refuge hunting for prey. 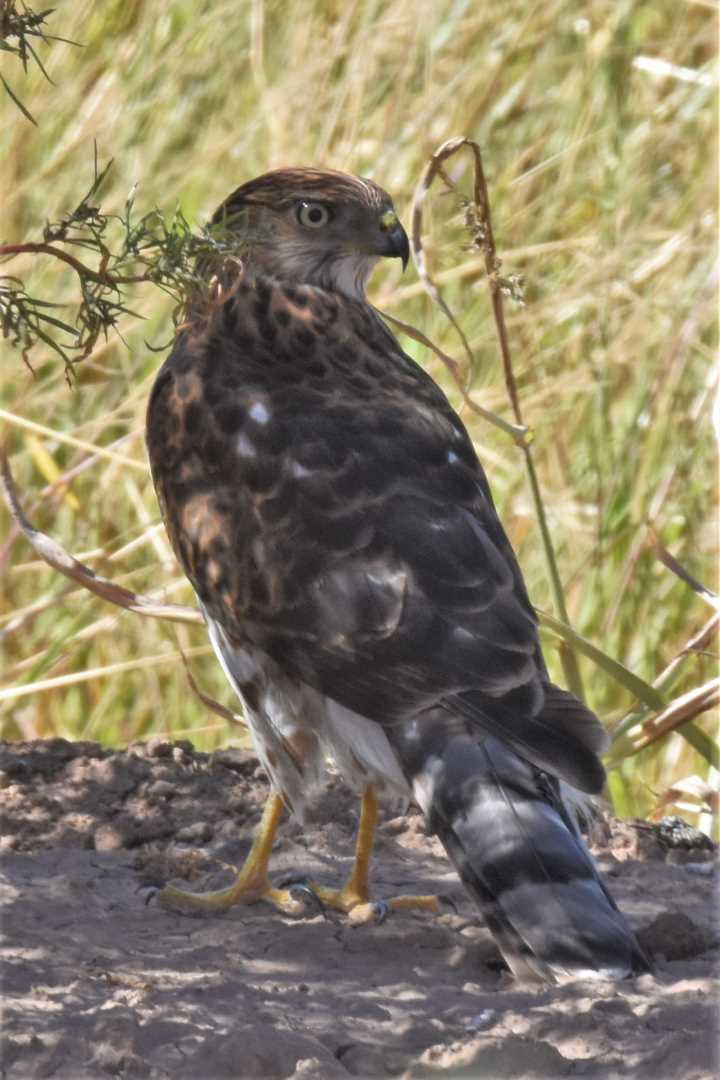 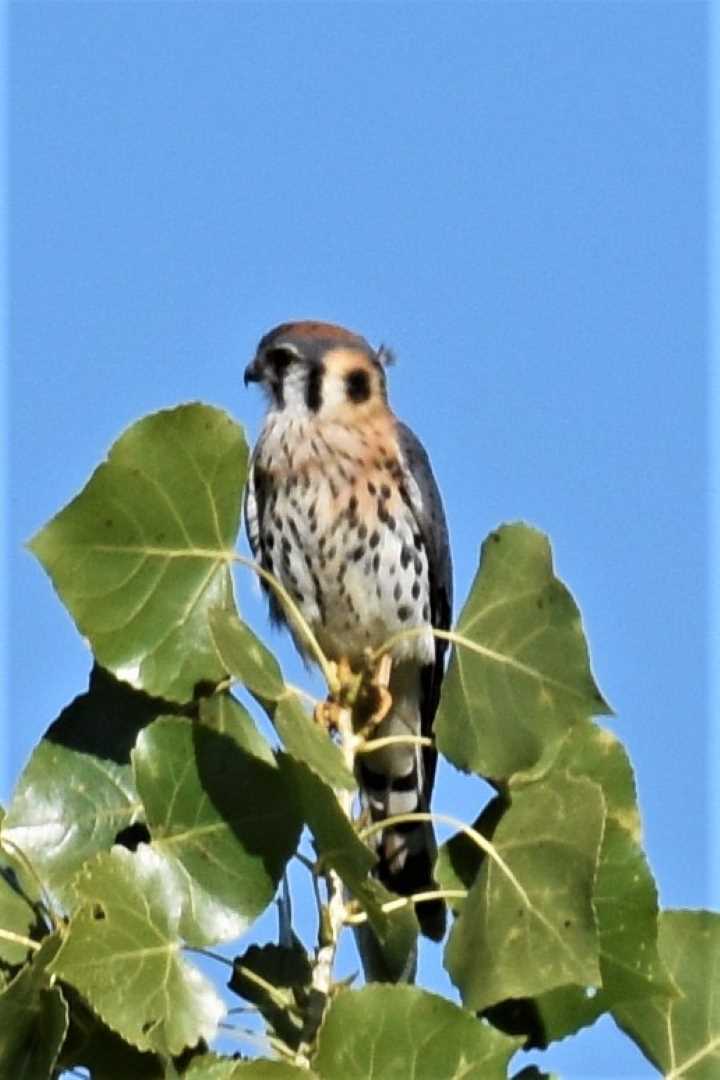 There are many Javelina on the refuge (properly known as the Collared Peccary) and Coyotes.  It is also not uncommon to see a Bobcat, and an occasional Mountain Lion is also seen.  Oh, and Judith met a Diamondback Rattlesnake!

Of course, there are the birds!  While not uncommon, the Great Blue Heron is such a beautiful bird! 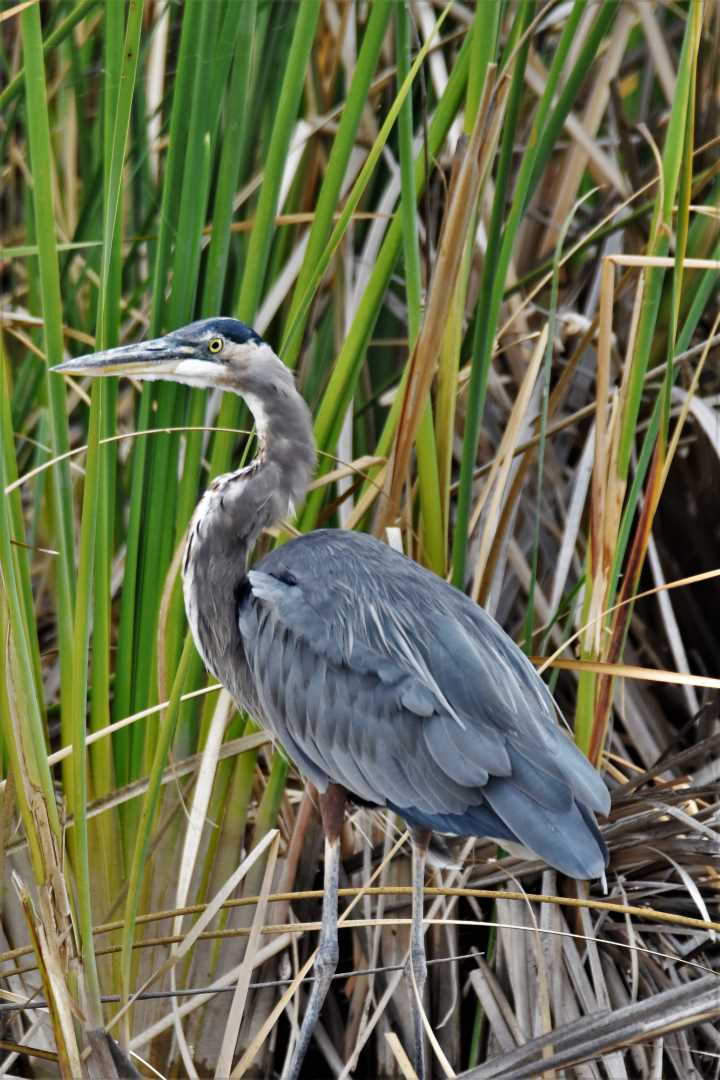 Of course, there are many different kinds of sparrows on the Refuge … if you have the patience to sort them out!

There have also been many different Flycatchers as well as many other birds. 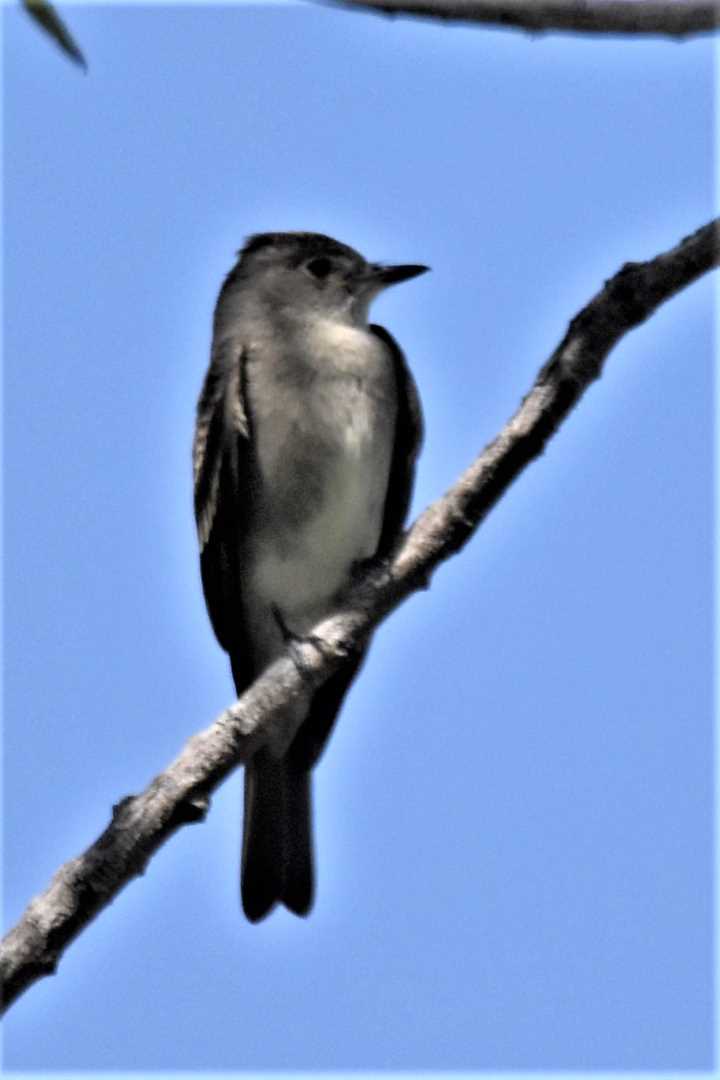 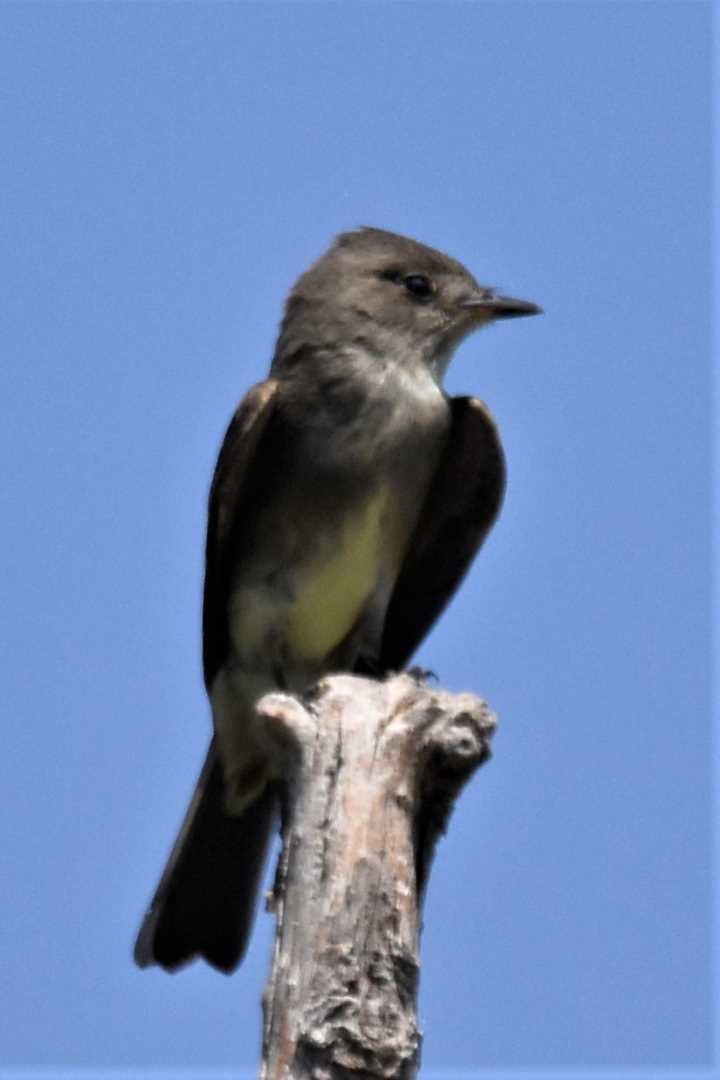 And all of the other wading and water birds. 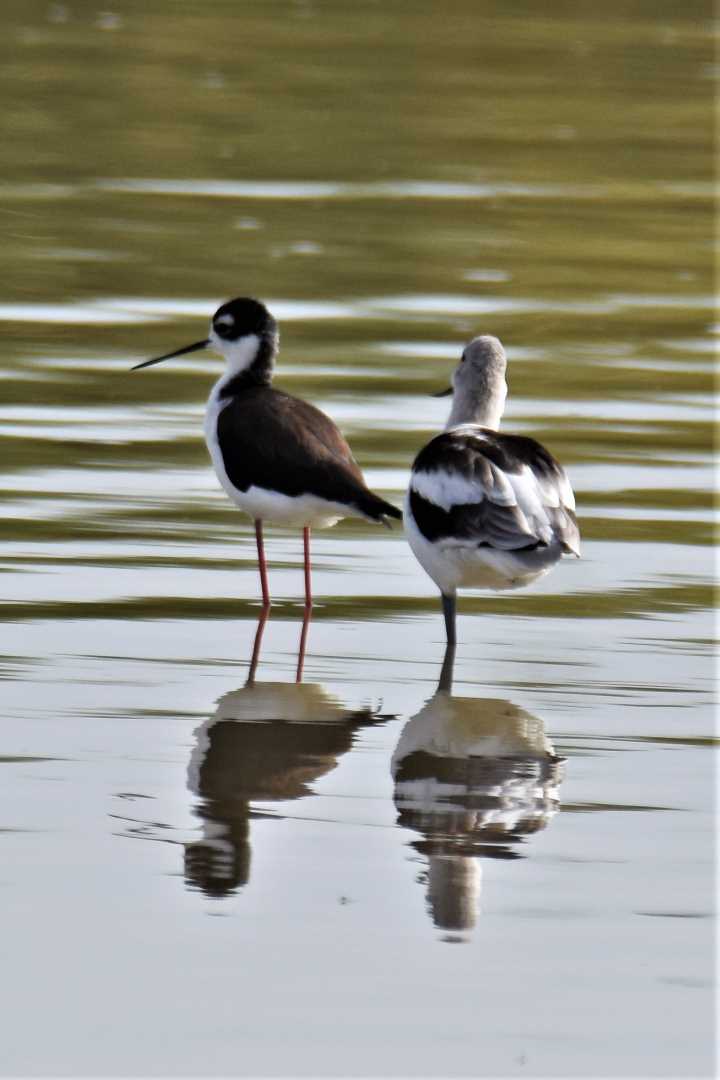 Shortly after we arrived in New Mexico, we were able to link up with Judith’s nephew, Beau, and his girlfriend, Lucy. 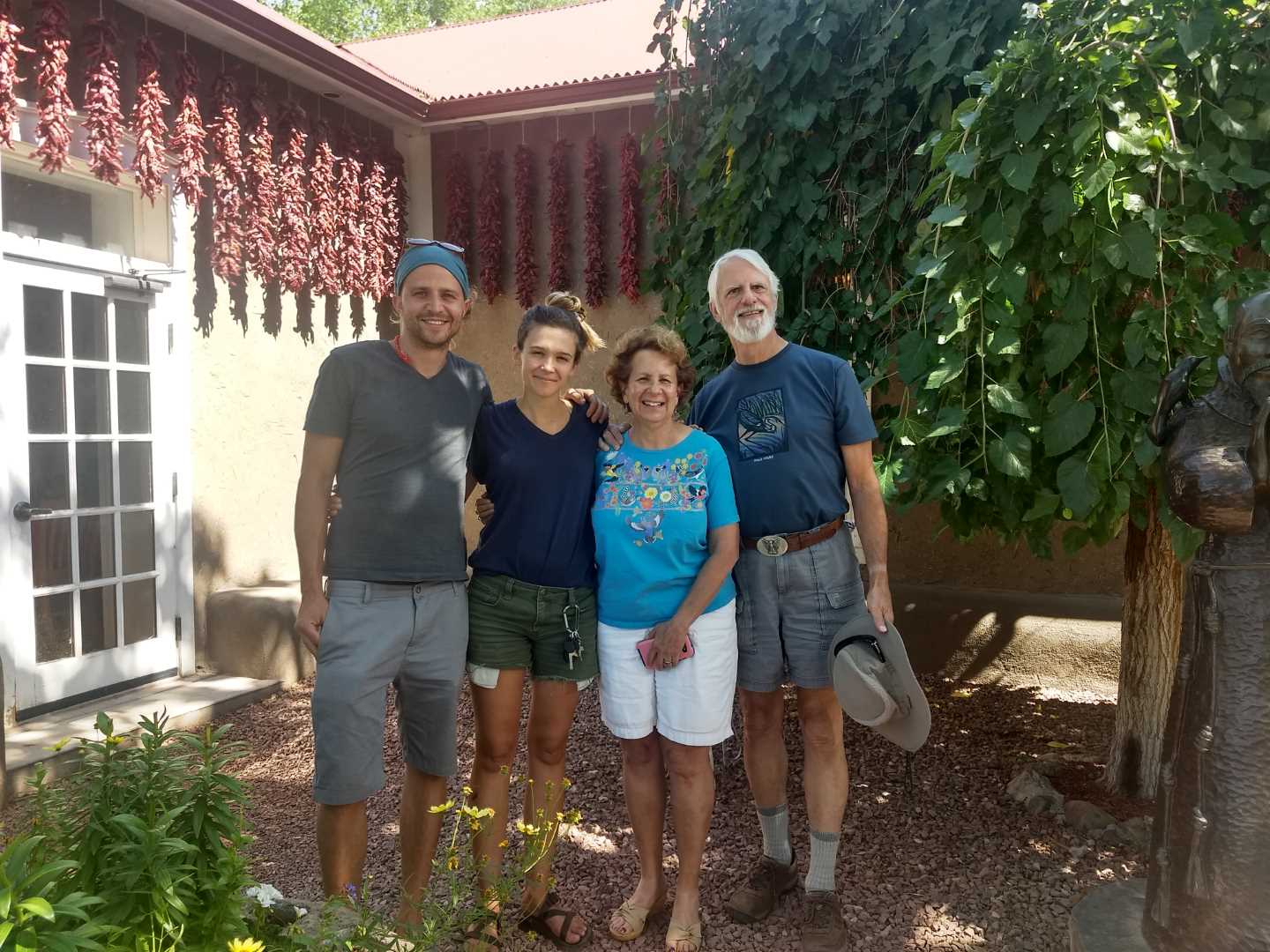 My daughter, Nikki, joined us for the Albuquerque Balloon Fiesta.  It was great to see her, play some Dominion, and share the event!  The weather was not perfect for ballooning, but we volunteered with Brian and his crew, helped to launch several balloons, and learned a great deal about ballooning.

I even got to go up in a balloon!  Thanks, Brian!

Here is a link to a video Nikki took of my ride:  Click Here

We visited the Indian Pueblo Cultural Center in Albuquerque.  It is an amazing place with a powerful story!  There were artisans and Hopi dancers!

We also made an excursion to Santa Fe with Nikki where we visited the Loretto Chapel, did some shopping at the open air Indian Market in front of the Palace of Governors, and visited the Georgia O’Keeffe Museum.

Bosque del Apache is such a beautiful place, any time of the year!

The cranes and snow geese are beginning to arrive, so stay tuned!