Debbie, one of Judith’s oldest friends (or should I say longest-term friends?) came up to Grand Portage from Minneapolis.  She was a good sport when the air mattress leaked all of the air out so she awoke before morning sleeping on the floor (literally!)

We had a grand time!  Her visit provided the perfect excuse for Judith to visit a Canadian Amethyst mine.  (I had promised her a visit at the beginning of the season, so it was “about time”!)  The proprietors dig the vein and spread the rocks on the ground so you can really just pick up the amethyst pieces you like.  Judith found a 10# rock with a lovely vein of quartz and amethyst.  I found several small pieces that were beautiful too.  Debbie, in addition to her rocks and stones, found a delightful Amethyst Man – and met the creator of the piece! 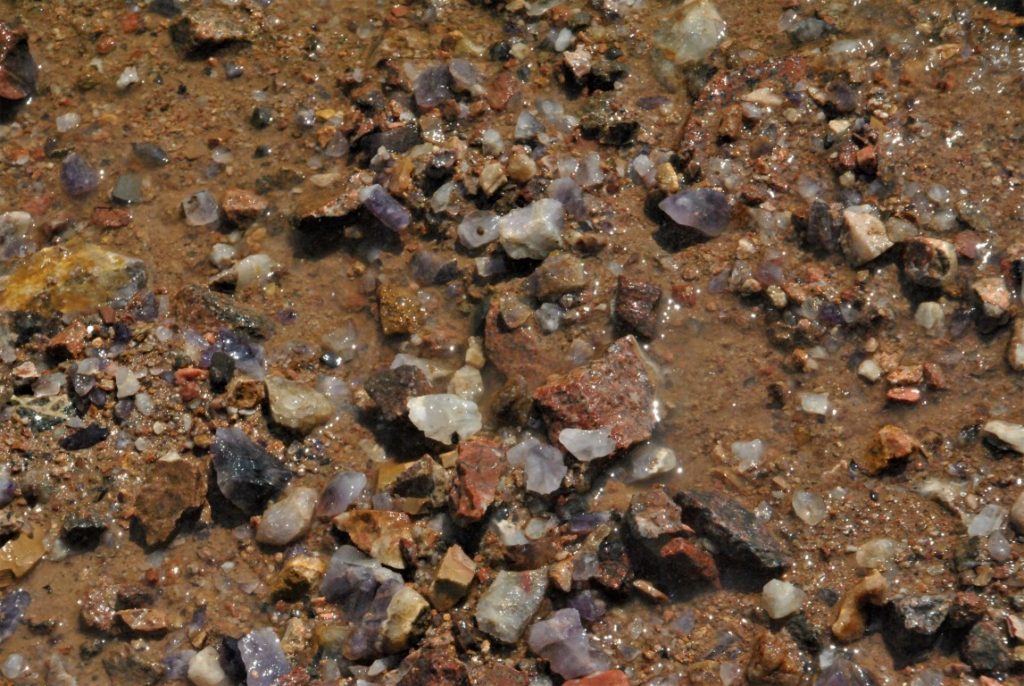 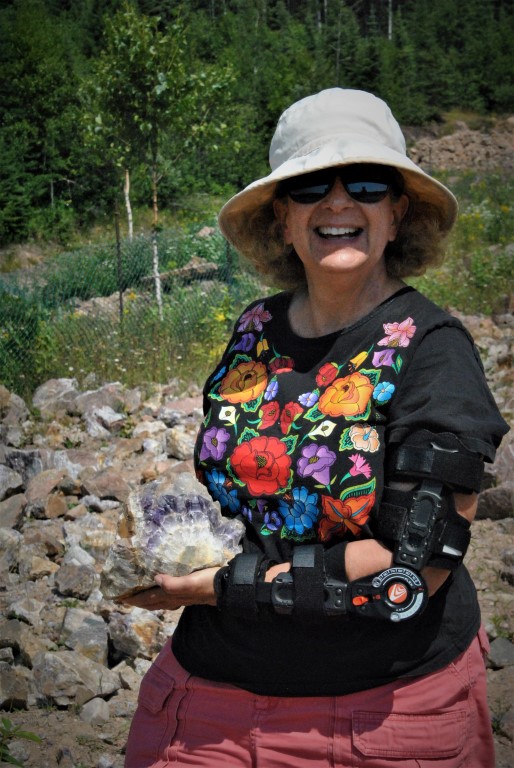 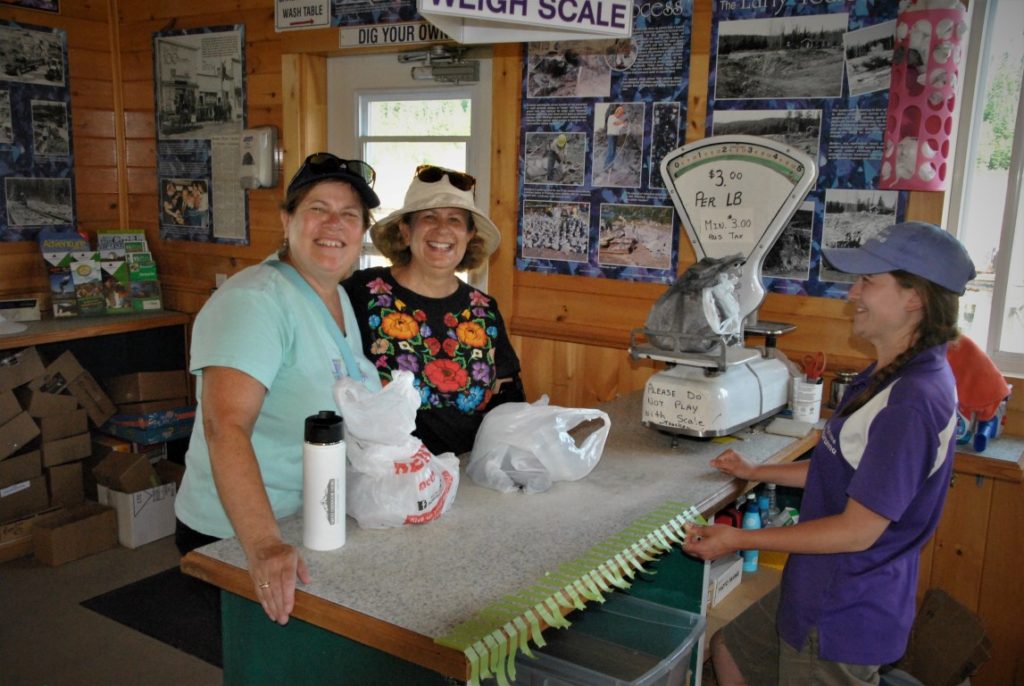 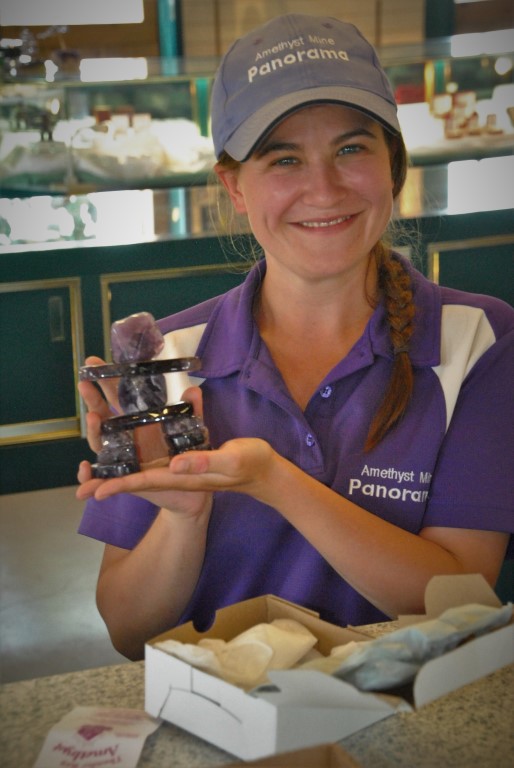 As we returned, one of the ladies had seen on Trip Advisor a place where we “needed” to eat — the Persian Man.  They specialized in a doughnut-like pastry called a “persian”  — go figure! 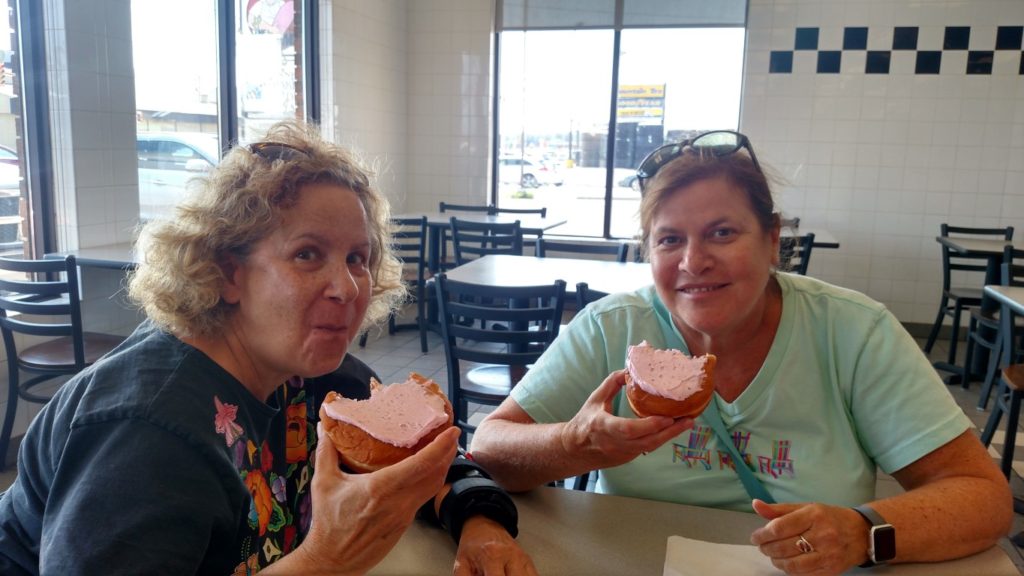 While in Thunder Bay, we purchased a new inflatable bed!  Returning from Thunder Bay, we visited Kakabeka Falls… a lovely sight!  And the gorge below the falls was pretty also. 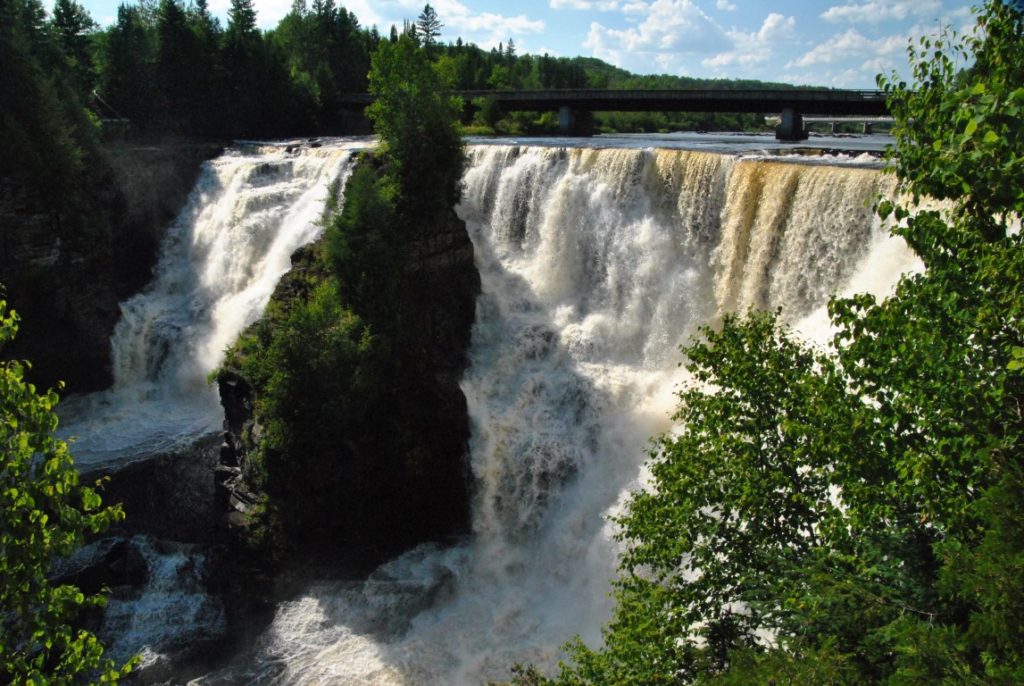 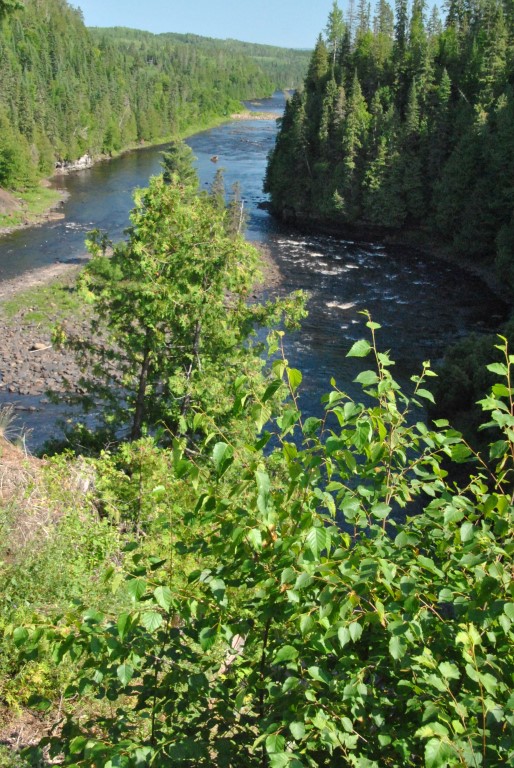 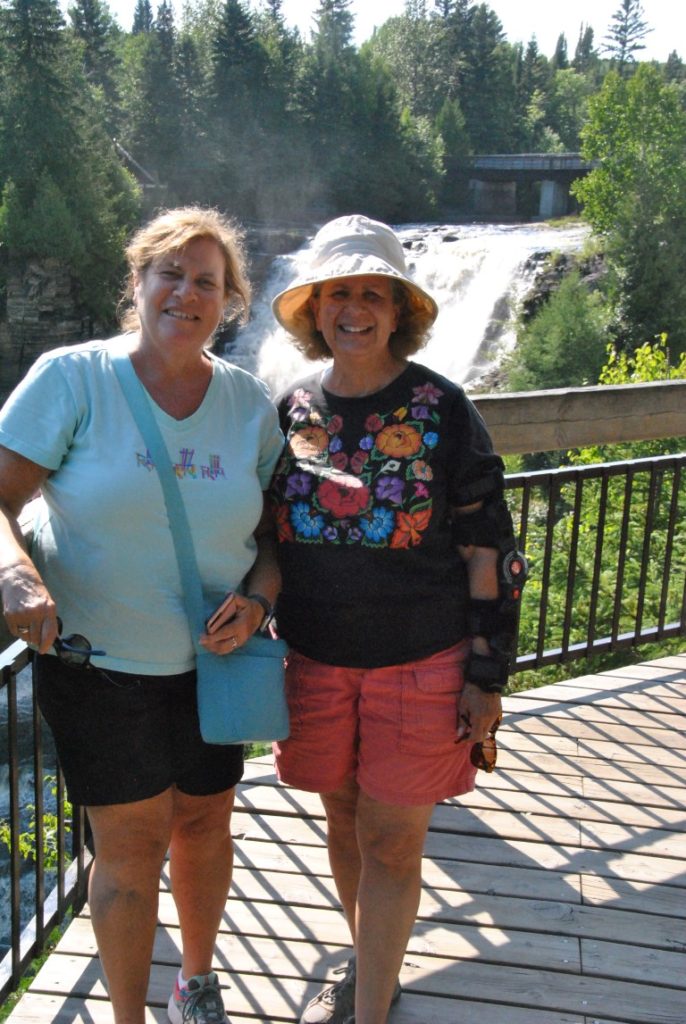 Construction on Hwy. 130 encouraged us to take a circuitous, and pastoral route back to Grand Portage.  Other days we hiked Mount Rose, Judith & Debbie visited the National Monument, and … of course … we played several games of Dominion!

A different trip to Grand Marais provided a lovely view of Lake Superior at Five Mile Rock and a visit to the “Worlds Best Doughnuts”. 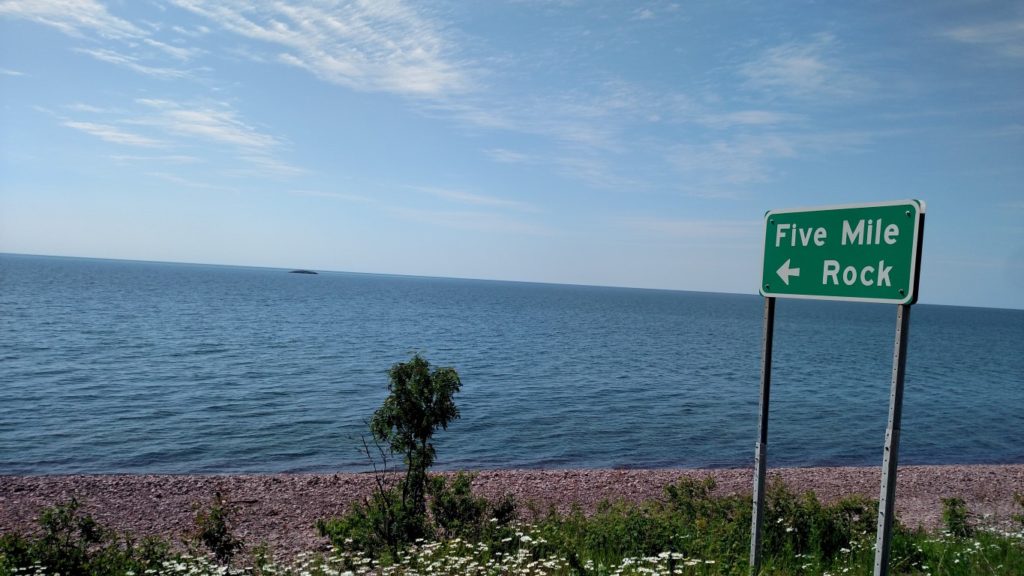 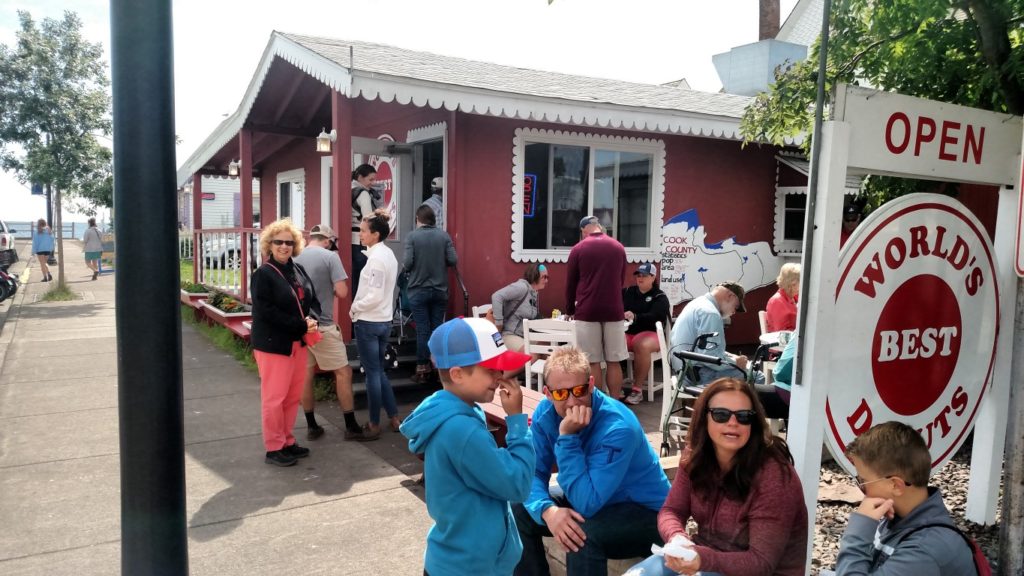 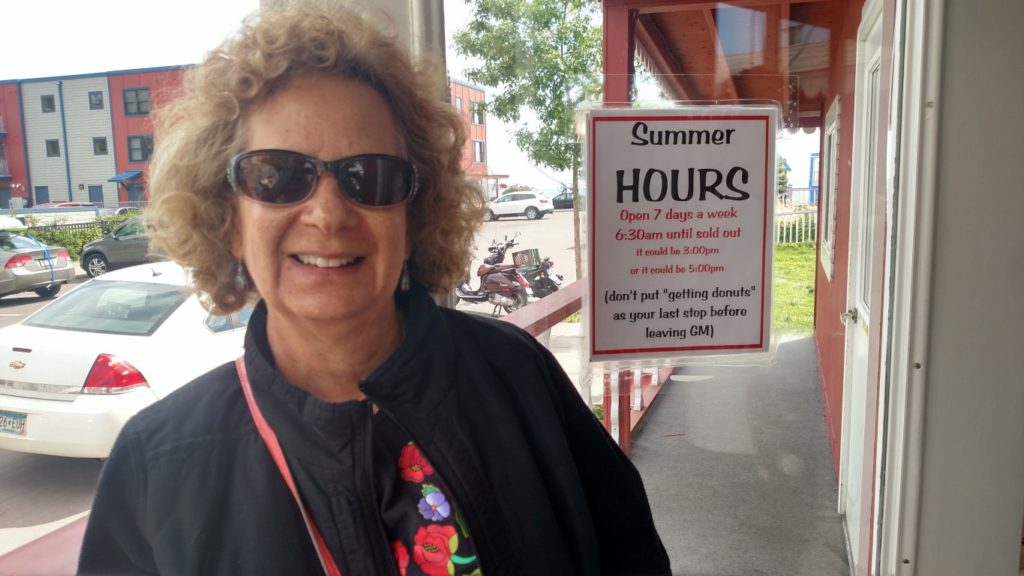