Monday (3/28) we had our last day for the season as Volunteers at Casa Grande Ruins National Monument.  It was a bitter-sweet day as we said “farewell” to all of the new friends we made over the last four months.  After the park closed we finished up at our trailer and pulled it out of the Volunteers Compound and into the RV section of the main parking lot – that way we had the whole parking lot to maneuver the truck & trailer!  Not a scratch! 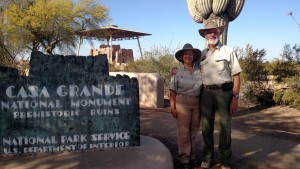 The last few days at the park have been beautiful and exciting.  There has been a mated pair of Great Horned Owls since the roof was erected over the Great House (actually, successive pairs – they live a long time, but not THAT long!)  “She” has been sitting on the nest the past several weeks, but Saturday she was off the nest for a while, and Sunday when she was off the nest we saw a fuzzy white head , two eyes, and a beak! We have seen two owlets for sure, and someone said they thought there might be a third in the nest!  So great excitement at the Ruins as everyone became “grandparents”! 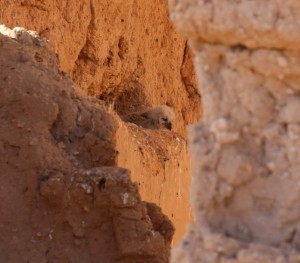 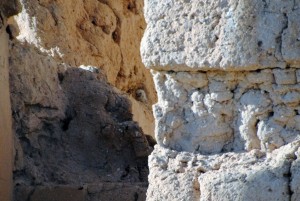 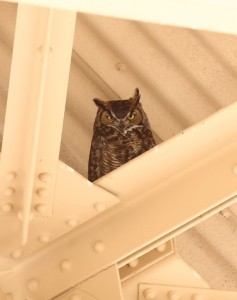 Many cactus and trees are also in bloom. 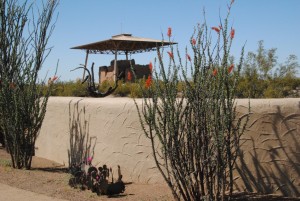 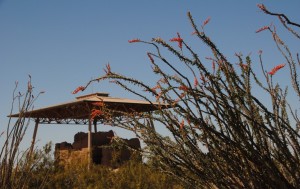 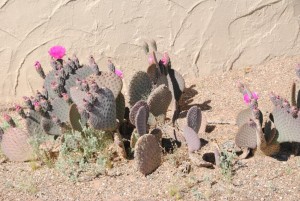 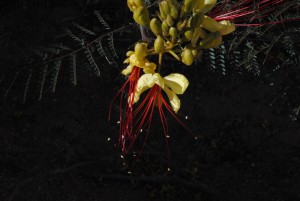 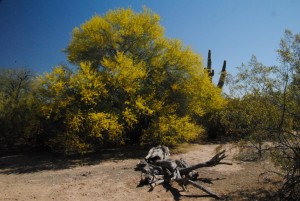 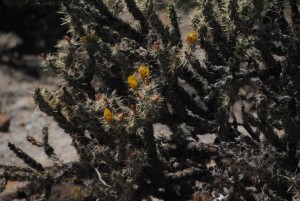 We started off Tuesday morning on the first leg of our April Adventure.   We stopped at the Bill Williams NWR and drove almost two miles back an “unimproved” road (read “rocks, gravel, and sand that was graded once upon a time”) until we found a spot wide enough for the truck & trailer.  Then we hiked the remaining mile and a half to the “parking area”.  It was beautiful scenery, but it was afternoon so we didn’t see much wildlife. 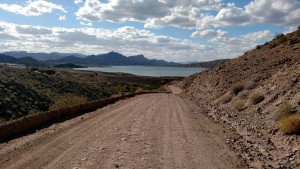 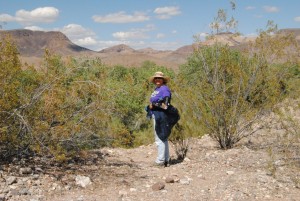 Since we were close to a couple Arizona State Parks, we stopped at one to check availability for an overnight site – yes, they had plenty of sites available – but they were not “inexpensive”.  We traveled on to a Bureau of Land Management property that is $FREE and we are not right up against anybody!  THIS is why we put in the solar panels!

2 thoughts on “The End – And a Beginning”